Will the Chinese adage ‘death by a thousand small cuts’ succeed in the case of His Holiness the Dalai Lama? 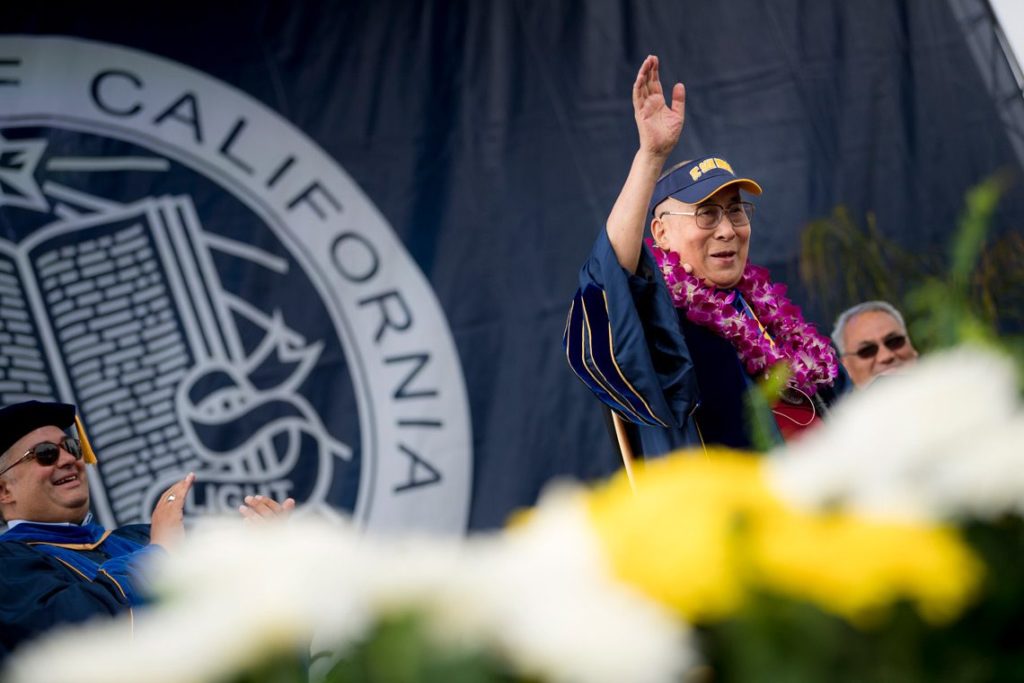 The most important event in recent times featuring His Holiness the Dalai Lama was his commencement speech at the University of California San Diego. As usual, China objected to the event. However, this time the mantle of the protests were carried by a section of Chinese students from the University who cited “diversity” and “inclusion” as the basis for their protests.

As absurd as it may seem to protest the presence of a Nobel laureate and a global icon of peace in a school of learning, these protests – yet again – helped garner more publicity to the event. According to the University, 25,000 commencement tickets available for sale were sold within just two hours. Once again, the law of unintended consequences seems to apply here as it did with His Holiness the Dalai Lama’s visit to Arunachal Pradesh in April this year. China’s protests only seem to help build the towering stature of His Holiness the Dalai Lama and his visits rather than obscuring it, as is China’s intention.

However one thing we should be wary of is the possibility of a sinister twist to these relentless assertions of pressure from the Chinese government. These protests not only employ strategic and tactical measures but also seem wickedly clever as they unfold slowly, steadily and stealthily, unsparing of every event featuring His Holiness the Dalai Lama.  It is reminiscent of the old Chinese adage ‘death by a thousand small cuts’. Such protracted efforts by the Chinese government do engender the normalization of protests against His Holiness thus making opposition or resentment against these protests much harder needless to mention expression of outrage against it has become stale and rancid.

Moreover, there is another reason why the protests by Chinese students at UCSC represent a new benchmark in deployment of Chinese government tactics. As more and more Chinese students enroll in American and European universities, they bring with them the watchful eyes and the propaganda rhetoric of the Chinese government. These find easy execution through the umpteen numbers of the Chinese Students and Scholars Associations. It is also leading to an increased interference of Chinese propaganda and politics in University campuses across the world thus causing a travesty of academic freedom.

Amid such a scenario, outright opposition, objection or confrontational measures seem like a foolhardy measure. The only solution that could have a lasting impact would be building bridges based on trust, dialogue and reconciliatory methods with these students. These are the basic tents of the principles of the Middle Way Approach. His Holiness’ wise advice tell us ‘differences are inevitable even within families, but these are embraced because ultimately it is what is shared that matters.’

Academia is one unique place that takes pioneering efforts in championing the cause of diversity and inclusion. Such opposition from students who parrot official communist party lines is reminiscent of the underlying intolerance and the knack for intimidation that was seen during the Cultural Revolution era.

Moreover, it is noteworthy that the key theme of His Holiness the Dalai Lama’s keynote address at the USCD commencement ceremony was on compassion. It was His Holiness who said ‘the oppressor needs compassion more than the oppressed.’  It is the potential of the innate human self that His Holiness emphasises, not the sins of the past or economics of making money.

I am sure if the protesting Chinese students had the wisdom and the goodwill to listen to His Holiness, an attitudinal shift is inevitable. By not listening to him, they have deprived themselves of a lifetime opportunity to see and hear the wise words of the world’s greatest champion of peace and compassion. But as the saying goes, there is always a next time and that you should be the author of your story, I am hopeful that the Chinese students will tread the right path based on reason and rationale and not premised on false propaganda and become victims of brainwashing. I am also hopeful that such a day will come beckoning us.

The famous Chinese adage ‘death by a thousand small cuts’ may have succeeded for other cases but in the case of His Holiness the Dalai Lama, it never did and will never succeed.