Why is China constructing new Gulags in Tibet? 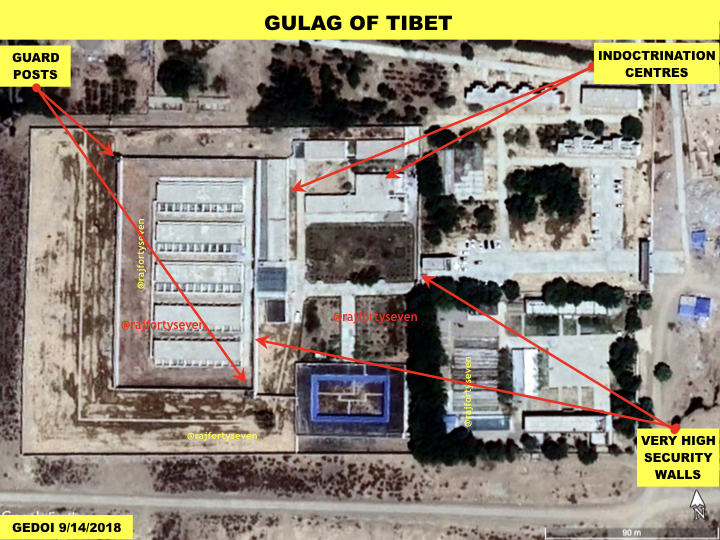 An alarming report recently published in The Print, revealed at least three new gulags under construction in Tibet through satellite imagery. The term gulag is generally used to refer to the Soviet-era forced labor camps which China calls “Re-education Through Labour” (RTL) also known as laojiao.

The RTL camps were initially intended to purge the counter-revolutionaries, landlords and rightists opposing the newly installed Communist Party government. But with changing times, RTL camps became pivotal in crushing all forms of dissent by detaining and torturing people involved or suspected to be involved in exercising their legal rights like expressing opinions, holding peaceful protests etc. The Chinese Ministry of Public Security exercised sweeping power in deciding who should be sent to RTL camps and for how long, without any due process or judicial review. Often people ended up spending more than 20 years in RTL camps.

Innumerable Tibetan monks, nuns and laypersons opposing the human rights violations have been sentenced to RTL camps and tortured since 1955 even before official acknowledgment by China on the existence of RTL camps. By 2012, there were 250,000 officially recorded detainees in 350 RTL camps throughout China.

After huge international outcry over the human rights abuses carried out in RTL camps and calls for abolishment of RTL facilities, the Standing Committee for National People’s Congress officially abolished RTL facilities as per the commitment of Chinese Communist Party in third plenum decision in 2013. But this has been a mere cosmetic change to the system.

The gulags or “Re-education Through Labour” facilities have continued to function under different names as predicted by the Tibetan Centre for Human Rights and Democracy (TCHRD) in its special report titled “Gulags of Tibet” published in 2014. 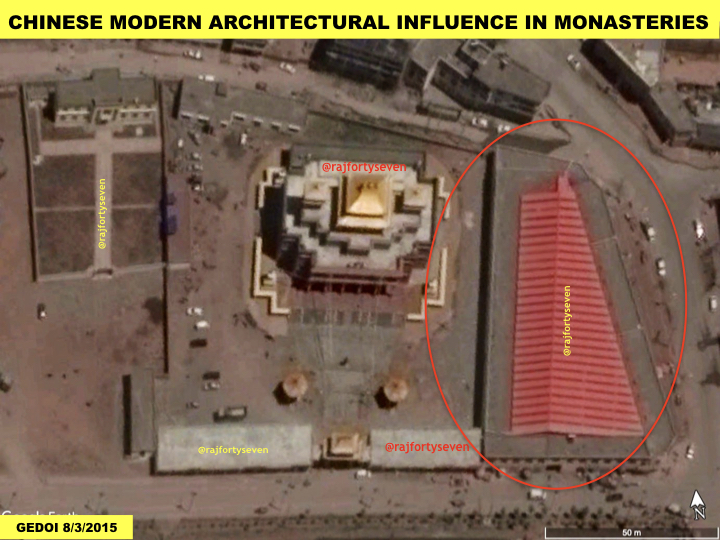 The recent reports of new gulags being constructed in Tibet is alarming specially in the wake of the revelation of RTL camps, which China now calls ‘vocational centres’, in Xinjiang. “The existence of ‘Re-education Through Labour’ camps or gulags in Tibet has been long reported. It is no surprise that this system was introduced in East Turkestan (Ch: Xinjiang) by the same Communist Party Secretary, Chen Quanguo who perfected this system in Tibet when he was Party Secretary to the so-called ‘Tibetan Autonomous Region’.  What is alarming in this report is that monasteries are now being converted into gulags and new gulag monasteries are being constructed solely targeting the Buddhist nuns and monks of Tibet. How can China now claim to be the “land of Buddhism” when they intend to eliminate the preachers and practitioners?” remarked Sonam Dagpo, Spokesperson of Central Tibetan Administration and Secretary of Department of Information and International Relations, CTA

The satellite imageries were analysed by Col. Vinayak Bhat (Retd.) who has worked as satellite imagery analyst for more than two decades in the Indian Army. During his presentation at Tibet Policy Institute, he remarked, “These are gulags not ‘vocational centers’ or ‘re-education camps’, constructed with the sole purpose of indoctrinating Tibetan monks and nuns and laypersons. These are being constructed in remote isolated areas with modern Chinese architectural influence and 5.5 metres thick high walls. The level of security at these places are similar to that of nuclear sites.”

Dukthen Kyi heading the UN, EU and Human Rights Desk, DIIR, CTA, was concerned by the report and remarked, “the question remains why is China constructing such high-tech high-security gulags in Tibet. Should we be bracing up for further clamping down of Tibet specially with this year being the 60th anniversary of Tibetan Uprising Day!”