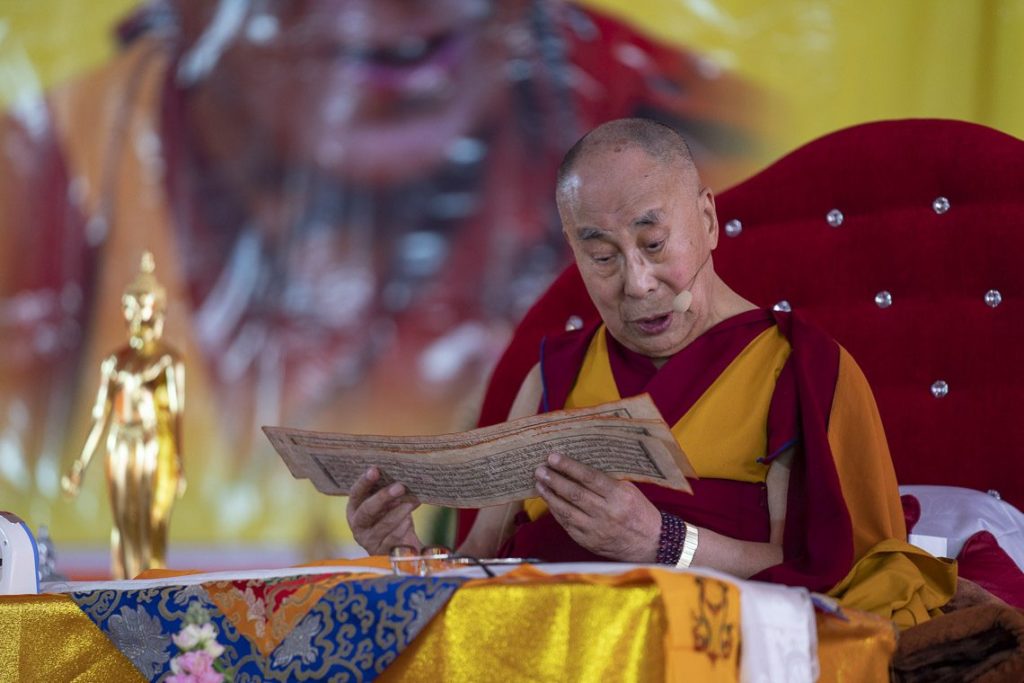 His Holiness the Dalai Lama reading from the Shantideva’s text ‘A Guide to the Bodhisattva’s Way of Life’ on the second day of his teaching in Sankisa, UP, India on December 4, 2018. Photo/Lobsang Tsering/OHHDL

Sankisa: “Some people consider that the practice of love and compassion is only related to religious practice and if they are not interested in religion they disregard these inner values. But love and compassion are the basis of human survival,” His Holiness the Dalai Lama told devotees in Sankisa, Uttar Pradesh.

While preaching the Indian devotees on Shantideva’s text ‘A Guide to the Bodhisattva’s Way of Life’, His Holiness underlined that the purpose of religion is to train our mind constructively and inspire love and compassion in our daily lives.

“Followers of Islam, Judaism, Buddhism, Christianity should not just visit their temples, mosque, churches and so on, but on daily basis, integrate the respective teachings within themselves. So that they can achieve transformation.”

Otherwise, He said the dharma will not serve its purpose. “Religion is not about building temples; these are part of religious practice, but most important is to control and discipline your mind.”

When one is motivated by compassion and wisdom, the results of those actions benefit everyone. “Simply based on this logic, one can believe in the power of love and compassion. It is not about religion or having faith in God.”

He added, “We all want peace of mind, when you have it from within, you will not harm to others. Therefore, it is very important to develop and train oneself in these positive emotions.”

His Holiness abruptly began the main discourse on the Shantideva’s text, saying that it was the one of the most important text for disciplining one’s mind.

“In 1967, I received a commentarial guided teaching on this text from Khunu Lama Tenzin Gyaltsen Rinpoche. Khunu Lama Rinpoche himself told me that it would be very beneficial if I teach this text more often.

“Since I received the teaching from him, I have taught this text many times over the years. I read it over and again.”

He noted that the text Bodhichariyavatara and Mulamadhyamakakarika, The Fundamental Wisdom of Middle Way by Nagarjuna could be recognised as the two most important texts from amongst the translations that are in Tibetan treatises of Indian master. 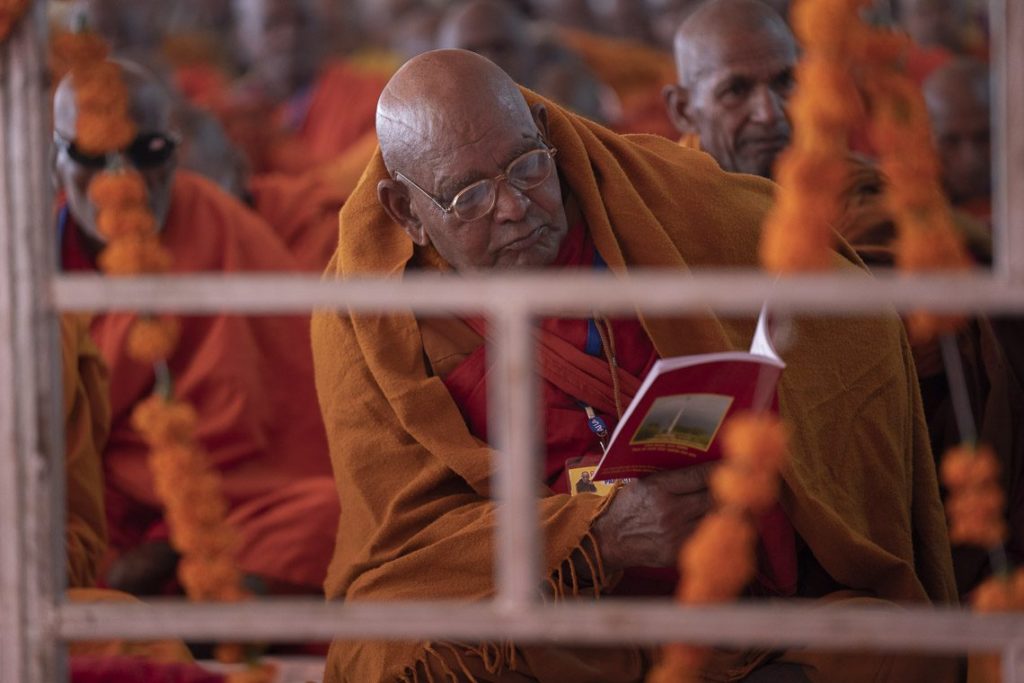 Members of the audience reading the Shantideva’s text ‘A Guide to the Bodhisattva’s Way of Life’ as His Holiness the Dalai Lama leads the teaching on the second day in Sankisa, UP, India on December 4, 2018. Photo/Lobsang Tsering/OHHDL