We Must Foster the Sense of Oneness of Seven Billion Human Beings: His Holiness the Dalai Lama in Florence 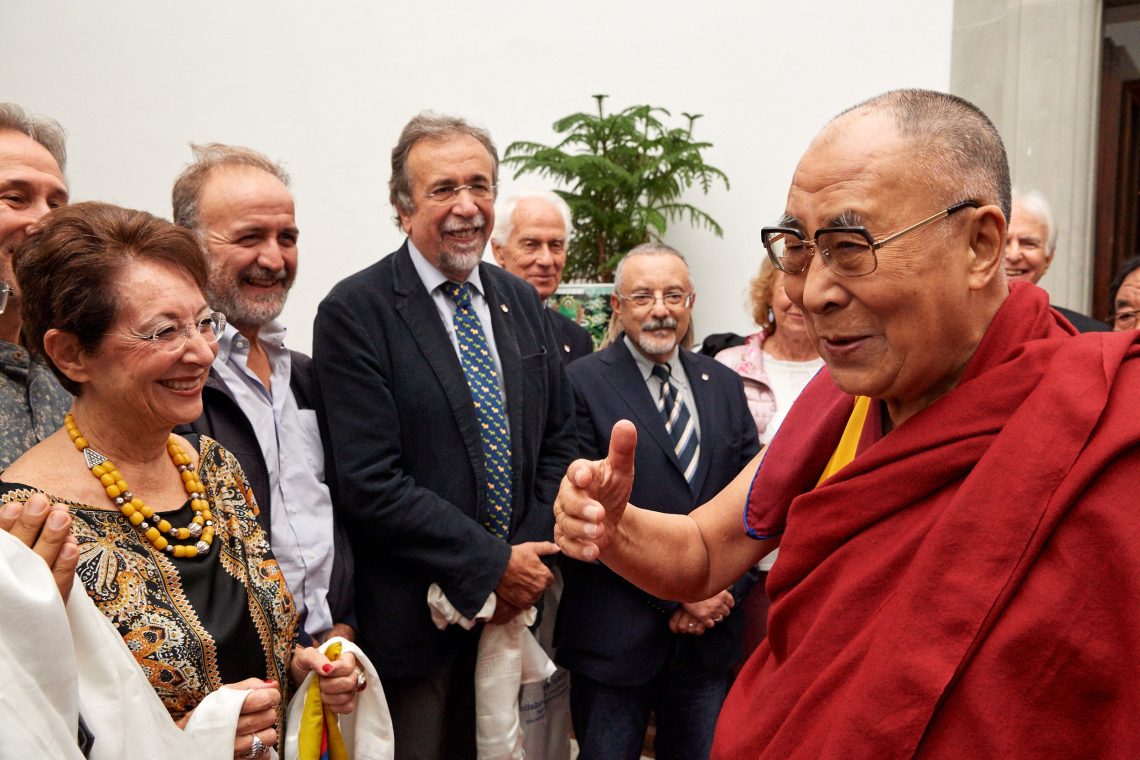 His Holiness the Dalai Lama greeting well-wishers as he departs from the hotel to the Mandela Forum in Florence, Italy on 19 September, 2017. Photo by Olivier Adam

FLORENCE, Italy: His Holiness the Dalai Lama made a clarion call to utilise the innate human potential to achieve peace and promote happiness and unity at an interfaith meeting in Florence, Italy held as a part of the Mandela Forum. 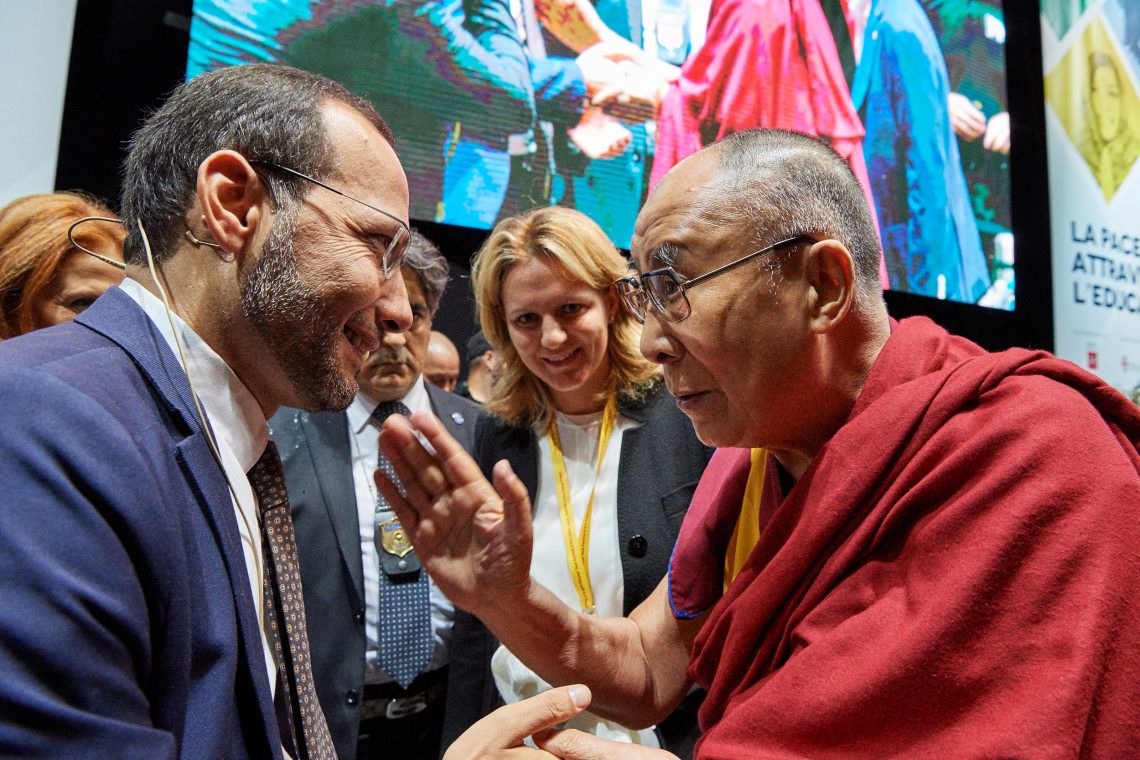 His Holiness greeting the President of Italian Islamic communities and Imam of Florence, Izzedin Elzir at the Interfaith meeting in Florence, Italy on 19 September, 2017. Photo by Olivier Adam

The interfaith meeting centered around the theme “Freedom Through Rules” was attended by over 6000 people who flocked to the city to listen to the Tibetan spiritual leader speak. The meeting was also represented by figures from major religious faith such as Judaism, Islam and Christianity.

The Mayor of Florence, Dario Nardella presented His Holiness with the city of Florence’s “Seal of Peace”, the highest and oldest honour of the city, for his contribution to world peace.

As he took to the stage to address the gathering, His Holiness the Dalai Lama emphasised the oneness of humanity and explained that all human beings irrespective of race, caste, creed or religious belief has the equal potential to bring peace. He urged the public to utilise that potential, innate in all of us, to foster love and kindness and promote unity and happiness in  the world.

“When we are born, we are like this little girl here, with no thought of ‘us’ and ‘them’, just ready to respond to any who smile and show affection, whatever their nationality, family or social background,” His Holiness said, pointing to a girl in the audience and implying that racial and religious divisions are man-made.

“Creating divisions provokes an unease that can easily spiral into violence. And yet deep down we are one. We are the same in being human—no differences between us,” His Holiness said.
“Secondary differences on the basis of religious faith, creates a strong sense of division which creates distance, hence paving way to distrust. Distrust creates uneasiness or some kind of irritation which further develops to violence. This is why; these days I keep mentioning the fact that we need the sense of oneness of seven billion human beings,” His Holiness explained. 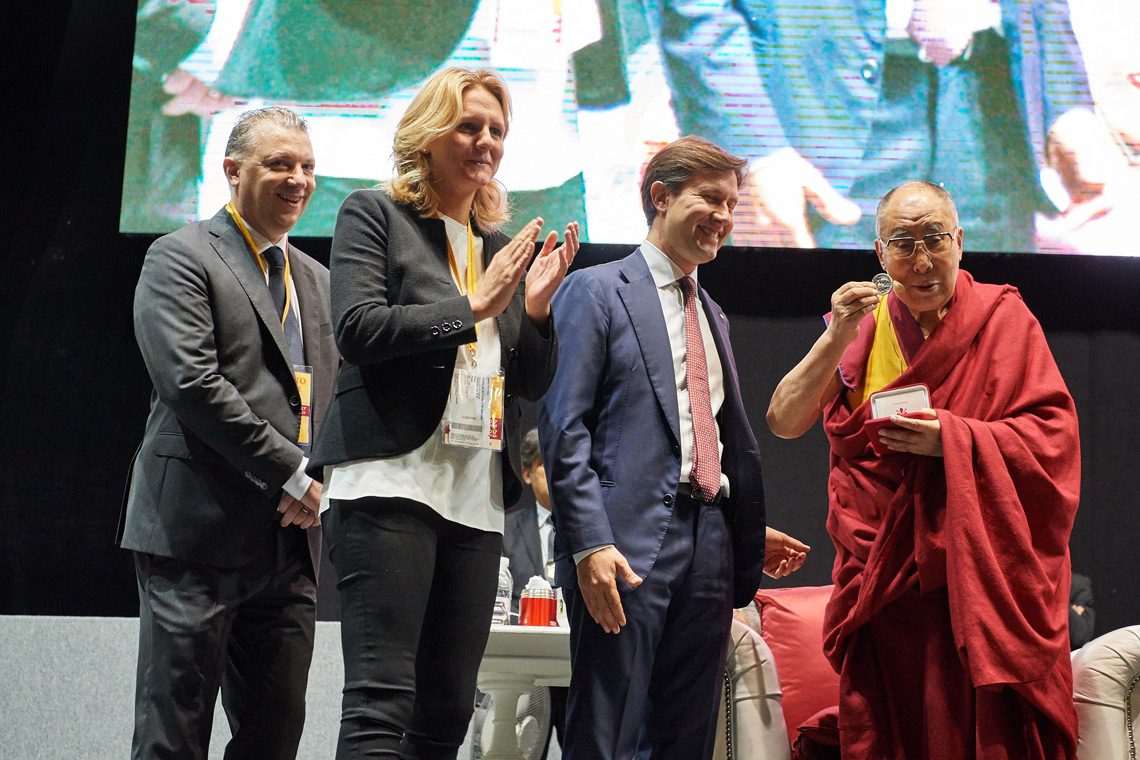 Director of Instituto Lama Tzong Khapa, Filippi Scianna and organizer of the event Francesca Campana Camparini looking on as Mayor of Florence, Dario Nardella presents His Holiness with the city of Florence’s “Seal of Peace” at the Mandela Forum in Florence, Italy on 19 September, 2017. Photo by Olivier Adam

“It is very helpful to maintain joyfulness and peace. If you show them that as a human brother, then they, in most cases, will respond as a human brother. This is why the sense of oneness of humanity is important; it is for our own happiness and joyfulness.”

“Unfortunately, in today’s world even religious faith causes some kind of conflict and division. This is a serious matter of concern because all major religious traditions carry the same message- the message of love, forgiveness and tolerance. All major religious traditions in the world have the same potential to serve humanity; to bring love, forgiveness and tolerance among humanity” affirmed His Holiness.

His Holiness clarified that the notion of a ‘Muslim terrorist’ is very wrong. “Terrorist is terrorist. You should not describe Muslims as terrorist. I have a lot of Muslim friends in India and also in different places. One main practice or teaching of Islam is that we should extend our love to all the creatures of Allah. If one Muslim creates bloodshed, then he is no longer a practitioner of Islam.” 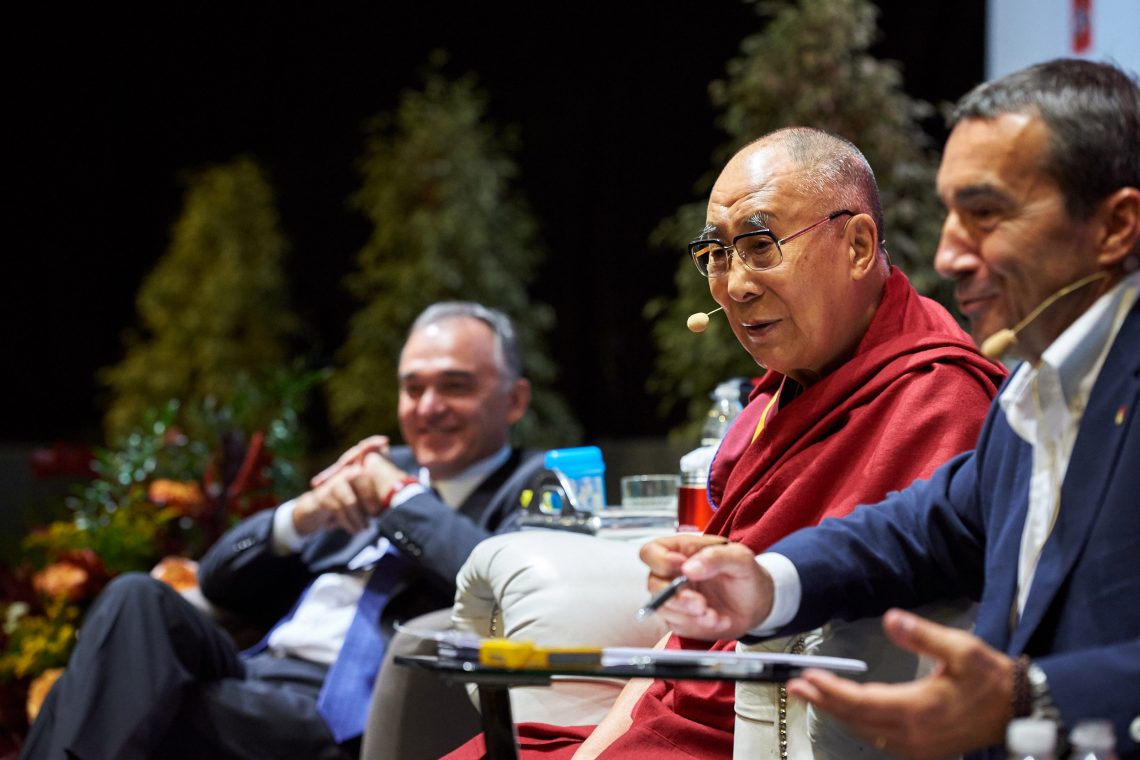 His Holiness during his interactions with the audience at the Mandela Forum in Florence, Italy on 19 September, 2017. Photo by Olivier Adams

As the interfaith meeting drew to a close, His Holiness applauded the objectives of the gathering and said, “I hope that our message of religious harmony reaches everyone,” drawing a large round of applause from the audience.

His Holiness also briefly gave an audience to over 150 Tibetans. He reiterated his commitment to preserving the Tibetan culture, which is premised on the principles on peace and nonviolence and to protect Tibet’s environment. 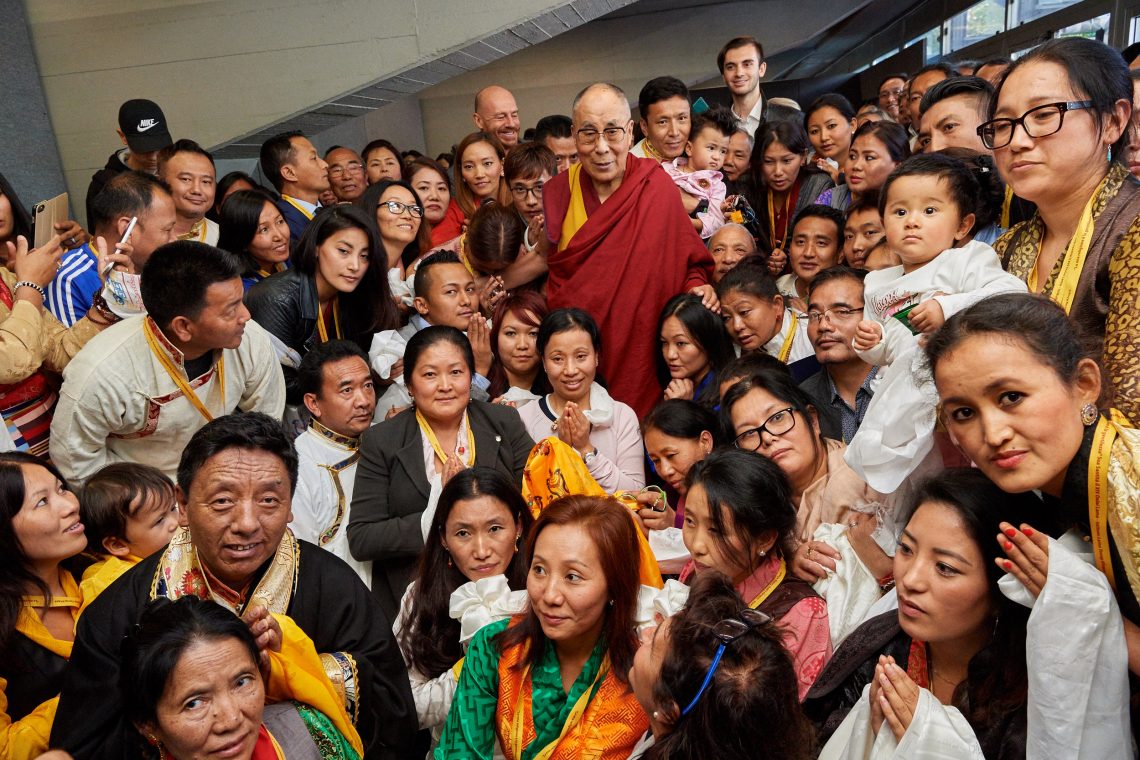 His Holiness with members of the Tibetan Community after the meeting in Florence, Italy on 19 September, 2017. Photo by Olivier Adam