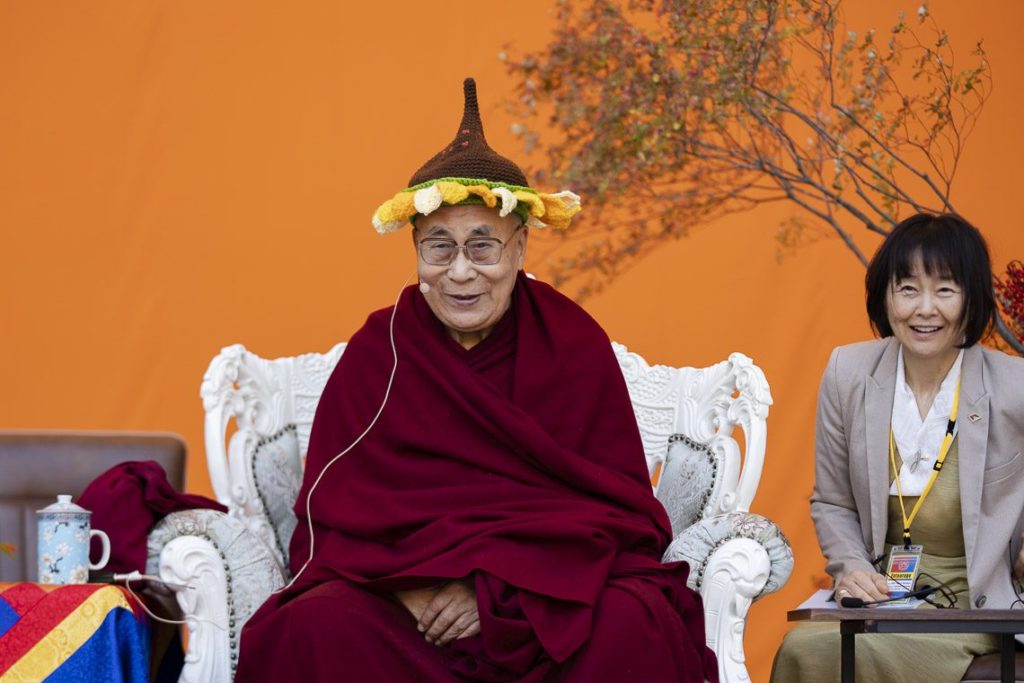 His Holiness the Dalai Lama puts on a hat offered by a member of the audience at the conclusion of his talk on ‘One – We are one family’ at the Hibiya Open-Air Concert Hall, Tokyo, 17 November 2018. Photo/Tenzin Choejor

Dharamshala: About a few thousand people packed into the Hibiya Open-Air Concert Hall on Saturday to hear His Holiness the Dalai Lama deliver a talk titled ‘One – We are one family’.

The event was organised by Sherab Kyetsel Ling Institute and supported by Liaison Office of His Holiness the Dalai Lama (Tibet House Japan), Mongolian and Tibetan Culture Exchange Support.

Joining with him in the conversation were Ai Tominaga, fashion model and Kenji Kohashi, event producer and film director.

“The concept of sense of oneness of 7 billion human beings is immensely beneficial to open your hearts. As a result of too much self-centred attitude, one experiences more anxiety, stress and eventually anger. Once we consider entire human beings our brothers and sisters, we can easily communicate and smile.

Pointing to the crowd, His Holiness said, “In your Japanese tradition, unless introduced, you remain reserved; useless. As soon as we meet, we recognise that it is another human being and we can easily shake hands, not waiting to be introduced.”

“I myself practice these things and find immense benefit. From leaders to beggars, all are same human beings.”

Reminded of his meeting with an old Japanese friend and survivor of the Hiroshima nuclear attack, His Holiness recounted the meeting. “Many years ago, I visited Hiroshima and Nagasaki. When I visited the place, I met an old woman who had experienced suffering because of nuclear radiation. Her watch had stopped at 10 o’clock and the other half of the watch had melted because of the sheer radiation of the bombing.”

“Now the time has come. We should not repeat the pain and bloodshed of the past century.”

“In order to create a happy family, a happy community, all these basis of happiness first start with an individual. We should utilise our intelligence to strengthen our inner values such as warmheartedness.”

He said one could look at the example of a loving mother to understand human’s innate need for love and care.

“According to scientists, basic human nature is more compassionate. Obviously, the entire 7 billion human beings came from their mothers and have been nurtured and survived by mother’s tremendous loving kindness.

His Holiness found that the current education system with its focus geared towards material development has failed to nurture human’s basic compassionate nature.

His Holiness argued that grounding moral values in religion is no longer required nor adequate. “Simply use common sense and looking at scientific finding, we can understand that warmheartedness is important for our health.”

The talk was followed by a discussion between His Holiness and a group of artists and cultural innovators.

Kenji Kohashi, event producer and film director and Ai Tominaga shared their impressions of meeting His Holiness in the past and particularly of their experiences relating to Tibetan Buddhism. 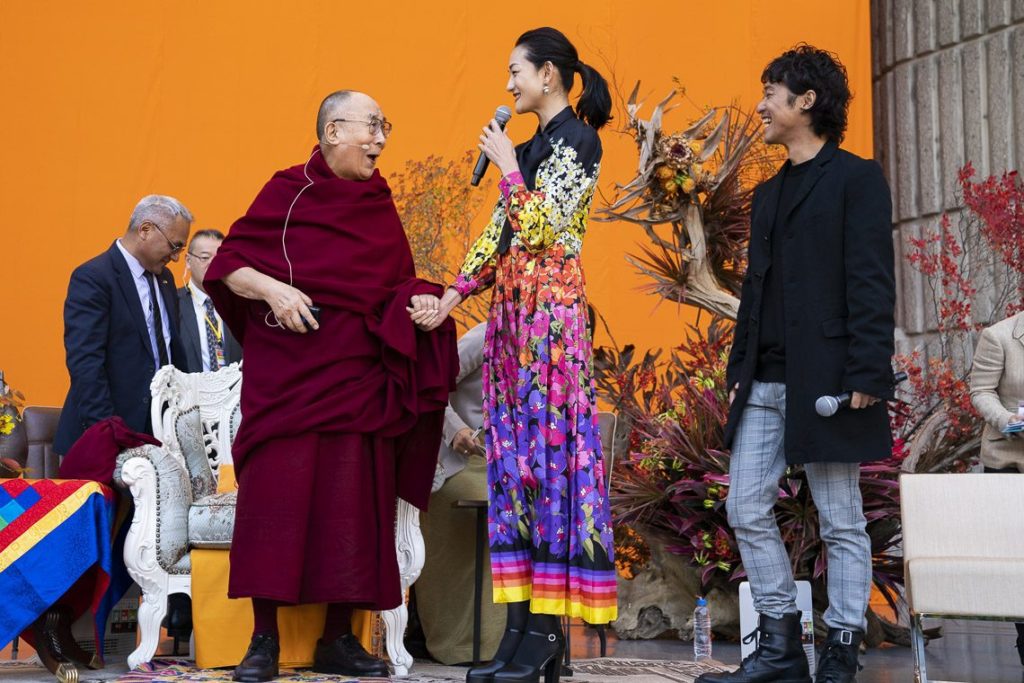 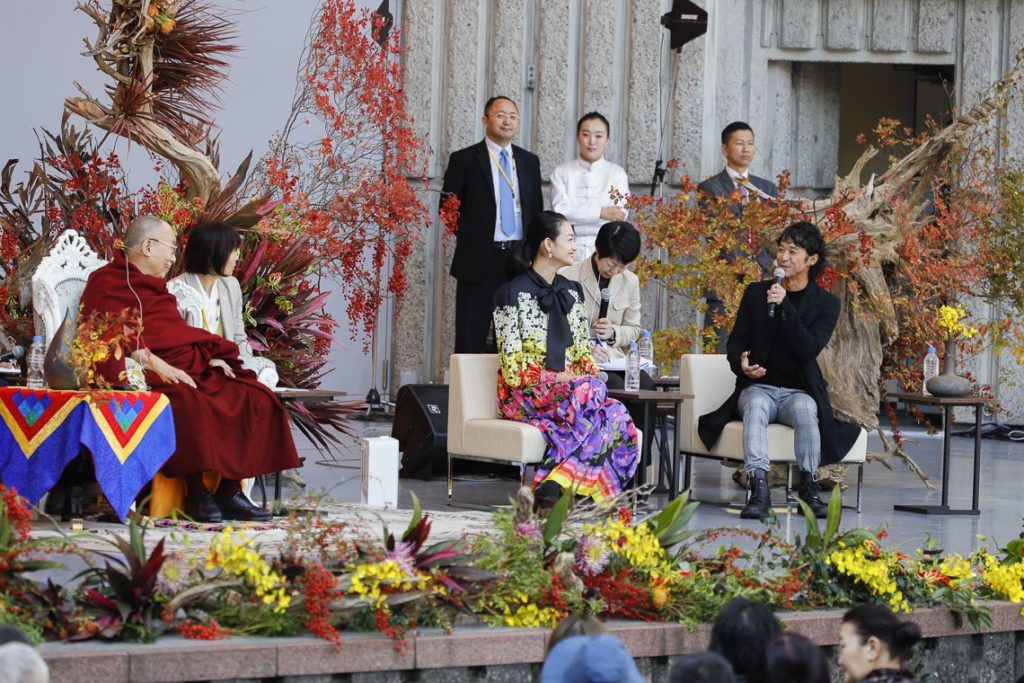 Kenji Kohashi, event producer and film director speaking to His Holiness the Dalai Lama during the event, 17 November 2018. Photo/Tenzin Jigme 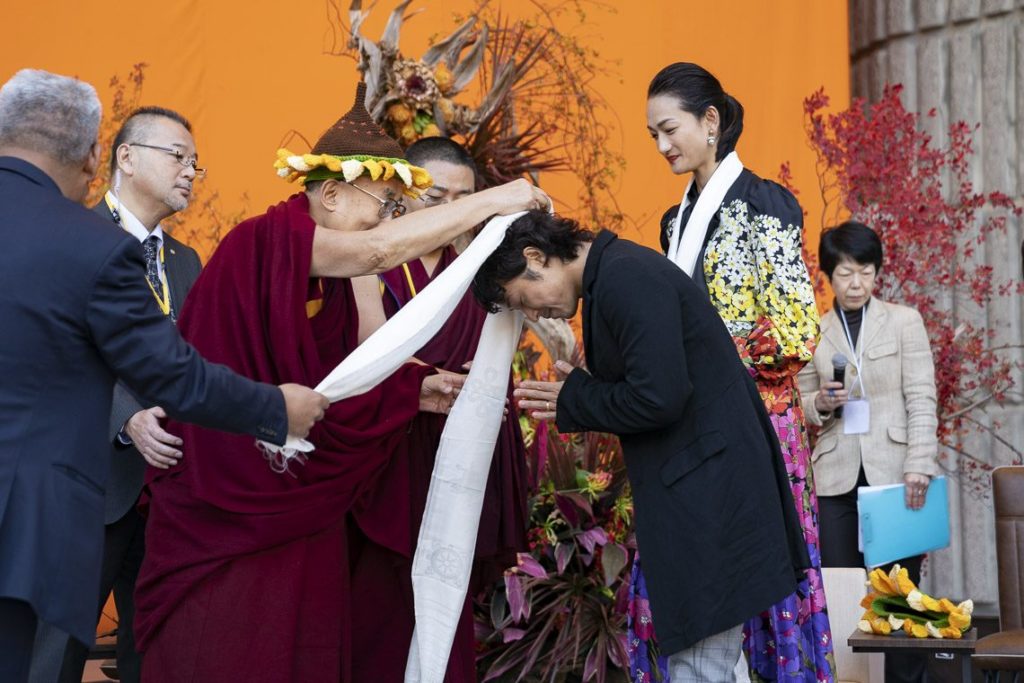 His Holiness the Dalai Lama presenting a traditional Tibetan scarf to Kenji Kohashi at the conclusion of the talk, 17 November 2018. Photo/Tenzin Choejor 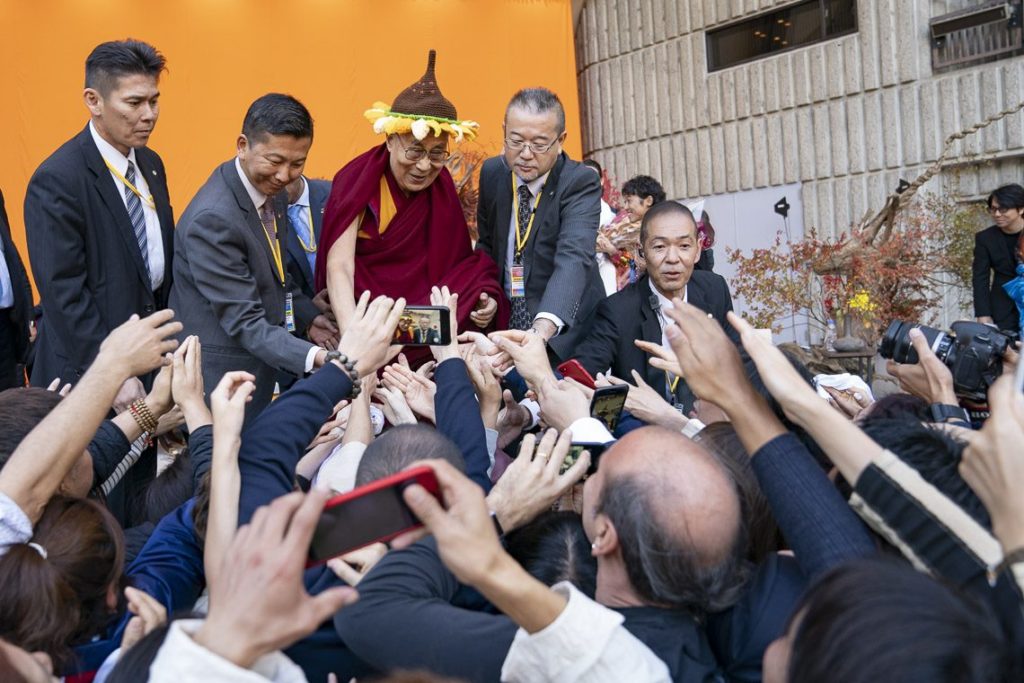 His Holiness the Dalai Lama reaching out to shake hands with members of the audience at the conclusion of his talk, 17 November 2018. Photo/Tenzin Choejor