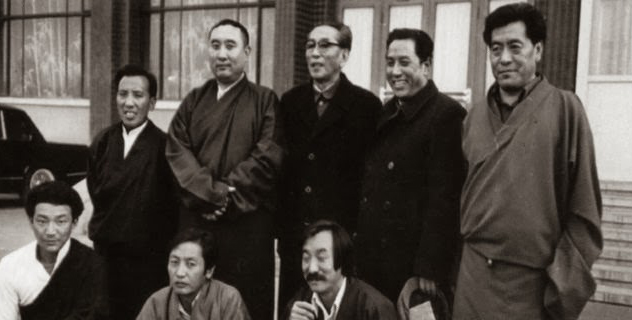 DHARAMSHALA: Bawa Phuntsog Wangyal passed away in Beijing on March 30, 2014 at the age of 92. He founded the Tibetan Communist Party in the 1930s, which subsequently merged with the Chinese Communist Party.

“The Central Tibetan Administration in Dharamshala extends its profound condolences to his family.  We hope the Chinese leadership will take heed of the veteran Communist leader’s wisdom and far-sighted vision to resolve the issue of Tibet,” said Sikyong Dr. Lobsang Sangay.

Born in 1922 in Bathang, in eastern Tibet’s Kham province, he was a key figure in drafting the 17-Point Agreement to ensure Tibetan people’s right to regional national autonomy. He was the key interpreter in numerous discussions between His Holiness the Dalai Lama and Mao Zedong when the Tibetan leader visited China from 1954 to 1955. As an early convert to socialism, he worked tirelessly to create a socialist Tibet that would encompass all Tibetans in the three traditional provinces of Kham, Amdo and U-Tsang under a single administration. He truly believed it would bring egalitarianism in the Tibetan society.  Despite his contributions, he was arrested by the Chinese authorities in 1960 for his so-called advocacy of local Tibetan nationalism and spent 18 years in solitary confinement. Despite undergoing immeasurable suffering, he remained a vocal critic of the Chinese Communist Party and its misguided policies in Tibet.

Following his release during Deng Xiaoping’s liberalization policy, his membership in the Party was restored.  He remained a Tibetan patriot throughout his life and met with all the Tibetan delegations from exile which visited Tibet from 1979 to 1985.  In his recent autobiography, he reiterated that His Holiness the Dalai Lama be allowed to return to Tibet to bring lasting peace in China.

Phuntsog Wangyal has openly supported the Middle Way Approach proposed by His Holiness the Dalai Lama as a pragmatic solution to the current crisis in Tibet. He stated that “the Dalai Lama’s Middle Way Approach of seeking only a meaningful autonomy for Tibet rather than independence, in the present critical context, is an expression of the great responsibility he takes in giving serious thoughts over the fundamental interests of the Tibetan people. It also shows that he takes great responsibility in understanding the issues concerning both sides and in carefully studying the changing circumstances. Furthermore, it is a thinking that is based on reality and foresight.”

Phuntsog Wangyal is survived by his wife Tseten Dolkar, his four children and grandchildren.