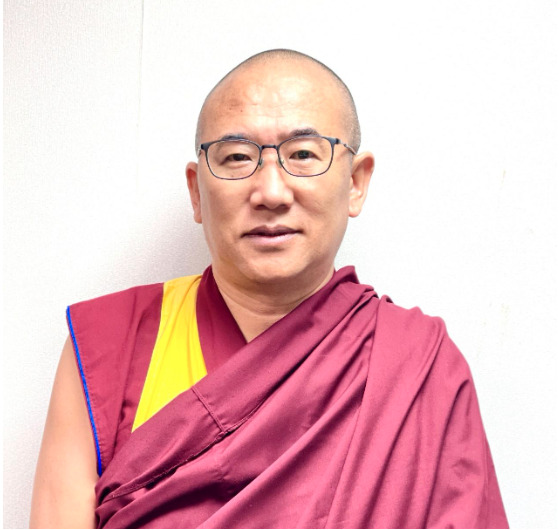 Taipei: The new Buddhist teacher appointee at the Office of Tibet in Taiwan, Ven Geshe Tenzin Namdrol, attended his first day at the office on Monday, 1 August 2022 following the transfer of his predecessor Ven Geshe Jamphel Choezin.

Ven Geshe Tenzin Namdrol from Gaden Jangtse Thoesam Norling Monastery was earlier pursuing his doctorate in Religious Studies at National Political Science University based in Taipei before taking part in the examination for the aforementioned post.

The new post-holder Ven Geshe Lharampa Tulku Tenzin Namdrol was born in Lhasa where he completed his schooling and later enrolled in  Tibetan Children’s Villages School Suja following his escape to India in 1992. Five months after his enrolment, he was recognised as the reincarnation of Geshe Lobsang Wangdue Rinpoche (the top position holder of Lharampa examination in 1958) by His Holiness the Dalai Lama.

After his ordination, Ven Tenzin Namdrol began his religious studies on the five volumes of teachings at Gaden Jangtse Thoesam Norling Monastery and eventually completed his Lharampa degree in 2010. Subsequently, he studied tantric at Gyudmey Monastery and topped Ngagrampa (highest degree in Buddhist Tantra studies) examination.

In 2012, he was sent to study the Chinese language in Taiwan from Gaden Phodrang Office and later received a degree certificate of Research Study in 2020 after a couple of years of studying research methodology at Xuanzang University. In 2021, he got selected in the doctorate program of Religious Studies at National Political Science University through entrance examination before his appointment as a Buddhist teacher at the Office of Tibet, Taiwan.