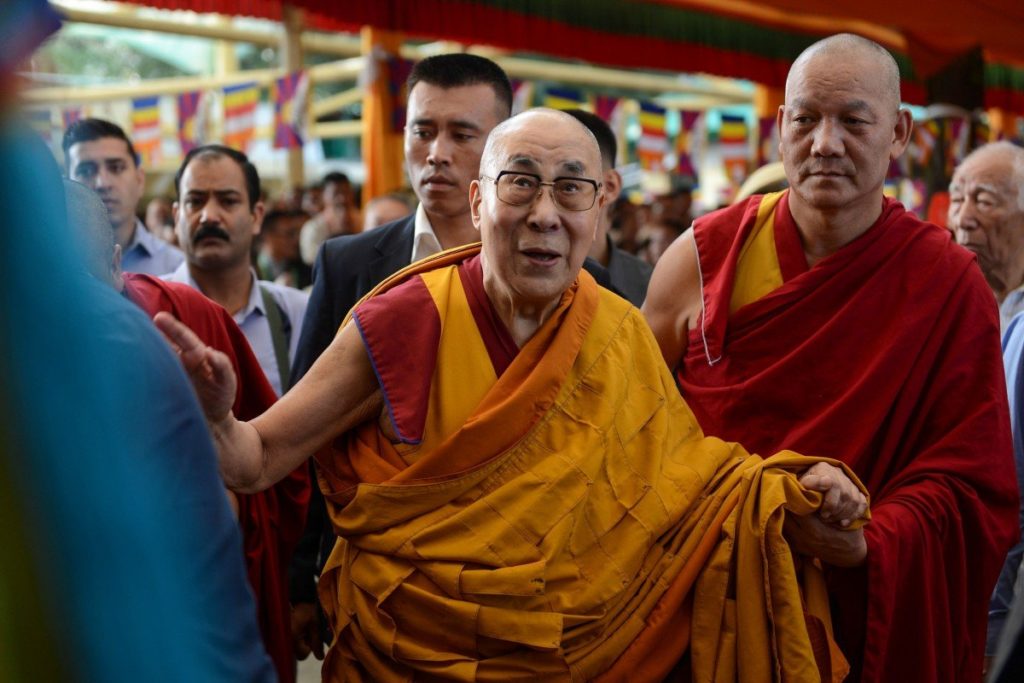 The Dalai Lama says he plans to outlive the Chinese Communist Party. Photo/AFP

Dharamshala: The United States wants the United Nations to take up the Dalai Lama’s succession in an intensifying bid to stop China from making its meritless claims over the religious succession, the US Ambassador-at-large for International Religious Freedom Sam Brownback told AFP.

“I think it’s really important to have an early global conversation because this is a global figure with a global impact,” he said referring to the Dalai Lama.

Ambassador Brownback had spoken at length about the succession issue with His Holiness the Dalai Lama during their meeting in October.

The Ambassador had told the Dalai Lama that the US would seek to build global support for the principle that the choice of the next Dalai Lama “belongs to the Tibetan Buddhists and not the Chinese government”.

“That’s the big thing that we’re really after now, to stir this before we’re right in the middle of it. If something happens to the Dalai Lama, that there has been this robust discussion globally about it ahead of time.”

“I would hope that the UN would take the issue up,” he told AFP, adding that China with its veto power on the Security Council would block any action, but countries could at least raise their voices at the United Nations.

“So they’ve [Chinese Communist Party] got a plan and I think we have to be equally aggressive with a plan.”

Late October, the US Ambassador at Large for International Religious Freedom visited the headquarters of Central Tibetan Administration [CTA] at the invitation of the CTA President Dr Lobsang Sangay in what was seen as the strongest political gesture of support for the Tibetan people and their religious freedom.

Alice Wells, Acting Assistant Secretary of State, Bureau of South and Central Asia, had said the Ambassador’s meeting with His Holiness in Dharamsala emphasized enduring U.S. support for the Tibetan people.

The Ambassador for Religious Freedom also made clear in his statement here at Dharamshala that the US stance on the reincarnation of the Dalai Lama is in accordance with the resolutions passed at the third Special General meeting of Tibetan people.

Amb Brownback is one of the highest US officials to have led an official visit to the CTA.