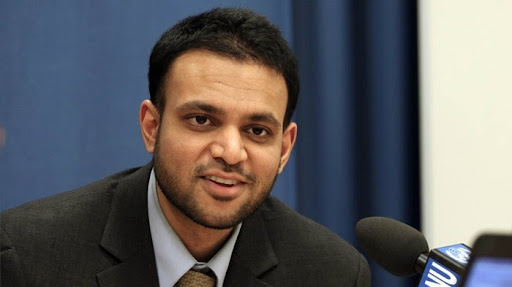 Washington DC:   US Senate confirms Rashad Hussain as Ambassador-at-Large for International Religious Freedom on December 17, 2021. Rashad Hussain has become America’s new ambassador-at-large for international religious freedom, after the US Senate voted 85–5 last night in favour of his historic nomination as the first Muslim to hold the position.

Former  IRF ambassador Sam Brownback praised the decision and its bipartisan majority. “Religious persecution is rampant around the world, and the international community looks to the United States for leadership that can make a difference,” he stated.

When President Biden names First Muslim Religious Freedom Ambassador in October 2021, Hussain vowed to ensure that religious freedom issues would never be sacrificed in diplomatic or economic negotiations with China.

“China is one of the worst abusers of religious freedom in the world,” Hussain said in response to a question about America’s response to the Uyghur genocide. Hussain called for increased US pressure on China to alleviate the suffering of not only the Uyghurs but Tibetan Buddhists, Chinese Christians, and members of the Falun Gong religious movement. 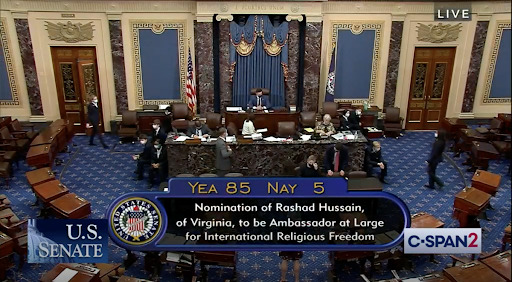 On behalf of His Holiness the Dalai Lama and Central Tibetan Administration(CTA), Representative of His Holiness the Dalai Lama and CTA to North America Dr Namgyal Choedup congratulated  Ambassador-at-large Rashad Hussain. He looks forward to working together with the Ambassador to bring religious freedom in Tibet, East Turkestan, Southern Mongolia, Hong Kong and Mainland China. Representative Choedup thanked former Ambassador Samuel Brownback for his great support for Religious freedom in Tibet. 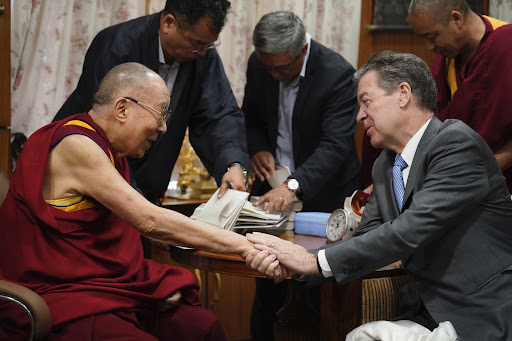 The former Ambassador-at-large for International Religious Freedom Samuel Brownback visited Dharamshala and met with His Holiness the Dalai Lama and senior Tibetan officials in October 2019.