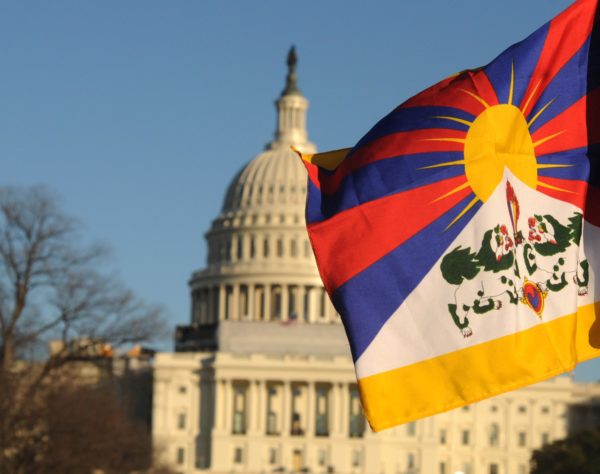 Dharamshala: The US President Donald Trump signed the ‘Consolidated Appropriations Act, 2019’ on Friday, 15 February which sanctioned the fiscal year 2019 funding for several government departments through September 30, 2019. The Appropriation bill included (not less than) $8 million for the Tibet Autonomous Region and other Tibetan communities in China; $6 million for Tibetan community in India and Nepal; and $3 million to strengthen the capacity of Tibetan institutions and governance in exile. In addition to the total $17 million listed here, there are also other Tibetan programs from the US government.

Kelsang Dorjee Aukatsang, who currently spearheads the Social and Resources Development Fund (SARD), a CTA-run organisation responsible for resource mobilisation and development efforts of Tibetans in South Asia said the passage of this legislation ensures that there will be no interruption to the important development work within the Tibetan community.

“These funds are critical in Central Tibetan Administration’s efforts to ensure the long-term resiliency of the Tibetan community, culture, key institutions, democracy, and leadership. The deployment of these funds are already beginning to produce results and we remain committed to spending the funds in an efficient, transparent and high impact manner.”

“We are deeply grateful to see all the Tibet-related funding renewed in H.J.Res. 31 — 116th Congress: Consolidated Appropriations Act, 2019 which funds the United States government through the rest of FY2019 ending on September 30, 2019,” he said.

The Tibet section is listed separately under ‘East Asia and the Pacific’ Sec. 7043 (G) of The Consolidated Appropriations Act, 2018.

The details of the funding are:

(1)Financing of projects in Tibet

The Secretary of the Treasury should instruct the United States executive director of each international financial institution to use the voice and vote of the United States to support financing of projects in Tibet if such projects do not provide incentives for the migration and settlement of non-Tibetans into Tibet or facilitate the transfer of ownership of Tibetan land and natural resources to non-Tibetans, are based on a thorough needs-assessment, foster self-sufficiency of the Tibetan people and respect Tibetan culture and traditions, and are subject to effective monitoring.

Notwithstanding any other provision of law, of the funds appropriated by this Act under the heading “Economic Support Fund”, not less than $8,000,000 shall be made available to nongovernmental organizations to support activities which preserve cultural traditions and promote sustainable development, education, and environmental conservation in Tibetan communities in the Tibet Autonomous Region and in other Tibetan communities in China.

Of the funds appropriated by this Act under the heading “Economic Support Fund”, not less than $6,000,000 shall be made available for programs to promote and preserve Tibetan culture, development, and the resilience of Tibetan communities in India and Nepal, and to assist in the education and development of the next generation of Tibetan leaders from such communities: Provided, That such funds are in addition to amounts made available in subparagraph (A) for programs inside Tibet.

Of the funds appropriated by this Act under the heading “Economic Support Fund”, not less than $3,000,000 shall be made available for programs to strengthen the capacity of Tibetan institutions and governance.