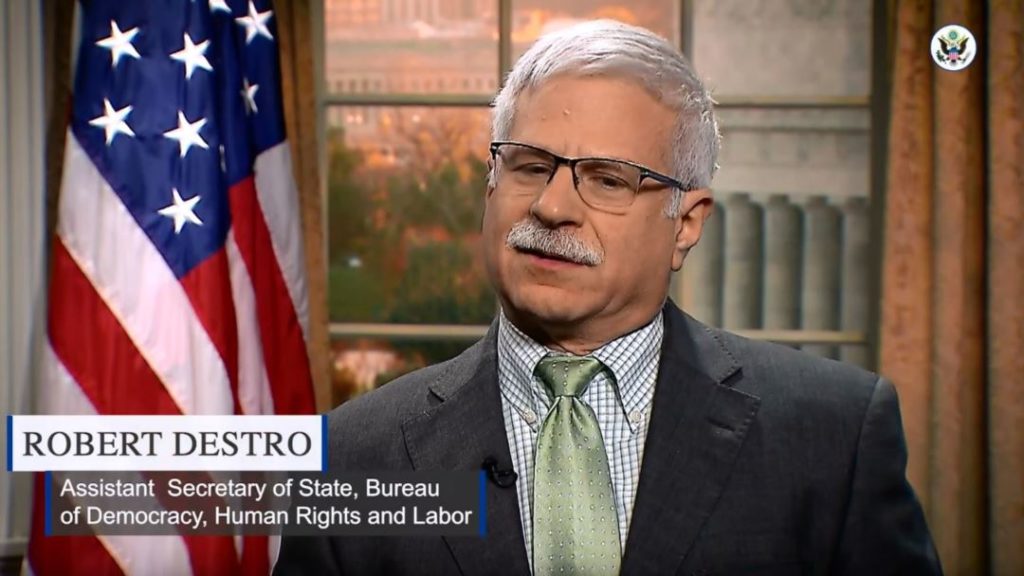 Assistant Secretary Robert A. Destro of the Bureau of Democracy, Human Rights, and Labor appointed as the United States Special Coordinator for Tibetan Issues.

Washington DC: US Secretary of State Mike Pompeo announced the appointment of Assistant Secretary Robert A. Destro as the new U.S. Special Coordinator for Tibetan Issues.

According to the press release, “Consistent with the Tibetan Policy Act, Special Coordinator Destro will lead U.S. efforts to promote dialogue between the People’s Republic of China (PRC) and the Dalai Lama or his representatives; protect the unique religious, cultural, and linguistic identity of Tibetans; and press for their human rights to be respected. He also will support U.S. efforts to address the humanitarian needs of Tibetan refugees and to promote sustainable economic development and environmental conservation in Tibetan communities on the plateau.

“The United States remains concerned with the PRC’s repression of the Tibetan community, including the lack of meaningful autonomy, the deteriorating human rights situation in Tibetan areas, and severe restrictions on Tibetans’ religious freedom and cultural traditions within China.

“Special Coordinator Destro will engage Tibetan leaders and international partners and experts to address these issues.  He also will carry forward the Department’s engagement with and support for Tibet’s global diaspora and their many courageous advocates for the protection of human rights, including the freedom of religion or belief.”

The Special Coordinator seat had remained vacant under the Trump Administration since 2017 despite repeated appeals from the Central Tibetan Administration and the Members of the US Congress. This position traditionally has been attached to the Under Secretary of Civilian Security, Democracy and Human Rights, a position that remains vacant.

“I believe this appointment was made in the wake of recent news about gross human rights violations, violations that are similar to the forced labour camps in Xinjiang, that have accelerated these past few months under the Chinese Communist Party orders—it has been reported that half a million Tibetans are being coerced into forced labour. This appointment is therefore a welcome sign of meaningful support for Tibet by the US Government. And we will gladly take this opportunity to discuss the Middle Way Approach with the Chinese government” says the Representative Ngodup Tsering.

Robert Destro is the current head of the Bureau of Democracy, Human Rights, and Labor for the US State Department.