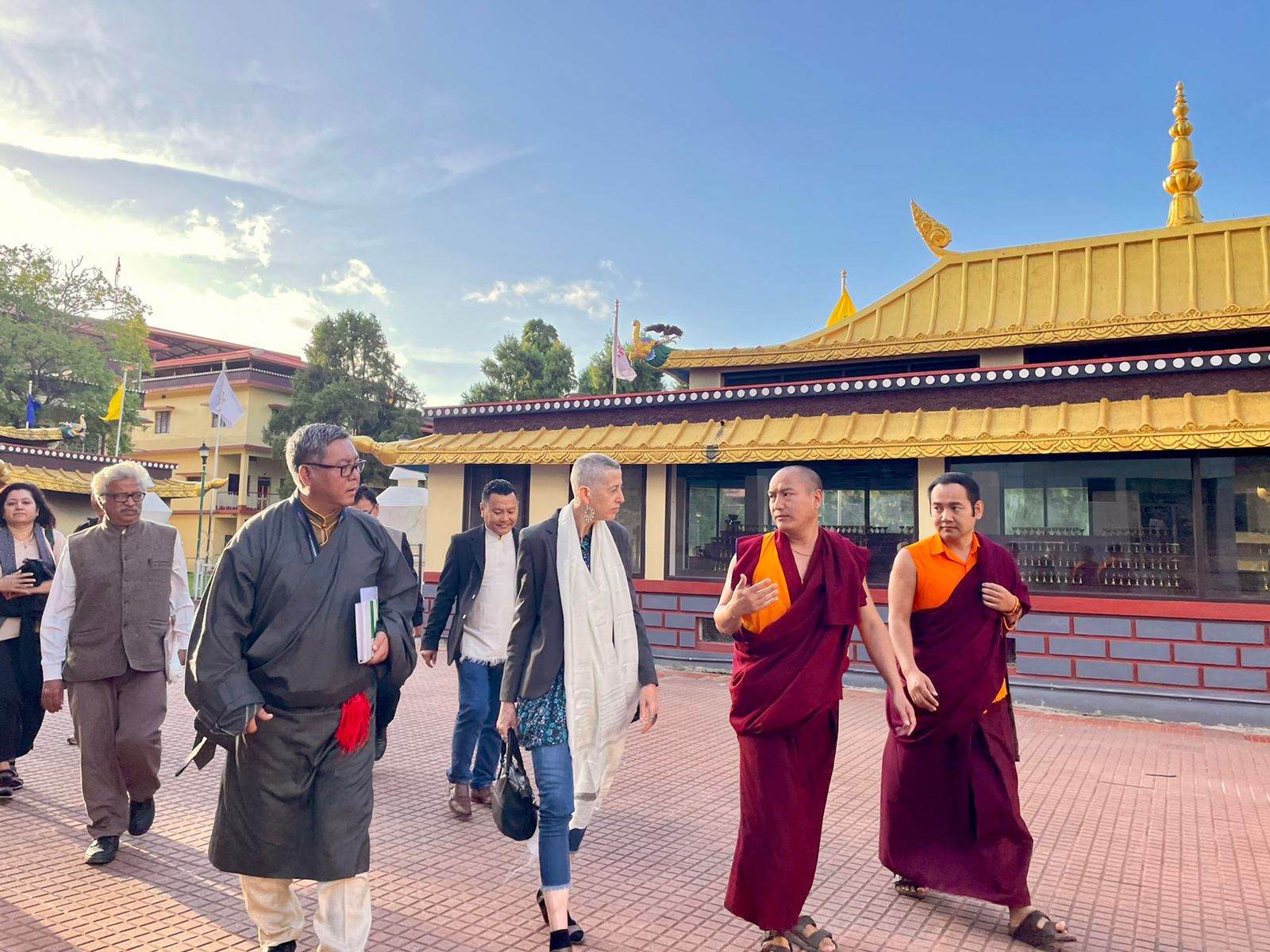 Bangalore: Consul General Judith Ravin of Chennai-based US Consulate paid a brief visit to Namdroling Monastery in Bylakuppe Tibetan Settlement early morning on Saturday, 13th August accompanied by her consulate staff, Ms Brindha Jayakanth, a public Engagement Specialist. While on a private visit, the delegation visited the main Cathedral of the famous Golden Temple in South India and offered obeisance and prayers.

During their brief interactions, Ms Ravin enquired about the general history of the monastery and its evolution in relation to the local residents. She also asked about the progress of the USAID’s and PRM-funded projects, their benefit to the Tibetan residents and ways to advance these projects in future.

Prior to their departure from the settlement, Mr Tsultrim thanked Consular General for her visit and also conveyed gratitude for the unwavering support and solidarity from the US Government for the Tibetan people and their struggle. 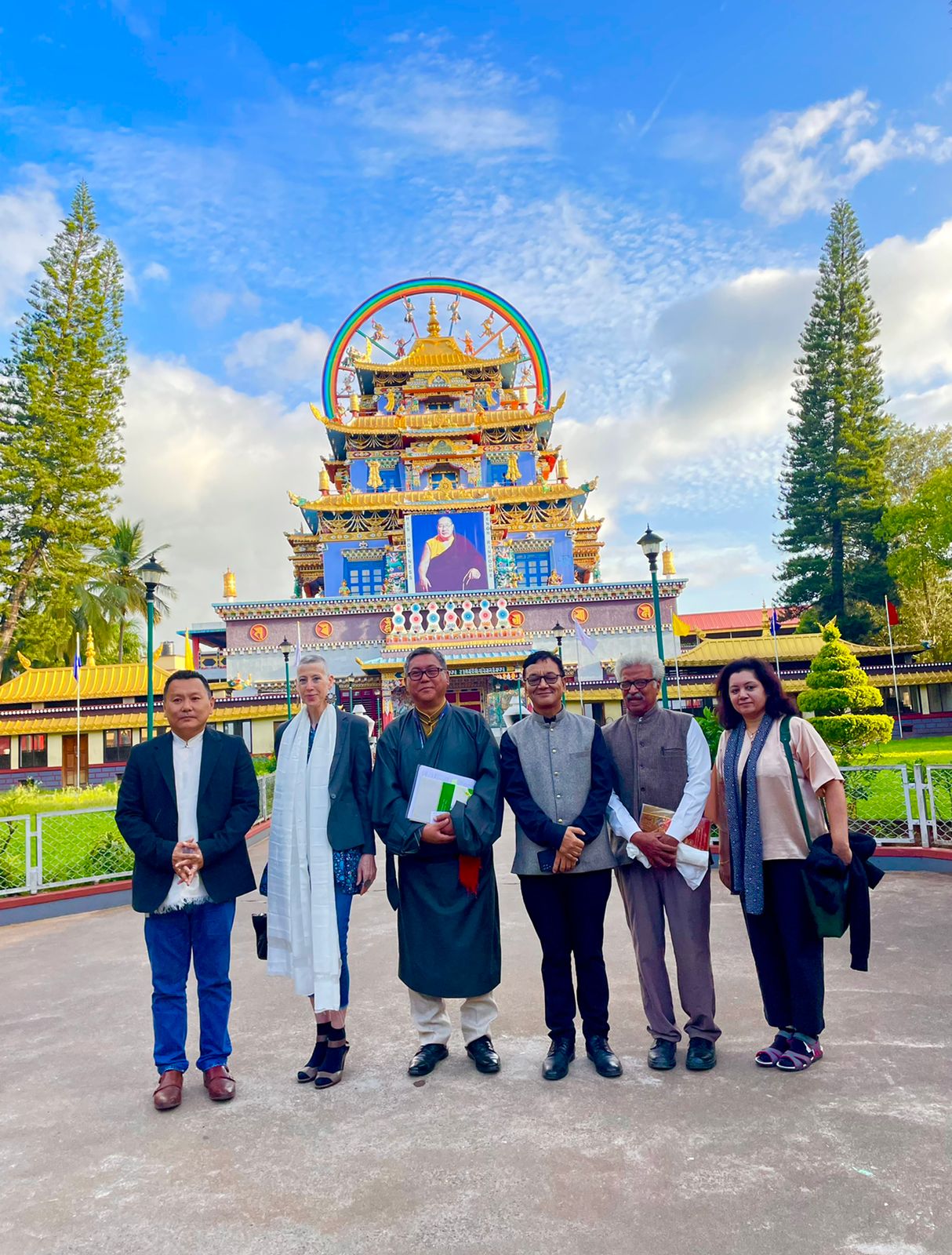 US Consul General Judith Ravin at Namdroling Monastery in Bylakuppe. 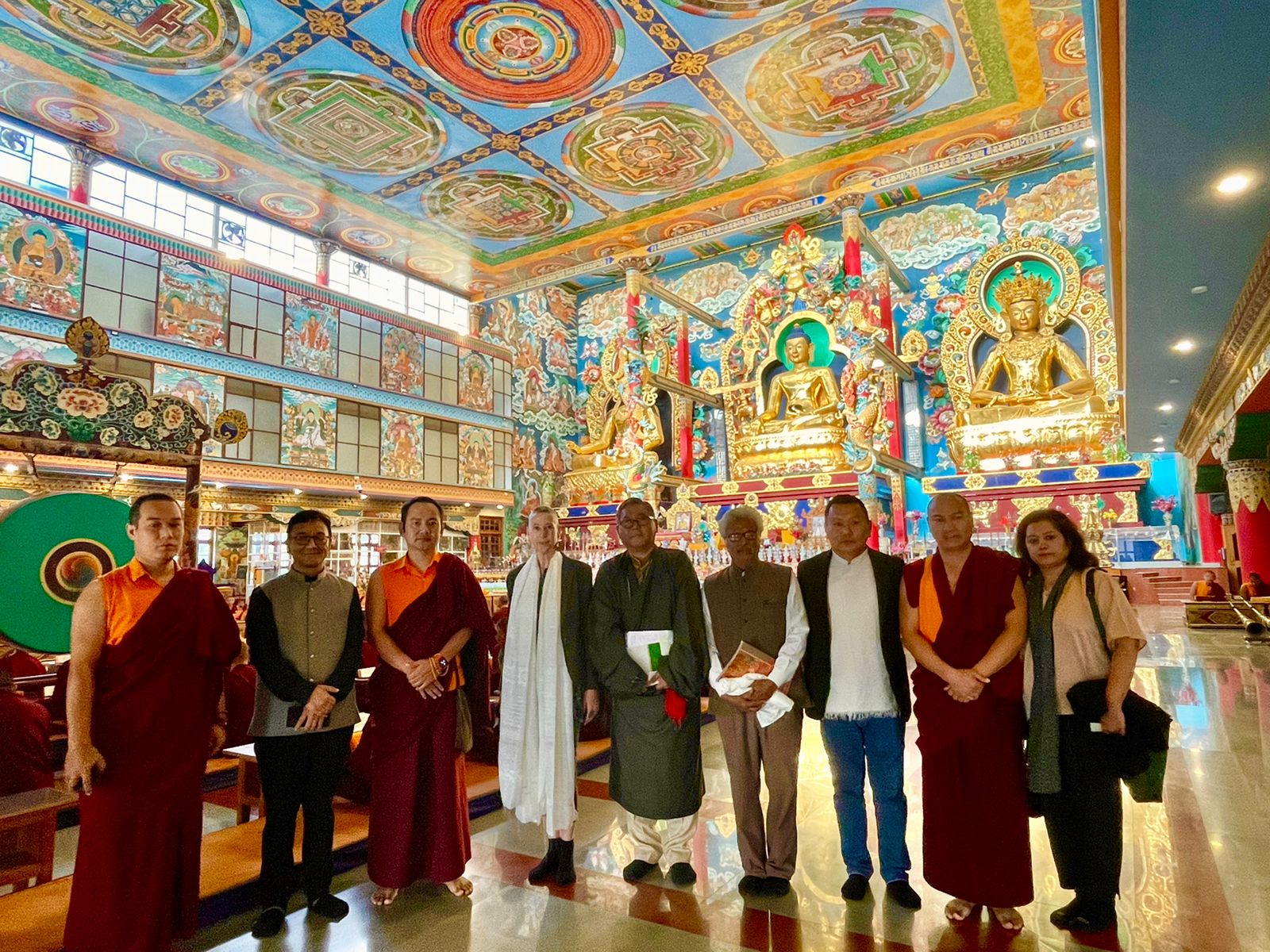 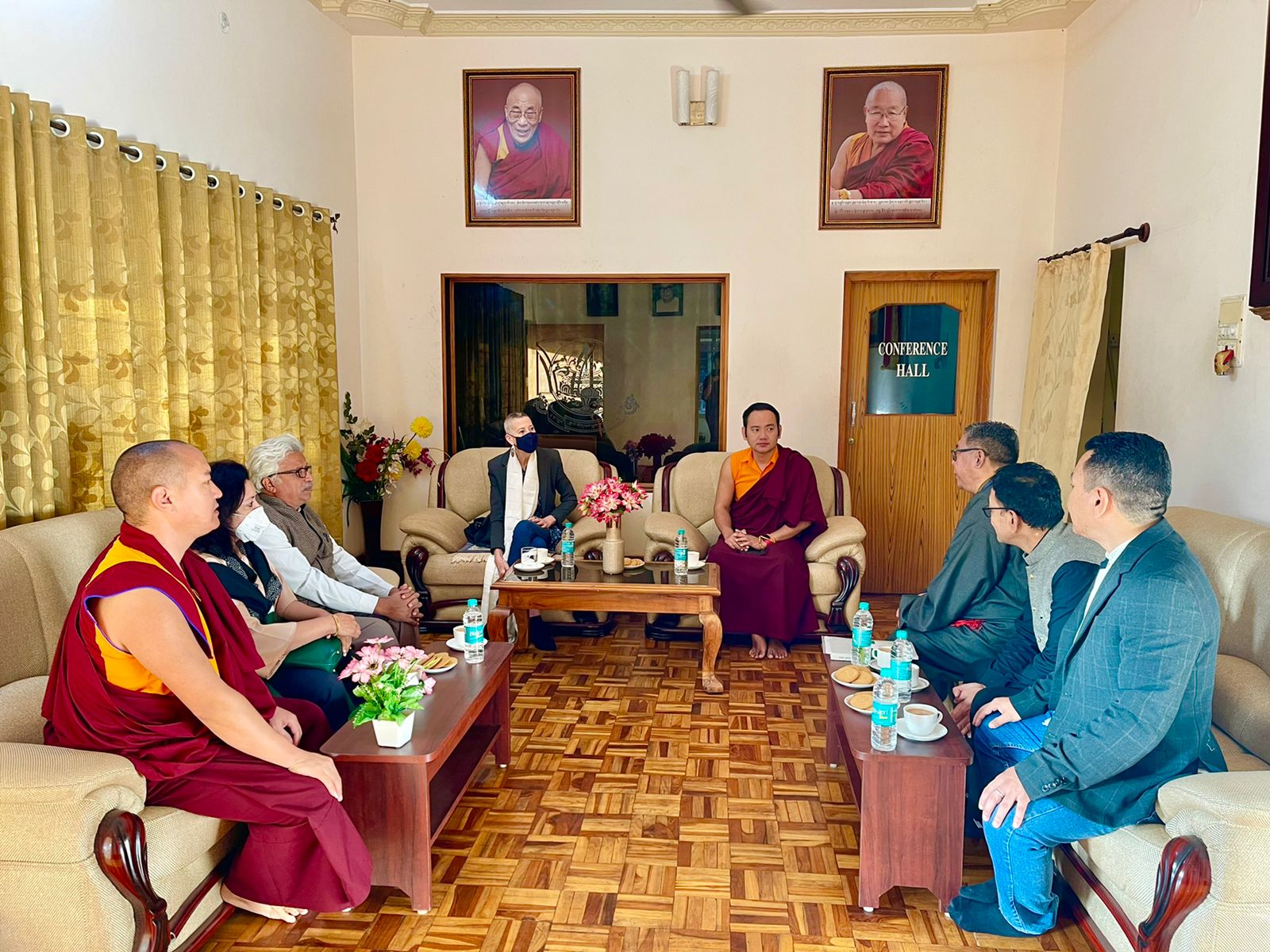 Brief interaction with the US Cnsul General.