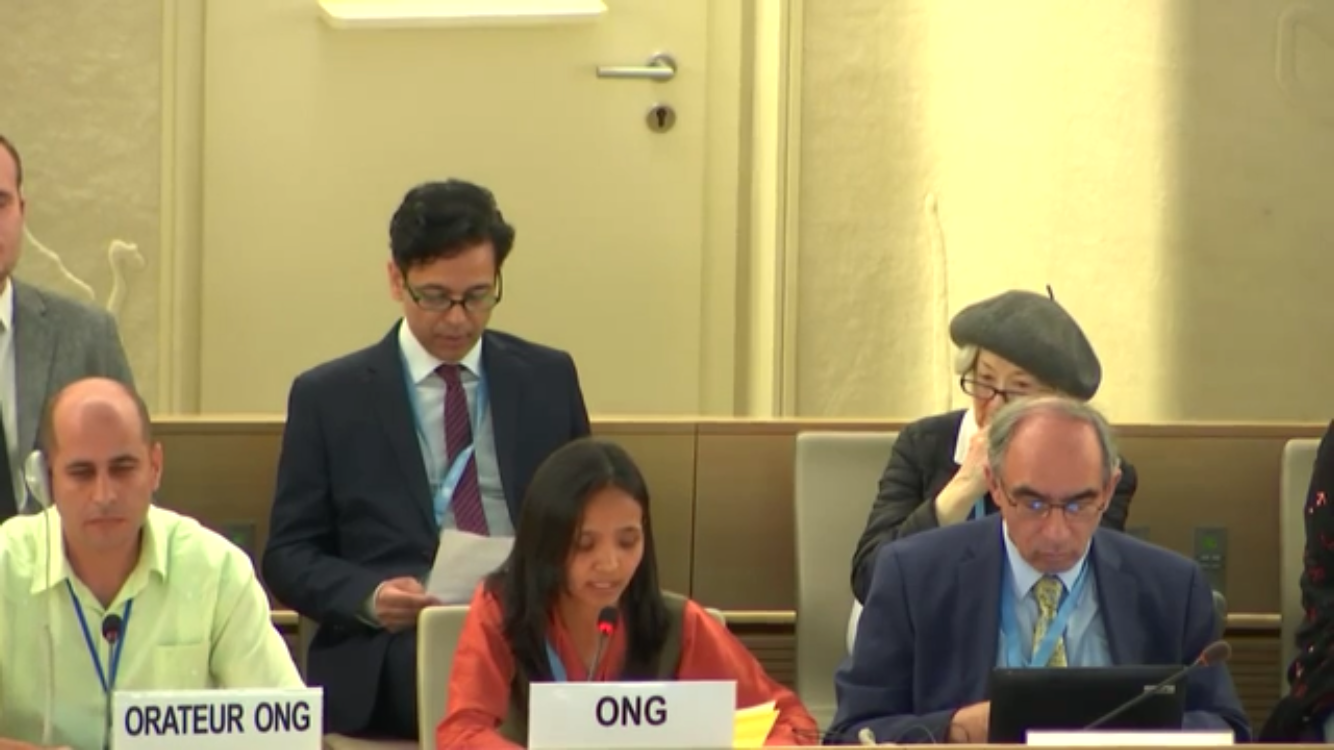 Geneva: At the ongoing 42nd session of the UN Human Rights Council, a Tibetan representative voiced concern over an unabated violation of Tibetan religious rights with impunity by China at the 14th meeting of the session on Monday, 16 September.

Mentioning the case of Tashi Wangchuk, an imprisoned Tibetan language rights advocate, she said his lawyer was “yet again denied to access him earlier this year”.

Ms. Kalden concluded her statement by urging the council to “Encourage the People’s Republic of China to resume meaningful dialogue with the representatives of His Holiness the Dalai Lama on the basis of the Middle Way Approach”. Click here to watch the full proceedings of the session.