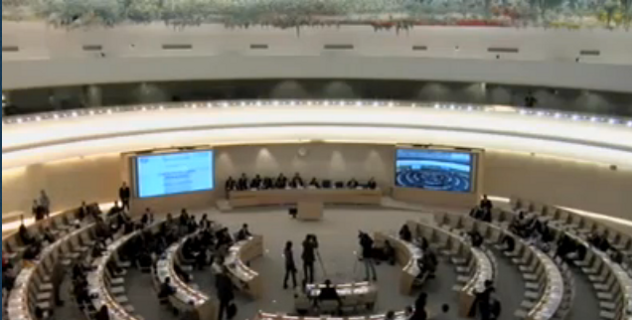 China’s human rights record was reviewed at the 17th session of Universal Periodic Review in Geneva on 22 October, with several UN member states urging the Chinese government to take necessary measures to improve the human rights situation in Tibet.

They pressed China over its systematic attempts to undermine the rights to freedom of religion, culture and expression and recommended China take necessary measures to ensure that the rights of Tibetans and other ethnic minorities are fully observed and protected. Furthermore China, they said should facilitate visits of the Office of High Commissioner for Human Rights and Special Procedures to assess the real situation in Tibet.

Both New Zealand and the US referred to the Sino-Tibetan dialogue process, New Zealand  recommended China resume meaningful dialogue to address the interest of all communities in Tibet, while the US submitted a written question asking “will China resume unconditional direct dialogue with His Holiness the Dalai Lama or his representatives?”

On behalf of all Tibetans, the Central Tibetan Administration based in India, expresses gratitude towards   the UN member states as cited above for their efforts to hold China accountable with regards to its human rights record in Tibet.

“The white paper issued by the Chinese government on 22 October is replete with information about Chinese state investment towards development in Tibet. Yet, the 121 self- immolations that have taken place in Tibetan areas since 2009 as a form of political protest send an unequivocal message to the world that the policies in Tibet have failed to address the aspirations of the Tibetan people,” said Kalon Dicki Chhoyang of the Department of Information and International Relations for the Central Tibetan Administration.(Click here to read CTA’s White Paper on self-immolations in Tibet)