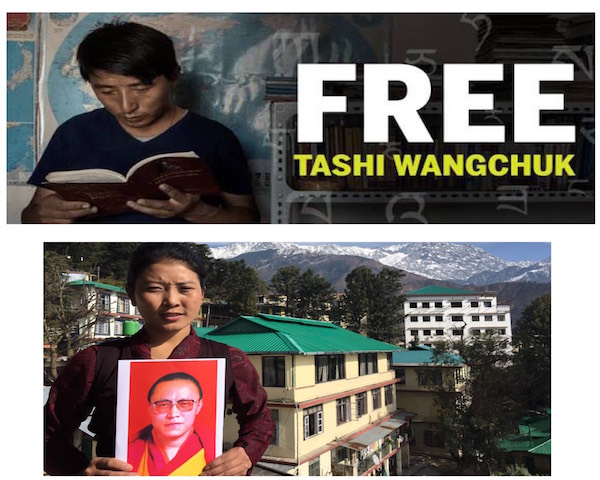 Dharamshala: In yet another fresh development for Tibetan advocacy at the United Nations, a group of United Nations human rights mandate holders today published a joint communication made to the Chinese government on the case of Tibetan human rights defenders: Tashi Wangchuk, language rights defender and Dolkar Lhamo and Nyima Lhamo, relatives of Tenzin Delek Rinpoche.

The case of Tashi Wangchuk:

According to the report, the experts expressed serious concern at the “arrest, the initial incommunicado detention and the continued detention of Tashi Wangchuk as well as his limited right to counsel, the denial of presenting the evidence against him and the irregularities in the criminal investigation”.  Also have expressed “equal concern at the use of separatist charges to criminalize the legitimate exercise of freedom of expression and his defense of cultural rights, as well as to target legitimate human rights activities” and “physical and psychological integrity while in detention”.

The experts sought the Chinese government’s response in the seven areas of concern including the legal grounds for the arrest and detention of Tashi Wangchuk, his physical and psychological integrity and compatibility with the international norms and standard.  And also asked about measures in place to ensure Tibetans’ rights to learn mother tongue freely.

The Case of Dolkar Lhamo and Nyima Lhamo:

According to the communication sent to the Chinese government in December last year, and was kept confidential till today, the experts expressed concerns at the “arrest and detention of. Nyima Lhamo and Dolkar Lhamo, which appear to be directly related to their advocacy and imparting of information concerning the death of Tenzin Delek. We express equal concern at the threats, intimidation and surveillance of the two women human rights defenders as well as the use of force against peaceful protestors in Lithang”. And further expressed concern at the “broader measures taken in Lithang and Nyakchuka, including internet shut downs and the issuance of the communiqué on banned activities, limiting the right to freedom of information, expression as well as the rights to freedom of religion and peaceful assembly in ways that are incompatible with international human rights law”.

The experts asked the Chinese government’s response in the eight areas of concern including the legal basis of arrest and detention of Nyima Lhamo and Dolkar Lhamo, use of force by the police against peaceful protestors, and breaking up religious ceremonies, for the closure of the prayer hall as well as for the communiqué on banned activities and sought explanation on how these actions are compatible with international human rights law.

The mandate holders’ communication comes in the lead up to the 35th session of the UN Human Rights Council that will begin from 6 June 2017. This covers communications sent from 1 December 2016 to 28 February 2017 and their reply received until 30 April 2017. The report was made public on May 26.