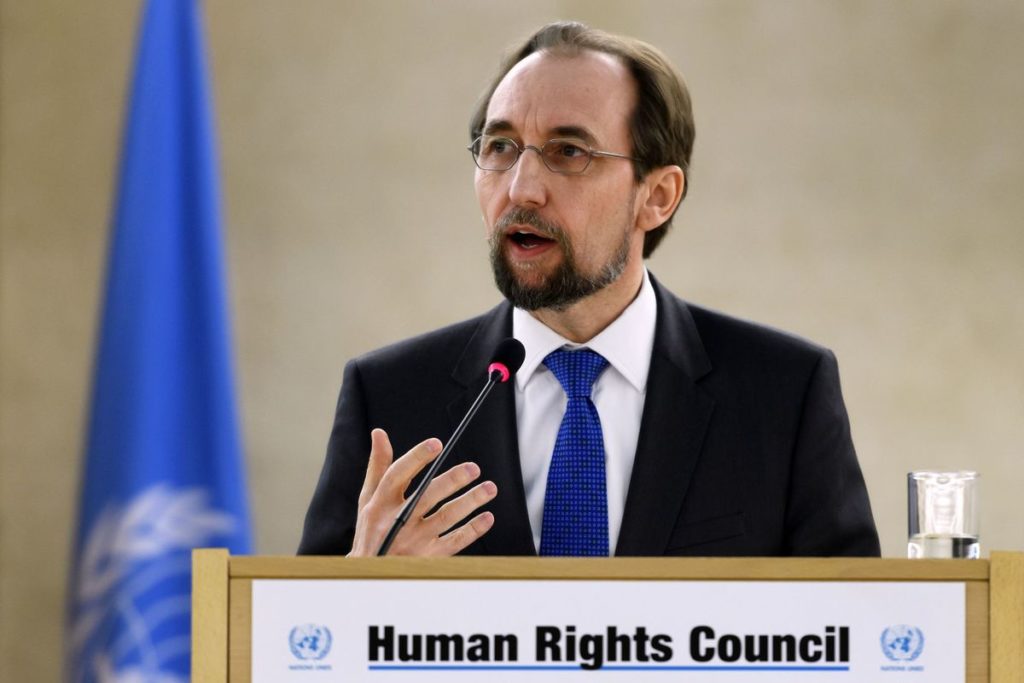 8 March: The United Nations’ Chief for Human Rights in Geneva said on Wednesday that the UN Office of the High Commissioner continued to “receive urgent appeals” on cases of human rights abuses by the Chinese government.

Prince Zeid further added the appeal that the Commissioner’s office received includes, “People struggling against economic, social and cultural injustice, such as the cases of corruption; illegal seizure of land and forced evictions; destruction of cultural site; constraints on religious practices and restrictions on use of local languages.”

The commissioner also expressed his sadness over the contradiction in China’s “record at home” and President Xi’s so-called “People’s centered development for win-win outcomes as part of a community of shared for mankind”. The office of High Commissioner for Human Rights “look forward” to engage and deal with China on some of the issues that concern the office in the third cycle of Universal Periodic Review in November, this year.

Prince Zeid, the high commissioner, opened the 37th session of the UN Human Rights Council session, last month. In his sharped worded opening statement of the session, he voiced his concern over series of human rights violation committed by the UN member states. “Time and again, my office and I have brought to the attention of the international community violations of human rights which should have served as a trigger for preventive action. Time and again, there has been minimal action” said in the statement.

Furthermore, this year marked the 70th year of the Universal Declaration of Human Rights. In his opening statement, Prince Zeid also assured “more vigorously than ever before” with “human rights defenders in every corner of the globe”, and called “everyone to stand up for the rights of other.”