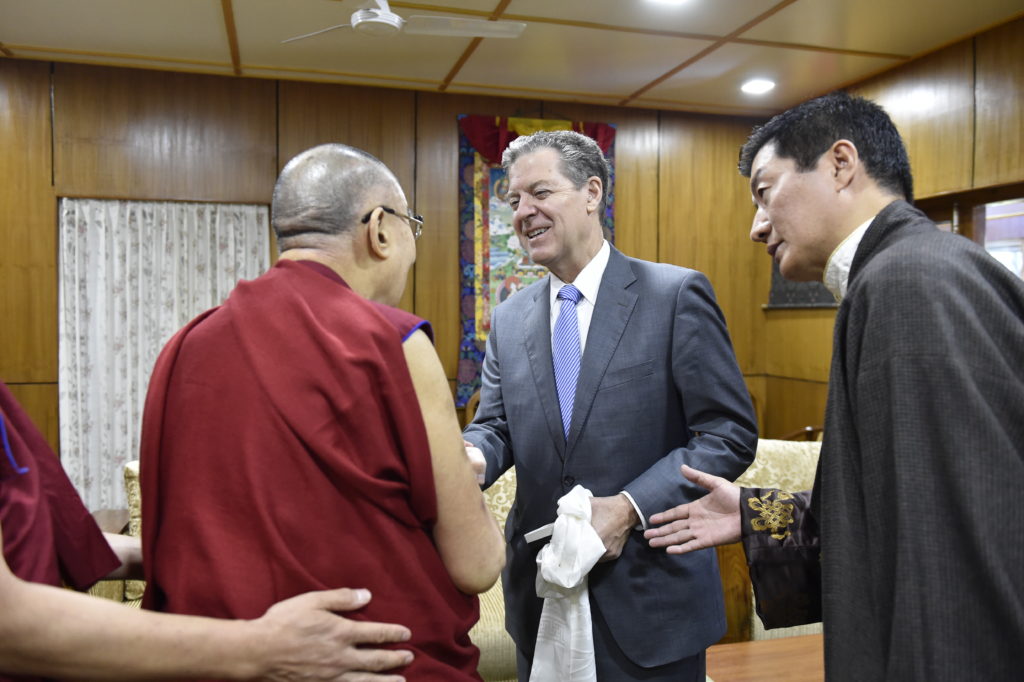 His Holiness the Dalai Lama greeting Ambassador Sam brownback of U.S Ambassador at large for Religious Freedom at his residence. Photo/OOHHDL

Dharamshala: A delegation from the U.S consisting of U.S Ambassador at large for Religious Freedom led by Samuel D. Brownback and his entourage met with His Holiness the Dalai Lama today at the latter residence.

The delegation led by Samuel D. Brownback arrived in Dharamshala on Sunday at the special invitation of CTA President Dr Lobsang Sangay to be the official chief guest for the First International Conference on Tibetan Performing Arts and the 60th-anniversary celebrations of Tibetan Institute of Performing Arts (TIPA).

The Ambassador also met with a group of survivors of religious persecution who had recently escaped from Chinese-controlled Tibet and had an hour-long interaction with them while they narrated their accounts.

After the hour-long session with His Holiness the Dalai Lama, the delegation left to attend the event at TIPA.

The visit of the US Ambassador at large for International Religious Freedom at the seat of Central Tibetan Administration is the highest-level official visit led by the US Government to the CTA in the recent period. 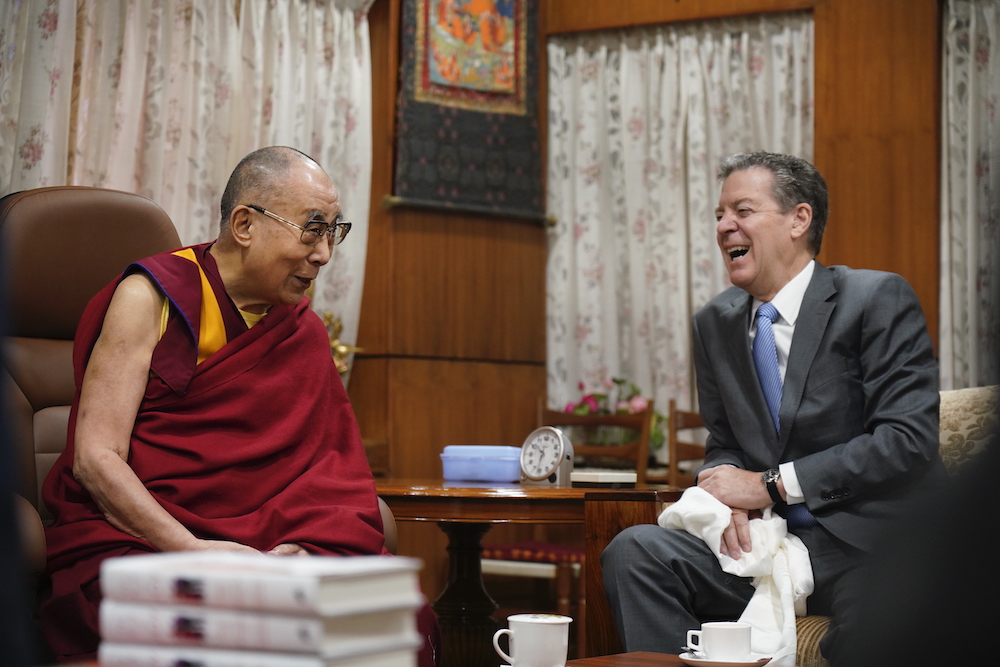 Ambassador Brownback and His Holiness shares hearty laughter over their hour-long meeting. 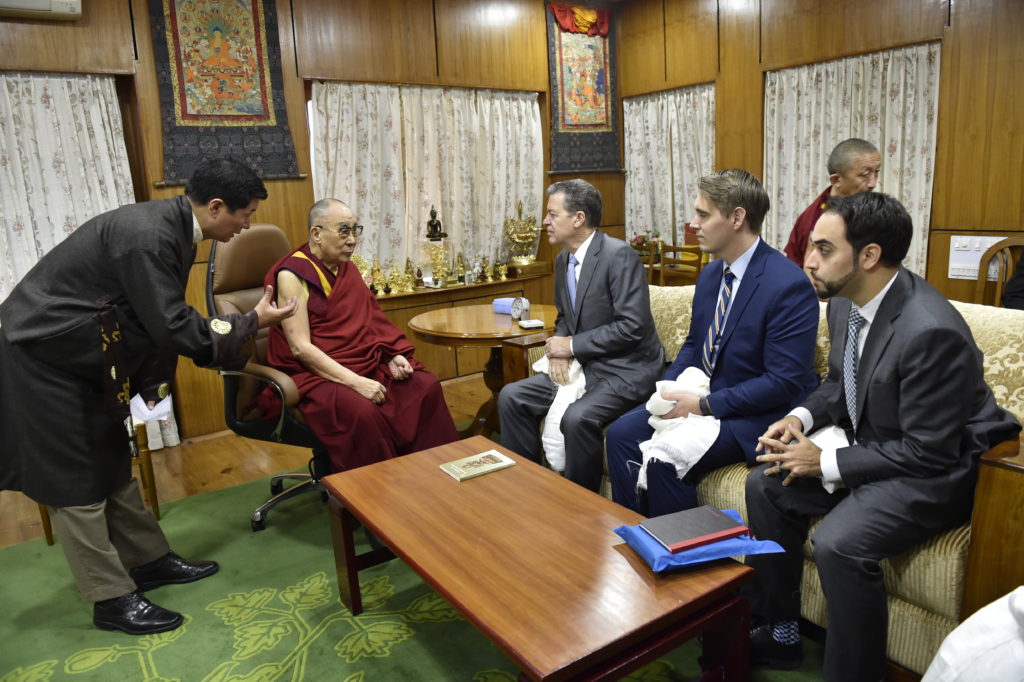 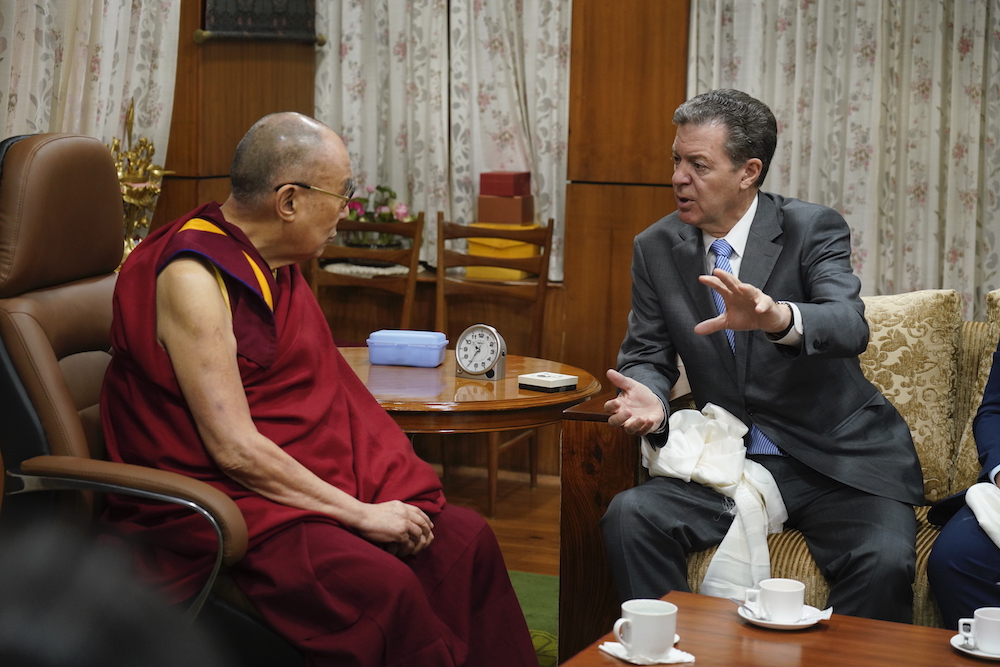 Ambassador Sam Brownback in conversation with His Holiness the Dalai Lama. Photo/OOHHDL