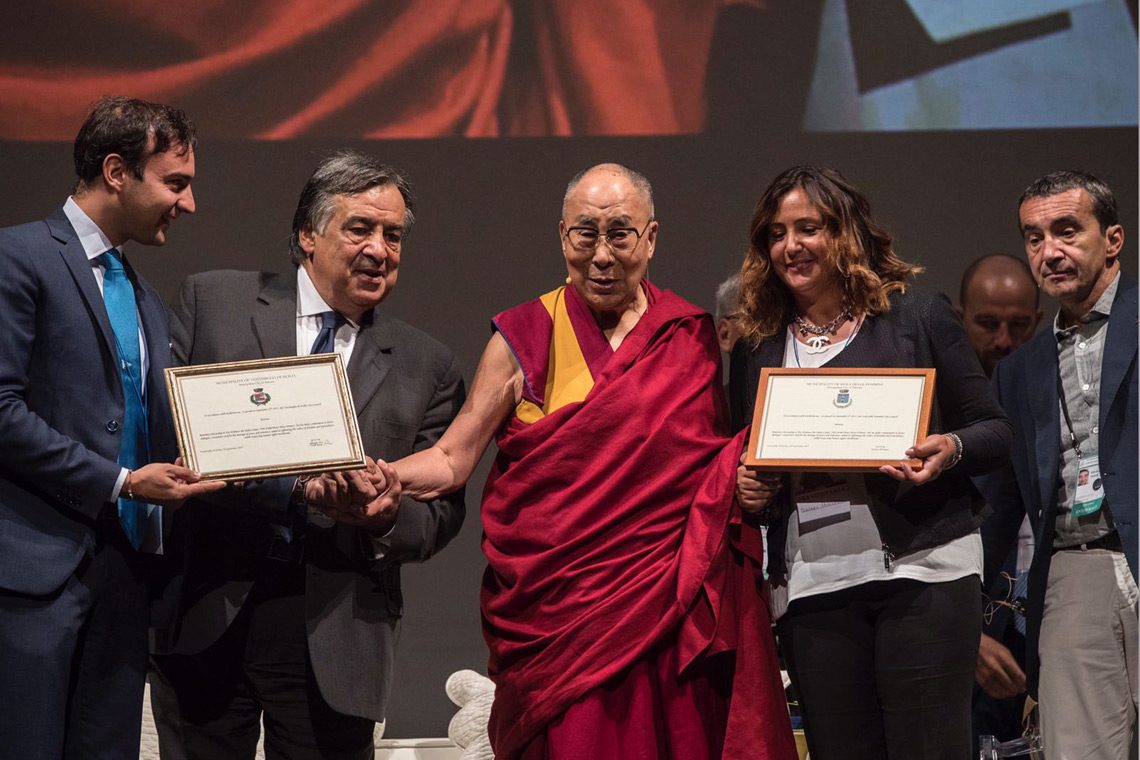 Mayors of Isola delle Femmine and Ventimiglia di Sicilia presenting His Holiness the Dalai Lama with the Honorary Citizenship award at the start of his talk in Palermo, Sicily, Italy on September 18, 2017. Photo by Paolo Regis

Sicily: His Holiness the Dalai Lama, the champion of world peace has received many awards and accolades in recognition of his contribution in promoting world peace and his message of “oneness of humanity”.

On Monday this week, His Holiness was awarded the honorary citizenship by the Mayors of Isola delle Femmine and Ventimiglia di Sicilia—both of them towns in Palermo, Sicily in Italy.

He received the award with a cheerful smile, spreading the message of love and compassion to sentient beings.

Honorary Citizenship is a status bestowed by a country or a city on a foreign individual whom it considers to be especially admirable or otherwise worthy of the distinction. His Holiness has been awarded the Honorary Citizenship of many countries and cities.

His Holiness has throughout his life aspired to spread the message of peace, love and harmony among all sentient beings. His Holiness’ appeal is ascribed to his benign personality, teaching of Buddhist values and one that is beyond religion and promotion of Universalist values.