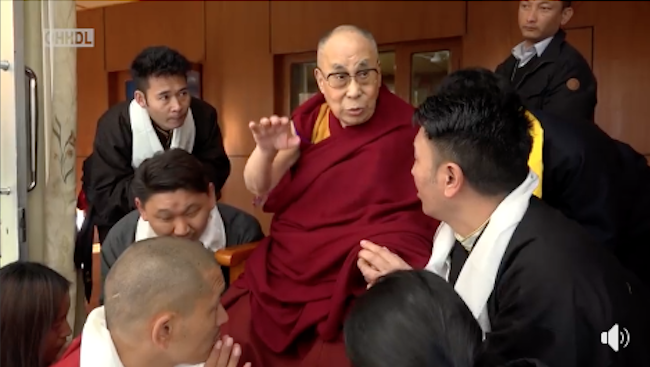 His Holiness the Dalai Lama interacting with a group of Tibetan youths at his residence on Monday, 14 January 2019. Photo/Screengrab/@ རྒྱལ་བ་རིན་པོ་ཆེ།/Facebook

On Monday morning this week, His Holiness the 14th Dalai Lama interacted with a group of young Tibetan during their private audience with the former at his official residence in Mcleod Ganj.

This auspicious meeting was beautifully captured in 1 minute and 15 seconds video footage, which was later uploaded via Facebook page @ རྒྱལ་བ་རིན་པོ་ཆེ། the official Facebook page of the Office of His Holiness the Dalai Lama. Instantly, this video went viral with netizens taking to like, share and comments on social media site.

In the video clip, His Holiness is seen on a chair surrounded by a group of young Tibetans kneeling down with folded hands, waiting expectantly for His Holiness’ words of wisdom.

As everyone settled down, His Holiness began, “Wherever you go, never forget that you are a Tibetan. As Tibetans, we share a spiritual connection with Chenrezig (Eng: Buddha of Compassion) therefore we should always be kindhearted.”

Furthermore, His Holiness advised them that in every community, Tibetans have earned a good reputation of being a kind, honest and good people.

Lastly, he expressed gladly that our Indian brothers and Tibet supporters abroad say that Tibetans are honest, kind and really good people. And that must be upheld!

A glimpse of netizens’ reactions on His Holiness the Dalai Lama interactions with a group of young Tibetans at his official residence: 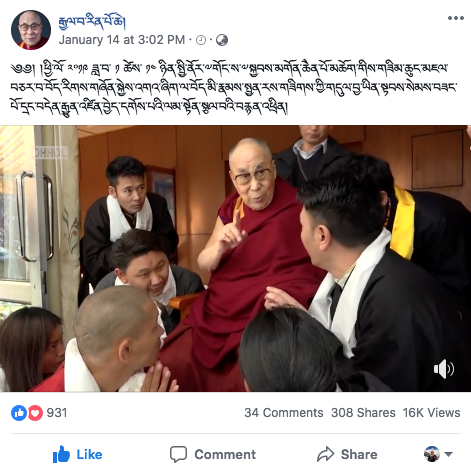 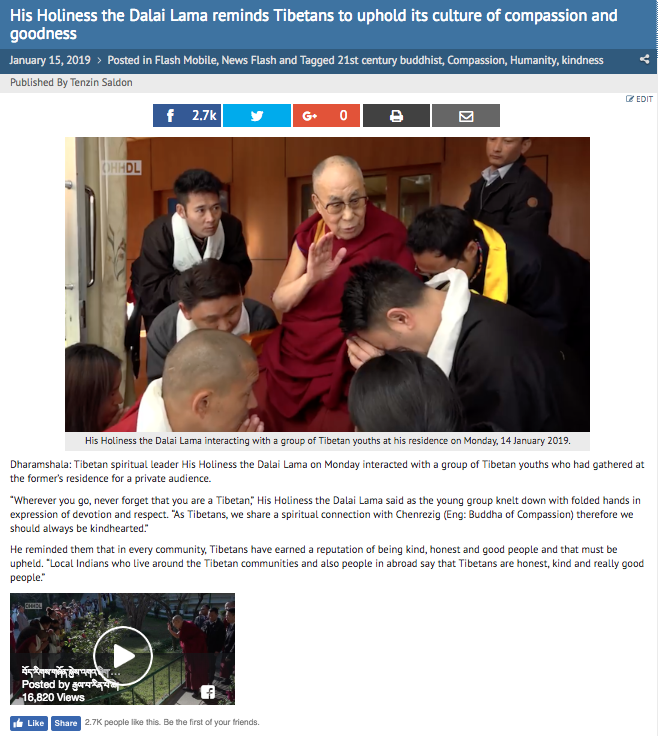 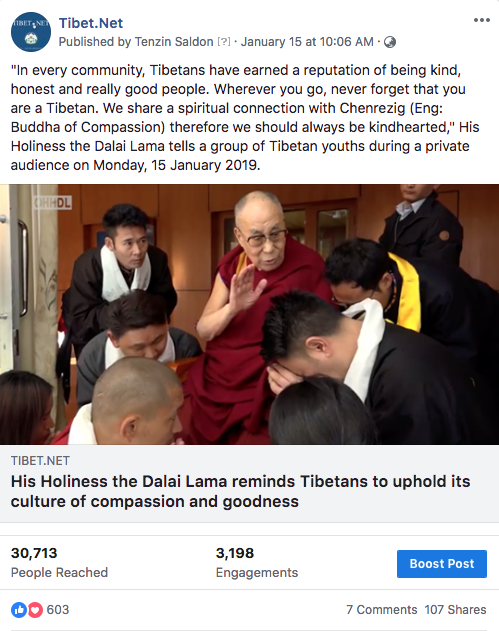