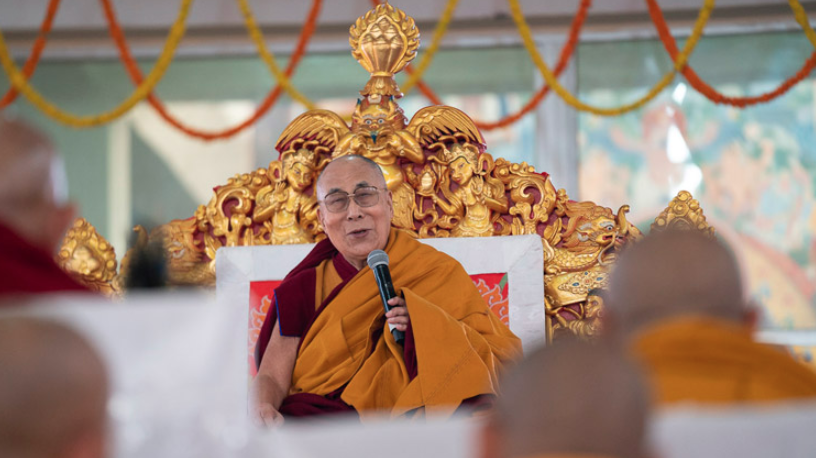 His Holiness the Dalai Lama addressing the crowd during the Long Life Ceremony in Bodhgaya, Bihar, India on December 31, 2018. Photo by Lobsang Tsering

As the world prepared to ring in the New Year, Tibetans and Buddhist across the world were glued to social media sites to watch the live stream of an elaborate long life prayer offering made to His Holiness the Dalai Lama in Bodh Gaya, the land of Buddha’s enlightenment.

The Central Tibetan Administration (CTA), Namgyal Monastery and the Sheklar Ngashap jointly offered the long-life prayer ceremony in an act befitting of expression of the highest form of gratitude and devotion to His Holiness the Dalai Lama.

The ceremony began with the offering of Mandala by Ganden Tri Rinpoché, the abbot of Namgyal Monastery, Sakya Trizin, Dr Lobsang Sangay, President of Central Tibetan Administration, Pema Jungney, Speaker of the Tibetan Parliament in Exile, Justice Commissioner Ngawang Rabgyel and dignitaries of the CTA, monks of Namgyal Monastery, and Zopa Rinpoché who offered a silver Dharmachakra.

Addressing the gathering at the Kalachakra ground, His Holiness remarked, “There are millions of Tibetans in Tibet who have expressed unwavering faith and prayers for my health and long life. I accept this offering as being made on their behalf.”

His Holiness reaffirmed that he is healthy; his mind is sharp and he prays to live for over a hundred years.

Devotees from an estimated 71 countries witnessed the long-life ceremony in Bodh Gaya, one of the holiest sites of Buddhism.

Netizens across the world took to social media to express their sheer joy in hearing His Holiness’ reaffirmation to live long on this auspicious occasion: 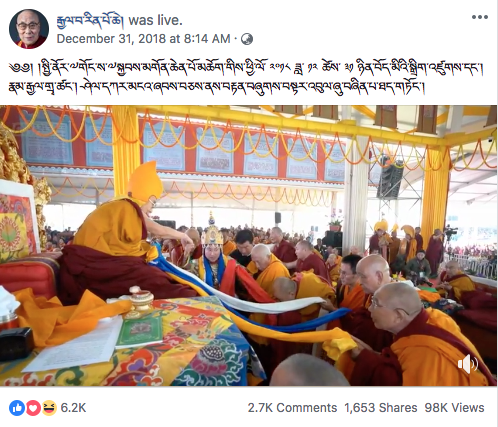