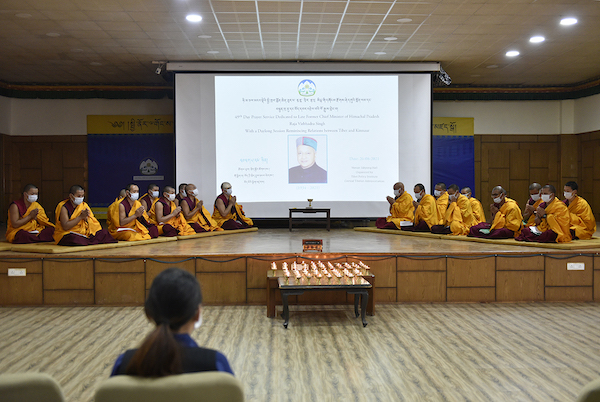 Dharamshala: To mark the 49th day of Raja Virbhadra Singh’s demise, the Tibet Policy Institute (TPI) of the Central Tibetan Administration held a prayer service and a daylong conference on Tibet and the erstwhile Bushahr (Kinnaur) kingdom’s historic relations.

Raja Virbhadra Singh is a former Chief Minister of Himachal Pradesh and the hereditary king of the erstwhile princely state of Bushahr (today’s Kinnaur Region) which is contiguous to Tibet before it was occupied by China. Raja Virbhadra Singh passed away on 8 July.

In his introductory remarks, Dawa Tsering, Director of Tibet Policy Institute, hailed Raja Virbhadra Singh as a lifelong friend and supporter of the Tibetan movement. He also spoke about the rich historical bond shared by Tibet especially the Guge Kingdom of Ngari and the princely state of Bushahr in present day India’s Kinnaur region.

“For the past sixty years, late Raja Virbhadra Singh has been instrumental in sustaining and strengthening the historic bond shared by the two peoples of Tibet and Kinnaur. He was also close to His Holiness the Dalai Lama and has been steadfast in providing support to the Tibetan refugees. This affinity is based on a treaty signed between the two peoples in the past. We remain grateful to him and therefore we are organising this prayer service in his memory,” Director Dawa Tsering said.

“Along with this prayer service, we are also organising a daylong session on the rich historical bond shared by Tibet and Kinnaur in the form of religion, language, people, medicine, etc. As advised by the Sikyong, we have invited various scholars, professors, and Lamas from Kinnaur region to address today’s session in the hope that the future generation can appreciate our shared history,” he added.

Speaking briefly about the Kinnaur region popularly known as Khunu in Tibetan, Director Dawa Tsering said: “The Kinnaur region lies downstream of the Satluj river originating in Tibet’s Ngari region. In the 17th century, Tibetan military general Gaden Tsewang and Raja Kehri Singh of Kinnaur signed a treaty of friendship between the two countries. The treaty declared that the friendship between the two countries will endure until the crow turns white, Mansarovar lake turns dry or the snow on Mount Kailash melts,” he explained.

“Since that time, the bond between the two regions have grown even stronger. The bond is also reflected in Tibetan Buddhism as Kinnaur is home to a number of reputed Tibetan Buddhist scholars and Rinpoches. Khunu Lama Tenzin Gyaltsen, one of His Holiness the Dalai Lama’s spiritual teachers, is also from Kinnaur. Tibet Mirror, the first Tibetan language newspaper was brought out by a person of Kinnauri origin. The Khunu Almanac is also widely used in Tibet and was perhaps published earlier than the one brought out by Mentseekhang,” he remarked.

Tempa Gyaltsen Zamlha, Deputy Director of Tibet Policy Institute, moderated the introductory session and also delivered the vote of thanks. 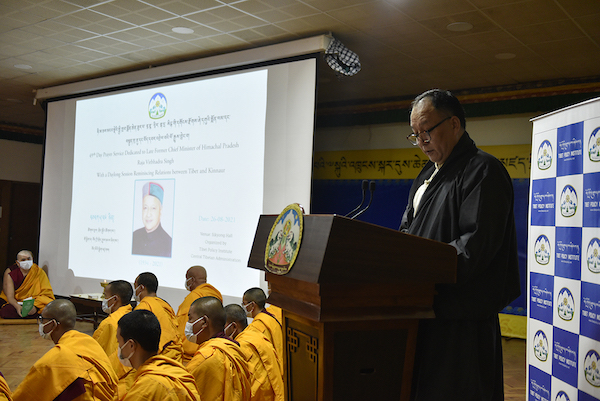 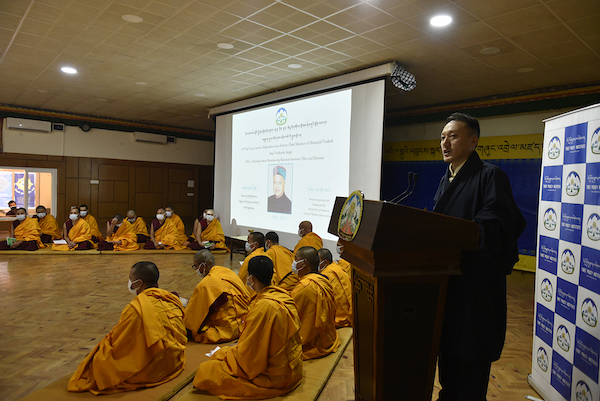 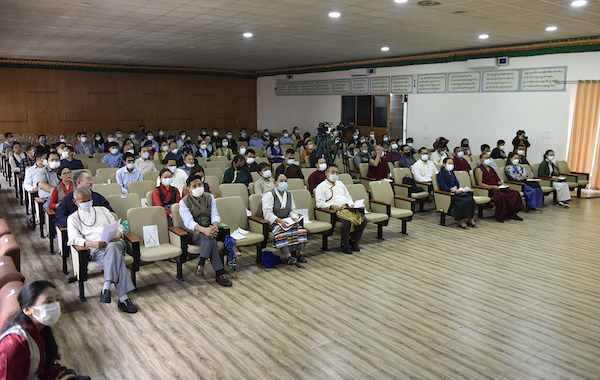 Secretaries and staff of the Central Tibetan Administration at the prayer service for Raja Virbhadra Singh and the daylong conference on Tibet-Kinnaur Relations. Photo/ Tenzin Phende/CTA 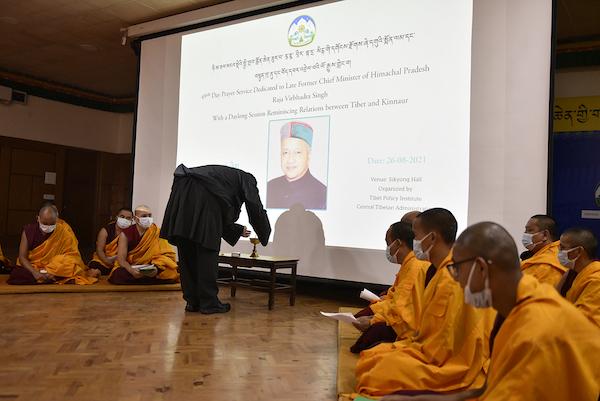 TPI Director Dawa Tsering lighting a butter lamp in front of a portrait of late Raja Virbhadra Singh at the prayer service on 26 August 2021. Photo/Tenzin Phende/CTA 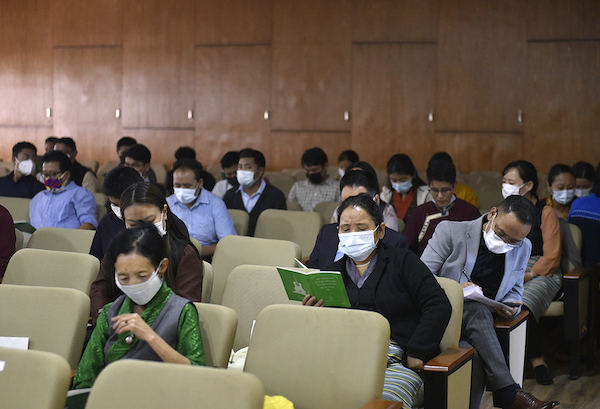 Secretaries and staff of the Central Tibetan Administration at the prayer service for Raja Virbhadra Singh and the daylong conference on Tibet Kinnaur Relations. Photo/ Tenzin Phende/CTA