Timeline of Tibetan protests in China

Timeline of Tibetan protests in China

By the CNN Wire Staff 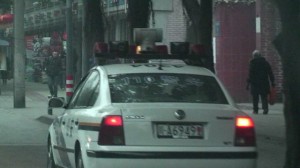 (CNN) — The escalation of tensions in ethnically Tibetan regions of China is the latest in a series that have resulted in deaths, frayed ties between the United States and China,  and greater pressure from Beijing against the Dalai Lama, who fled Tibet for India in 1959 after a failed uprising.

March 2008 — Hundreds of Tibetan monks gather in Lhasa in protests to mark the 49th anniversary of a Tibetan uprising against Beijing rule. Protesters sought the release of fellow Drepung monks, who apparently were detained, as they tried to celebrate the awarding of the U.S. Congressional Gold Medal to the Dalai Lama months earlier, according to foreign Tibetan rights groups. As the week wore on, protests and violence escalated. Rights groups said more than 140 people died, while Chinese authorities put the figure at 22 dead.

Chinese Premier Wen Jiabao blamed supporters of the Dalai Lama for the violence in Tibet and said Chinese forces exercised restraint in confronting unrest there.

April 2008 — The global Olympic torch rally for the 2008 Beijing Summer Olympics begins but becomes a flashpoint for protests one month after the unrest in the Tibetan Autonomous Region. Thousands protested on the streets of San Francisco, and the unruly scene of the London leg of the torch run was labeled “a public relations nightmare” by the Times. “We express our strong condemnation to the deliberate disruption of the Olympic torch relay by Tibetan separatist forces regardless of the Olympic spirit and the law of Britain and France,” a China spokeswoman said at the time. Meanwhile in Tibet, 30 people were convicted of arson, robbery and attacking government offices related to the March violence and receive prison sentences ranging from three years to life.

November 2008 — China sentences 55 people for involvement in anti-China protests, out of the 1,300 originally detained, according to state media, although the charges and sentences they received weren’t revealed.

January 2009 — Lawmakers in Tibet approve March 28 as a holiday to mark the date that China says about one million people were freed in 1959 from serfdom in the Himalayan region, state-run media reported. The legislation was aimed at “reminding all the Chinese people, including Tibetans, of the landmark democratic reform initiated 50 years ago,” a parliament spokesperson said.

March 2009 — Near the one-year anniversary of the riots and 50th anniversary of the failed Tibetan uprising, a monk carrying a Tibetan national flag and shouting slogans set himself on fire in Sichuan Province and then was shot at by police, a human rights group reported. Xinhua, the Chinese state news agency, reported a local official as saying that the man had been taken to a local hospital immediately after police extinguished the flames. Foreign tourists are banned from visiting Tibet during the month.

February 2010 — China summons U.S. ambassador to express its “strong dissatisfaction of a meeting between the Dalai Lama and U.S. President Barack Obama.

March 2010 — Beijing appoints the 11th Panchen Lama — handpicked by the Chinese government as the second highest Tibetan spiritual figure — to the Chinese People’s Consultative Conference. Beijing’s critics, however, say that the inclusion of the Panchen Lama at the annual meeting is part of a stepped up effort to undermine the popularity of Tibet’s exiled leader, the Dalai Lama.

October 2010 –Tibetan students take to the streets in protest, claiming their culture is being wiped out, as China overhauls school curriculum and limits the use of the Tibetan language in schools. “The protest resulted from a new education policy which reduces Tibetan language teachings,” a government official told CNN at the time. The government said 800 students protested, while the activist group Free Tibet said 4,000 to 6,000 students protested.

March 2011 — The Dalai Lama, at a speech marking the 52nd anniversary of the failed 1959 Tibetan uprising against Chinese rule which caused him to flee into India, announces he will retire political responsibilities as head of Tibet’s government-in-exile but will remain its spiritual head. Lobsang Sangay is elected by Tibetan exiles to take over day-to-day political responsibilities.

On March 16, a monk named Phuntsog set himself on fire to protest the third anniversary of the 2008 protests, according to Free Tibet.

August 2011 — A 29-year-old monk, Tsewang Norbu, sets himself ablaze after chanting slogans, according to Free Tibet. The self immolations continue, and by October a nun — the first woman — is reported to have killed herself, the ninth Tibetan to commit self- immolation in protest.

January 2012 — Three more monks set themselves ablaze in protest, bringing the number who have self-immolated in protest to 16 since March 2011, Free Tibet claims. Twelve are thought to have died from their injuries.

Thousands of Chinese security forces have flooded into an ethnically Tibetan area of southwestern China following large protests in the wake of the self-immolations.

In the footsteps of the Dalai Lama (watch video)