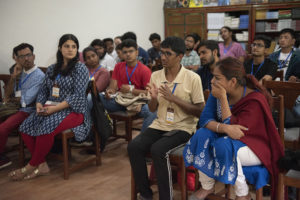 A student of the Gurukul Programme asking a question to CTA President Dr Lobsang Sangay during the Q&A session with him at Kashag. Photo/Tenzin Jigme/CTA

Dharamshala: President Dr Lobsang Sangay met with a group of 28 students from different educational institutes in India at Kashag yesterday and had an hour-long interactive session with them.

The students are on their month-long visitation to Dharamshala as part of the annual Gurukul Programme which is organised by the Foundation for Universal Responsibility of His Holiness the Dalai Lama to promote inter-community exchange.

An interactive Q&A session between President Sangay and the participants of Gurukul Programme took place where the students asked series of questions regarding Sikyong’s journey to becoming the political leader of Tibet today, on CTA and how it is keeping the freedom struggle of Tibet alive and the evolution of Tibetan democracy in exile. President Sangay answered each question with a touch of humour and enlightened them of everything they need to learn to understand Tibet and its just cause.

President Sangay also talked briefly about his recent appearance before the Canadian Senate Standing Committee on Foreign Affairs and International Trade where he openly discussed the human rights situation in Tibet. When asked what drove him to run for Presidency and to constantly challenge the Chinese government, Sikyong Lobsang Sangay asserted it was the lack of hesitation that kept him going.

“Once you hesitate, you waste so much of your time,” said Sikyong while encouraging the students to grab the opportunity as it comes.

Dr Lobsang Sangay also talked about the importance of introducing democracy especially to the people in exile because according to him once these people go back to their country the chances of introducing and sustaining democracy is relatively higher than the ones who weren’t introduced a thing about democracy.

“Democracy is not just a law, it is the experiences of the process and culture,” said Sikyong.

When asked if the political power of a Sikyong is any different than other political leaders of the world, Sikyong elucidated that power isn’t an option in the present critical scenario of Tibet as each civil servant under CTA believes in working at CTA is a sacred job as it ultimately means serving the cause of Tibet.

“Tibetans in Tibet also look up to us as a spokesperson to magnify their voices,” said President Lobsang Sangay.

His hour-long interaction with the students concluded on best wishes by Sikyong for the future endeavours of the students.

The Gurukul programme is held annually for a month in Dharamshala. The programme aims to enrich the participants by providing an extended introduction to Tibetan culture and religion, by actively engaging the participants in daily activities of Tibetan life in the monasteries and nunneries, and with communities in exile. 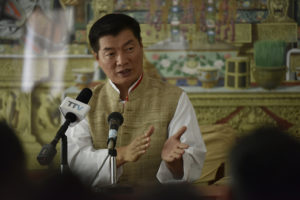 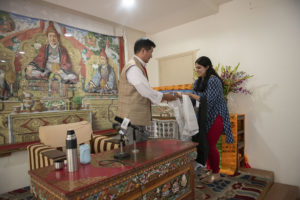 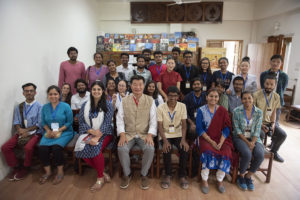 President Lobsang Sangay with the students of Gurukul Programme 2019 at Kashag. Photo/Tenzin Jigme/CTA