Moscow: Russia being the largest territory in the world is however one of the smallest Tibetan communities clustered mainly in the Buddhist Republics of Russia such as Buryat, Kalmyk and Tuva Republics.

Despite being so far geographically from the exile Tibetan government in Dharamshala, the Tibetans in Russia hit the polling stations with high enthusiasm to cast their votes in the preliminary elections for the future Sikyong of the Central Tibetan Administration and 17th Parliamentary members. The Parliament member representing Russia is from the Australasian continent.

“We have one of the smallest but active Tibetans Communities in Russia and Mongolia. Every time we meet the Tibetan community spread across the vast territory of Russia, I encourage every Tibetan to utilize their democratic rights and fulfill their duties as a Tibetan by contributing their dues for Green Book and encourage those who do not have a Green Book to apply for one. It is one of the most important documents to obtain as a Tibetan,” said Honorary Representative Telo Tulku Rinpoche.

The preliminary elections are yet to be counted.

Overall, the Tibetans living in Russia were proud to be able to cast their votes and be part of the Democratic system of exile Tibetans. 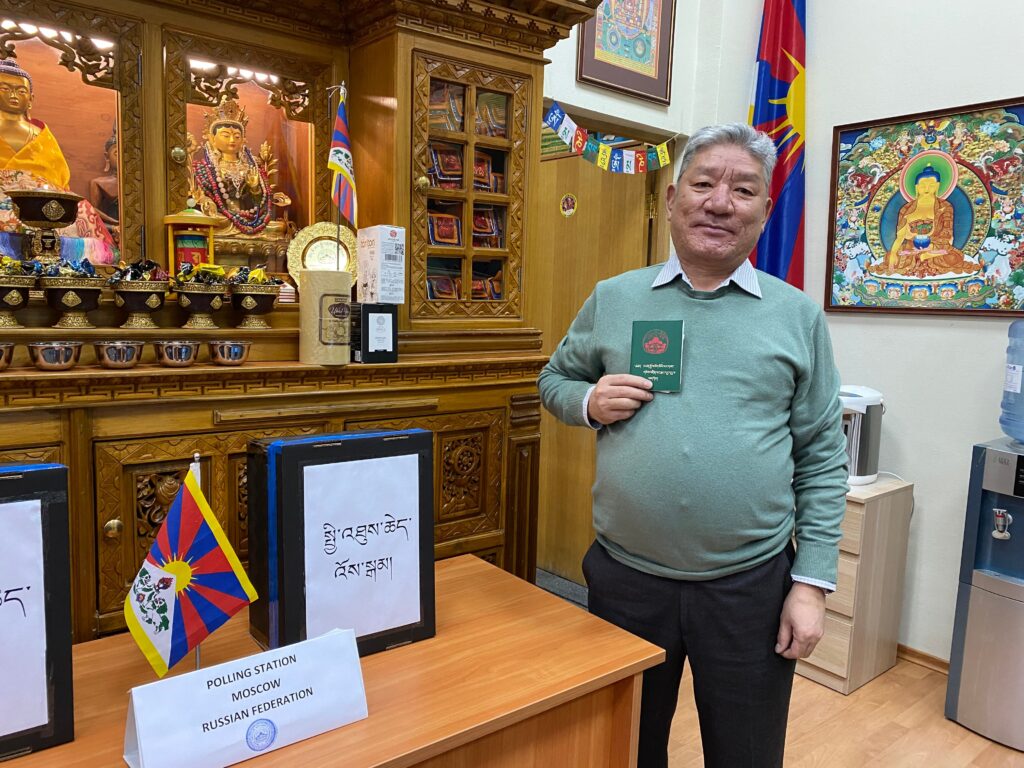 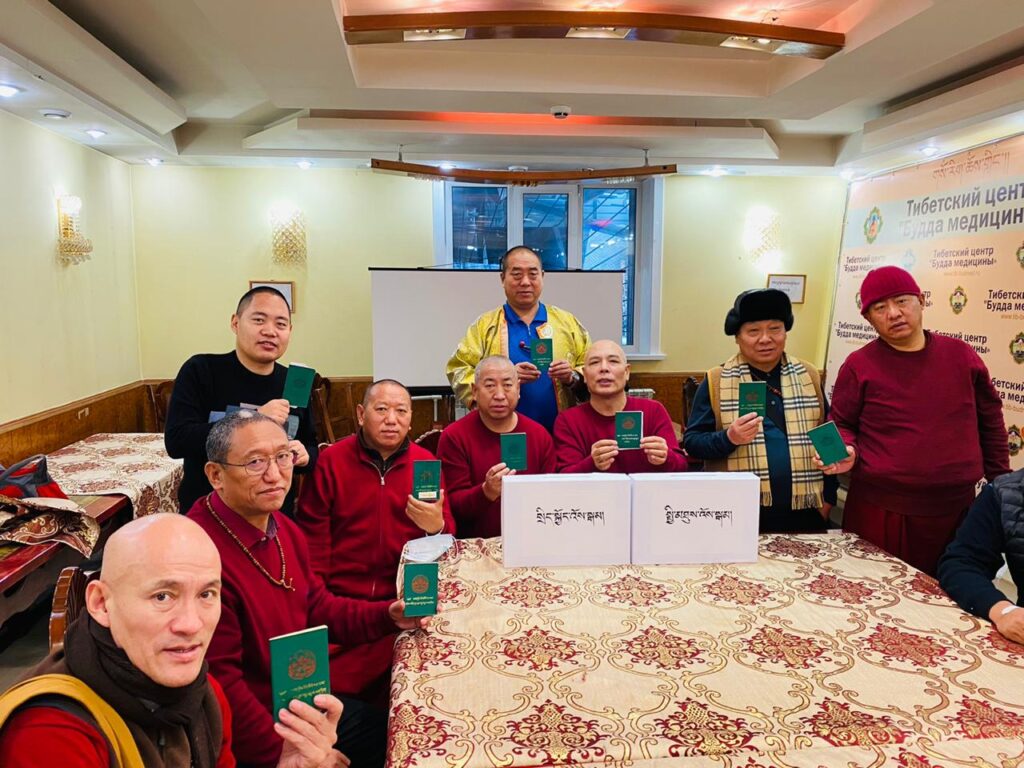 Tibetans living in the Buryat Republic holding their Green Books with pride as they cast their vote in the preliminary elections for 2021 Sikyong and 17th Tibetan parliament members. 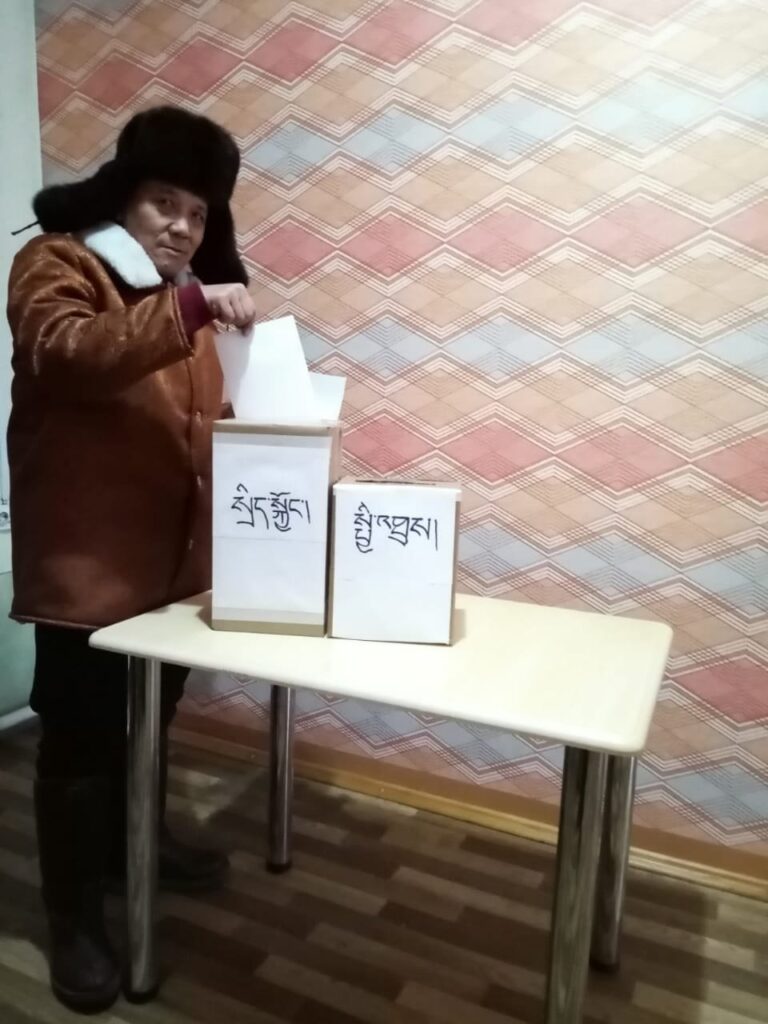 The extremely cold weather of Tuva minus 35c did not prevent Tibetans from casting their ballots. 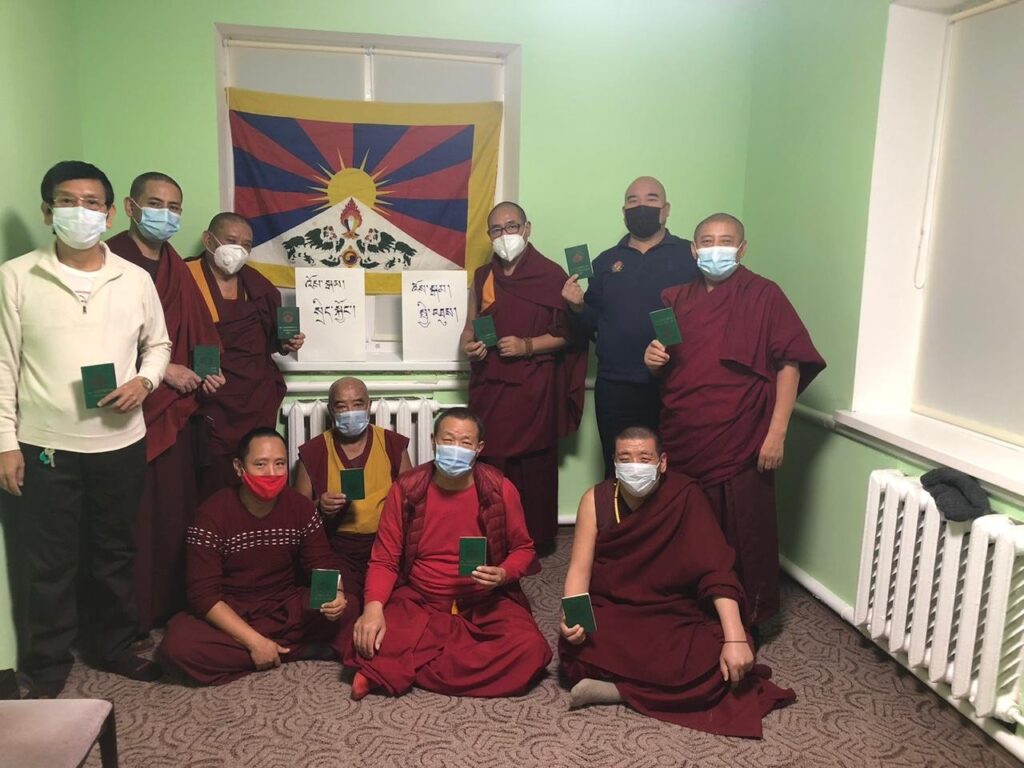 Tibetan Community in the Kalmyk Republic at the polling station.