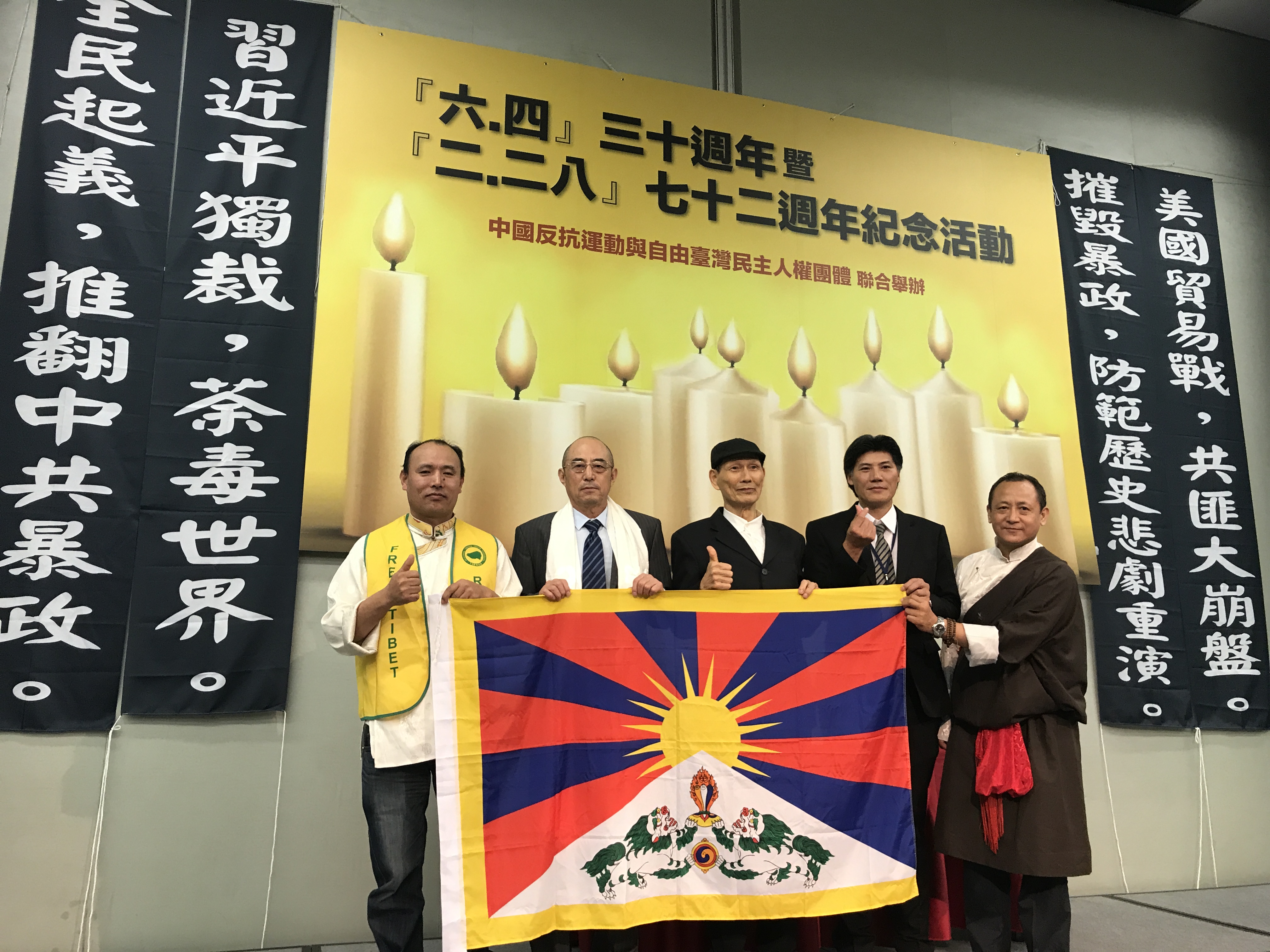 Tibetans in Taipei, Taiwan commemorate the 30th anniversary of the Tiananmen Square Massacre on 2 June 2019.

The commemorative event marking Chinese government’s heavy-handed crackdown on thousands of student-protestors in 1989 was jointly organized by the China Rebel Movement and the Free Taiwan Democratic Human Rights Group.

The dignitaries attending the event include the former Premier of Taiwan William Lai who is also a nominee for the 2020 Taiwanese presidential election and former Vice President of Taiwan, Annette Lu.

William Lai remembered and thanked the Tibetans for expressing their solidarity with the people of Taiwan during the deadly earthquake of 2016 and expressed gratitude to the Office of His Holiness the Dalai Lama for the contribution of US$ 50,000. At the time, William Lai was the mayor of the city. He recalled that he visited the Office of Tibet in Taipei in the same year to thank for the support.

Mr. Lai condemned the Chinese government’s brutal crackdown on its own citizens during the 1989 Tiananmen Demonstrations and said the political conditions in China continues to remain highly repressive with cruel treatment of Uighurs and Tibetans.

Speaking at the event, Tenzin Namdak, the President of Taiwan Tibetan Welfare Association expressed the solidarity with the victims of the June 4 Tiananmen demonstrations, and highlighted China’s oppressive policies in Tibet that began with the unjust signing of the Seventeen Point Agreement in 1951, and culminating with over 150 cases of self-immolations till date.

Mr. Namdak mentioned the distinctions between Tibet and Taiwan cases, saying “more than 97 percent of the Tibetan people live within Tibet, and to prevent the further deterioration of Tibetan religion and culture, the Middle Way Policy is the most feasible solution for Sino-Tibetan conflict.”

Tenzin Namdak offered the thanksgiving Tibetan ceremonial white scarf to the former Taiwanese Vice President Annette Lu, and the Tibetan monks invited to the event presented the white scarfs to other dignitaries attending the event, including William Lai. 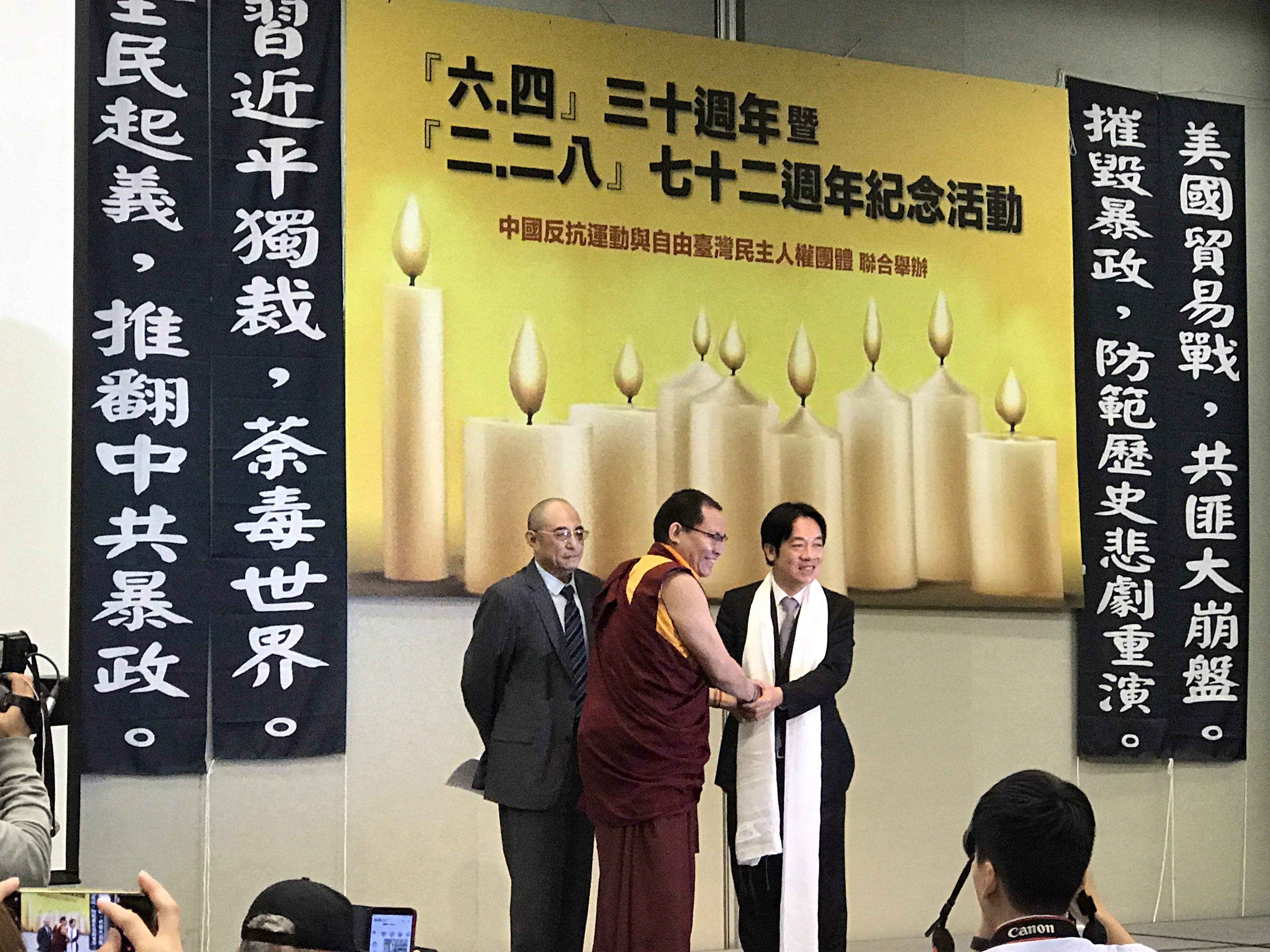 A Tibetan representative felicitates former Premier of Taiwan William Lai with a traditional Tibetan scarf at the event, 2 Jun3 2019. 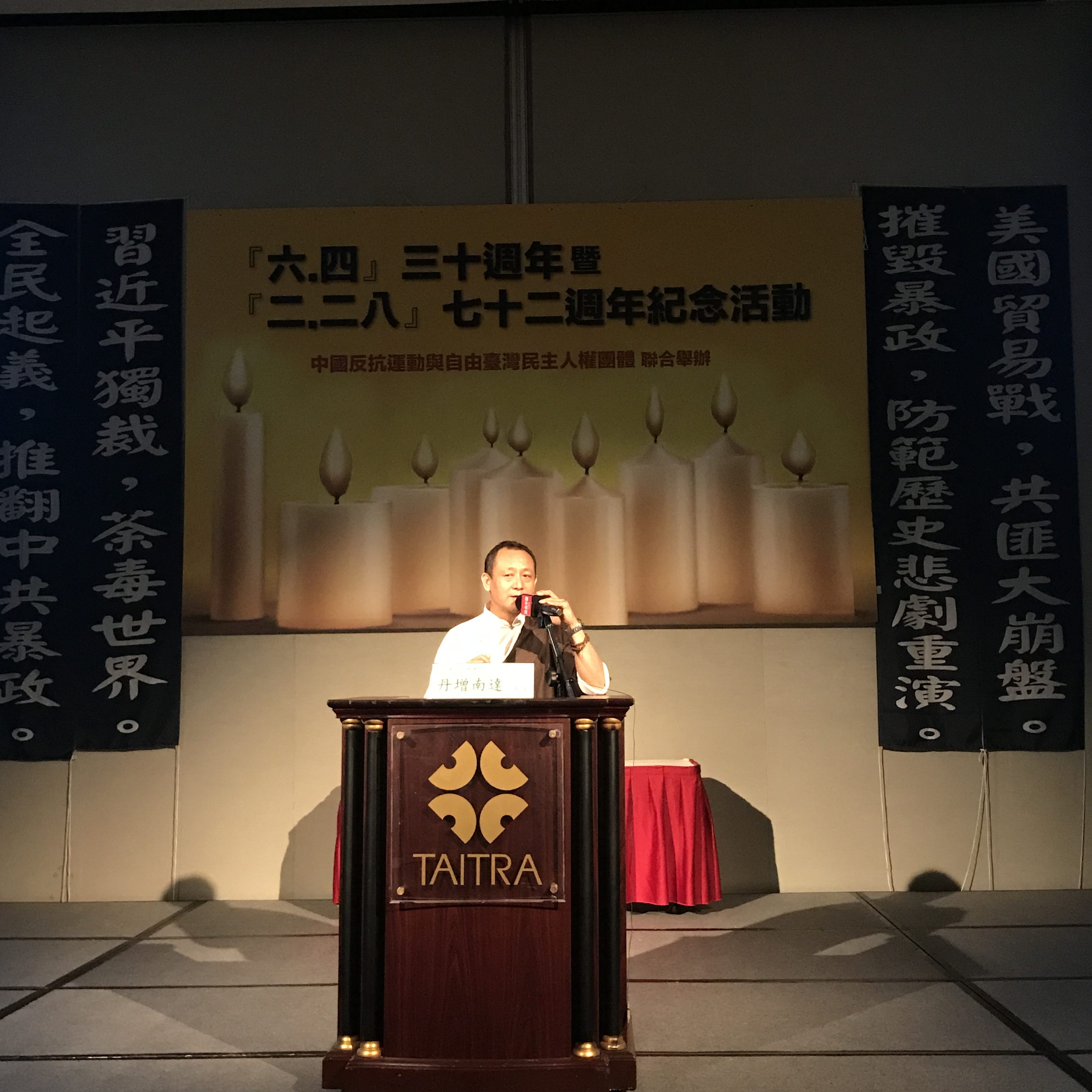 Tenzin Namdak, the President of Taiwan Tibetan Welfare Association speaking at the commemoration of the 30th anniversary of Tiananmen Square Massacre on 2 June 2019 in Taipei city of Taiwan.