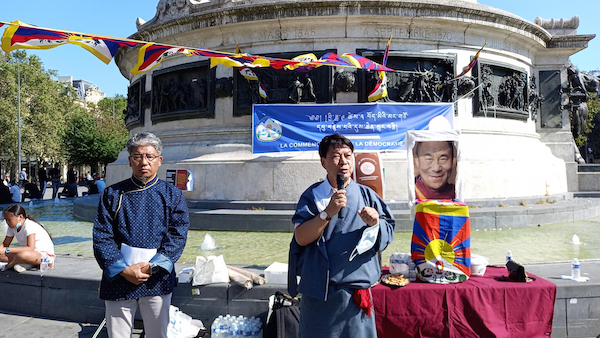 Representative Tashi Phuntsok at the ceremony to celebrate the 61st Tibetan Democracy Day.

Paris: Tibetans in France celebrated the 61st Tibetan Democracy Day at the historical French Republic Square in Paris. In the fleeting sunshine of the unpredictable summer afternoon, under the huge statue of Marianne, personification of France, a temporary altar with His Holiness the Dalai Lama was erected amid hundreds of fluttering Tibetan flags.

The ceremony began with a brief introduction of the day in French by Ms Yangkyi, Secretary of Tibetan Community. With the Tibetan National Anthem sung and a minute’s silence for those Tibetans who have sacrificed their life for Tibet, followed by Tibetan Democracy song, Nam Nyonpo.

Mr Karma Thinlay, President of Tibetan Community read out a written speech in Tibetan, outlining the importance and evolution of Tibetan democratic system.

Representative Tashi Phuntsok, while paying rich tributes to His Holiness the Dalai Lama for his visionary leadership and in particular bringing about a historic democratic system for Tibet, contextualised the evolution of democratic systems around the world. Most of the democratic revolutions were at a huge human cost and strife and suffering. With the storming of the Bastilles, on July 4, 1789 heralded the French Revolution and eventual fall of monarchy. Place de la Republique in Paris symbolises the formation of the First French Republic in 1792.

Mr Phuntsok further stated that there are democracies with monarchies, parliamentary and presidential systems. With written and unwritten constitutions, however largely dependent on conventional and traditional ways of liberal democracies. There are others, like China, that also claim to be democracies.

However, the test of maturity of democratic tradition is exhibited when the citizens are fully habituated and in sync with democratic norms, he said. As being able to read Tibetan and Tibetan spiritual text will not make you immediately adept at Buddhism, in the same way being able to read and understand the constitution or the law will not make you a democratic person at once. It has to become a way of life, or a second nature in your daily life. Like the Tibetans who have obtained the unique Tibetan way of life through many years of Biddhist traditions. All of us have to persevere hard, he concluded.

In the end he prayed for a long life for His Holiness and appealed to all to ensure that we did not disappoint him in his ripe age in our pursuit of democratic practices. 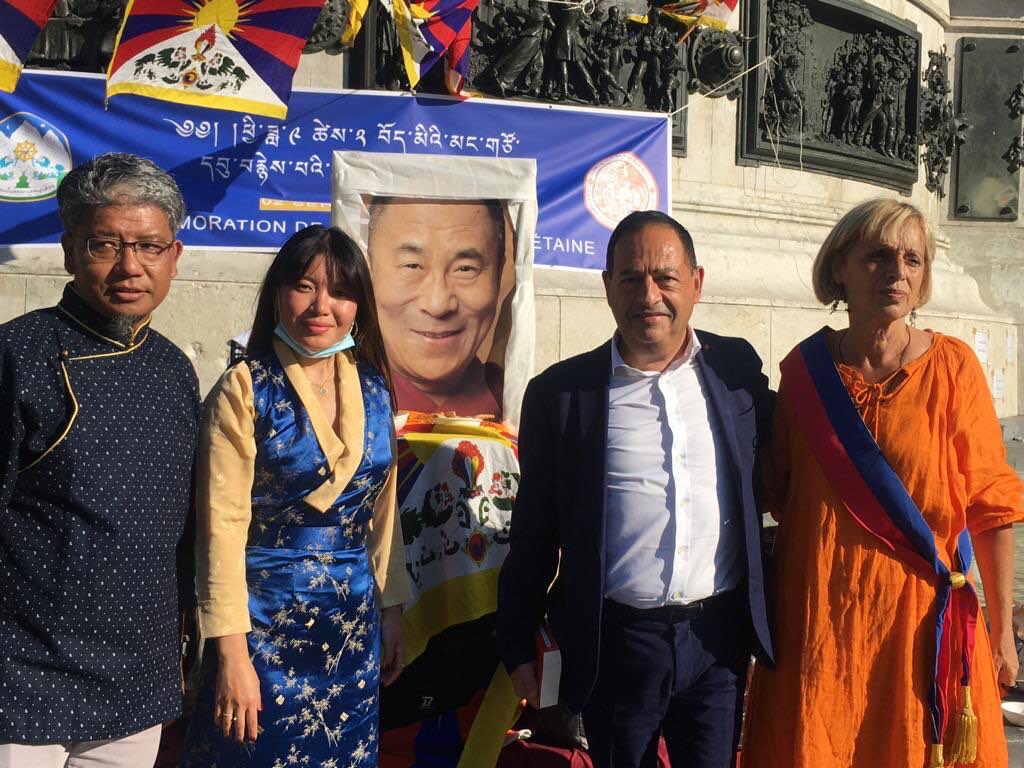 Tibetans at the ceremony.

Tibetans at the ceremony.