Choephelling, Miao: Tibetans worldwide commemorated the 62nd anniversary of the Tibetan Uprising Day on March 10 in honour of Tibetan martyrs and those who continue to suffer under the Chinese authoritarian regime since its occupation in 1949.

Miao Choephelling Tibetans commemorated the 62nd Tibetan National Uprising Day at the community hall. The event was attended by Shri. Asamto Tikhak as a Chief Guest who was recently elected ZPM from Miao constituency and graced the event by lighting a butter lamp before the portrait of His Holiness the Dalai Lama.

Mr Tenzin Chokden, Tibetan Settlement Officer (TSO) in his welcome speech thanked today’s chief guest for taking part in the programme and his show of support and solidarity. TSO then read out the statement issued by Kashag, followed by the Tibetan Parliament-in-exile’s statement by Mr Wangchen Dakpa, Chairman of Local Tibetan Assembly.

Shri. Asamto Tikhak started his speech by assuring his undying support for Tibet’s struggle and also conveyed Hon’ble MLA cum Minister Shri. Kamlung Mosang’s message of love and support. He stressed the importance of the Tibetan National Uprising Day for commemorating those brave-hearted martyrs who laid down their lives for the freedom struggle, suggesting a camp-wise commemoration for the historic day to remember those braveheart martyrs. He advised the youth to strengthen the good relationship formed by elders with the neighbouring local community and so on. Chief Guest further urged the community to carry forward the movement of peace and non-violence following the example of Lord Buddha and Mahatma Gandhi Ji. He concluded his speech by praising the school administration and school band party for the wonderful performance of the Tibetan and Indian national anthem along with the Tibetan National Uprising Day tribute song and further encouraged the students to continue the same.

Mr Shanyi, a member of the Regional Tibetan Freedom Movement (Bod Rangwang Denpe Legyul Tsokchung) thanked the Chief Guest for his inspiring speech to conclude the programme. After the event, Chief Guest along with TSO visited the Settlement monastery and the Gyalwe Phodrang or the private room of His Holiness the Dalai Lama and sought blessings. 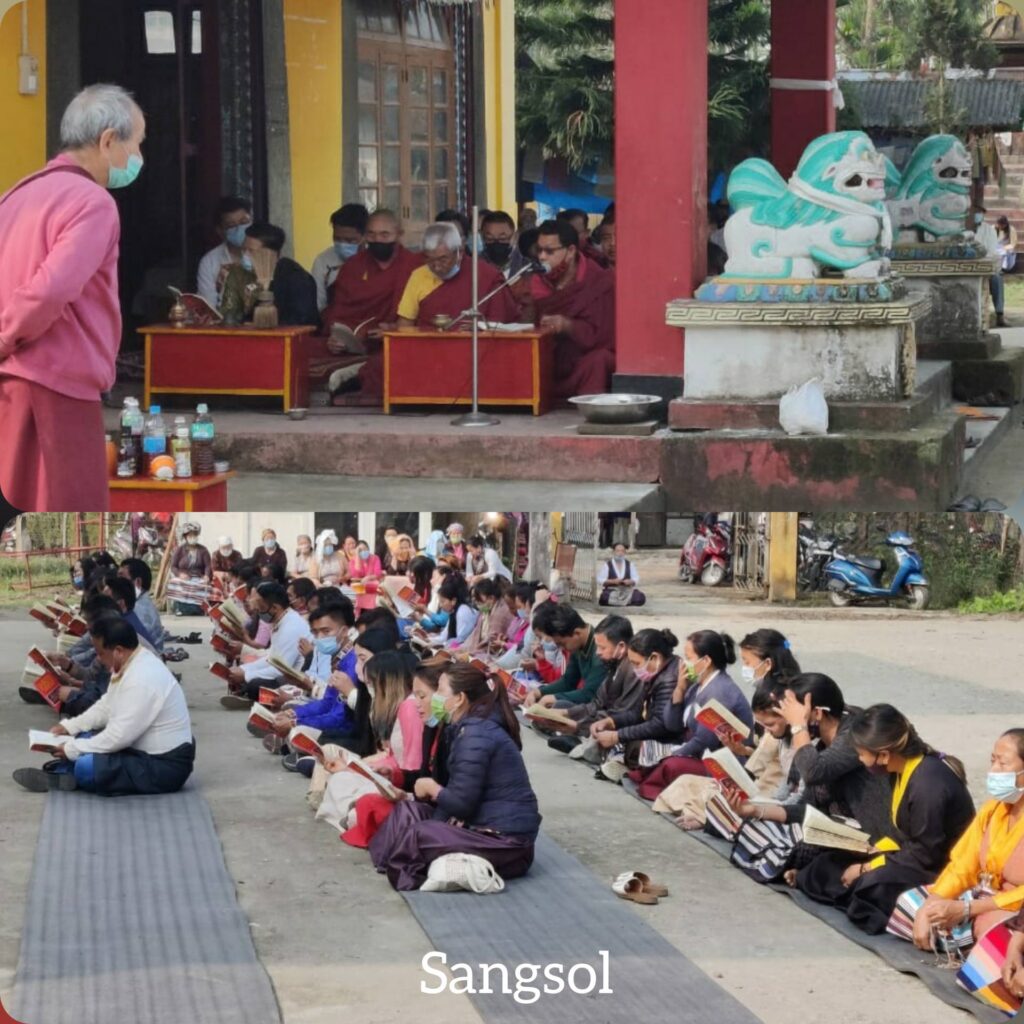 The settlement community dedicate prayers to the martyrs and for the speedy resolution of the conflict.