Dharamshala: Tibetans across the world on Wednesday marked the 60th anniversary of the birth of Tibetan democracy.

Led by Settlement offices across India and Nepal, Tibetans observed the historic day with glowing tributes and gratitude to His Holiness the Great 14th Dalai Lama, the pioneer of Tibetan democracy. 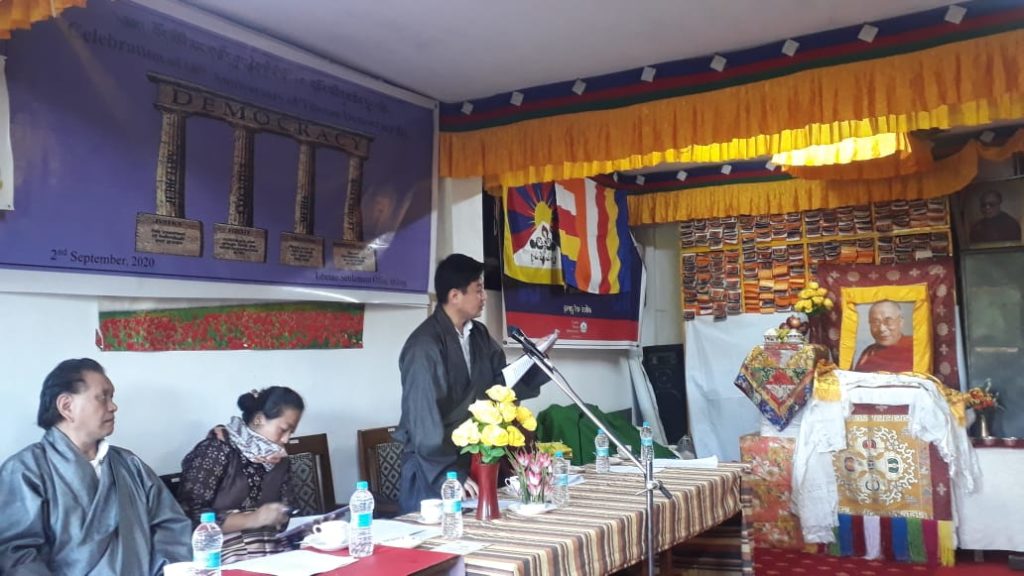 Settlement Officer Pema Dhondup speaking at the celebration of the 60th anniversary of Tibetan democracy day.

The monks of the Gaden Choeling Buddhist Monastery led the prayers sessions followed by Sangsol (Incense offering). The official function began with offering mandala to the portrait of H.H the Dalai Lama by the Tibetan settlement officer Mr. Pema Dhondup, Tibetan parliamentarian Yangchen Dolker and the Abbot of the monastery followed by the offering of scarf by the Tibetan community leaders.

The program continued with the Singing of Tibetan national anthem, Indian national anthem and democracy day song. Later, one minute silence is observed in the memory of patriotic Tibetans who have sacrificed their lives for the cause of Tibet.

The statements of Kashag and Tibetan Parliament in Exile is read by Tibetan settlement officer and Tibetan parliamentarian respectively. The abbot of the monastery address the importance of this momentous occasion followed by Vote of Thanks by the President of Local Tibetan Assembly Mr. Shilok Tsering.

Finally, Settlement officer handed cheque amount of Rs 9000.00 and distributed COVID-19 essential health products including face mask, hand sanitizers, hand wash, gloves and to two mental health patients as per the direction from DoHealth (CTA). At the same time distributed hand sanitizer and sodium hypochlorite to the Monastery, School and mentseekhang as a precautionary measure against COVID pandemic. Also distributed dry ration to the needy family under DeHome emergency Fund. The size of the gathering was reduced in accordance with the local state and district guidelines on COVID-19. 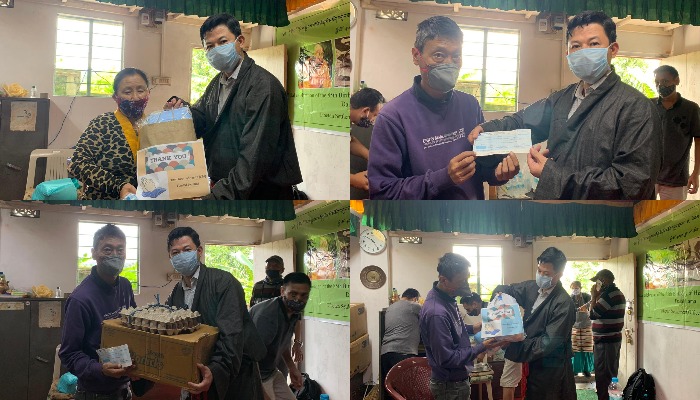 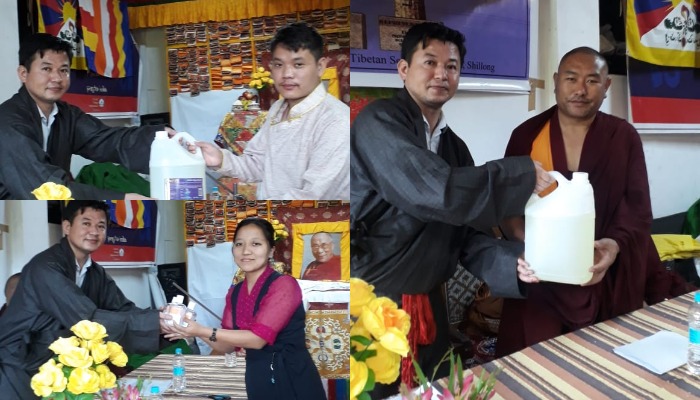 Tibetans in Ravangla braved the heavy rain on the morning of 2 September to offer traditional Tibetan incense (Tib: Sang) as a mark of auspiciousness. The Settlement Office observed a ceremony at the Gyalyum Chenmo auditorium in the presence of the Settlement Officer, staff, representatives of Tibetan NGOs and associations, members of Local Tibetan Assembly.

The Settlement Officer and the president of the local Tibetan assembly read out the statement of Kashag and the Tibetan parliament on the occasion.

The ceremony also witnessed the swearing-in of the 10th local Tibetan assembly. 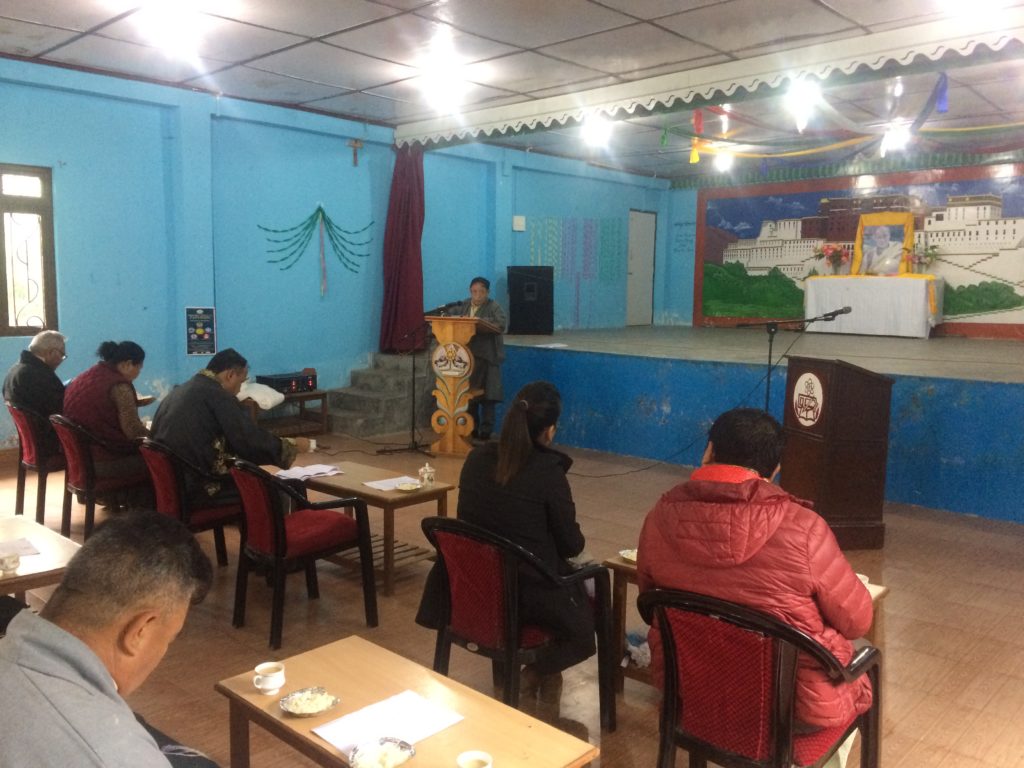 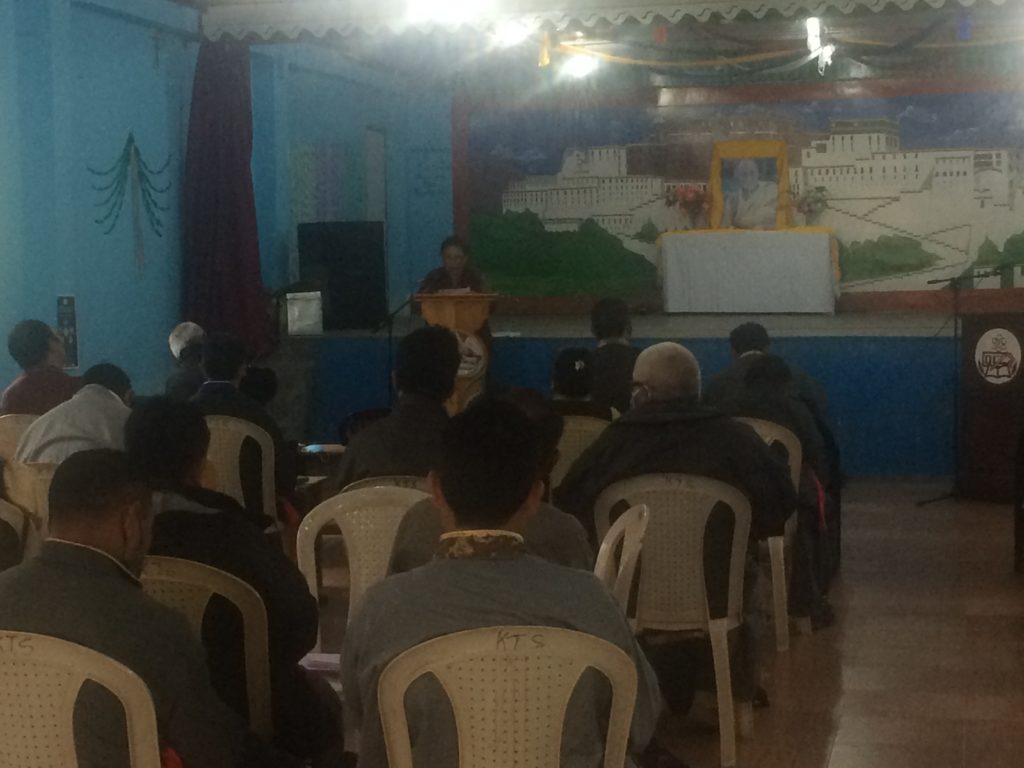 LTA president reading the TPIE statement on the occasion. 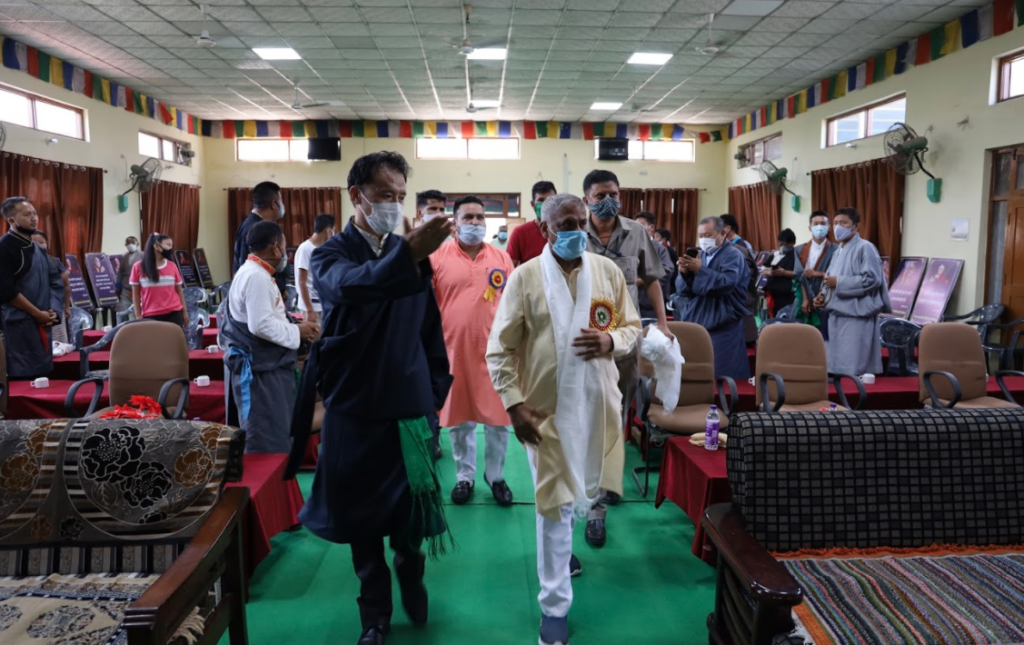 The Tibetans in Poanta settlement observed the occasion in the presence of Chief Guest Shri Sukhram Chaudhary, Power Minister of H.P, and other delegates.

Speaking on the occasion, the Minister expressed his profound respect to the legacies of His Holiness the Dalai Lama and acknowledged there could be no better pioneer of peace than His Holiness.

He expressed his gratitude to the settlement officer and the Tibetan residents for the invitation to observe the celebrations.

The celebration was kept modest with the gathering of not more than 50 people as the guidelines issued by GOI. 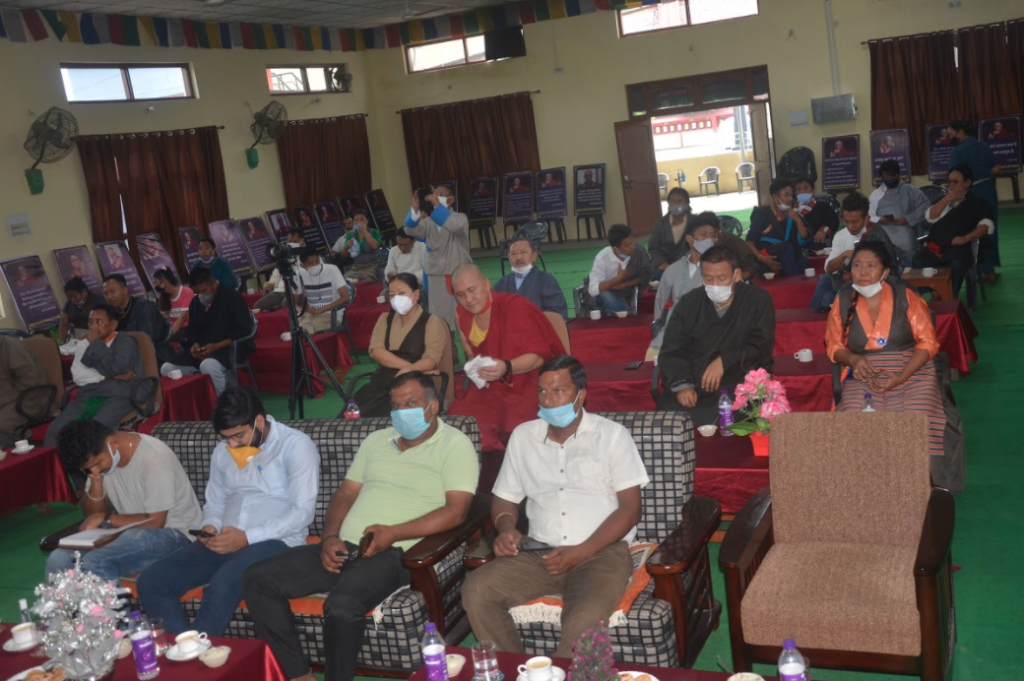