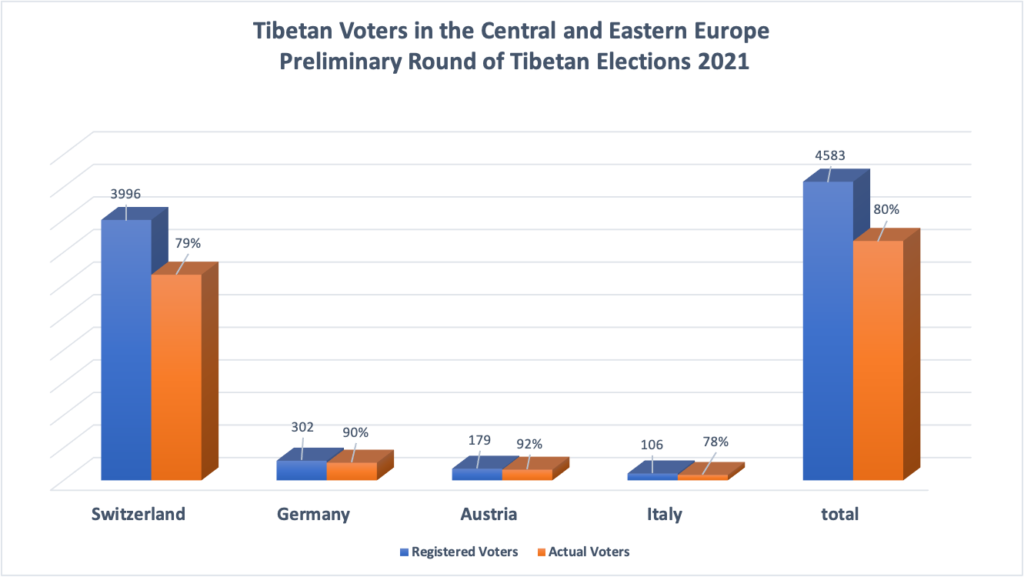 Tibetan Voters in the Central and Eastern Europe in the Preliminary Round of Elections 202. Photo/ OOT, Geneva

Geneva: Tibetans residing in Switzerland and Liechtenstein, Germany, Italy and Austria had successfully participated in the preliminary round of elections for Sikyong and members of Tibetan Parliament in Exile, earlier this week.

Despite the unpredictable and challenging scenario in the backdrop of Wuhan originated COVID-19 pandemic, Tibetans under the jurisdiction of the Tibet Bureau Geneva efficiently adapted to the new challenges and partook in the elections. Considering the local ground situations including travel restrictions within the country, the polling stations were organized in such a way that registered voters can smoothly participate in the elections. For instance, regional election members in Stuttgart city of Germany and Turbenthal canton in Switzerland arranged mobile ballot boxes.

Of the 4583 registered Tibetan voters in the Central and Eastern Europe, 3674 Tibetans have cast the votes in 39 polling stations. Of these, 3156 Tibetans were from Switzerland and Liechtenstein, 271 from Germany, 164 were from Austria and 83 were from Italy.

Commenting on the completion of the preliminary round of elections, the local Election Commissioner, Representative Chhimey Rigzen of the Tibet Bureau in Geneva said, “In the new world of COVID, Tibetans have powerfully exhibited their faith in the democratic values and determination in strengthening the root of exile democratic system as envisioned by His Holiness the Dalai Lama”.

Representative Chhimey Rigzen acknowledged and thanked Presidents and Vice-Presidents of Tibetan Communities, regional elections members, observers and election working staff under the jurisdiction for their cooperation ensuring a transparent and honest electoral process.

A Tibetan family with children who are voting for the first time, Switzerland on 3 January 2021. Photo/ OOT, Geneva 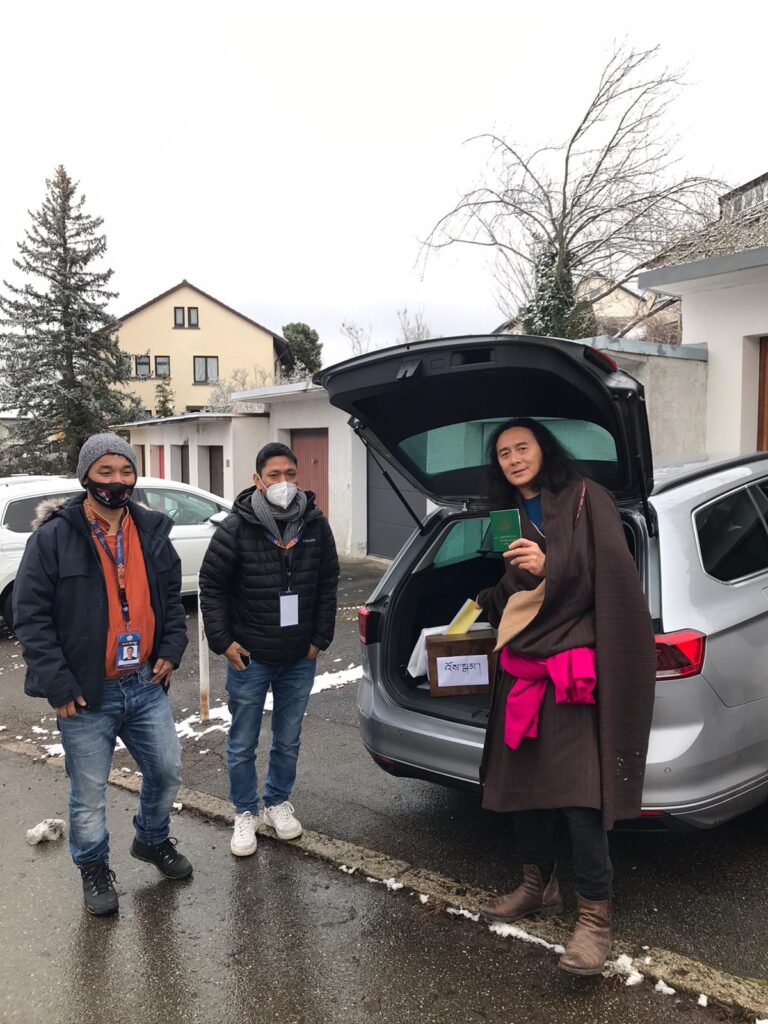 A member of Tibetan community casting votes in the mobile ballot box as facilitated by the regional election members of the Tibetan Community in Stuttgart, Germany on 3 January 2021. Photo/ OOT, Geneva 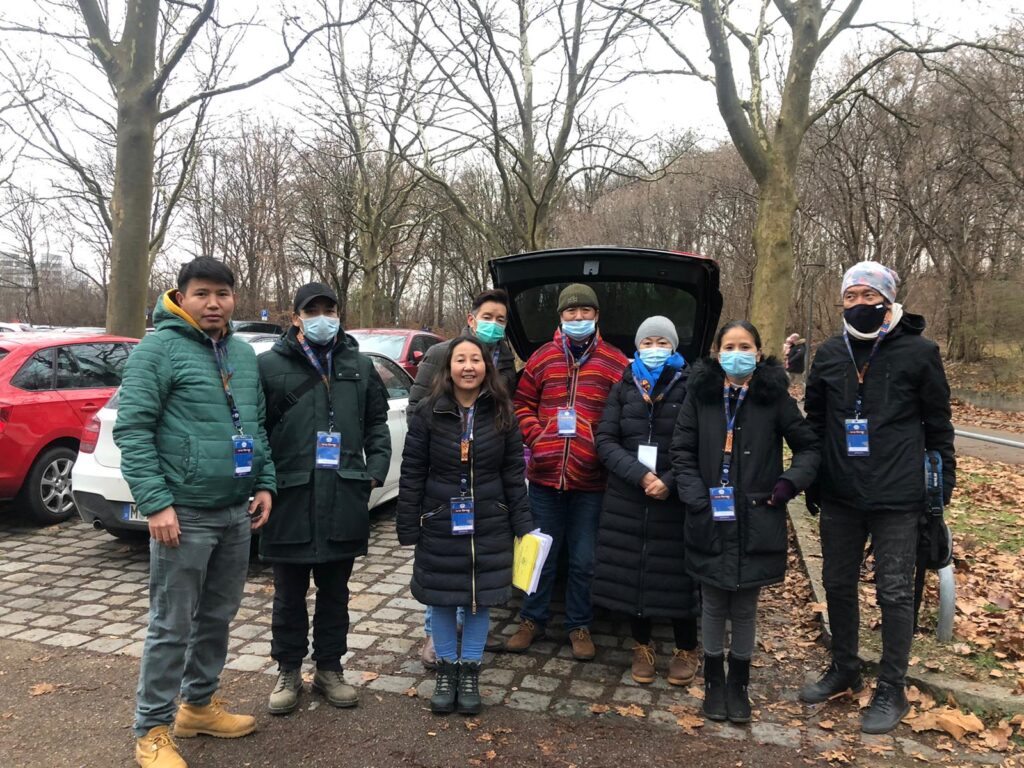 Regional Election staff and members of Tibetan Community in Munich, Germany in front of a mobile voting station in the public park. Photo/ OOT, Geneva