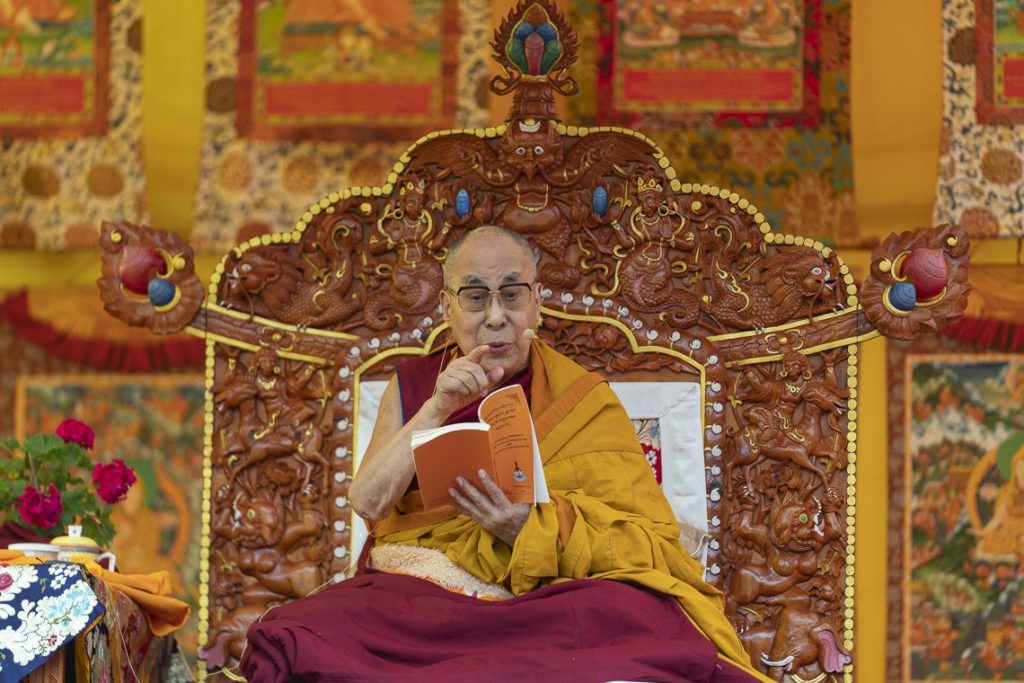 As the fourteenth Dalai Lama, the spiritual leader of Tibet, turned 84 last month, China has started pushing its agenda by claiming rights in the selection process of the next Dalai Lama.

The recent controversy involving Tibet and China is related to the reincarnation of the Dalai Lama. According to the Buddhist tradition in Tibet, scholar-adepts are recognised, which are considered to be of immense help to both Dharma and sentient beings and in particular to the monastic community. Perhaps, the reincarnation of the Dalai Lama is being explored in light of the tradition.

The Central Tibet Administration, the Tibetan government-in-exile, expects India should follow the US and tell China not to interfere in the reincarnation process. “India should urge China not to interfere in this Tibetan religious and cultural matter. Like the US Congress, it should also make it clear that China-appointed Dalai Lama will not be accepted by the International Community,” Tsewang Gyalpo Arya, Secretary, Department of Information and International Relations of Central Tibet Administration, said.

In April 2019, US Senator Cory Gardner said at a hearing of the Senate Foreign Relations Asia Subcommittee that the Congress would not recognise a Dalai Lama chosen by the Chinese government.

In an email response to this correspondent, TG Arya, said, “It [Chinese attempt to reincarnate the 15th Dalai Lama] is a gross interference in Tibetan Buddhist spiritual affairs.”

He also blamed Chinese communist party leadership for dismantling Tibetan monasteries and repression of religion on behest of China continues in Tibet. “They [Chinese] don’t believe in religion and reincarnation, so their move to interfere in reincarnation matter is to destroy the foundation of Tibetan spiritualism to serve their political agenda. Tibetans and the International [community] will not tolerate this.”

When asked if it is an attempt by China to dismantle Tibet’s strive for autonomy, Arya responded, “Yes, it is. They want to dismantle every aspect of Tibetan political, religious and cultural identity and Sinicise the region.”

The Dalai Lama and CTA have also hinted at the possibility of the spiritual leader’s incarnation being found in India, the country where he has spent around 60 years in exile. In the meantime, both these Tibetan authorities have strictly warned that “any other successor named by China would not be respected.”

The 14th Dalai Lama clearly rejects the role of China in the reincarnation process. But the People’s Republic of China presses its claim over the issue. At a media briefing in March 2019, Chinese foreign ministry spokesperson Geng Shuang said the 14th Dalai Lama himself was chosen by ancient religious rituals, therefore, “..reincarnations including that of the Dalai Lama, should observe the country’s laws and regulations,” reported Hindu Business Line.

Tibet’s history and its relations with China have been variedly interpreted. While China claims Tibet to be a part of it since the Yuan Dynasty, pieces of evidence suggest that China’s propagation is a 20th-century construction. At times, Tibet has also become a bone of contention between India and China. China maintains that Tibet is an internal issue of China and not a bilateral one. Whereas, the fact of the matter is, Tibet is an issue which plays a crucial role in China’s relation with countries such as India, Bhutan, and Nepal.

Things turned ugly when Tibetans sensed a trap by the Chinese government to capture the 14th Dalai Lama, Tenzin Gyatso. He was asked by a Chinese general to come to Chinese military headquarters without his security men if he wished to watch a performance by a Chinese dance troupe, wrote Dalai Lama in his official biography. Tibetans surrounded their spiritual leader to escape his speculated abduction and on March 17, 1959, Tibet’s spiritual leader, then 23, had to flee to India to save his life. Back home, thousands of protesters were brutally killed by Chinese forces. Since then the 14th Dalai Lama has been in exile.

The 14th Dalai Lama in his biography mentions that “Reincarnation is a phenomenon which should take place either through the voluntary choice of the concerned person or at least on the strength of his or her karma, merit and prayers. Therefore, the person who reincarnates has sole legitimate authority over where and how he or she takes rebirth and how that reincarnation is to be recognised.” But, the 14th Dalai Lama throws the issue of reincarnation back to followers of Tibetan Buddhism, he writes, “When I am about ninety, I will consult the high Lamas of the Tibetan Buddhist traditions, the Tibetan public, and other concerned people who follow Tibetan Buddhism, and re-evaluate whether the institution of the Dalai Lama should continue or not. On that basis, we will take a decision. If it is decided that the reincarnation of the Dalai Lama should continue and there is a need for the Fifteenth Dalai Lama to be recognised, responsibility for doing so will primarily rest on the concerned officers of the Dalai Lama’s Gaden Phodrang Trust.”

On the procedures of who and how should the reincarnation process follow, the spiritual leader in his biography writes, “I shall leave clear written instructions about this [reincarnation]. Bear in mind that, apart from the reincarnation recognised through such legitimate methods, no recognition or acceptance should be given to a candidate chosen for political ends by anyone, including those in the People’s Republic of China.”

The spiritual leader, earlier this year, in an interview to Reuters, anticipated China’s interference in foisting his successor. “In future, in case you see two Dalai Lamas, one from here [India], a free country, [and] one chosen by Chinese, then nobody will trust, nobody will respect [the one chosen by China]. So that’s an additional problem for the Chinese! It’s possible, it can happen,” the 14th Dalai Lama was quoted as saying by Reuters.

On August 7, President of the Tibetan government-in-exile Lobsang Sangay outrightly rejected the Chinese attempts to induct successor of the 14th Dalai Lama. Sangay took China head-on saying, “Look at the track record of the Chinese government, which has always vilified the present Dalai Lama.” He further asked, “Who will accept Chinese claims? How many Tibetans would follow a Chinese Dalai Lama?”

Sangay invoked the case of 11th Panchen Lama Gedhun Choekyi Nyima, saying, “If China plans to have two Dalai Lamas then he will be treated by Tibetans in the same way they treated Panchen Lama.”

Panchen Lama is considered to be a second-highest spiritual authority in Tibetan Buddhism after the Dalai Lama. On April 25, 1995, Gedhun C Nyima turned six and he was allegedly abducted by the Chinese government. Six months later to Gedhun’s abduction, China announced that it had found the ‘real’ reincarnation of Panchen Lama. A Tibetan boy Gyaltsen Norbu was declared as the 11th Panchen Lama. Norbu is a member of the Chinese People’s Political Consultative Conference (CPPCC), a top advisory body to China’s government. However, most of the Tibetans do not consider him to be the Panchen Lama and refer to him as ‘Panchen Zuma’ or ‘fake Panchen’.