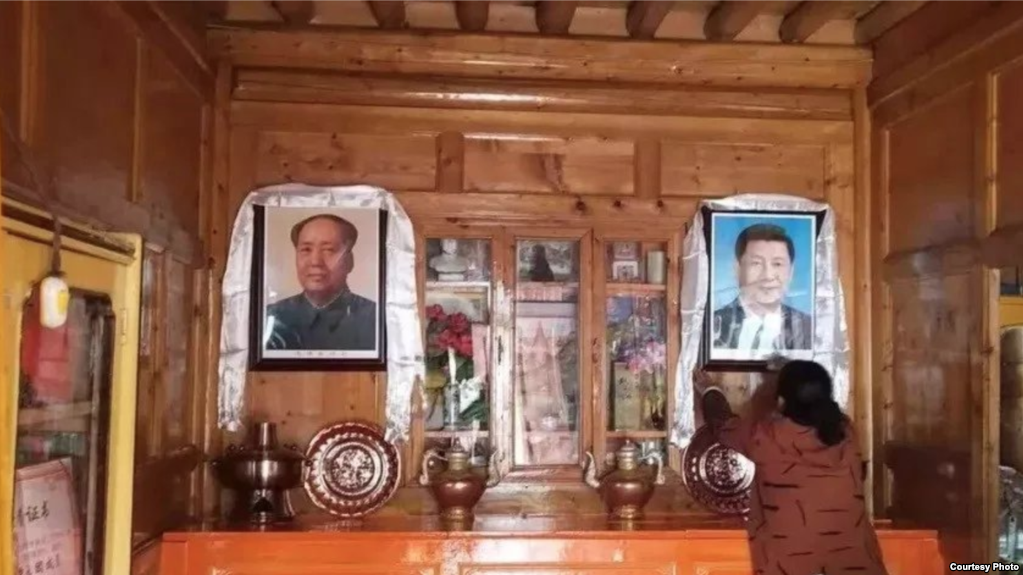 It’s just the beginning of 2019 and the year is already bespeaking the Chinese government’s ever-intensifying grip on Tibet and its repressive policies against the Tibetan people. This year marks the 60th anniversary of the Tibetan National Uprising of 1959, which forced His Holiness the Dalai Lama and thousands of Tibetans to escape into exile. And China seems to be accelerating the curb on religious expression and activities, as recent reports from Tibet reveal.

As confirmed by our source, Tibetans in Serta County, incorporated into China’s Sichuan province, are forced to remove portraits of His Holiness the Dalai Lama from their altars. They are compelled to display pictures of Chinese leaders, including Xi Jinping, and to prostrate and make offerings instead. Prostration in Tibetan Buddhism is a traditional practice, a religious gesture of reverence reserved to the Buddha, the Dharma and the Sangha.

“Tibetans prostrate only to the three Jewels of Tibetan Buddhism,” noted DIIR Secretary Sonam Norbu Dagpo, the official spokesperson of the Central Tibetan Administration. “The Communist Party of China “claims” to be an atheist government and China an atheist country. Compelling the Tibetans in Tibet to prostrate to pictures of Chinese leaders including that of Xi Jinping is not only inappropriate but such intervention going against the Tibetan culture and Buddhist tradition is unacceptable,” he said.

Earlier this week, Chinese authorities in TAR even made proposals of building statues officials deployed in Tibet, under “cultural development”.

Other reports earlier in the month likewise indicated the Chinese government’s continuation of repression and further deterioration of the situation of human rights in Tibet. Last week, UN and Human Rights desk at DIIR reported on local Chinese authorities issuing of orders banning Tibetan students and civil servants from engaging in any kind of religious activities. The orders were supplemented with threat of dire consequences if not abided by.