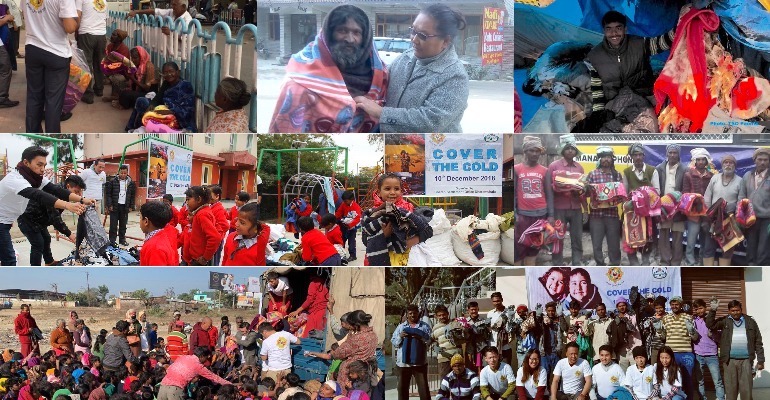 On 10 December, the 29th Anniversary of Conferment of Nobel Peace Prize on His Holiness the Dalai Lama, Tibetans across India observe Cover the Cold Campaign to thank the People of India.

Dharamshala: Tibetans across India organised a series of ‘Cover the Cold’ campaign on Monday as part of the celebrations for the 29th anniversary of the conferment of Nobel Peace Prize on His Holiness the Dalai Lama and CTA’s yearlong Thank you India campaign.

Under the leadership of the Central Tibetan Administration, Tibetan people across India observed the year 2018 with a series of Pan-India events to express gratitude to the Government and People of India.

The yearlong Thank you campaign kicked off on 19 March 2018 with a Padyatra from Chuthangmo, Arunachal Pradesh which is the point of His Holiness the Dalai Lama’s arrival into India in 1959. CTA organised a mega ‘Thank you India’ public event at Tsuglakhang temple which was graced by His Holiness the Dalai Lama on 31 March. This was followed by a ‘Cultural Festival of Tibet’ in Delhi; ‘Pray for India’ event where Buddhist monks along with leaders of different faiths offered prayers for India’s success and wellbeing of the Indian people; ‘Towards a Green India’ mass tree plantation drive; ‘Towards a Healthy India’ nationwide yoga awareness drive; ‘Feed the Hungry’ event on 6 July, His Holiness’ birthday; ‘Towards a Clean India’ on 2 October, Gandhi Jayanti; and finally, on 10 December, on the occasion of the 29th anniversary of conferment of Nobel Peace Prize on His Holiness the Dalai Lama, Tibetans across India distributed blankets and warm clothes to the homeless and needy Indians in and around Tibetan communities. 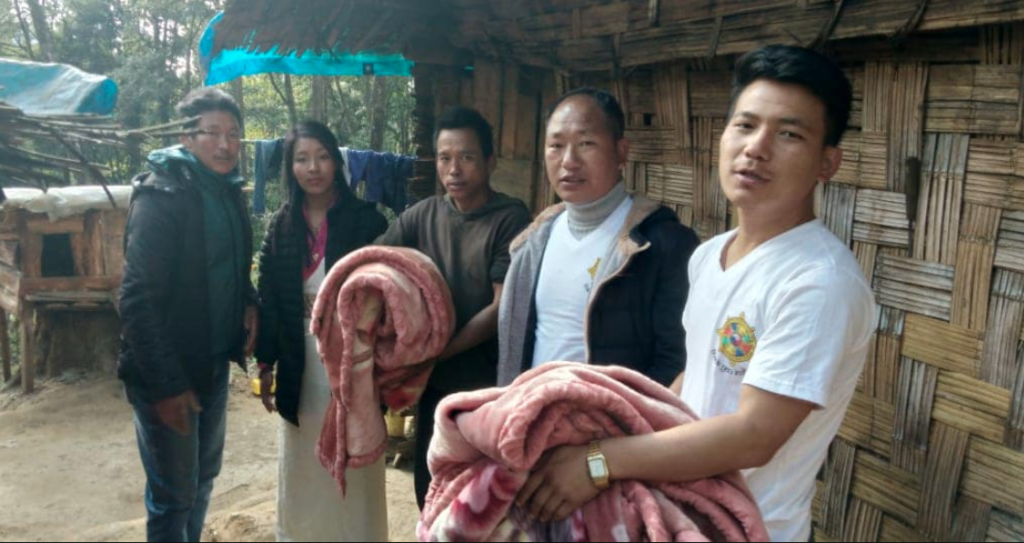 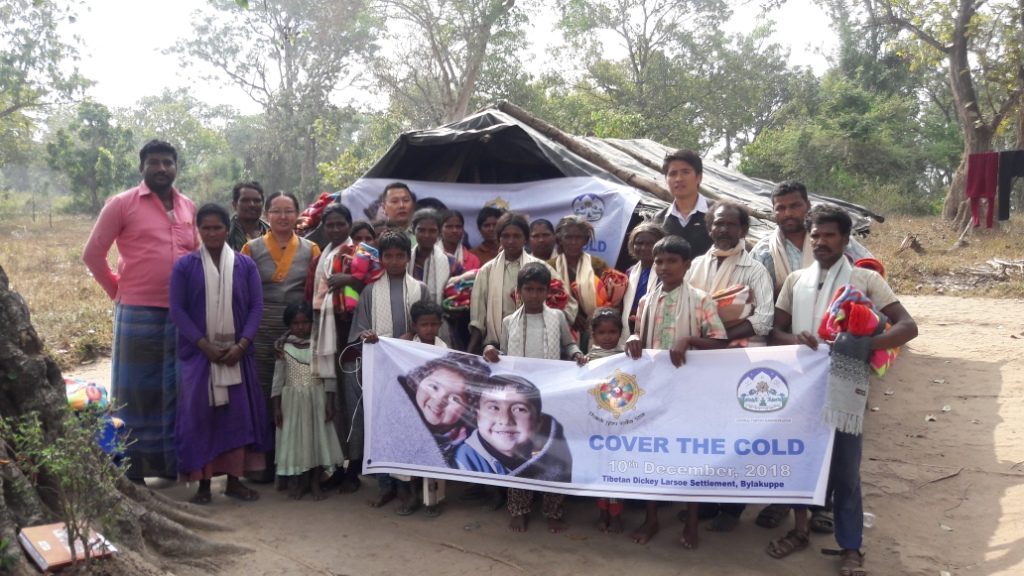 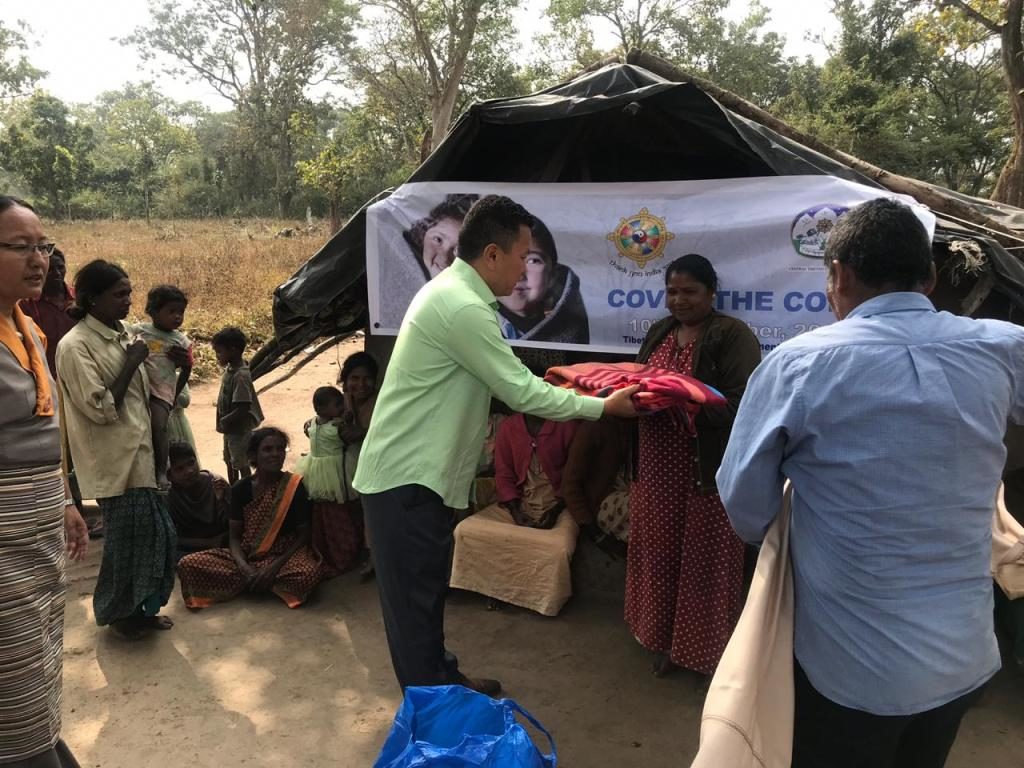 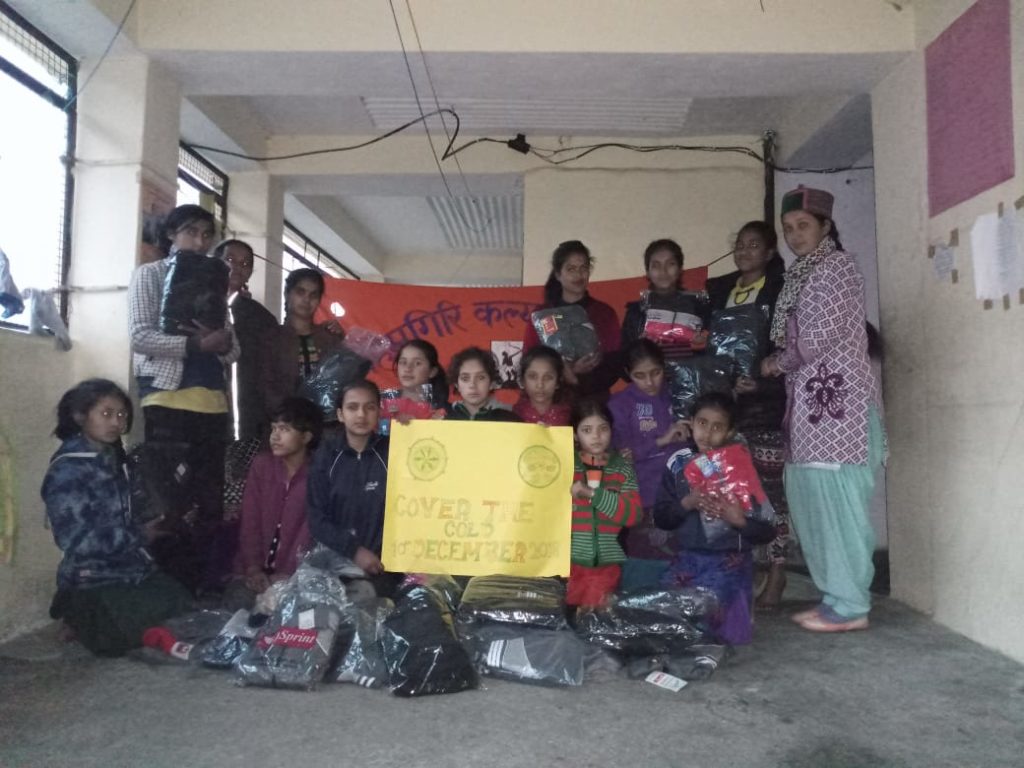 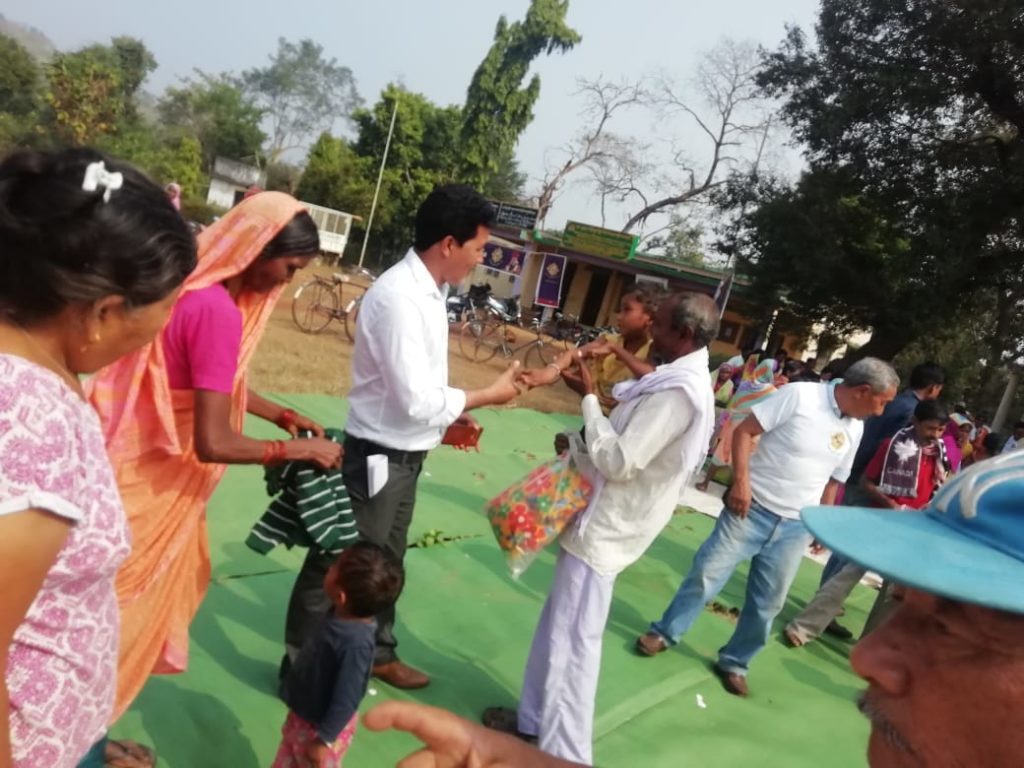 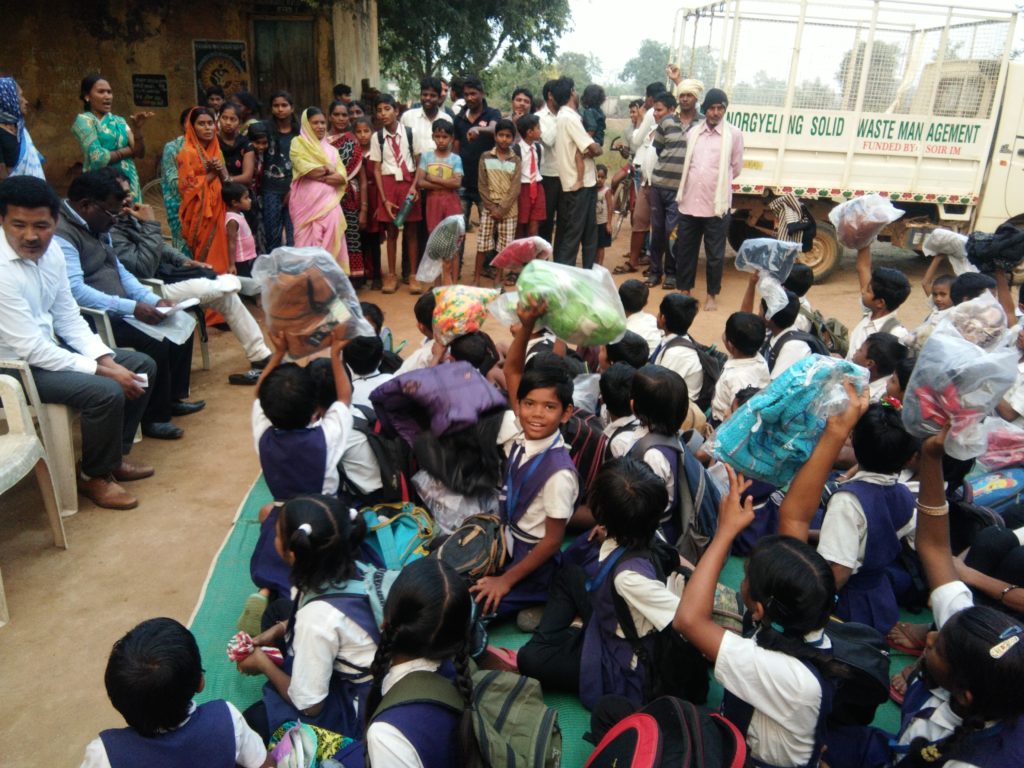 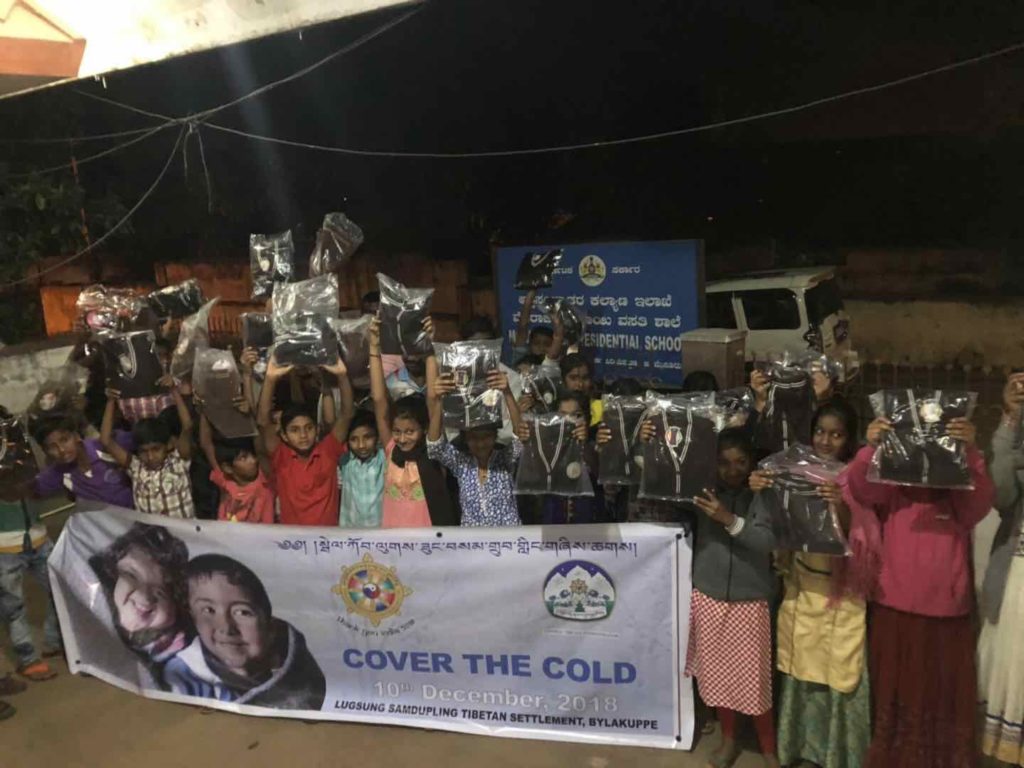 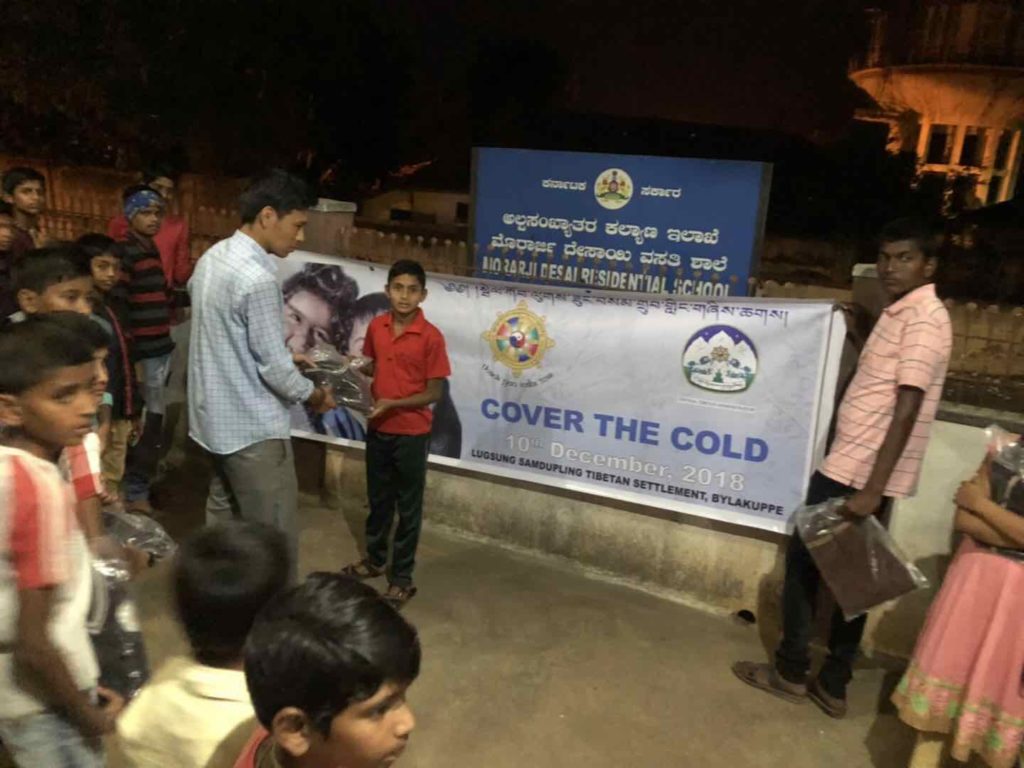 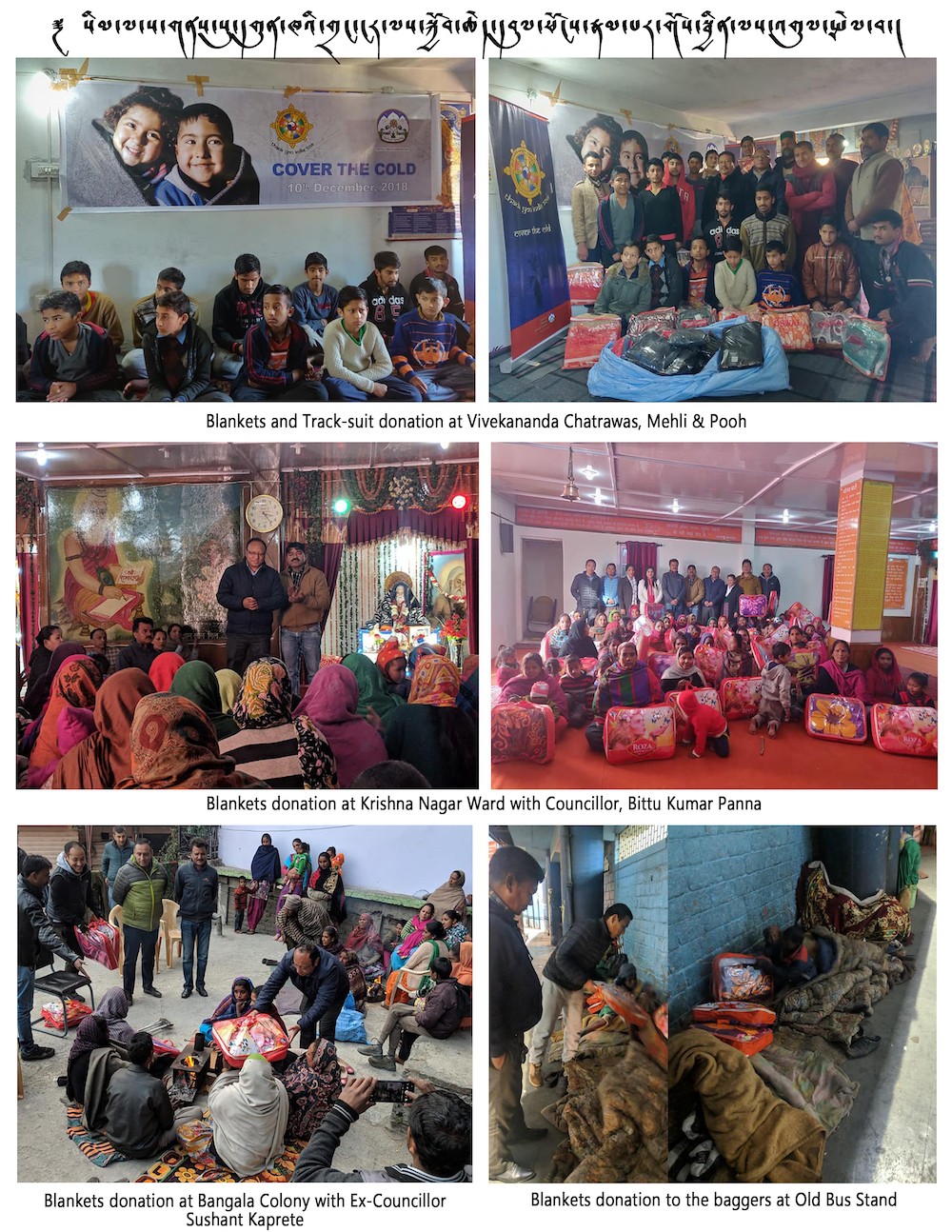 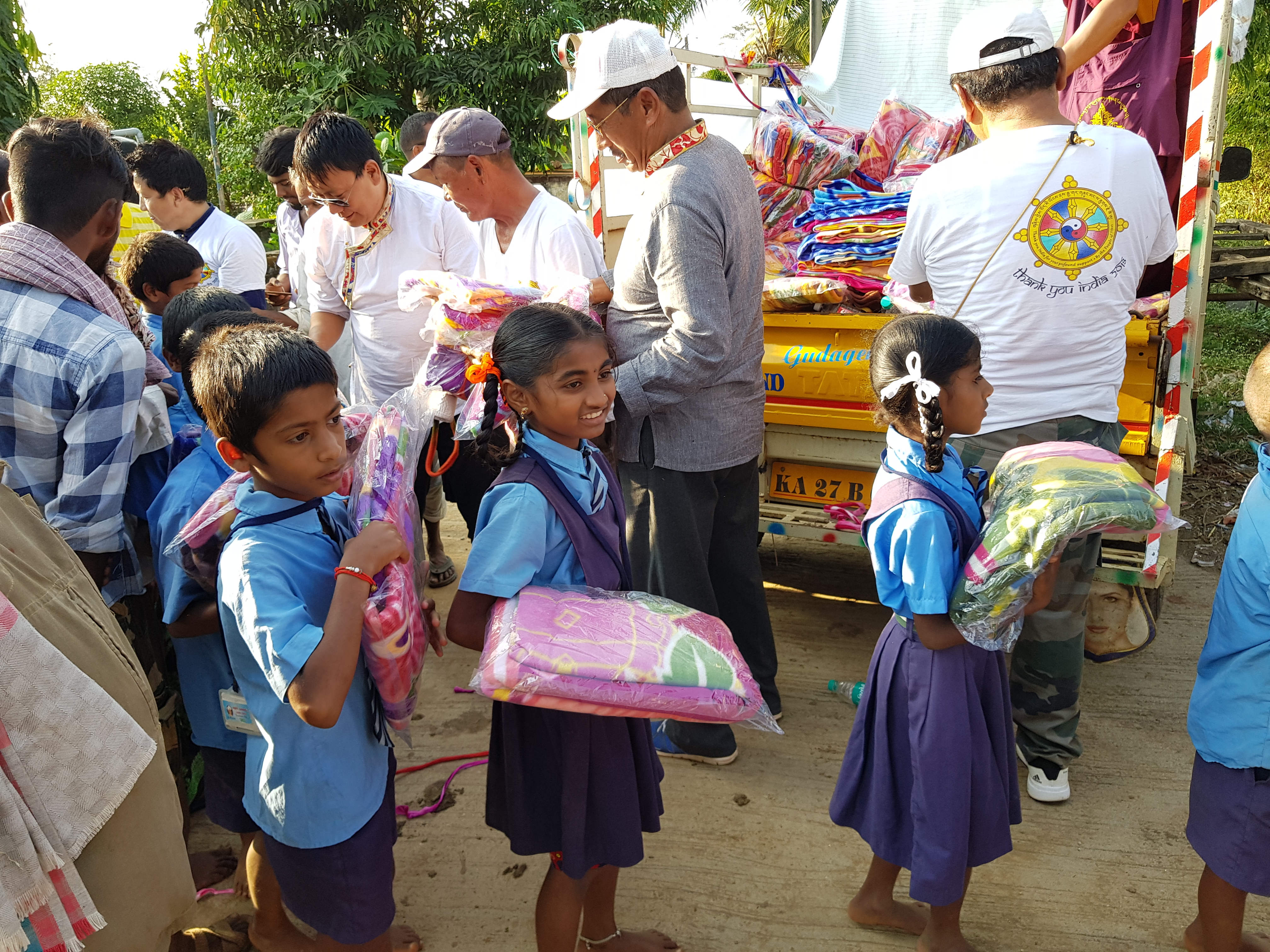 Tibetans in Mundgod distribute warm shawls to local Indians in the area. 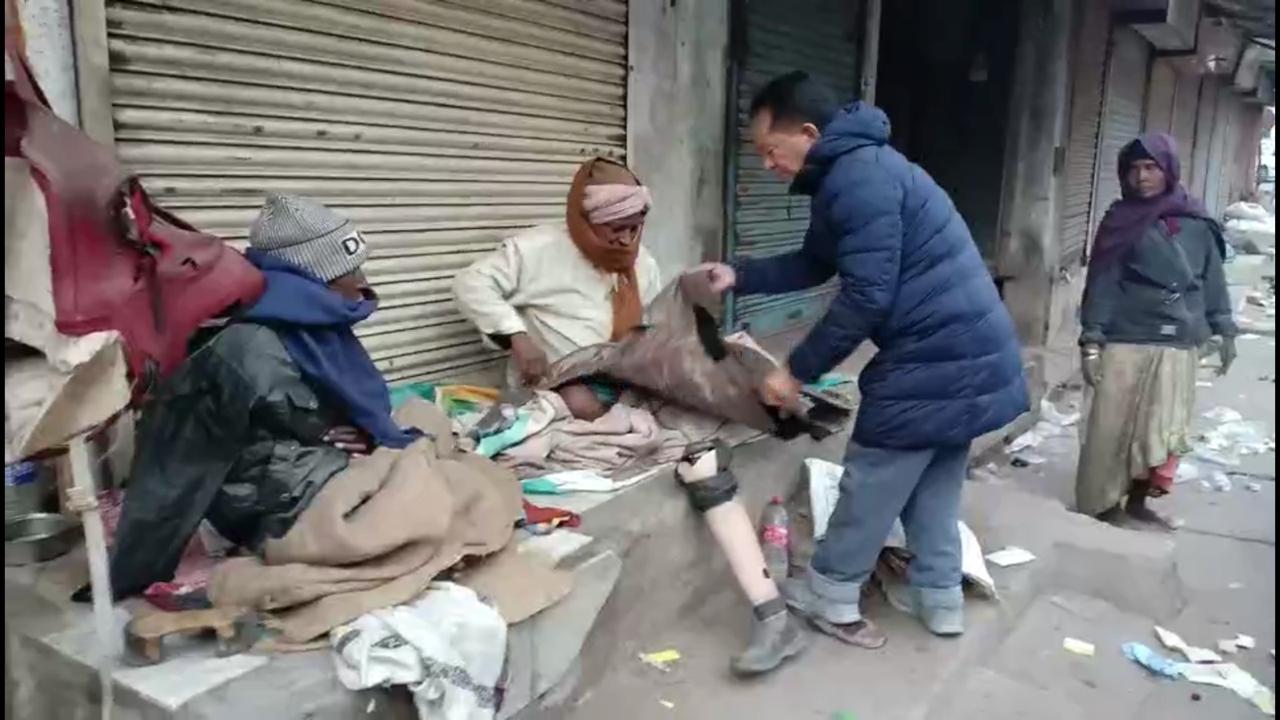 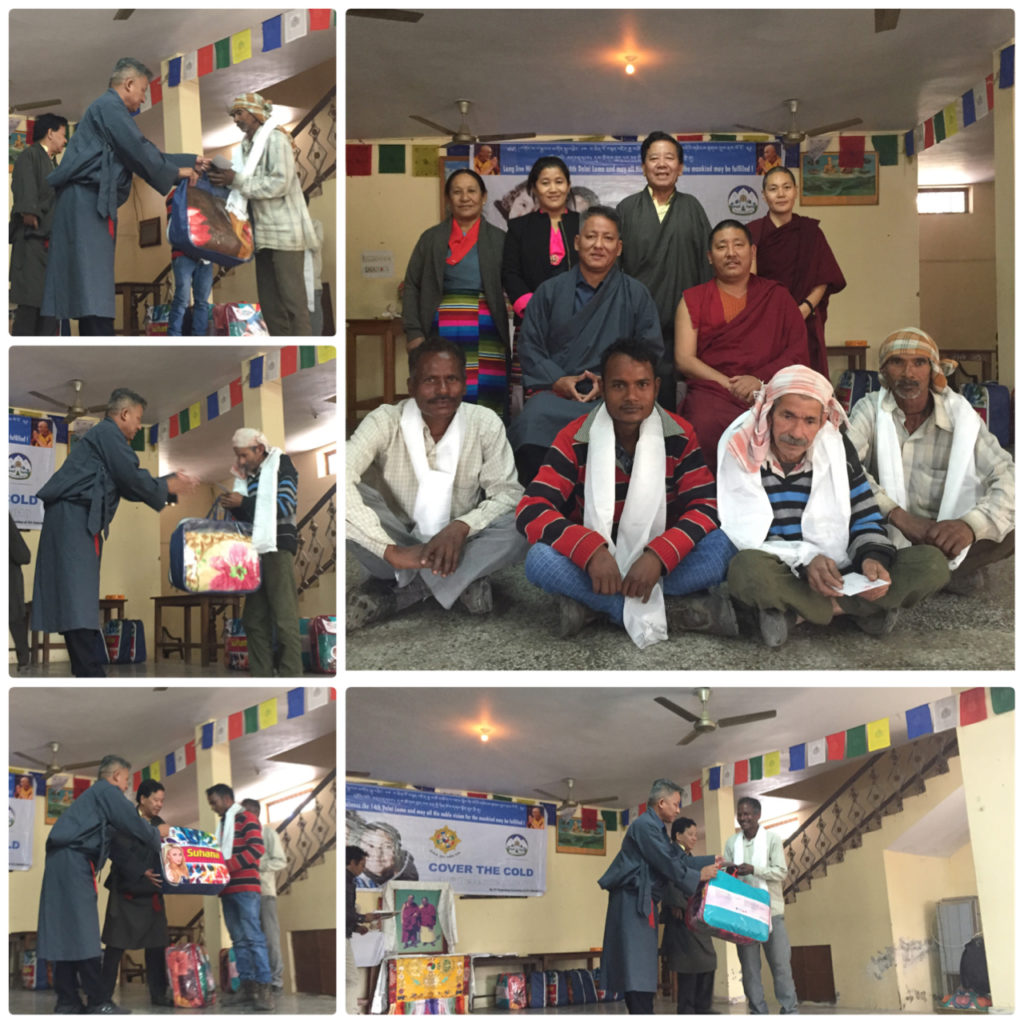 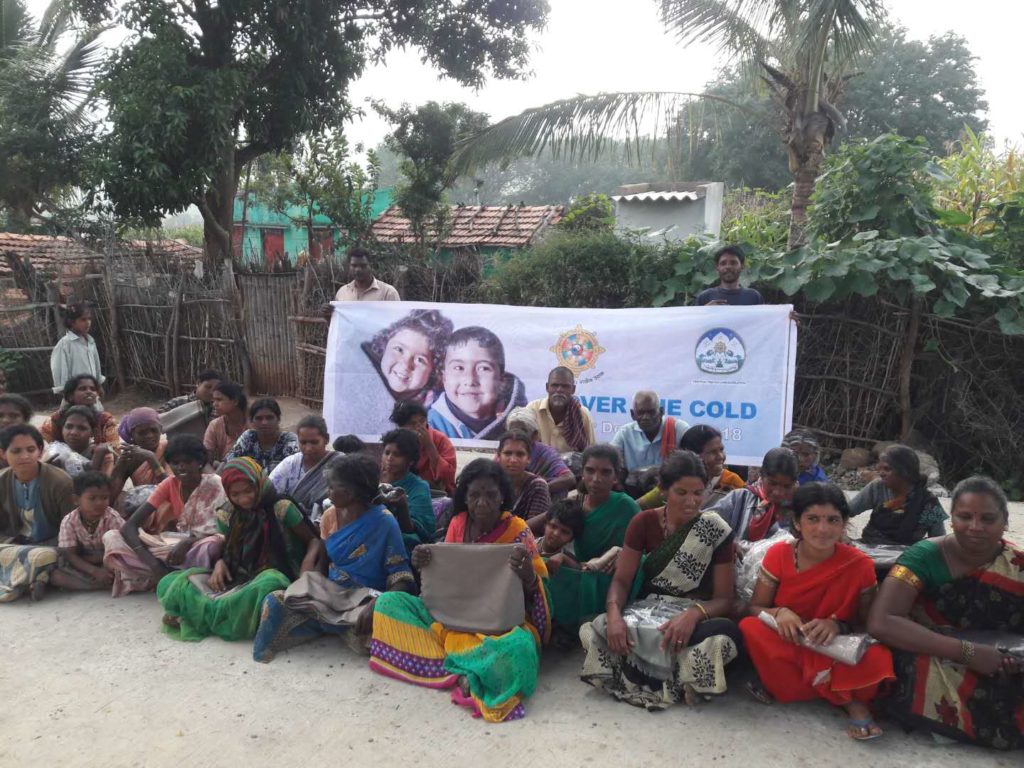 Tibetans in Kollegal distribute warm shawls to local Indians in the area. 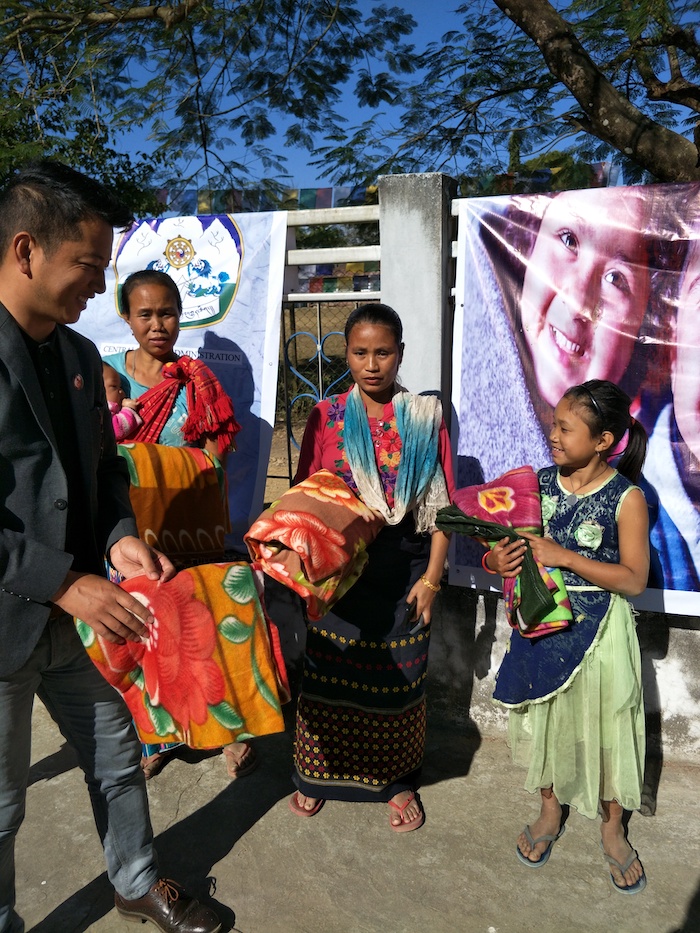 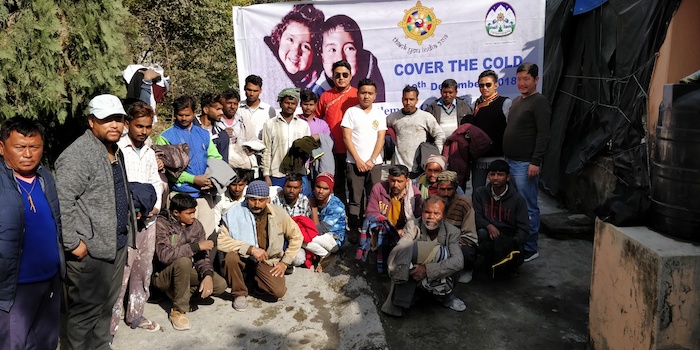 Tibetans in Kamrao distribute warm clothes to the nearby homeless daily wage labourers at Kafota village and Sataun village. 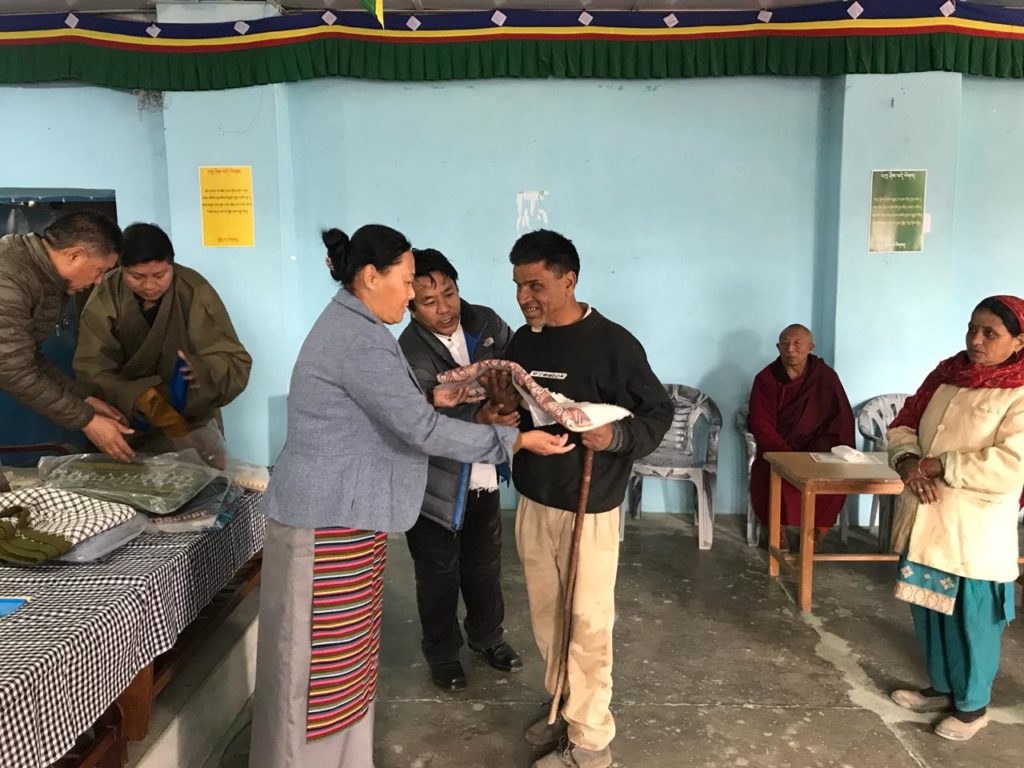 Tibetans in Bir distribute shawls to local Indians as part of Thank you India campaign. 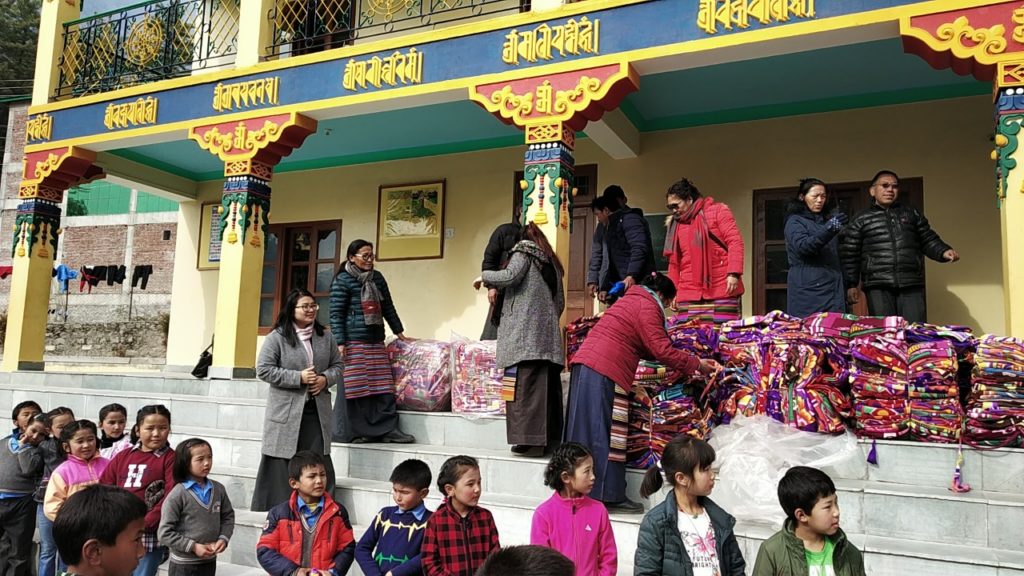 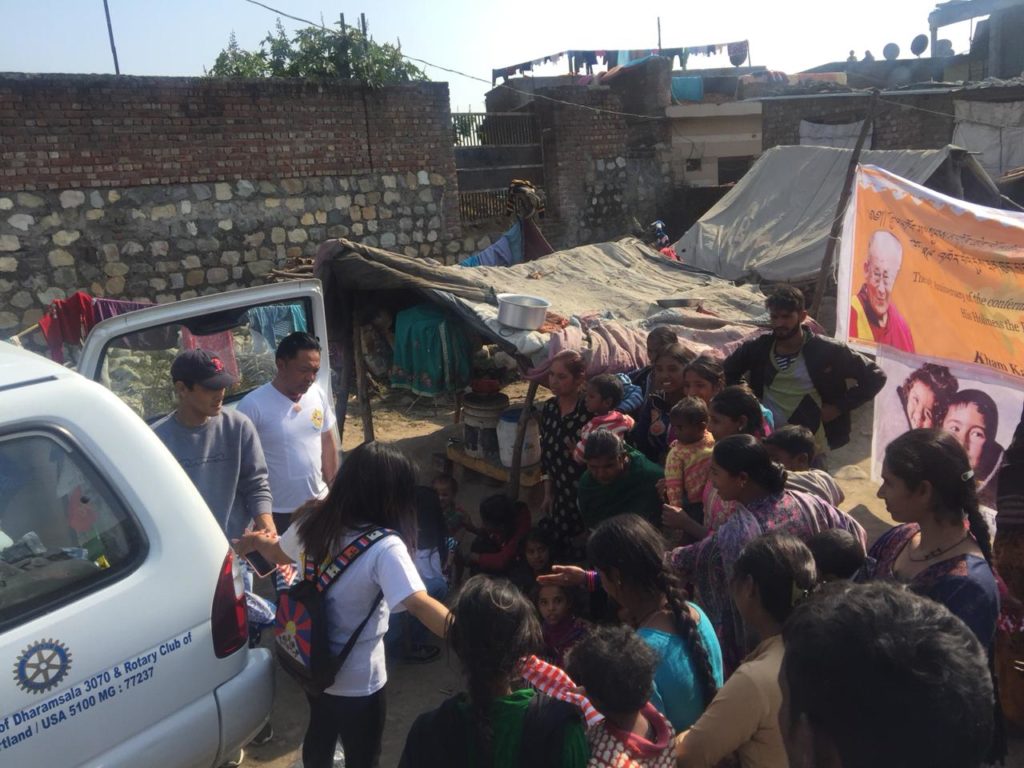 Tibetans in Sataun distribute clothes and fresh gloves for the Indian labourers living in slums near the Tibetan settlement. 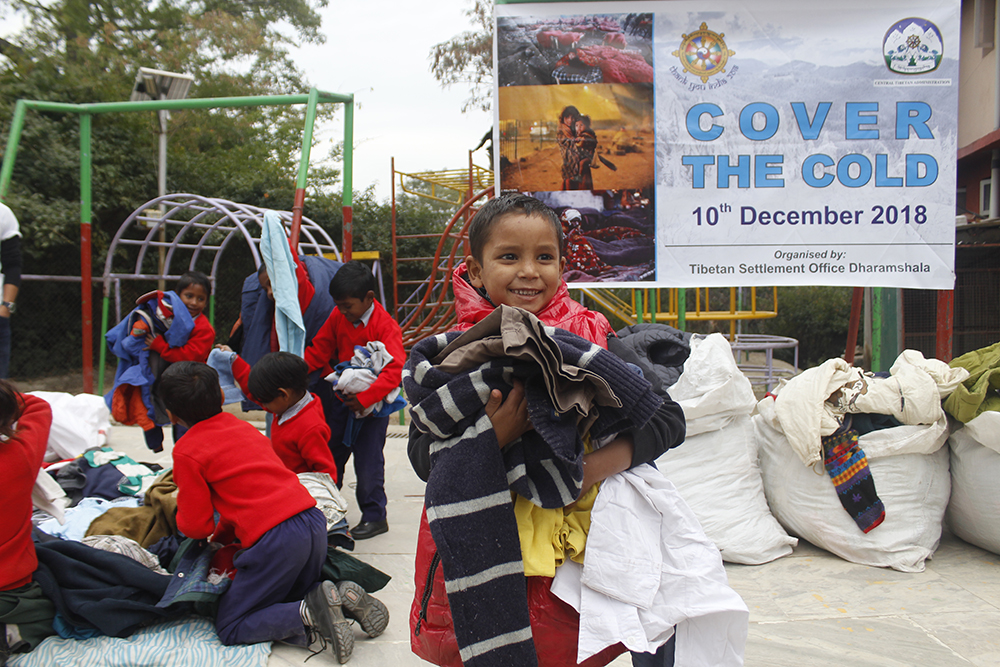 Smiles on faces of little kids as they receive warm clothes from the Tibetan Settlement Office, Dharamshala. 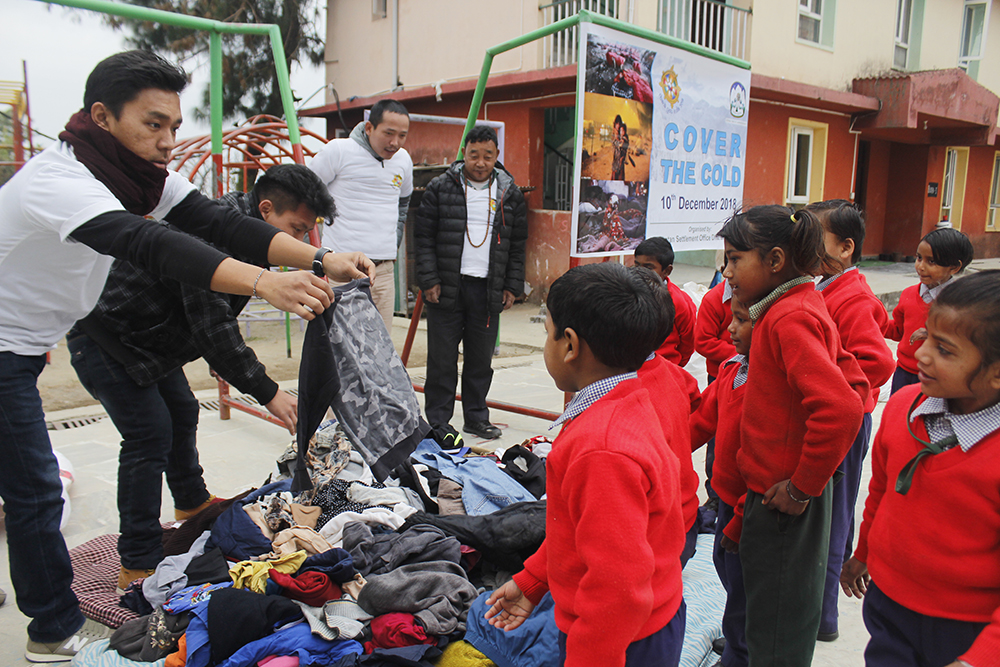 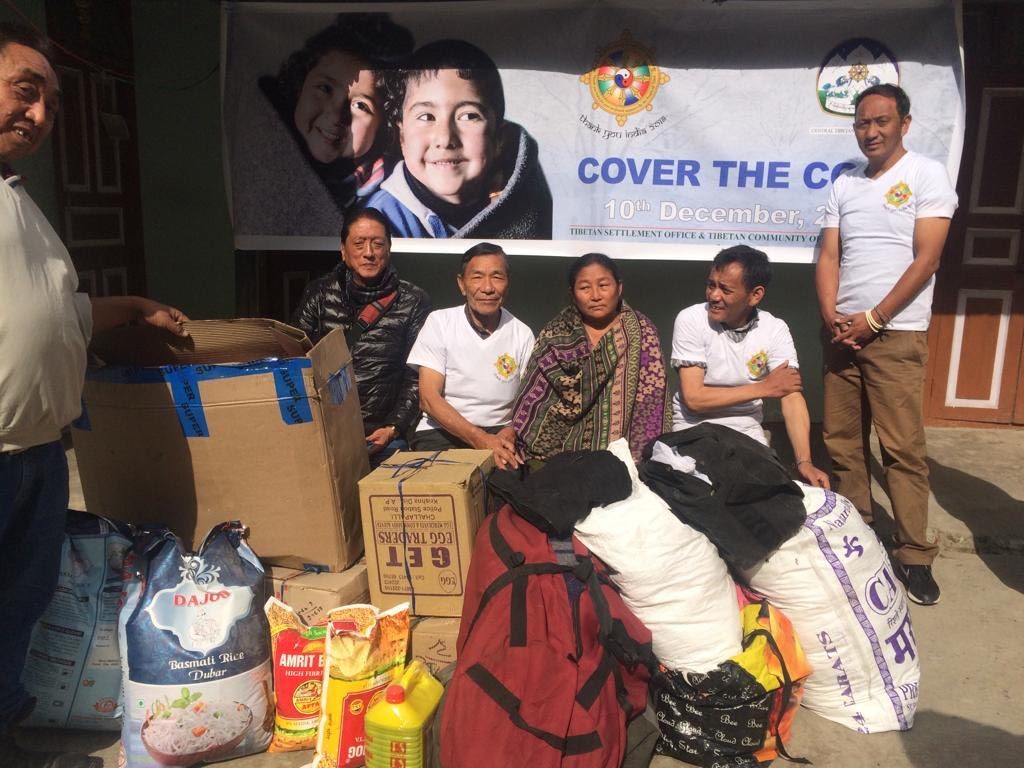 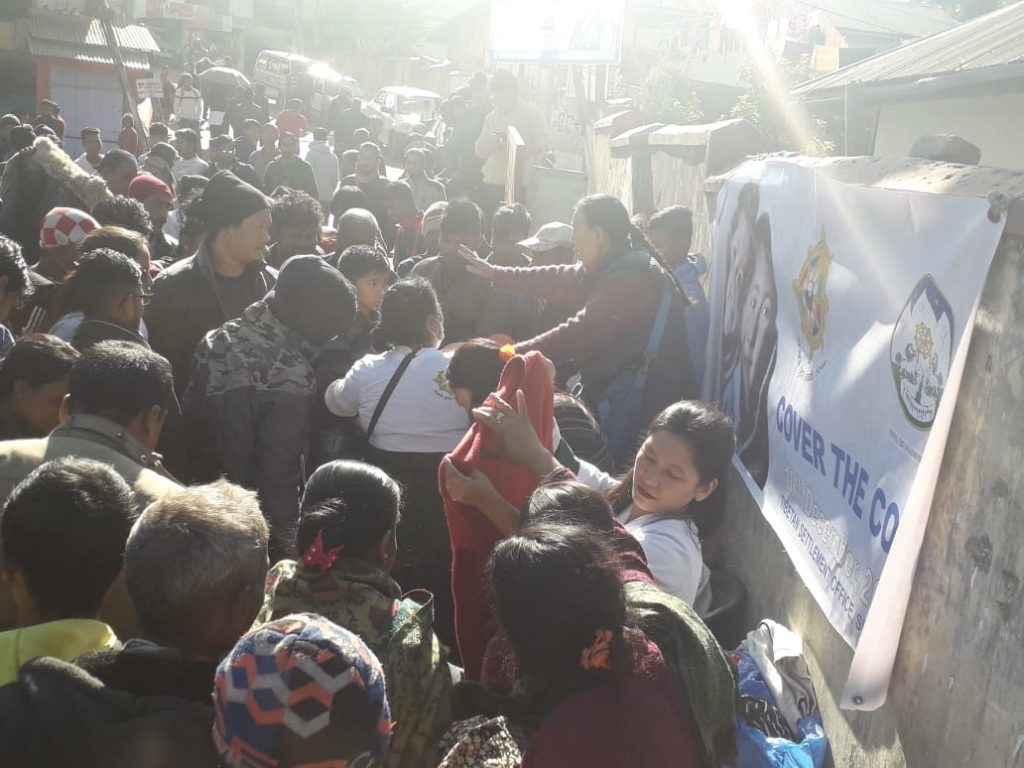 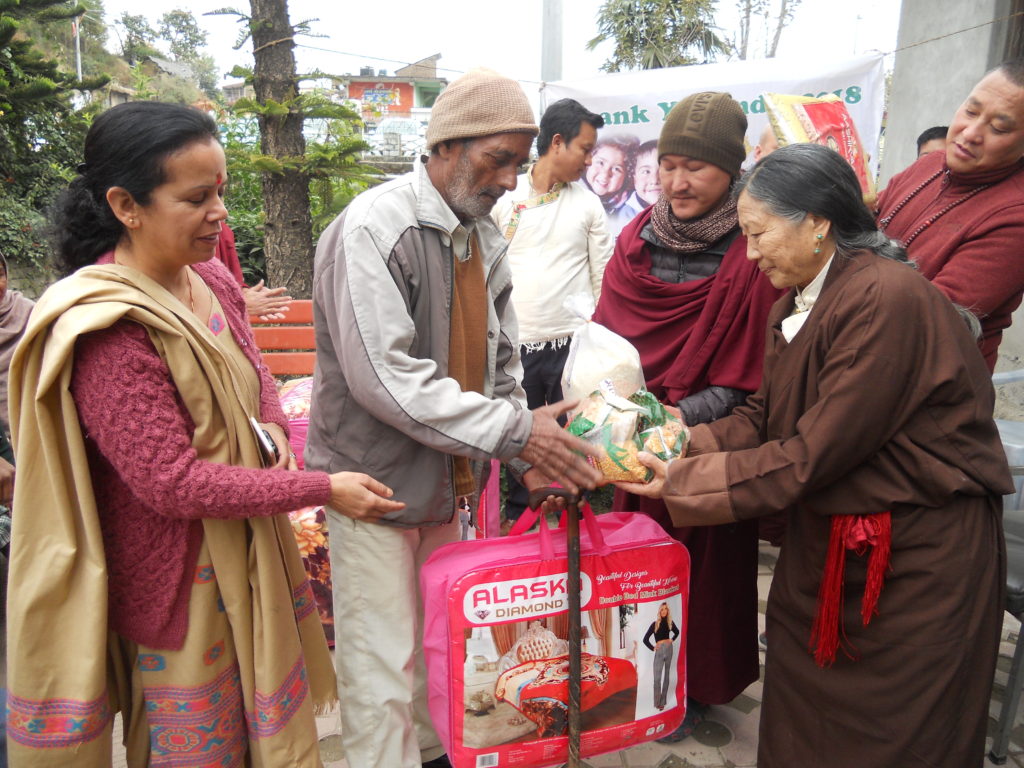 Tibetans in Mandi offer edibles and warm blankets to needy Indians from the local area. 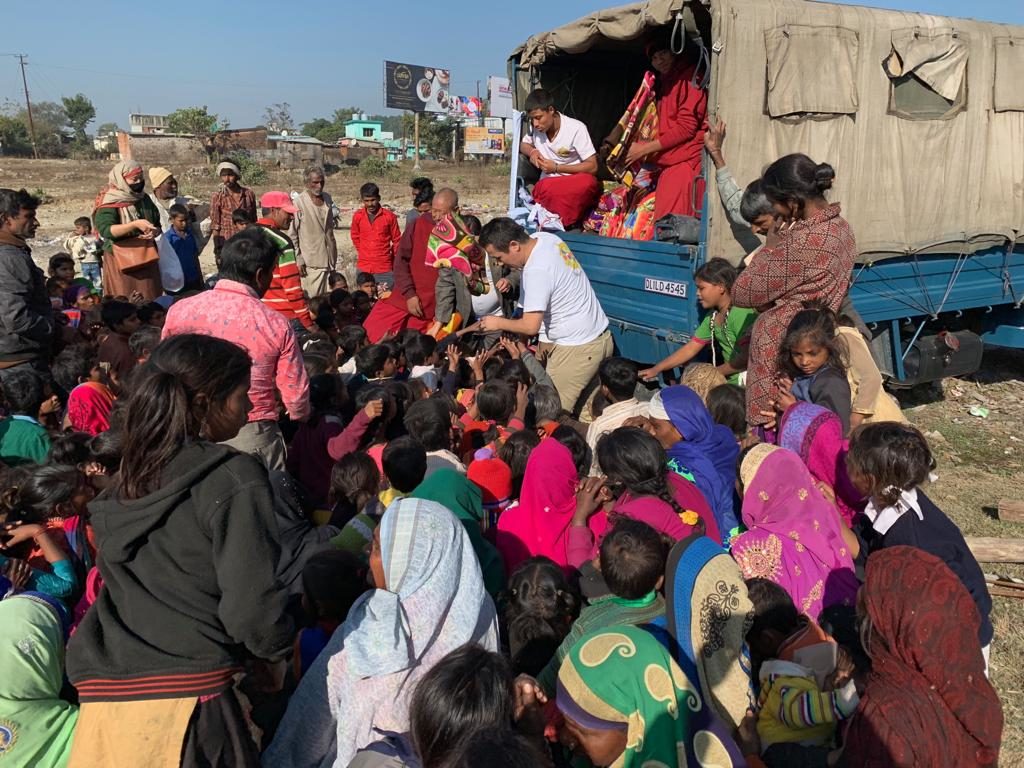 Tibetans in Herbertpur distribute warm blankets to Indians living in slums in the area. 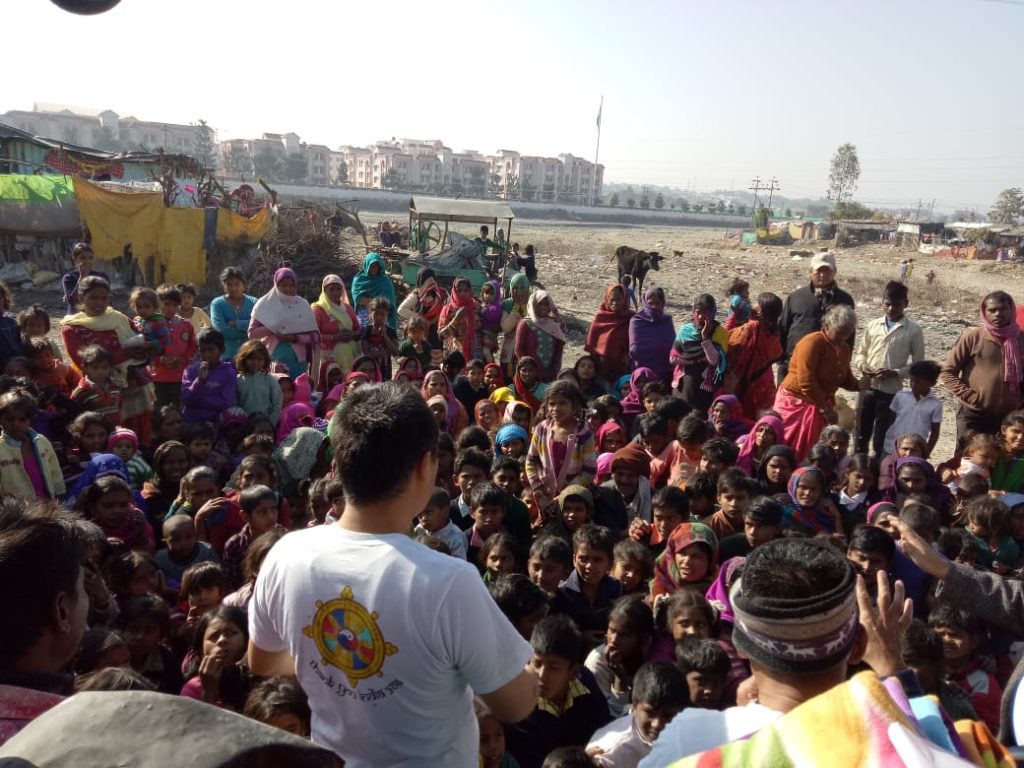 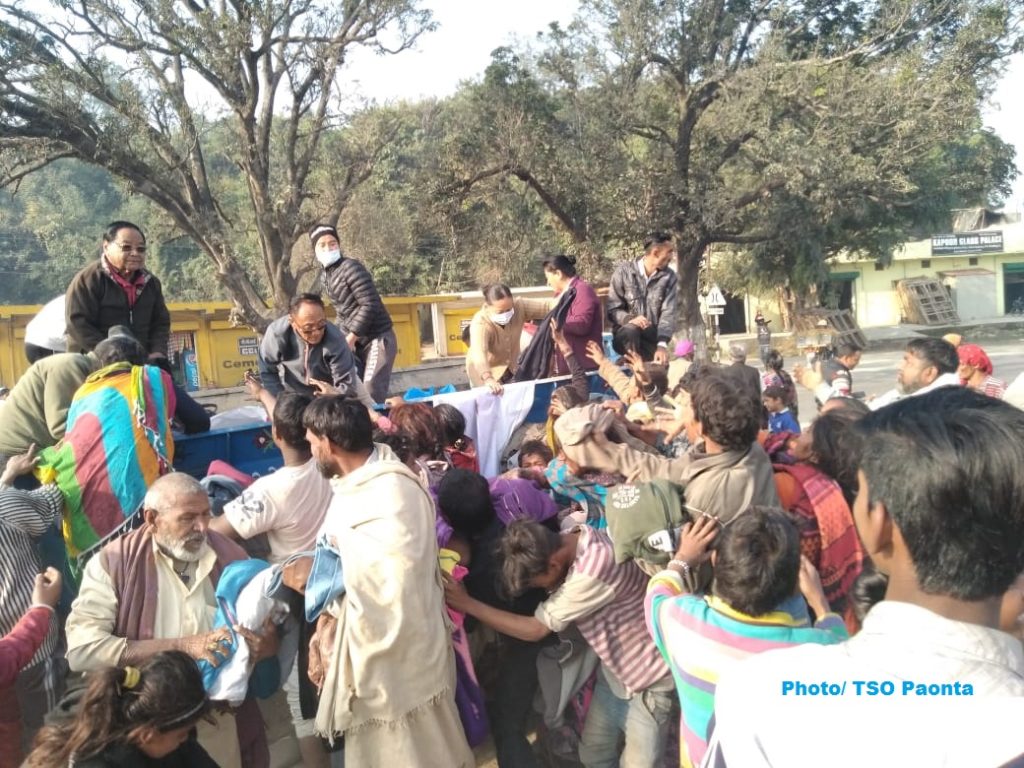 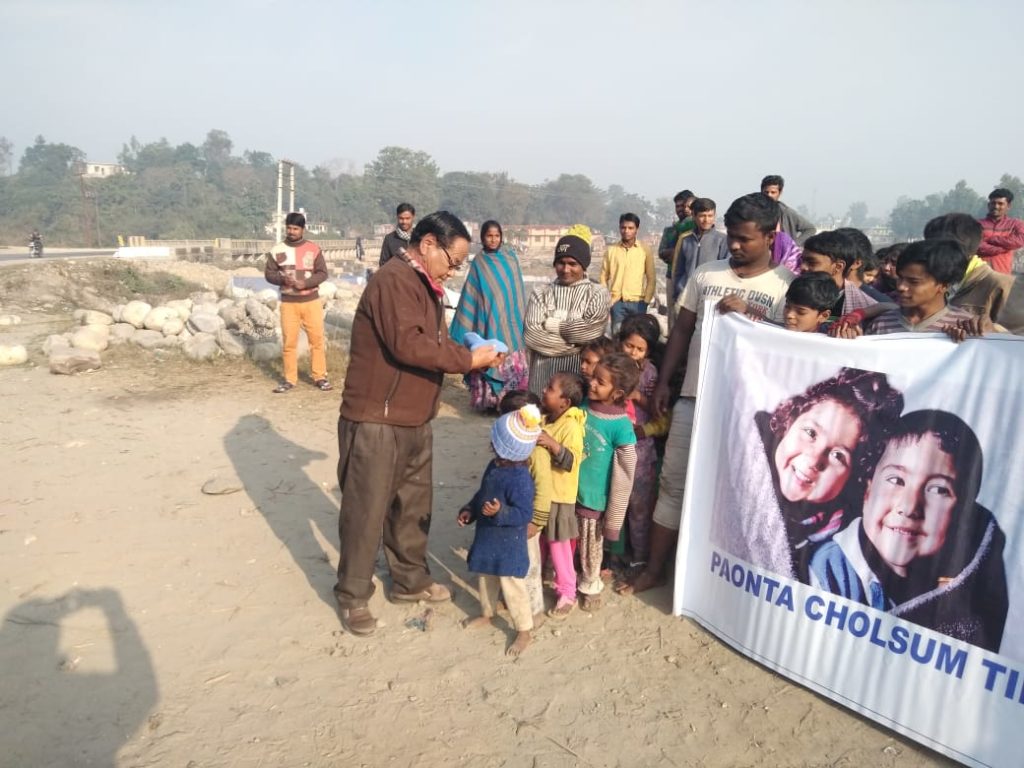 Woollen hats being distributed to small kids in the slums nearby Paonta. 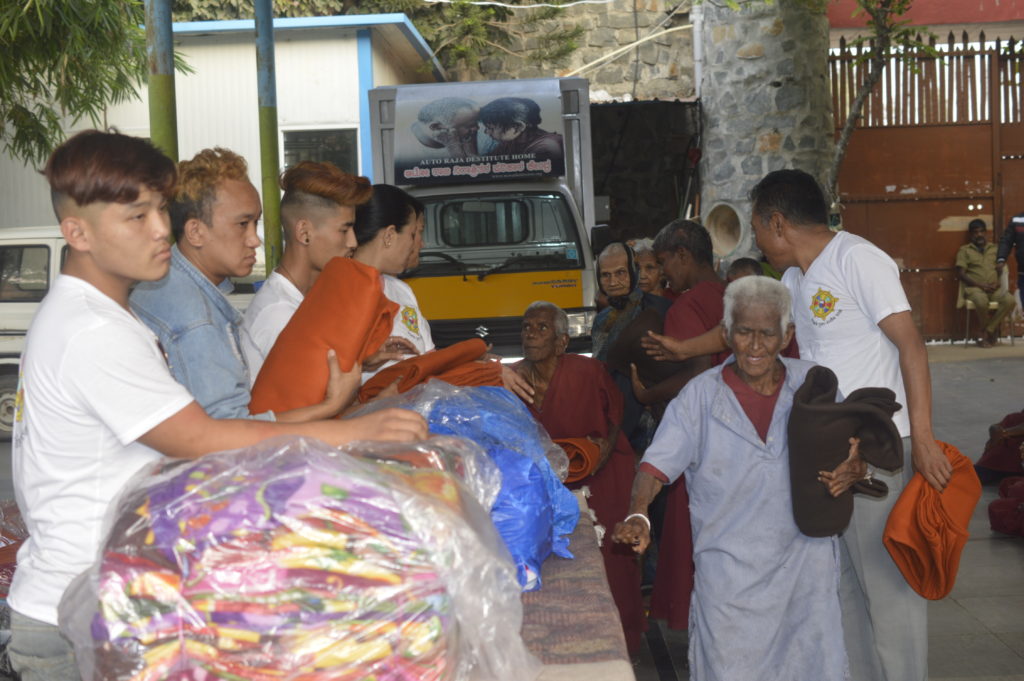 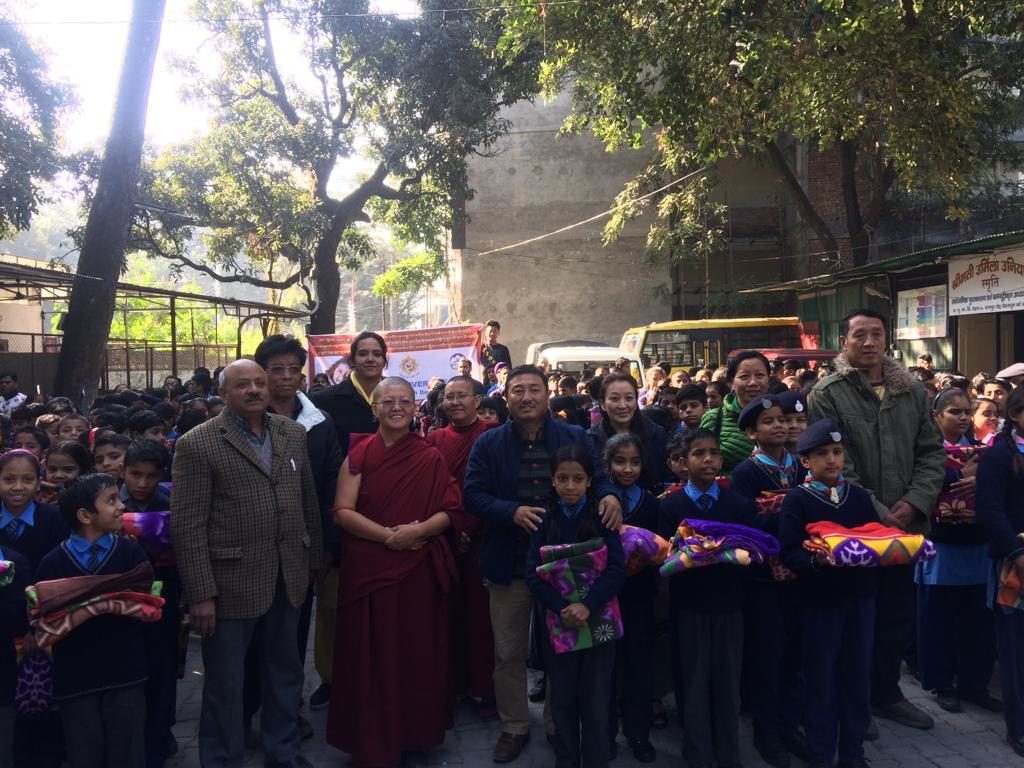 Tibetans in Dehradun distribute new blankets to Indian children in schools around Dehradun.