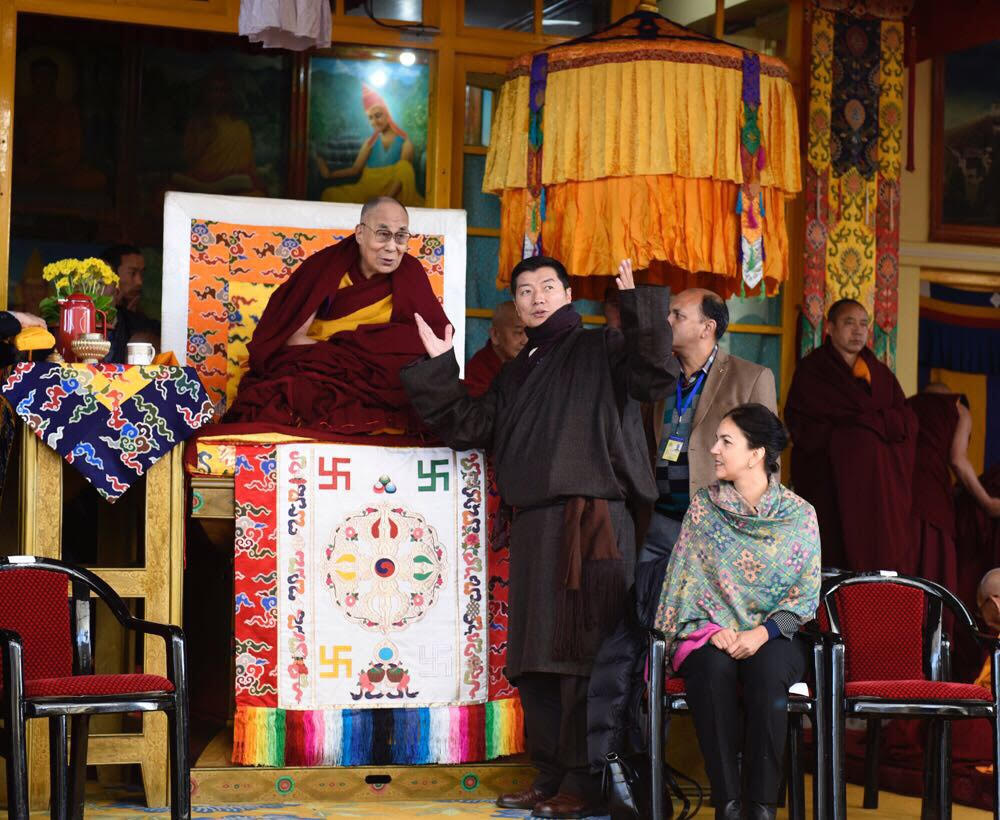 President Dr Lobsang Sangay with His Holiness the Dalai Lama on 12 March 2017.

Dharamsala:  The President of Central Tibetan Administration  Dr Lobsang Sangay while speaking at the ongoing session of the Tibetan parliament, emphasized that the responsibility of commemorating Tibetan Women’s Uprising Day rests on the six million Tibetans and should not be just relegated to as an undertaking of Tibetan Women Association alone.

Dr Sangay explained that the CTA’s decision to observe 12 March as Tibetan Women’s Day is premised on the faith that this historic decision will engender the commemoration of the sacrifices of Tibetan women in Tibet’s history and and in a bid to garner mass participation on the Uprising day.

Further speaking on women’s empowerment, Dr Sangay affirmed that CTA strongly abides by the Tibetan charter that advocates the principles of gender equality, however, he added that due to the mindset of certain individuals in the public, gender discrimination do exist.

Expounding on CTA’s strong commitment to mainstreaming gender and achieving women’s empowerment, Dr Sangay, cited past initiatives of the Kashag to prioritise women’s leadership at the grassroots level but at the same time called for a paradigm shift in the mindset and attitude of the public for the institutional initiatives to take effect.

Dr Sangay was responding to questions and concerns raised by parliamentarians regarding the Kashag’s decision to observe Tibetan Women’s Day on 12 March.