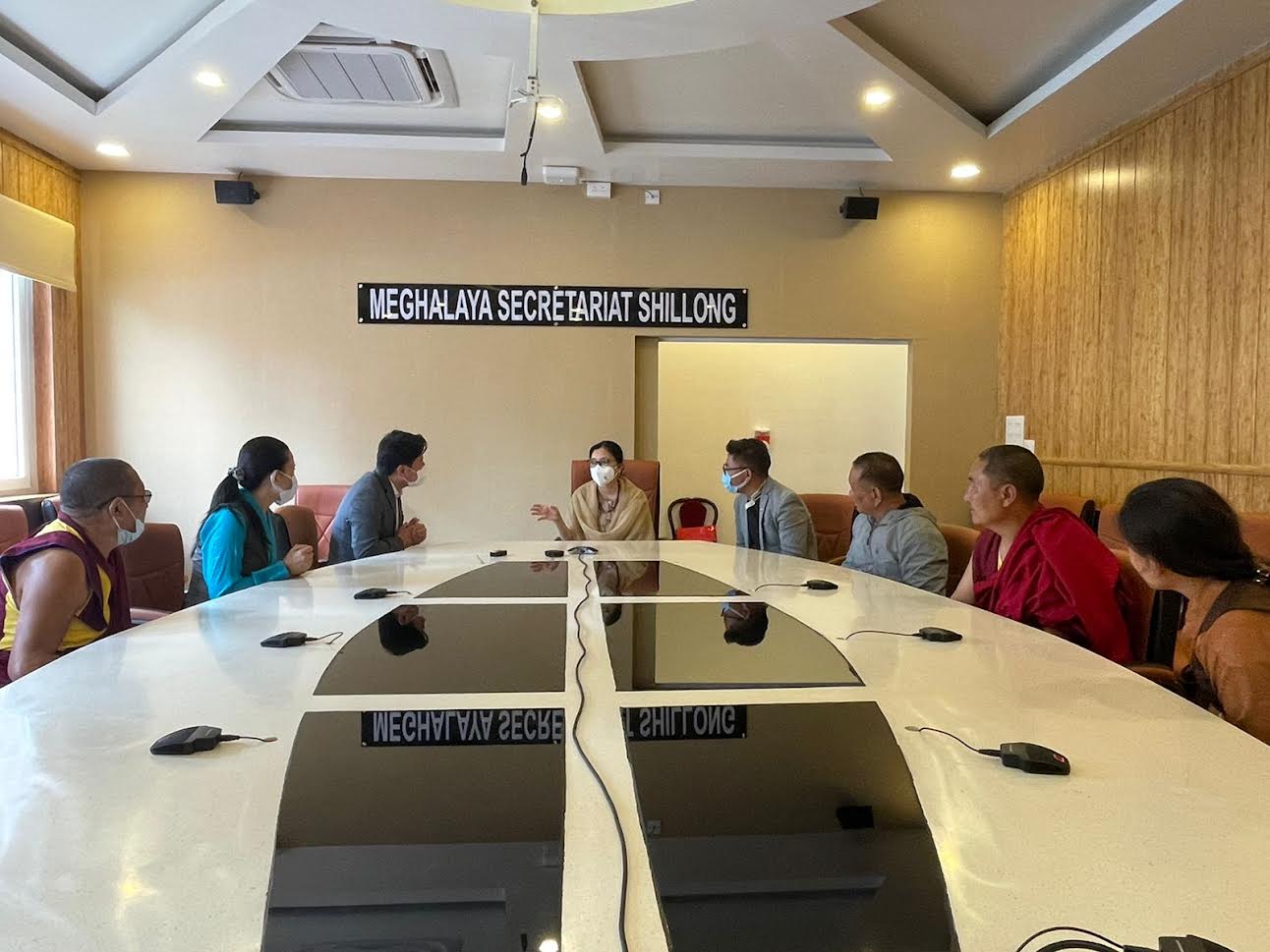 Shillong: Tibetan Settlement Officer Pema Dhondup and Tibetan parliamentarian Tsering Dolma made a courtesy call on Smt. R V Suchiang, the honourable Chief Secretary to the government of Meghalaya on 10 May 2022, accompanied by Ven. Ngawang Palden, the abbot of Monastery, Dr. Tenzin Gelek and other dignitaries.

The Tibetan delegates congratulated Smt. R V Suchiang on her appointment as the Chief Secretary to government of Meghalaya and offered her traditional white scarf and mementoes as a token of gratitude.

On behalf of the Central Tibetan Administration, Settlement Officer thanked the government of India and its incredible citizens for the kind hospitality and welfare of Tibetans.

The Chief Secretary also interacted with the visitors and expressed her profound vision to work for the welfare of state. 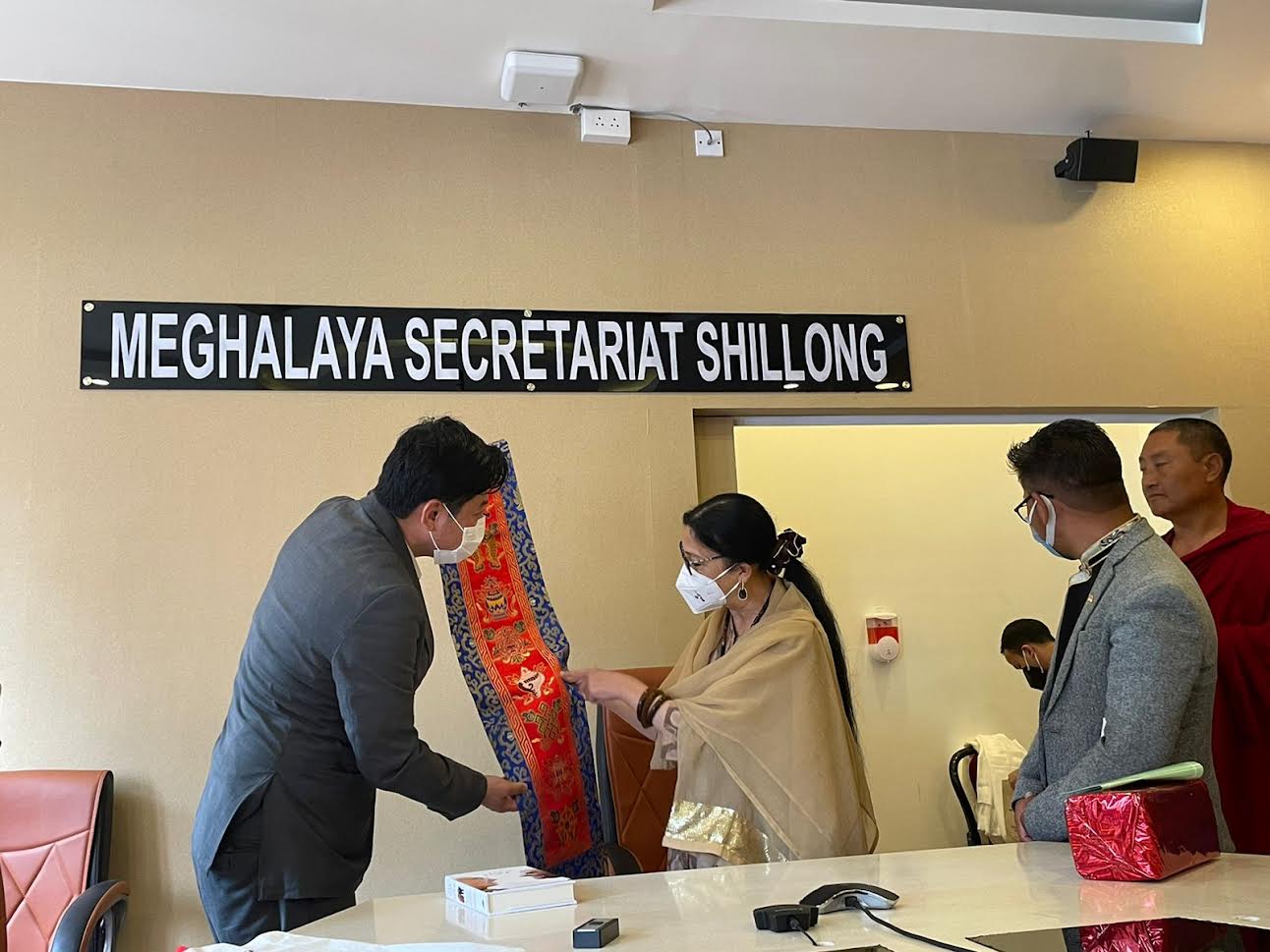 Tibetan Settlement Officer presenting mementoes as a token of gratitude. 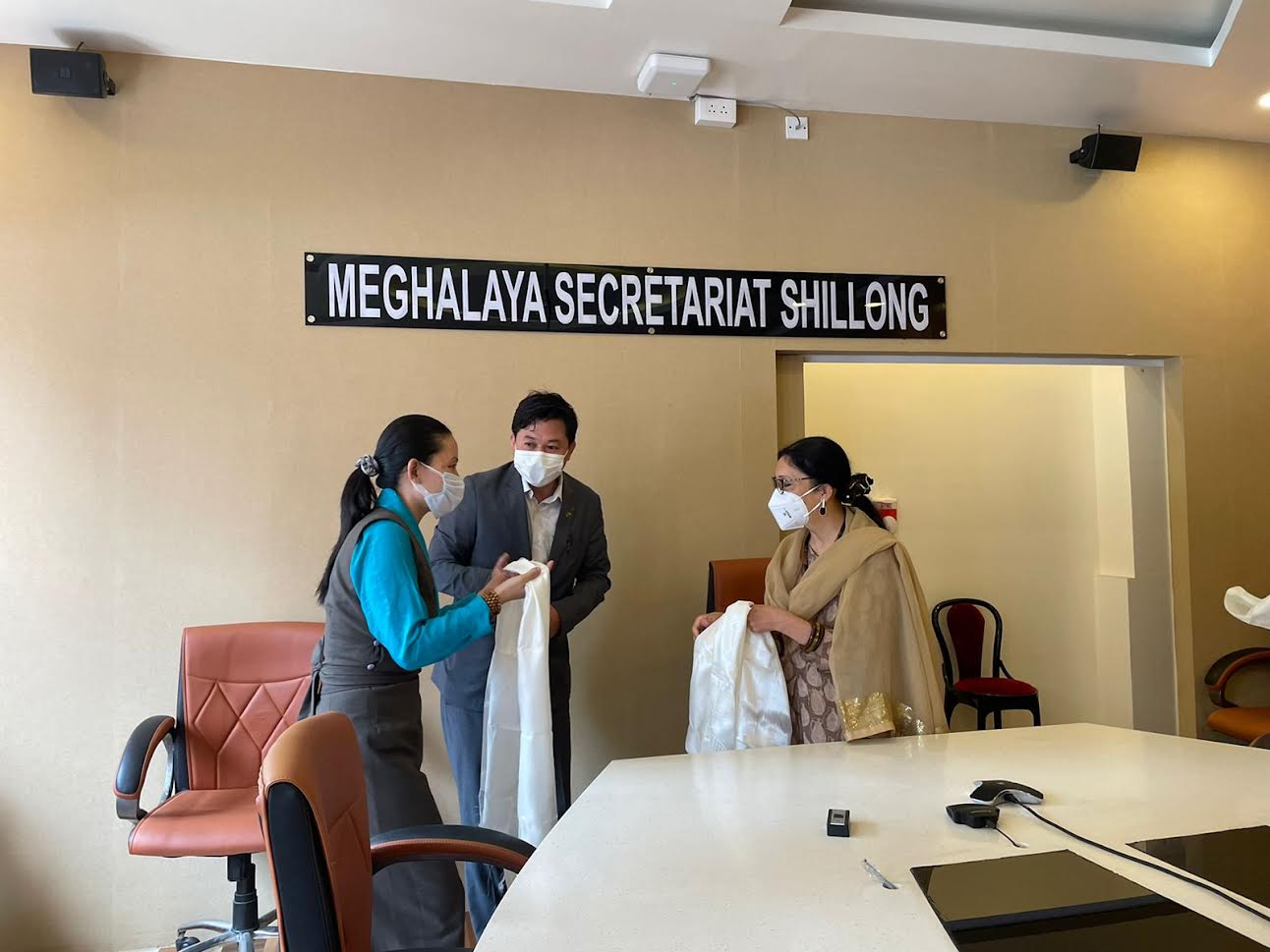