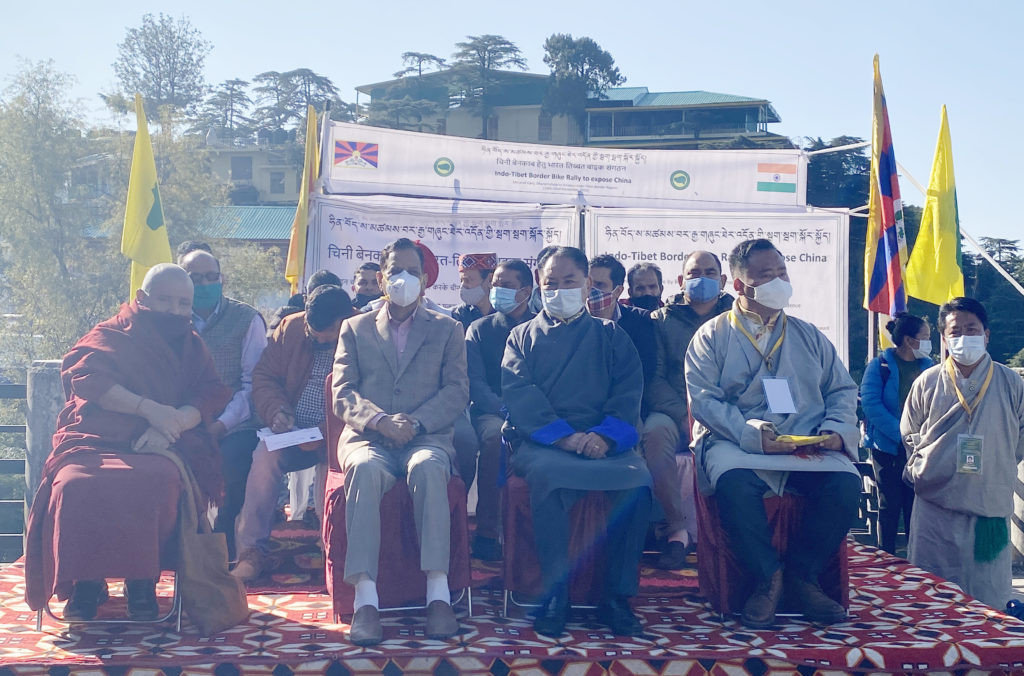 Speaker and Deputy Speaker of Tibetan Parliament-in-Exile at the flagging off ceremony of the Indo-Tibet bike rally alongside Chief Guest, Shri Kishan Kapoor, Member of Parliament (Lok Sabha). Photo/TPIE

The Chief Guest was Shri Kishan Kapoor, Member of Parliament (Lok Sabha) from Kangra and Chamba. President and executive members of the Tibetan Youth Congress, Heads of the Tibetan NGOs, and the general public were present too.

Shri Kishan Kapoor, Member of Parliament, Lok Sabha in his address lauded the Tibetan youths for organizing this significant motorbike rally which sends an important message to China. The Chief Guest spoke on the unfavourable global sentiments against the Chinese government sentiments impacted by its cover-up of the Wuhan originated COVID-19 pandemic.

Speaking on India’s shift of policy on Tibet, the MP said that the expansionist policy of the Chinese government would never succeed in India as the new India is different from the India of 1962.

“Tibet belongs to Tibetans and Tibet’s issue will be resolved freeing Tibetans in Tibet from the ongoing atrocities.”

MP Kapoor also called on the Government of India to confer Bharat Ratna, the highest civilian award on His Holiness the Dalai Lama.

The Chief Guest along with Special guests Speaker, Deputy Speaker and other dignitaries presented the rally participants with Tibetan traditional scarves and flagged off the Indo-Tibet bike rally.

President of the Tibetan Youth Congress Gonpo Dhunduop also spoke at the rally, explaining the significance of the 50 bikers rally.

The motorbike rally from 18-23 November is aimed at garnering awareness on the global impacts of the Wuhan originated COVID-19 while pushing the message of boycotting Chinese goods. Secondly, it aims to appeal Indian government to revise its policy on Tibet and support the free Tibet movement against China’s expansionist policy and for India’s security as security issues of India with regard to China’s encroachment of Indian territory has arisen only after China’s illegal occupation of Tibet. Finally, it seeks justice for Lhamo from Driru, Tibet, who was murdered in a Chinese prison after arbitrary detention and to call for the immediate release of Lhundup Dakpa who was arrested for singing a song and of all other political prisoners. 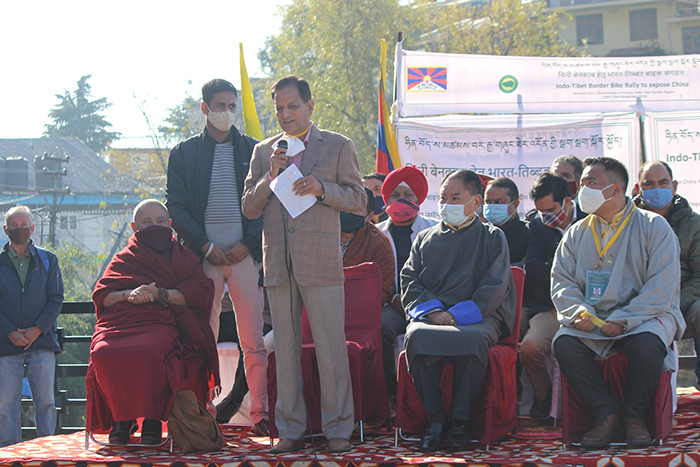 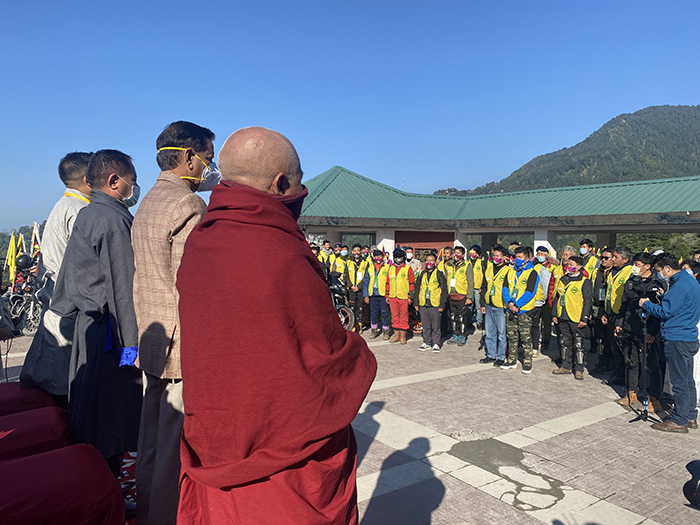 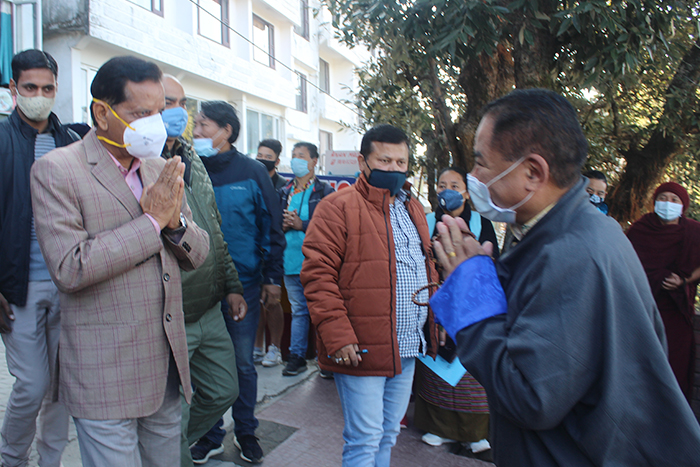 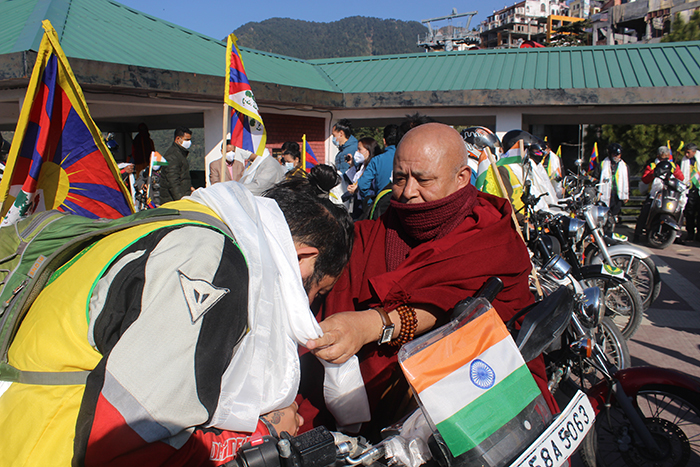 Deputy Speaker greeting the bikers as the rally takes off.