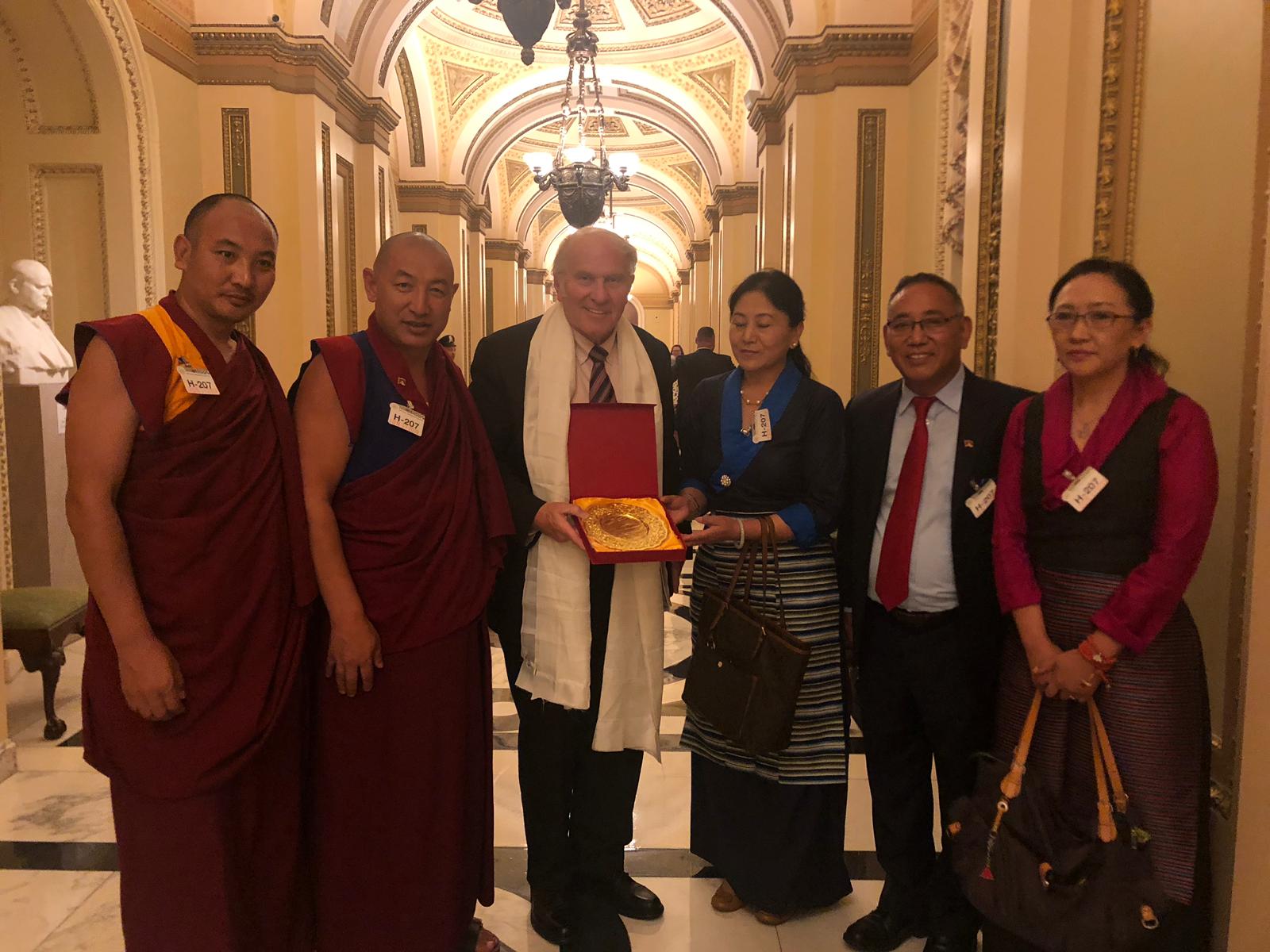 Washington DC: The TPiE delegation began their second meeting-intensive day by visiting Voice of America, an international media outlet that is funded by the US government. Geshe Monlam Tharchin and Lopon Thubten Gyaltsen had an interview at the VOA, which was broadcasted live.

The delegation later met with Congresswoman Betty McCollum. The parliamentarians briefed McCollum on the situation of Tibet, and the Congresswoman stated that it was her honor to be in Tibet during a visit a few years ago with a congressional entourage; she stated that she witnessed Tibetan monks under constant surveillance and felt the immense pressure they must be under. The congressional entourage asked for a diplomatic station in Tibet, which was denied by the Chinese government. Congresswoman McCollum promised to keep pressing the Chinese government to let His Holiness return home, and stated, “What a wonderful gift it would be for His Holiness to return to his land of birth”.

McCollum stated that she makes sure to seat China-interest visitors at her office in front of a picture of her and the Dalai Lama. She surmises that that is probably why so few China-interest groups come to visit her. 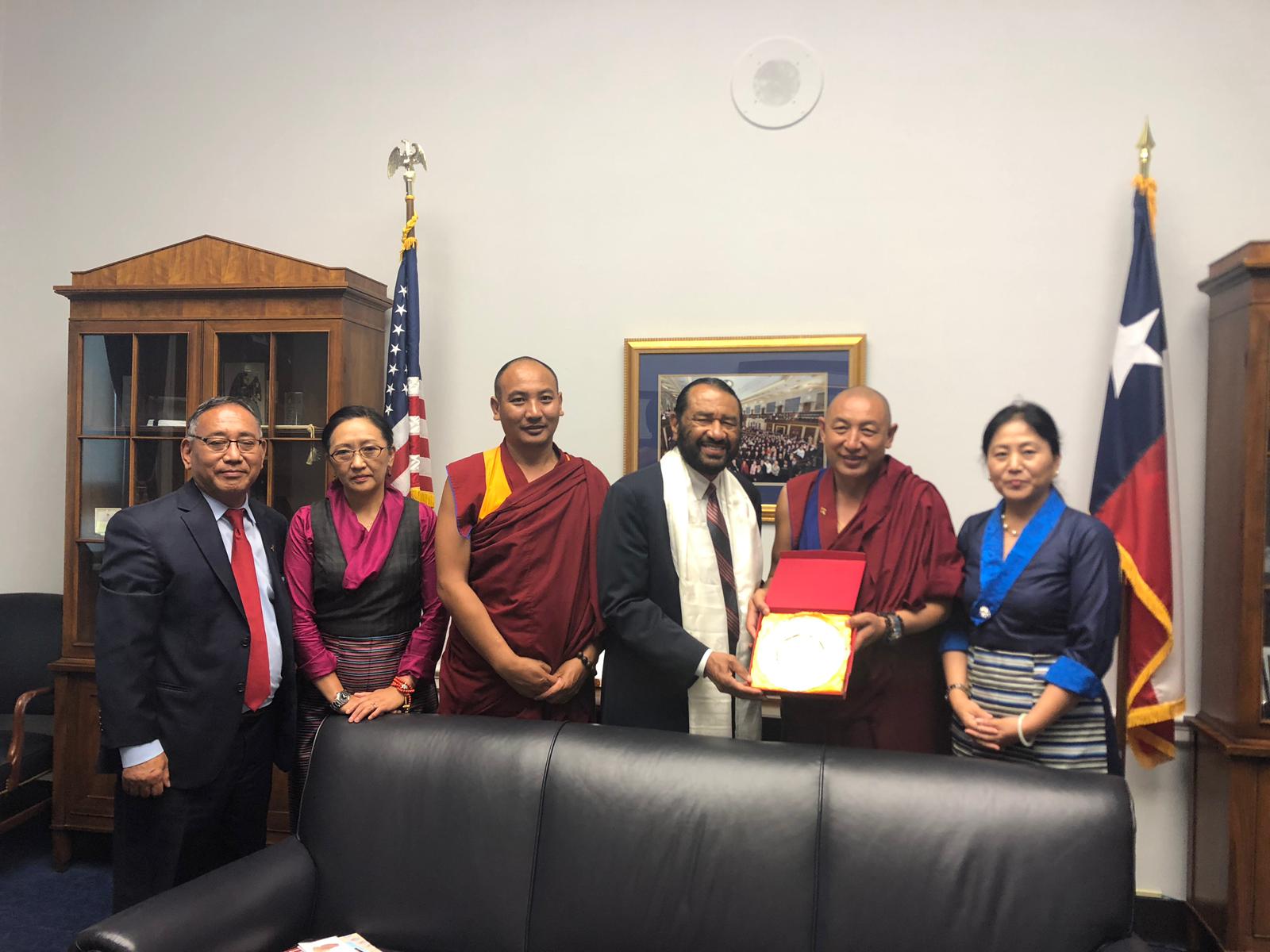 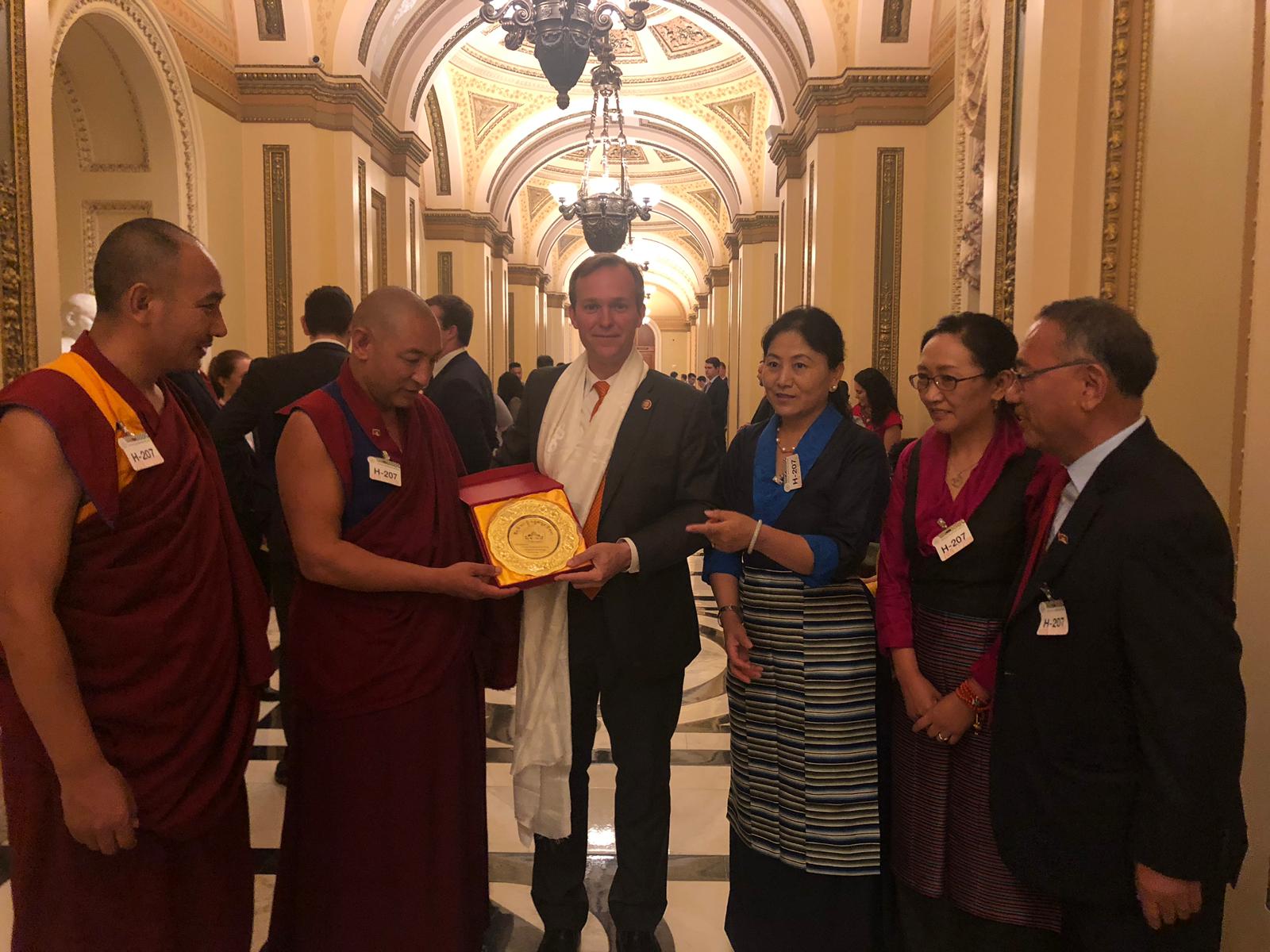 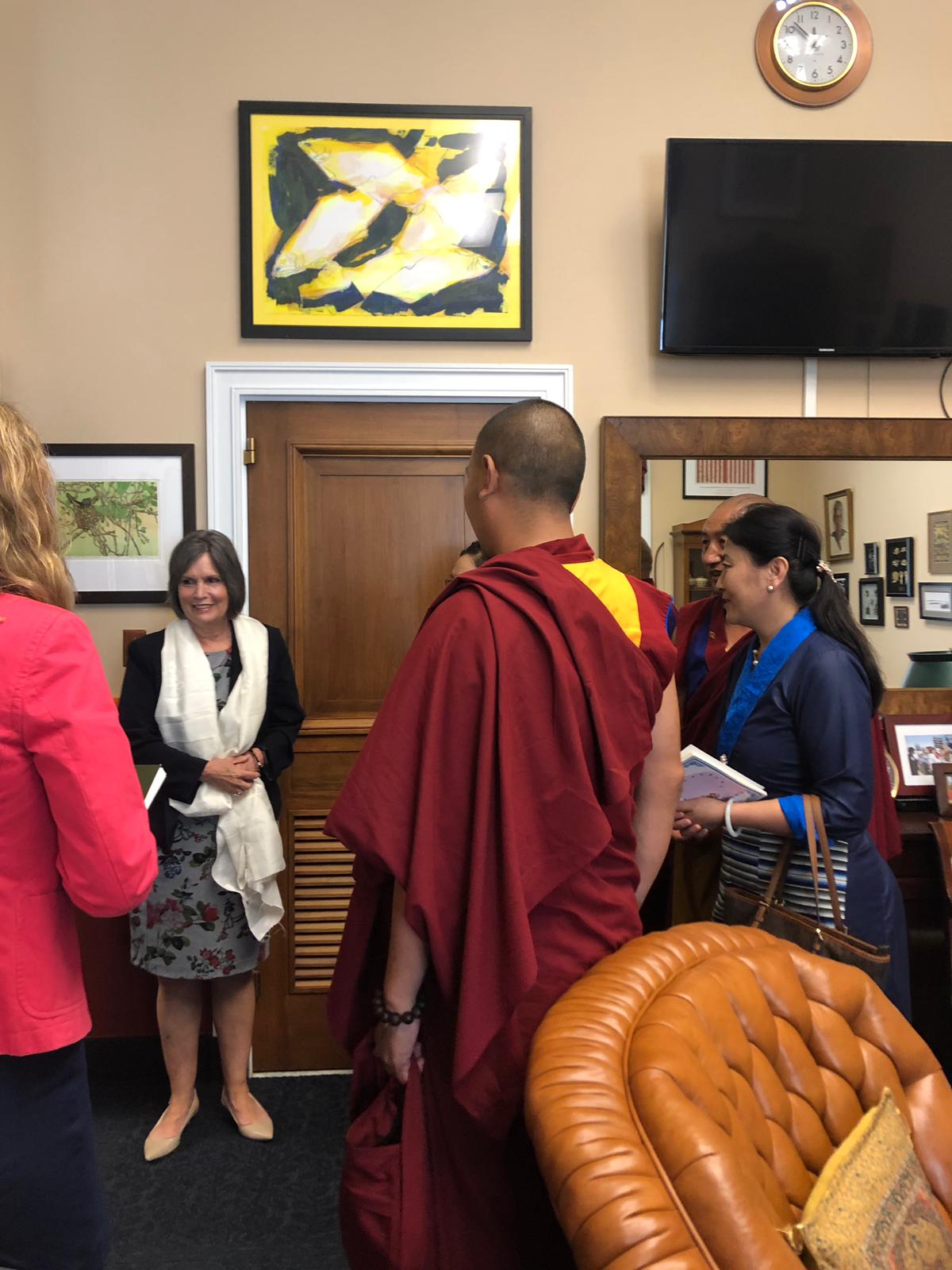 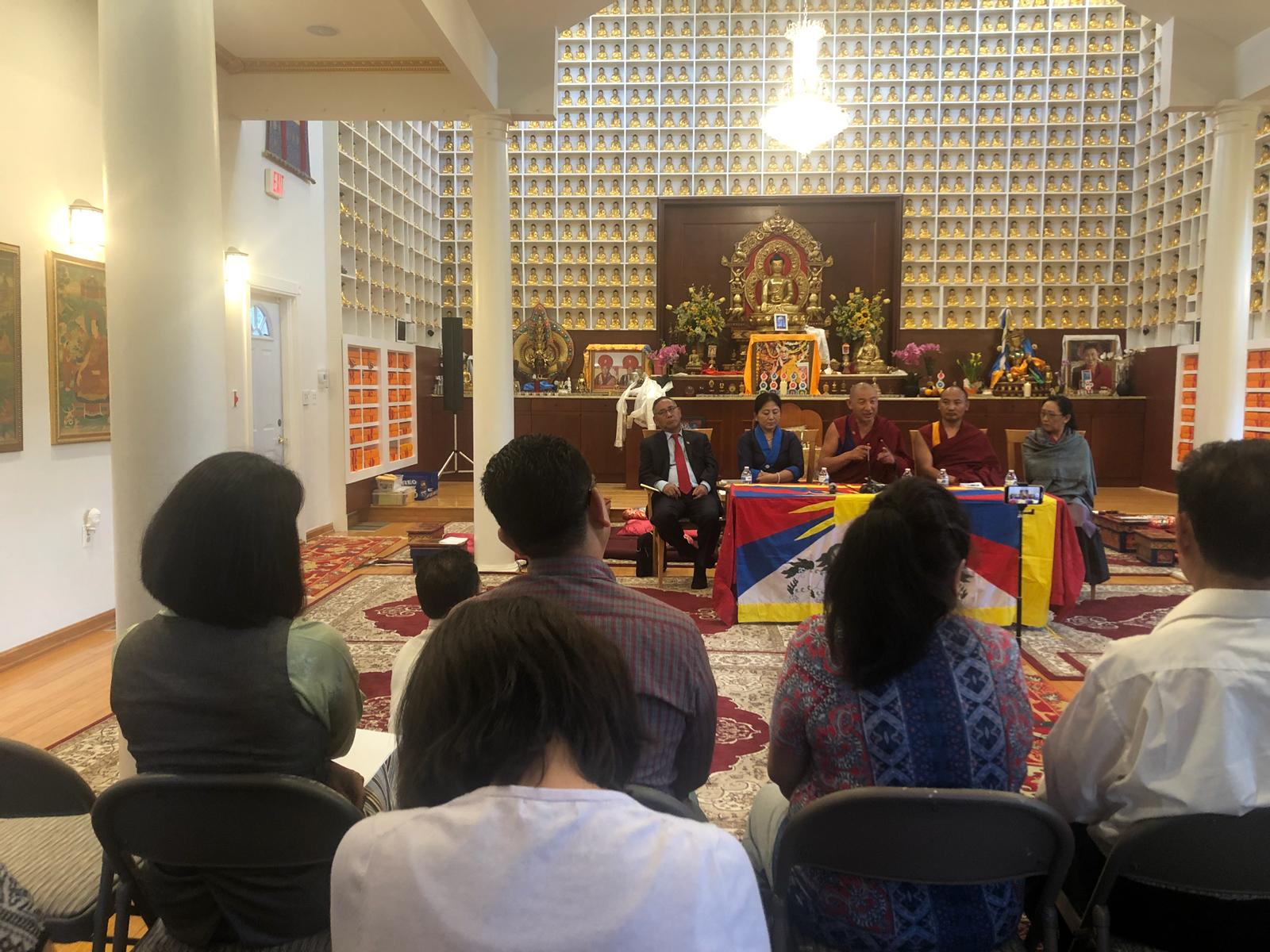 Tibetan parliamentary delegation on their official visit to Washington DC.