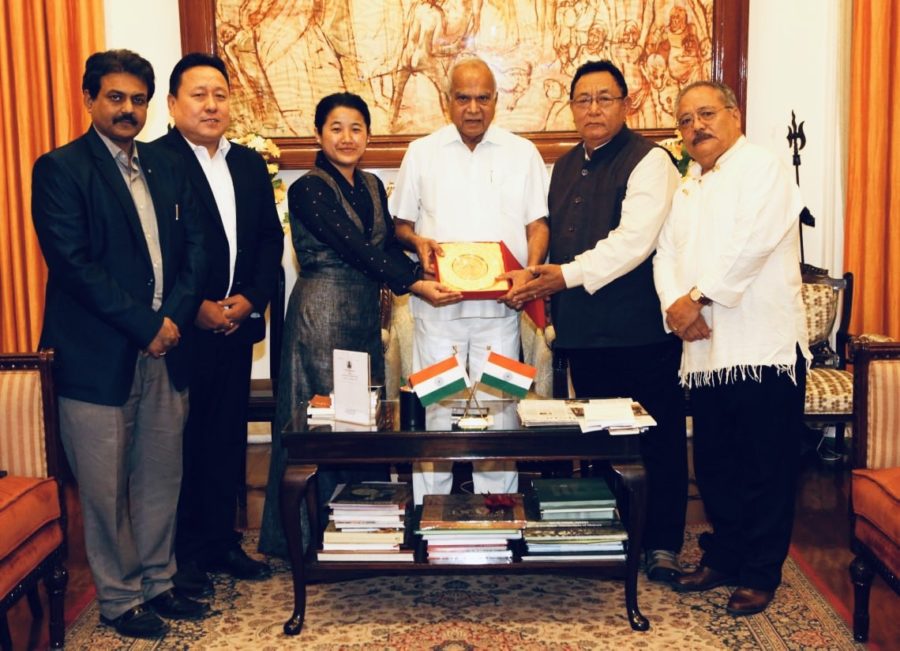 Chennai: The Tibetan parliamentary delegation called on the Governor of Tamil Nadu, Sh. Banwarilal Purohit at his office in Raj Bhavanon, Tamil Nadu on 12 November.

The delegation comprised of Parliamentarians Pema Delek, Migyur Dorjee and Namgyal Dolkar Lhagyari apprised him on the issues of Tibet and presented him with the Five-Points appeal of the Tibetan Parliament-in-exile and other Tibet-related publications. The delegation was felicitated with a souvenir of the state’s famous Thanjavur Temple miniature model.

The Hon’ble Governor shared with the delegates anecdotes of his tenure at Assam as its Governor when His Holiness the Dalai Lama visited the state as well as on his in-depth knowledge on the issues of Tibet. He assured the delegates of his continued support and of the Central government.

On 13 November, they met with Asha Reddy, a long time supporter of Tibetans, fondly known as Aunty Asha by Tibetan students in Chennai along with a group of Tibetan students and members of the Buddhist Devotional Association of Chennai (BDAC) to discuss logistical arrangement and itinerary for the next three days Tibet-advocacy campaign in the city.

Propounding primarily on the five-points appeal of the Tibetan Parliament-in-exile, the delegation apprised the respective personages on the human rights and the urgent situation inside Tibet, the essence of Tibetan struggle and aspirations of His Holiness the Dalai Lama as well as on the official policies of Central Tibetan Administration. They further entreated them to bolster the participation of Indian parliamentarians in the All Party Indian Parliamentarian Forum for Tibet (APFPFT) and to propel assiduously towards the protection of human rights in Tibet.

They later met with members of BDAC over a working-dinner to discuss and exchange of views on Buddhism. They expressed their joy over the opportunity of meeting with His Holiness the Dalai Lama during His visit to Bangalore.

The Tibetan delegates expressed gratitude for the warm welcome accorded by the association and solicited their continued support towards the Tibetan Chief Representative Office in Bangalore. 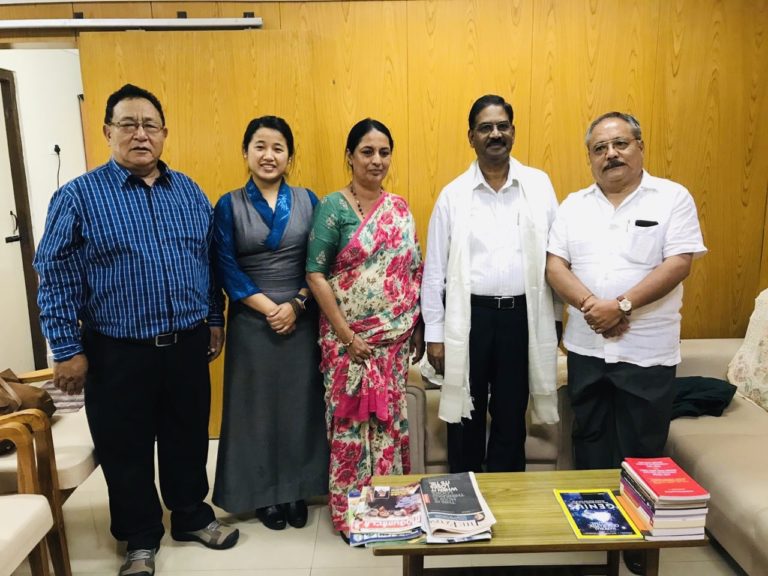