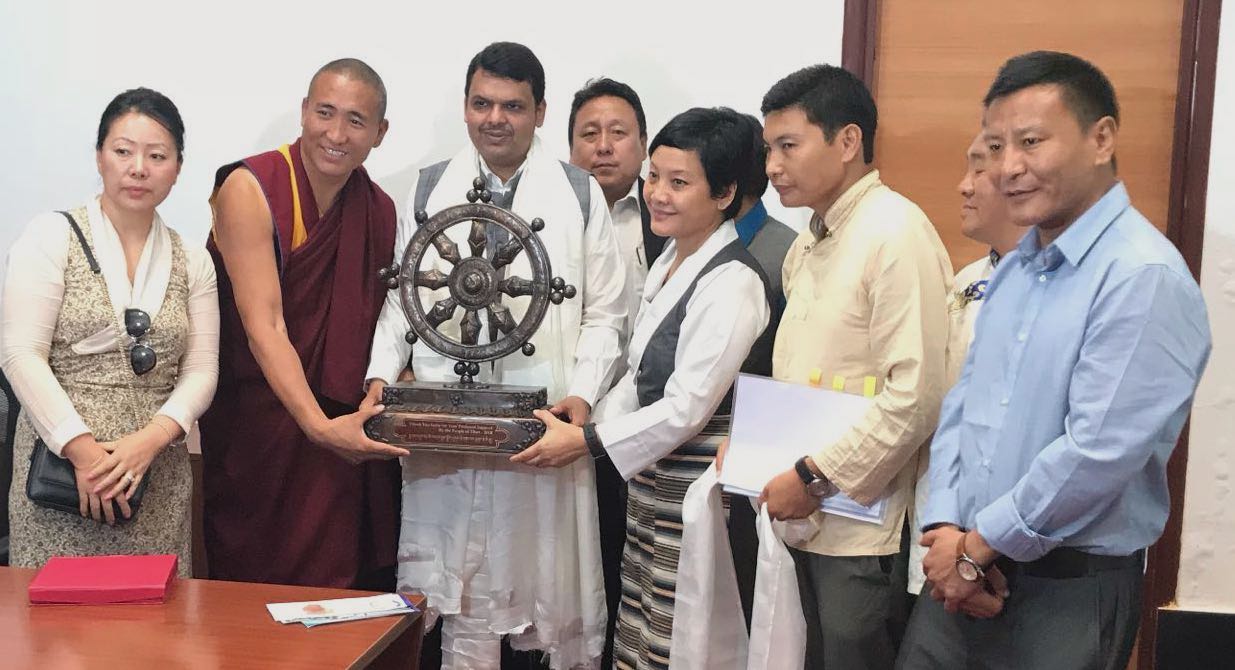 Tibetan Parliamentary-in-Exile (TPiE) delegation presented the Chief Minister with the TPiE Souvenir and briefed him on issues affecting Tibet and Tibetans. Youdon Aukatsang, head of the TPiE delegation extended an invitation to Dharamshala on behalf of Tibetan Parliament in exile to which the Chief Minister consented. The delegation also presented the Chief Minister with the Thank you India Dharma Chakra on behalf of the Norgeyling Tibetan Settlement, Gondia District, Maharastra. He was briefed on the settlement and approached to implement the Tibetan Rehabilitation Policy 2014. The Chief Minister also made a note to the Chief Secretary Revenue to take action on the application submitted by the Bandara Norgeyling Tibetan Settlement office on the implementation of the Rehabilitation policy for Tibetans in Maharashtra.

Honourable Ramraje Naik-Nimbalkar, Chairman/Speaker of Maharashtra Legislative Council warmly received the delegation at his office in Maharashtra Vidhan Bhavan. After receiving the souvenir from the Tibetan delegation, the Chairman felicitated the delegation with an official souvenir and bouquet. Through the Chairman, the delegation met with Manu Kumar Srivastava, Additional Chief Secretary, Revenue Department to appeal on behalf of the Norgeyling Tibetan Settlement for the implementation of Tibetan Rehabilitation Policy 2014. 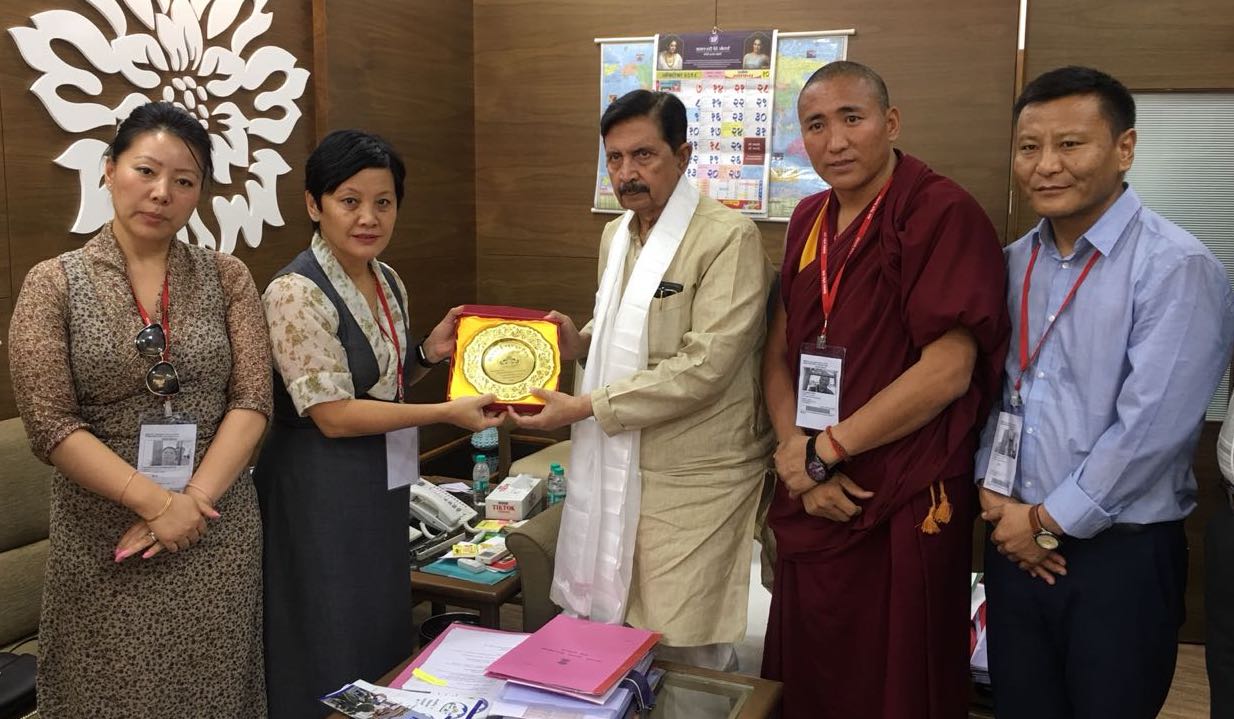