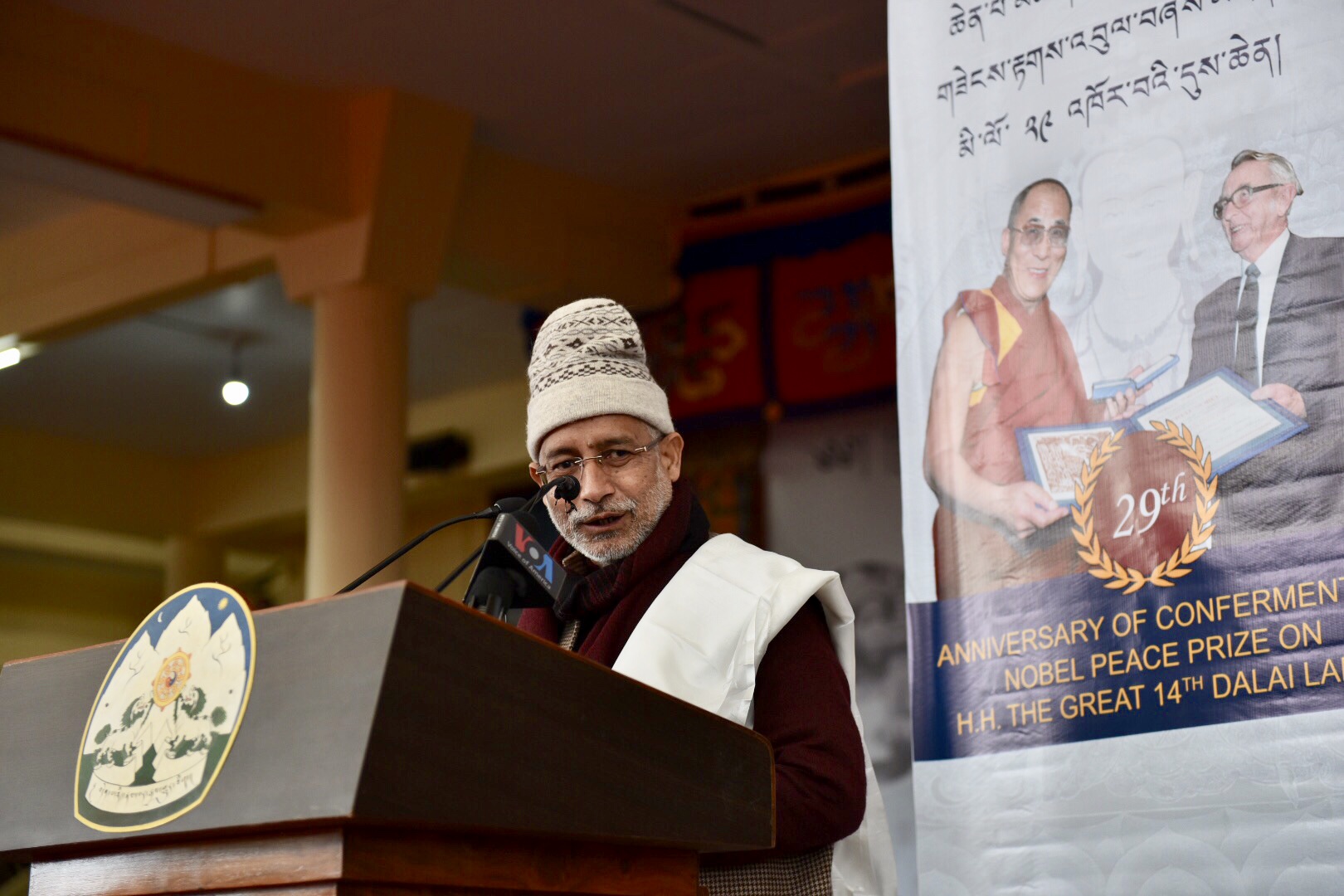 Chief guest Pradeep Tamta, Member of Parliament (Rajya Sabha) speaking on the occasion of 29th anniversary of the conferment of Nobel Peace Prize to His Holiness the Dalai Lama.

Chief Guest Pradeep Tamta, Member of Indian Parliament (Rajya Sabha) addressed the occasion by ” calling upon His Holiness the Dalai Lama’s message of peace and non-violence as the ultimate way to solve any critical issues in today’s world and thereby we should follow the advice of the great guru. Tibetan people, in particular in their struggle towards Tibet’s cause should follow Non-violence as advocated by His Holiness”.

At 1 pm, Tibetan Parliament-in-Exile honoured Pradeep Tamta and his wife for official lunch at Hotel Tibet and it was attended by Speaker, Deputy Speaker and the Members of the Standing Committee of the 16th TPiE.

Deputy Speaker welcomed and thanked the guest for accepting the invitation despite his busy schedule. Thereafter, Speaker extended his greetings and briefed them on the evolution of Tibetan democratic system and Tibetan parliament from the 1960s. He further elaborated on the total strength of the current Tibetan Parliament and its function. Then, Tamta stated that Middle Way Approach as proposed by His Holiness the Dalai Lama is the only way in solving the issue of Tibet. He thanked Tibetan Parliamentary Secretariat for the great hospitality extended towards him and his wife. The luncheon concluded with Deputy Speaker thanking the guests.

Pradeep Tamta and his wife departed from Dharamsala at 6:00 pm to their respective place. 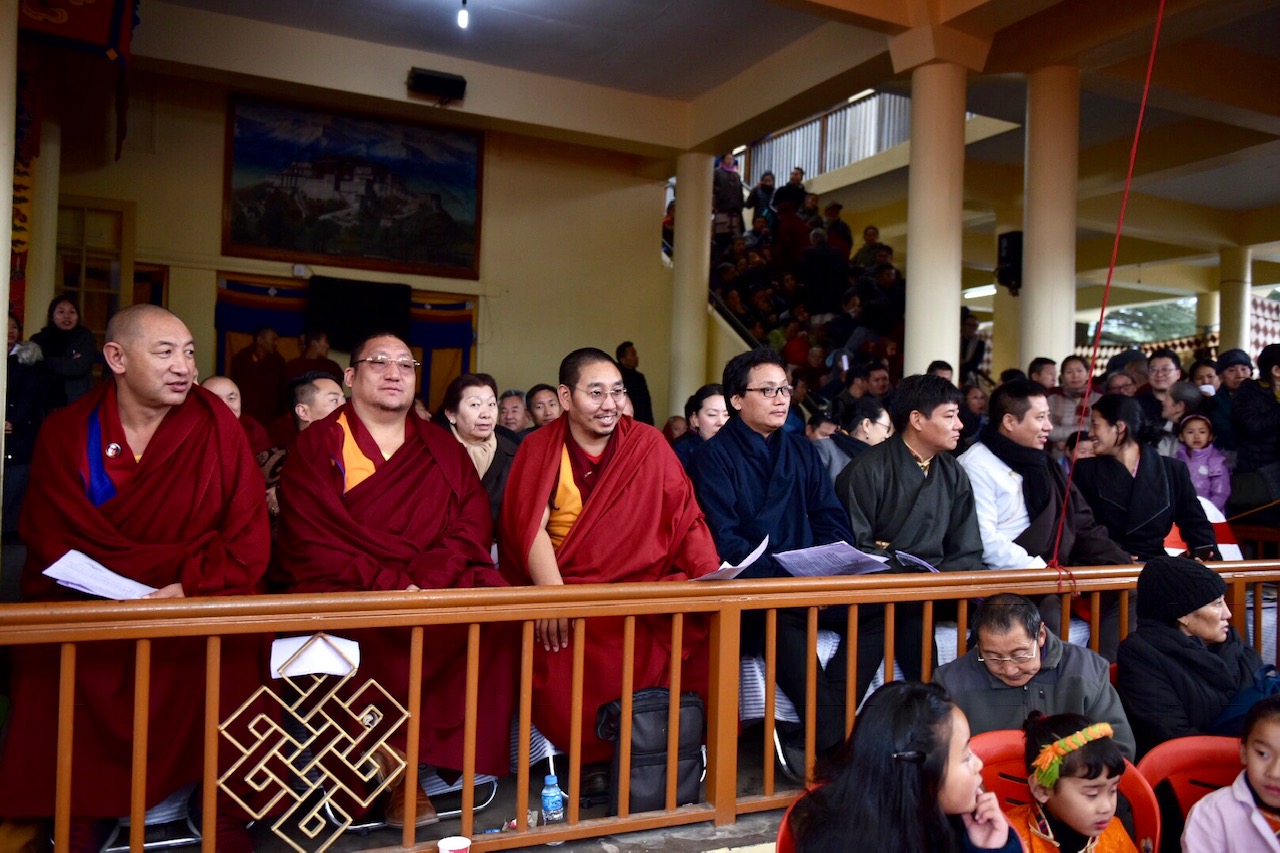 Members of the Tibetan parliament during the occasion of 29th anniversary of the conferment of Nobel Peace Prize to His Holiness the Dalai Lama.