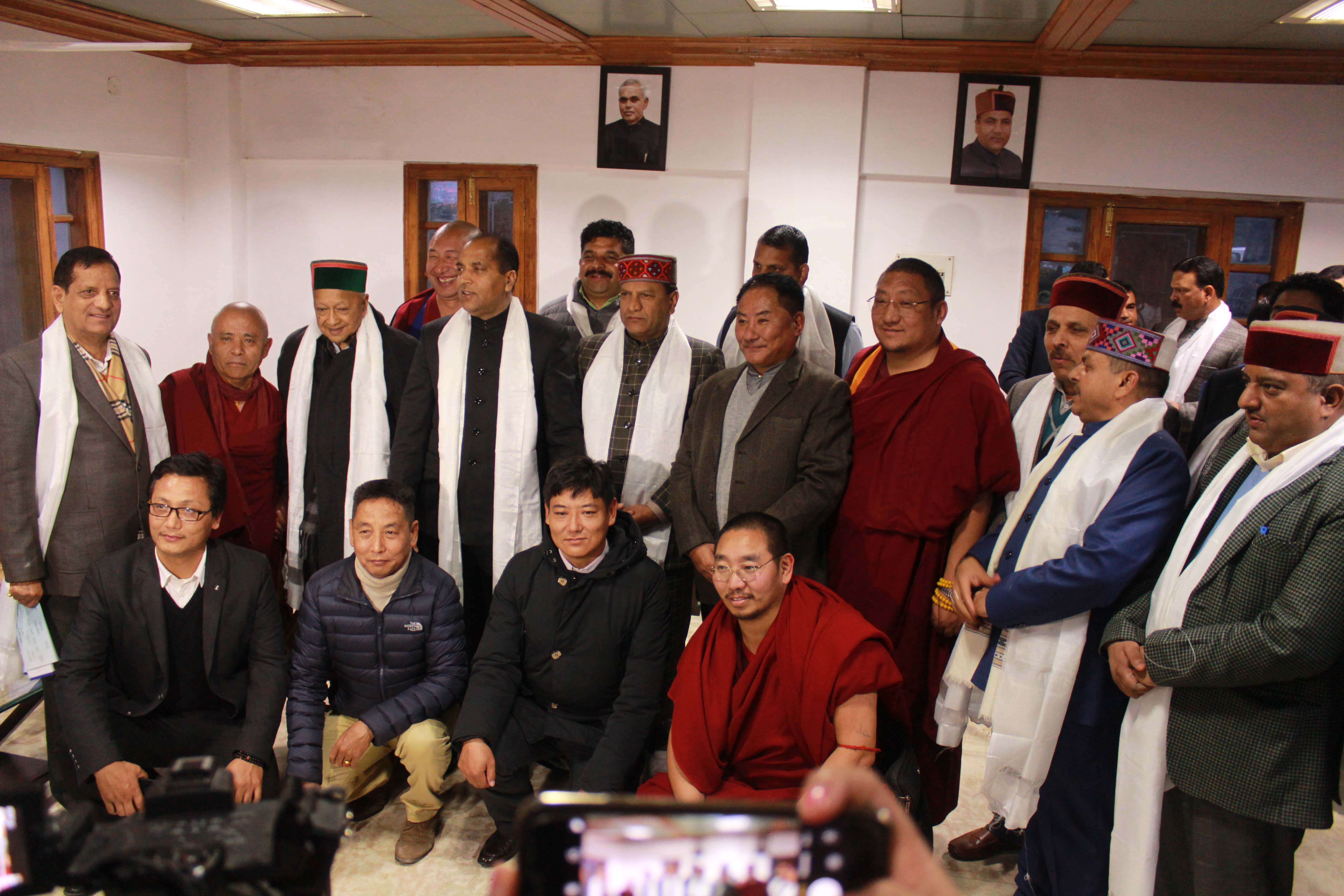 Members of both the parliaments during high tea reception.

Dharamshala: Every year, Himachal Pradesh Assembly (Vidhan Sabha) has been holding its winter session at Tapovan, near Dharamshala. The winter session, this year is from 10 to 15 December 2018. Tibetan Parliament-in-Exile, during this session, welcomes the Members of HP Vidhan Sabha to garner more support from them.

With the acceptance and approval of Hon. Speaker of H.P. Vidhan Sabha, Dr Rajeev Bindal, Tibetan Parliament was honoured again to welcome Vidhan Sabha Members on 12 December 2018 for a high tea reception.

On 11 December 2018, Deputy Speaker of the 16th Tibetan Parliament-in-Exile Acharya Yeshi Phuntsok along with two staff met with Speaker Dr Rajeev Bindal and his OSD Dharampal Mahajan for the preparation of the reception. After that, Deputy Speaker met with Hon. Chief Minister of H.P. Jai Ram Thakur and Former Chief Minister Virbhadra Singh to invite them for the reception.

Then, on the following day, Standing Committee Members of the 16th TPiE along with Parliamentary staff left for Committee Hall of Vidhan Sabha. Chief Minister, Former Chief Minister, Speaker, Deputy Speaker, Ministers and Members of H.P. Assembly arrived at 5 pm and were warmly greeted with Tibetan traditional scarves by the Members of Standing Committee of Tibetan Legislature. Deputy Speaker Acharya Yeshi Phuntsok commenced the reception by extending his gratitude for them in accepting and coming for this gathering. Thereafter, Chief Minister greeted the Members and extended his appreciation for the Tibetan Parliament in organising this rendezvous. He further stated that His Holiness the Dalai Lama always considers Dharamshala as his hometown and whenever he gets the audience, His Holiness would say “you are my Chief Minister”. He then goes on by saying “the people of Himachal Pradesh are very much honoured for having His Holiness the Dalai Lama at Dharamshala. The greatness and the blessings of His Holiness have made Dharamsala, the hub for the international tourists hangout and also have made Dharamshala now known in the International map. Over the years, Tibetan Parliament-in-Exile and Central Tibetan Administration had been extending their greetings during the winter session and today as well, we are honoured to be part of this rendezvous for which we are very thankful for you. The state of Himachal Pradesh has constantly been in solidarity with the Tibetan struggle and in future, as well we will keep continuing our support to Tibet’s cause”.

Pema Jungney, Speaker of the 16th TPiE addressed the gathering by welcoming the Members of H.P. Vidhan Sabha in attending this reception, on behalf of the 16th Tibetan Parliament-in-Exile. He stated that “it is now nearly 60 years since Tibetans came into exile and set up its administration at Dharamshala. The exile Tibetan has flourished significantly merely due to the gratefulness and support of the people and the government of Himachal Pradesh. Tibetan Parliament, for all these 60 years, has not been able to establish the State Assembly Parliamentary Group for Tibet all over India and thus planning to do so in near future. Starting from the revival of Himachal Pradesh Parliamentary Group for Tibet, State Parliamentary Group for Tibet all over India will be establishing and thus we need your ardent support. Speaker then extended his appreciation to Speaker of H.P. Vidhan Sabha for accepting our request.

Likewise, H.P. Former Chief Minister stated that he attended this reception simply because he has a high respect for His Holiness the Dalai Lama and to express his solidarity towards Tibet’s cause.

After that Members of both the parliaments introduced each other and exchange their views and further draw upon the critical situation still going inside Tibet. 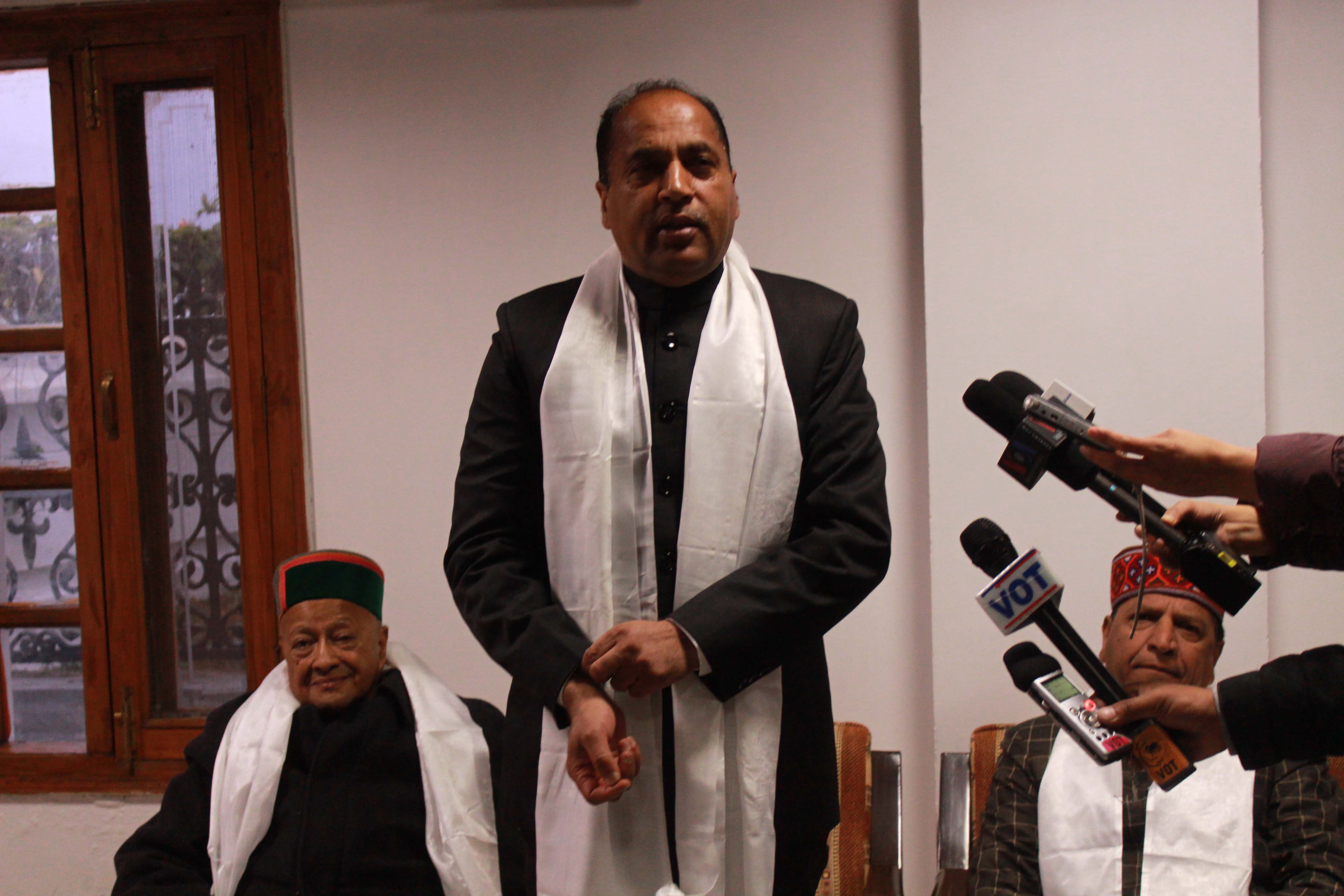 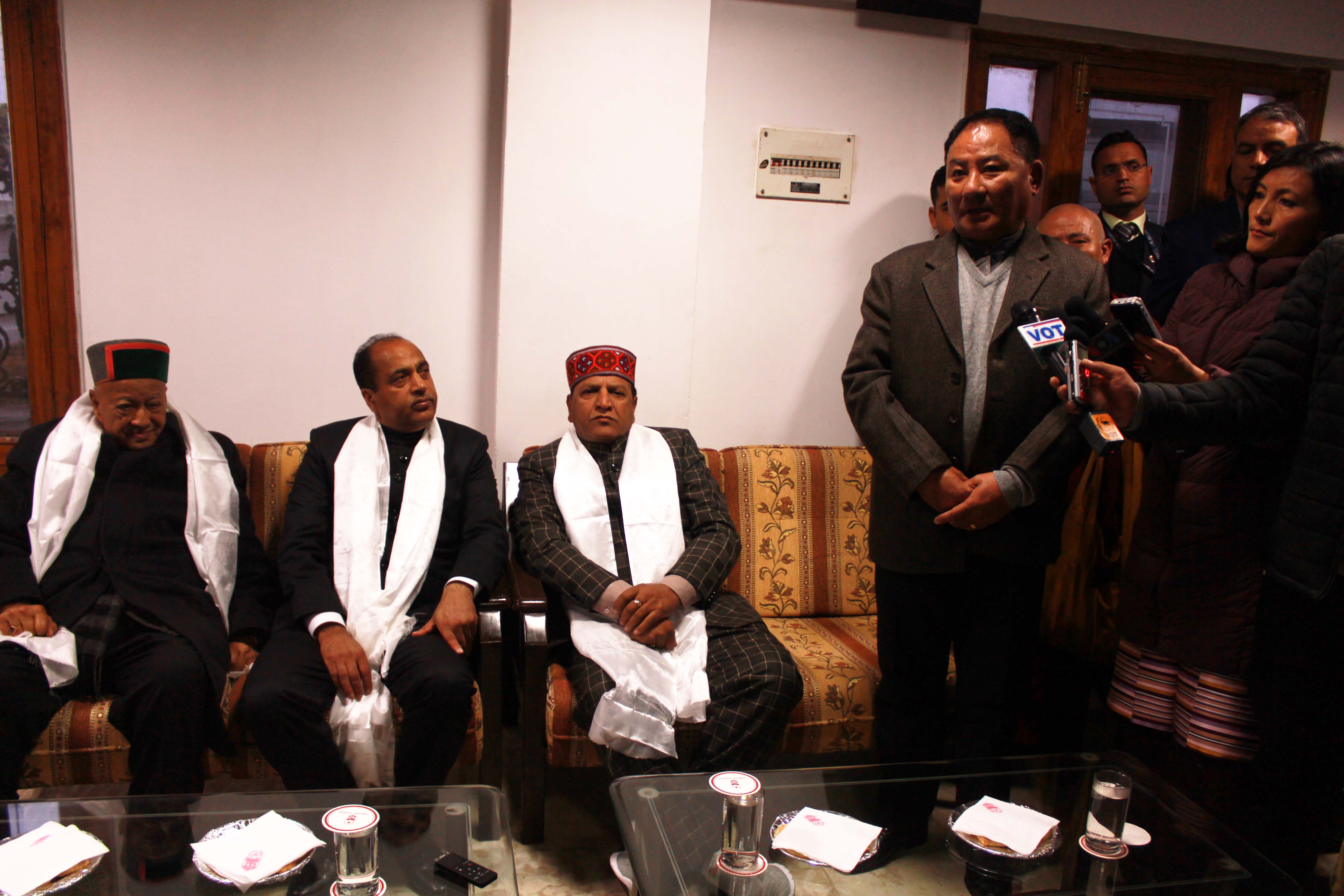 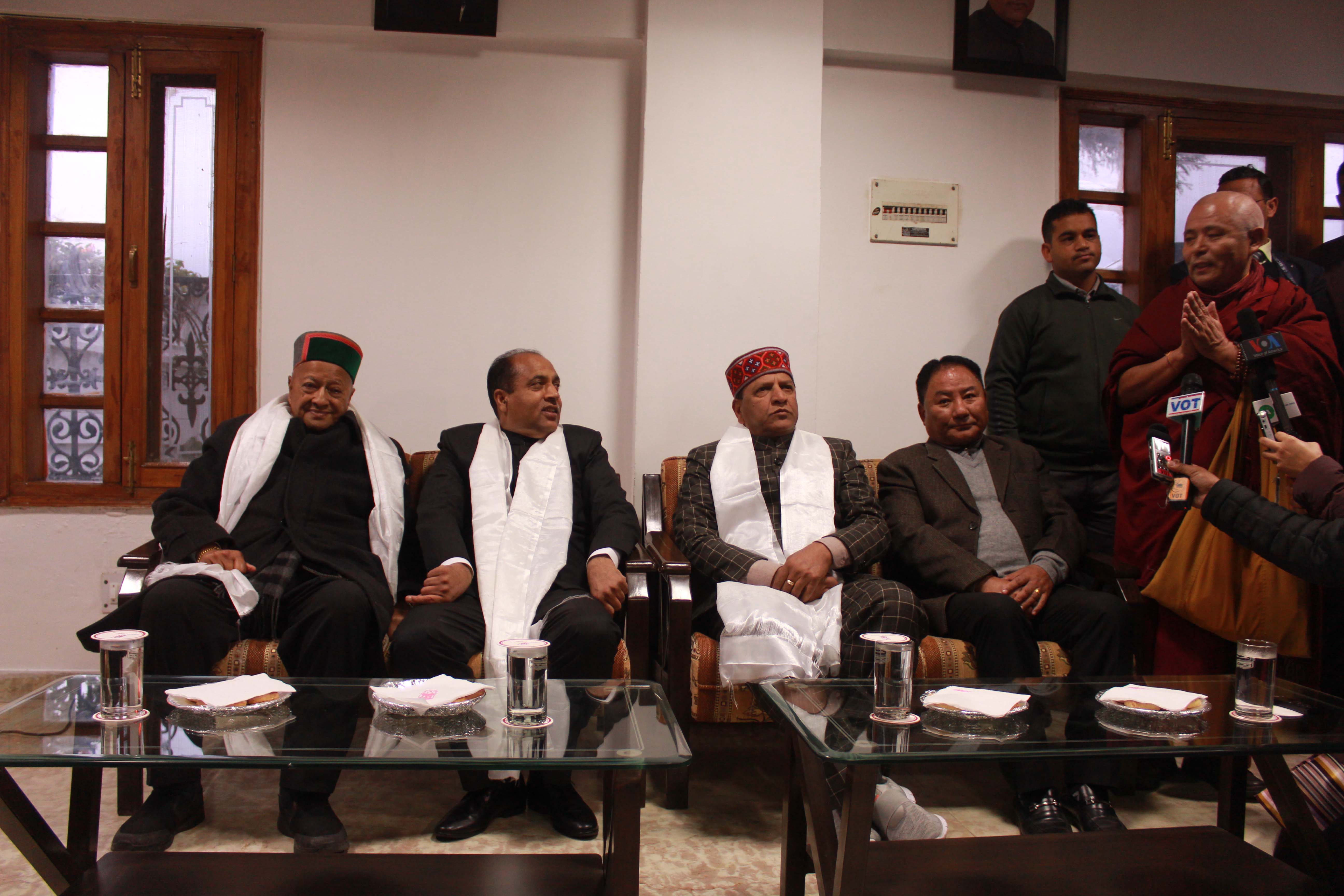