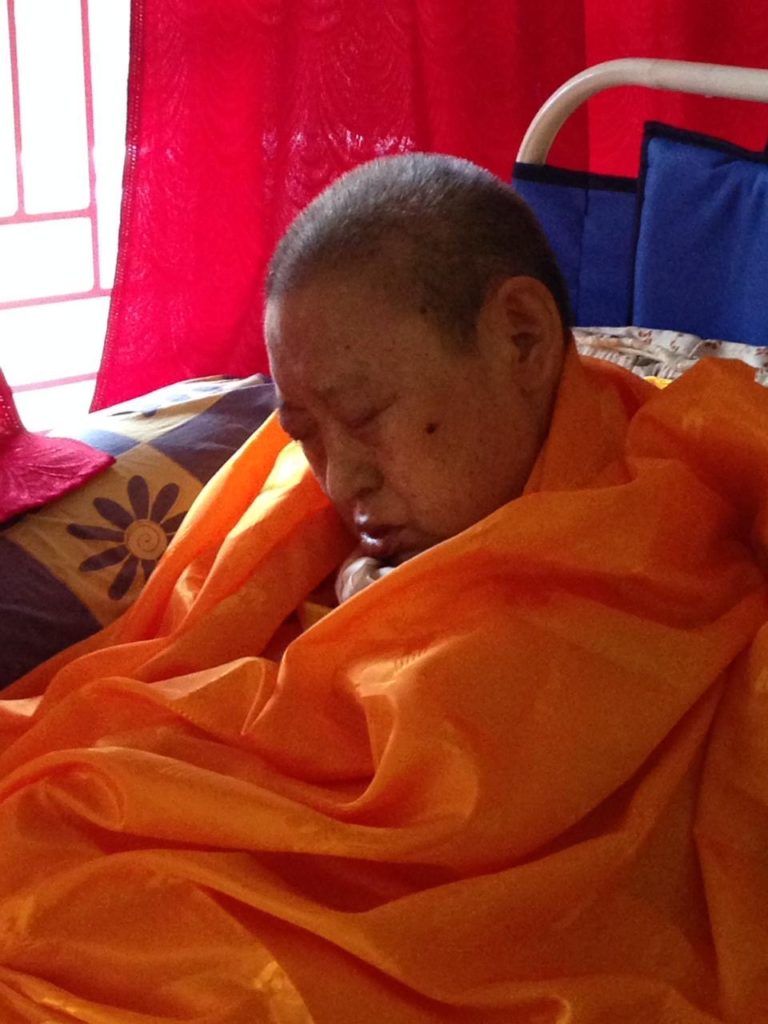 Dharamshala: A Tibetan nun named Tenzin Choedon aged 82 was found in the rare meditative state of Thukdam after passing away on Friday last week, according to the Department of Religion and Culture, CTA. Read the original report filed in Tibetan here.

Ven Tenzin Choedon more prominently known as Ani Tenzin was a resident of Kollegal Tibetan settlement who had spent over 44 years in mediation retreat at Holy caves of Guru Padmasambhava Charitable and Meditation Centre at Rewlsar. Her body was found in the state of Thukdam with moral fragrance all around.

Thukdam (Tib: ཐུགས་དམ་) is described as a Buddhist phenomenon in which the realised master’s consciousness remains in the body despite its physical death. Though they are declared clinically dead, their bodies show no signs of decay and are found to remain fresh for days or weeks without preservation.

Thukdam is a Tibetan word with “thuk” meaning mind and “dam” standing for samadhi or the meditative state.

While scientific inquiry into this phenomena is still underway, they are yet to decipher this unique Buddhist phenomenon.

Keen to understand the neurophysiological mechanism of the meditation, His Holiness the Dalai Lama had commissioned research on Thukdam in collaboration with Russian and western scientists over a decade ago.

Series of scientific researches have followed since.

Ven Tenzin Choedon was born in 1939 into the family of Ringpapontsang. From childhood, she displayed a deep loving and compassionate nature towards others. At the age of 13, at the advice of her parents, she joined Chemeyling in Riwo Geden monastery in Tibet. In 1959, she escaped to India along with tens of thousands of others as a result of the Chinese illegal occupation. She spent the next few years in Nepal, receiving teachings from Drupseng Rinpoche. Ven Tenzin later moved to India and remained at Karma Drubgyu Thargay Ling Nunnery in Tilogpur for nine years where she served the nunnery in various capacities.

From 1976 to March 2020, Ven Tenzin spent 44 years in retreat at Holy caves of Guru Padmasambhava Charitable and Meditation Centre in Rewlsar. She also observed many Buddhist vows at sacred Buddhist places such as Gharsha phakpa in Triloknath.

On 22 May coinciding with the 30th day of the 3rd Tibetan lunar month, Ven Tenzin Choedon passed into the state of Thukdam at around 10 am at her residence in Kollega Tibetan Settlement.