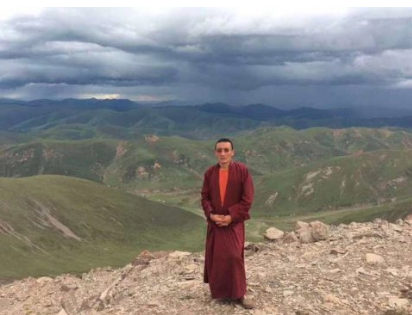 Chochok was arrested by the Chinese authorities in connection with a social media post.

Free Tibet has learned of the release of a Tibetan monk who was arrested in late December 2017.

He was released from prison on 6 February 2019, after serving two years. The condition of his health and other details have yet to be ascertained.

Chochok was arrested by the Chinese authorities in late December 2017. Sources believe his arrest was related to a post he made on Chinese messaging app WeChat. In the post, Chochok used the picture of Konpe, a Tibetan monk who self-immolated in December 2017, as the background.

Chochok is one of a number of Tibetans who have been arrested for expressing critical attitudes, views or information about the Chinese Communist Party. The CCP treats such acts as a threat to the party and its leadership. In the name of political stability, national interest, and the fight against separatism, Tibetans are constantly under high surveillance and political scrutiny by the Chinese authorities.