Tibetan monastery in Gansu forced to close down; monks and nuns ordered to disrobe 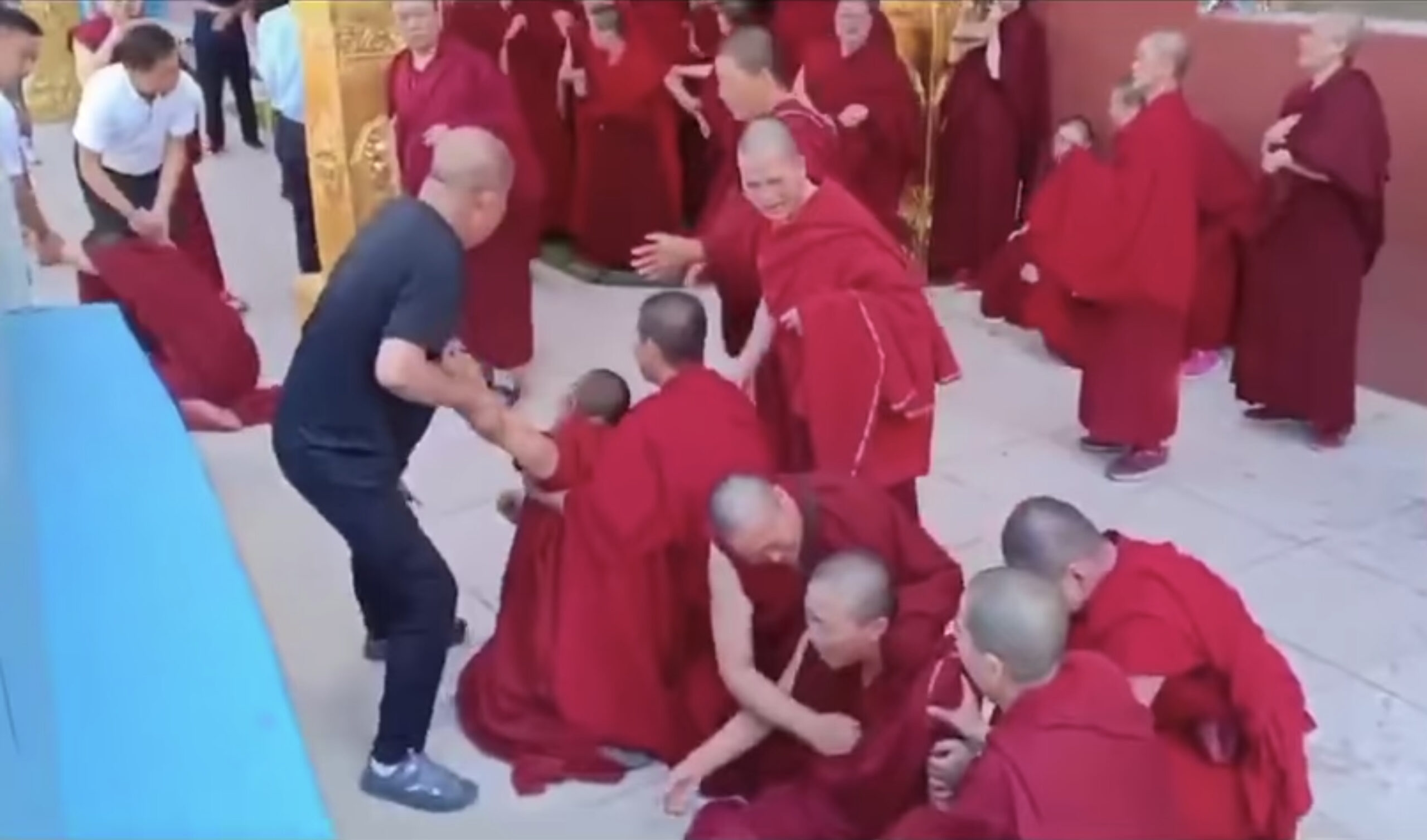 According to a Chinese media outlet Mingde, the forced eviction and shutting down of Kharmar Monastery began when, on 31 July 2021, the Yongjing County government sent large numbers of police to carry out the eviction of the monks and nuns from the monastery. It took place within several days after Xi Jinping’s visit to Tibet on 21 and 22 July.

Videos of the incidents were being shared on various social media platforms. In one such clip, nuns are seen praying while staging a sit-in protest in front of the monastery under a huge banner. The banner hung by the nuns reads, “Forceful eviction of the monastic community is not tolerable by national law”.

Another clip shows scores of nuns being forcefully dragged by plain-clothes detectives outside the temple while other nuns were seen exiting the monastery’s assembly hall. In another clip, nuns were seen crying while an elderly lama walked past consoling the grieving nuns. In yet another shocking clip, a monk was seen standing on the edge of the monastery’s roof threatening to jump off it if the officials did not “go away”.

The actual reasons for the monastery’s unexpected shutdown is not officially known as attempts made by Radio Free Asia to seek information from the officials of Yongjing County were met with denials and refusals to comment on the case. According to Mingde, the monastery has raised and donated over 300,000 yuans for the Covid-19 relief fund. This caught the local government’s attention who then demanded that the monastery share its wealth equally with the government. When the monastic community refused to oblige, the local authorities arrived in plainclothes to seal off the monastery.

According to the International Campaign for Tibet, Kharmar, which literally means “red fort” in Tibetan, is located in the Linxia Hui Autonomous Prefecture, which directly borders the Kanlho Tibetan Autonomous Prefecture. The area was known as Gachu in Tibetan when it used to be part of the Tibetan Empire in history.

During the Mongol Empire, under the edict of Kublai Khan in the 13th century, a pagoda was established on that site to honor Drogon Chogyal Phagpa, the fifth leader of the Sakya school of Tibetan Buddhism. Kharmar Monastery was later built at the site of the pagoda. Both the pagoda and the monastery were destroyed during Mao Zedong’s Cultural Revolution. It was later reconstructed in 2011. The monastery follows the Sakya school, one of the four schools of Tibetan Buddhism. 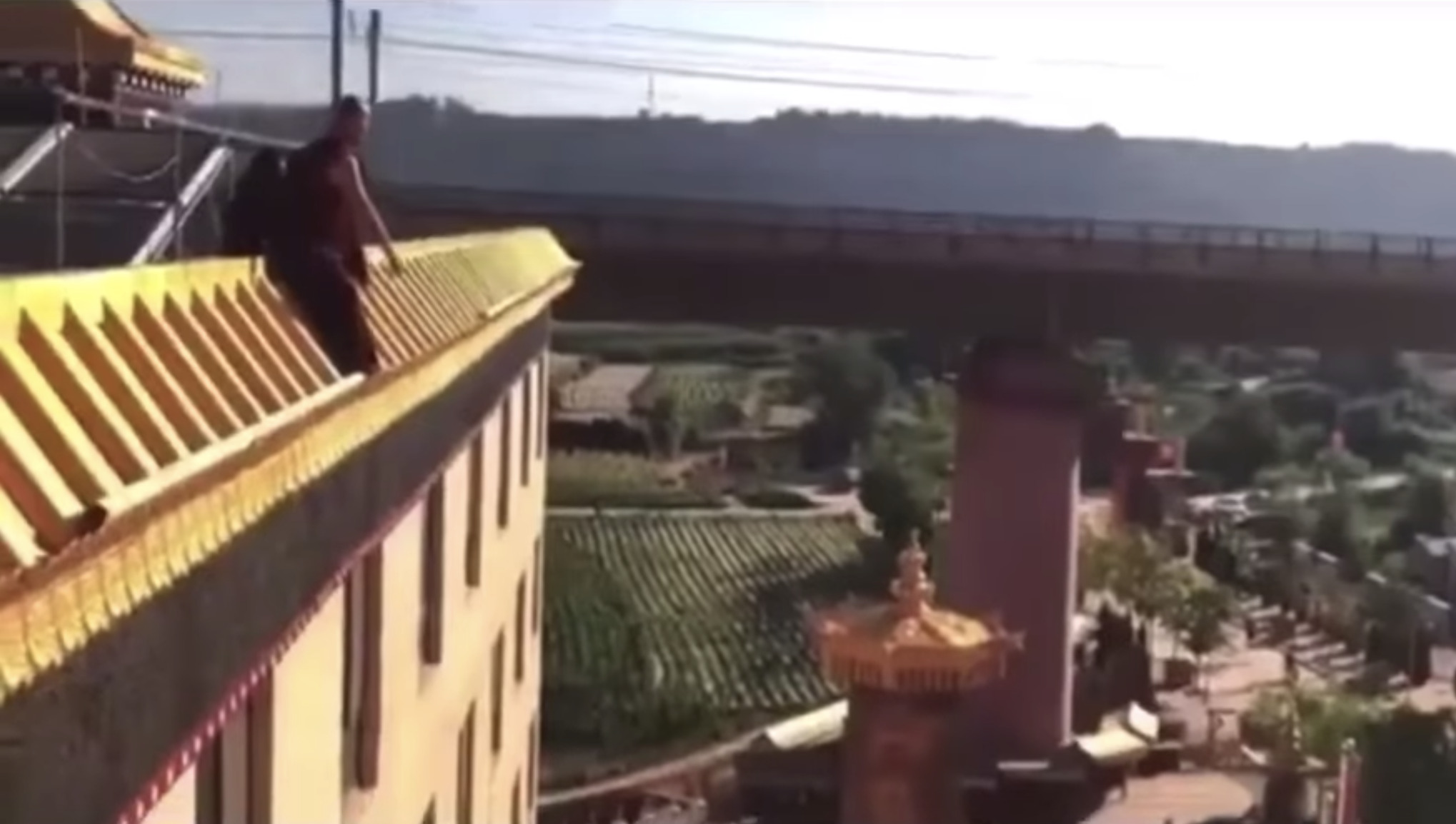 A monk trying to jump from the rooftop in protest against the Chinese authorities’ forced eviction. Image: Screengrab 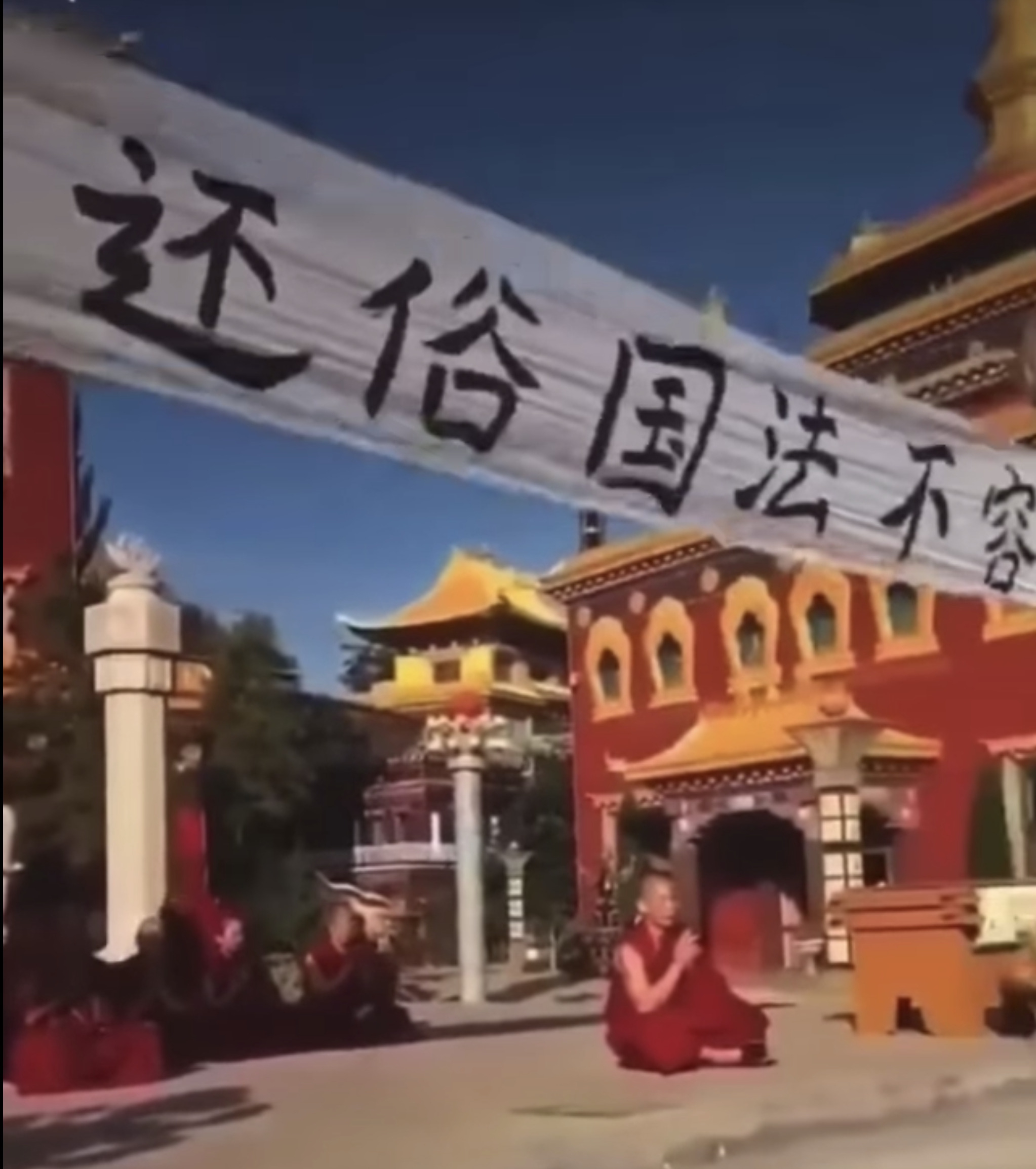