Tibetan Freedom Struggle is the Original Made in India Struggle: CTA President 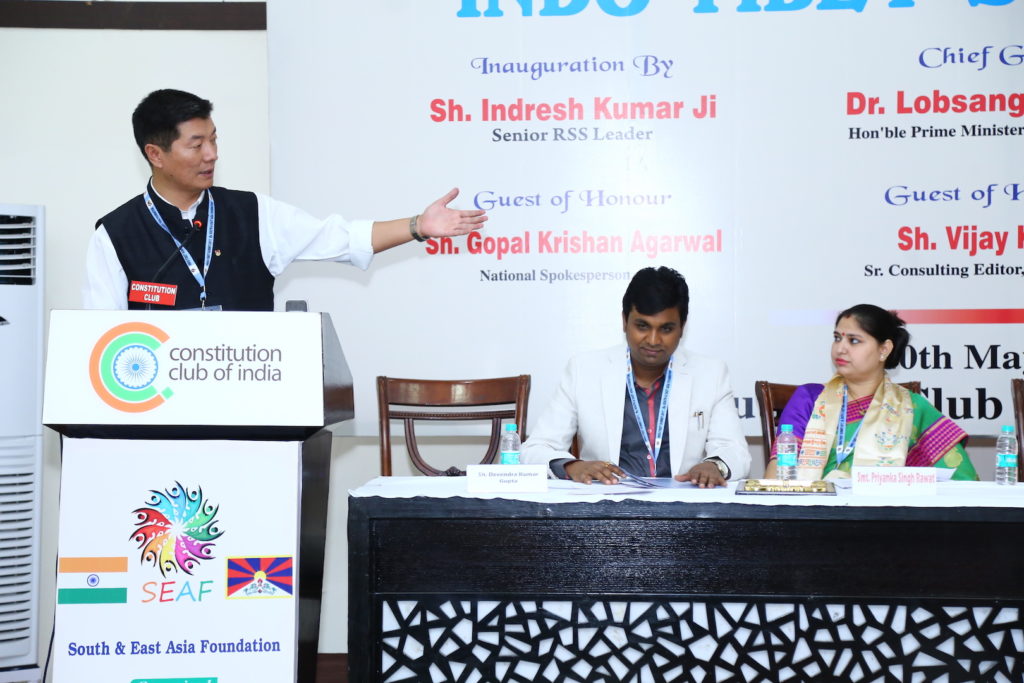 New Delhi: The President of Central Tibetan Administration Dr. Lobsang Sangay delivered the keynote address at the ‘Indo-Tibet Summit-2017’ held at the Constitution Club of India. Organized by South and East Asia Foundation, the summit focused on six areas of discussion: 1) Interdependence of Indian and Tibetan economies, 2) The religious and cultural similarities between India and Tibet, 3) Significance of His Holiness the Dalai Lama on the India’s socio-political system, 4) Aspirations and challenges of Tibet with China, 5) economic and cultural cooperation between India and Tibet and 6) Status of Tibetan refugees in India. 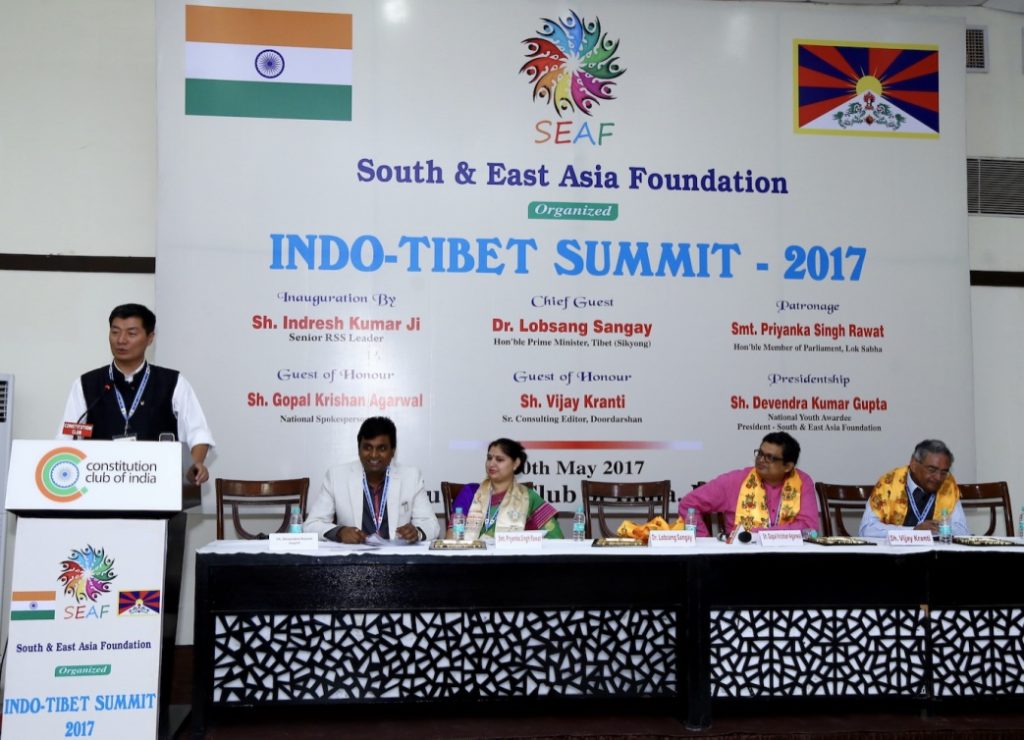 Invited to grace the summit as the Chief Guest, President Dr. Sangay began delivering his remarks in Hindi. Dr. Sangay decried the Chinese government’s policies in Tibet that have engendered an onslaught on religious freedom in Tibet and cited the 2017 Freedom House report that pointed to Buddhism as the most repressed religion in China.

Elucidating on the increased repression in Tibet under the Chinese rule, President Dr. Sangay said: “China is ranked 5th from the bottom again on this year’s World Press Freedom Index. The 2016 Freedom House report ranked Tibet in the second worst in political and civil freedom after Syria. Simon Denyer, China bureau chief of Washington Post confessed that Tibet is harder to visit than North Korea.”

“Till date, 149 Tibetans have self-immolated thus demonstrating to the world that the occupation of Tibet is unacceptable and the oppression is unbearable,” he said.

Gesturing to the hoarding on stage, President Dr. Sangay expressed joy in seeing ‘India and Tibet’ affixed together as both nations share a deep spiritual and cultural ties. Dr. Sangay said India’s biggest and best export has been and will be Buddhism. 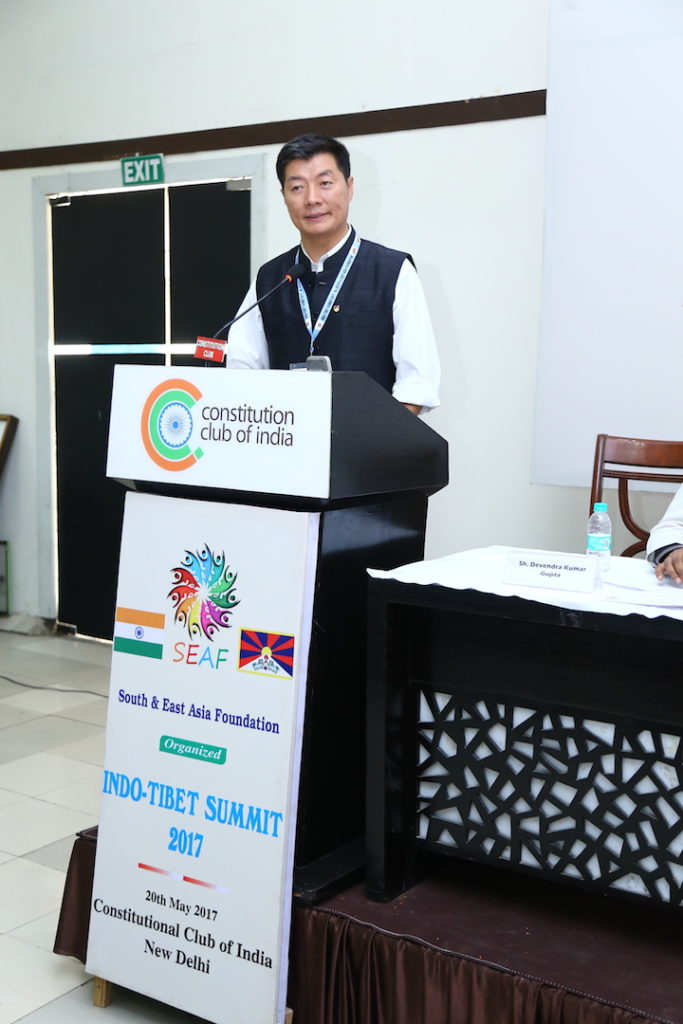 Speaking on the growing prominence of Buddhism in today’s world Dr. Sangay explained: “while Buddhism in Tibet has been severely constrained and regulated in recent years, Buddhism continues to be strong among the Tibetan people, and continues to grow rapidly in China and have maintained large and stable Buddhist populations in South East Asia, Korea, and Japan. In today’s world 14 countries are predominantly Buddhists countries and 52 countries have large numbers of Buddhists. In addition, Buddhism is growing rapidly in the United States, Europe, and Latin America.”

President Dr. Sangay claimed that Tibetans have contributed to preserving Buddhism that originated in the Indian subcontinent: by reviving the Buddhist scriptures and rebuilding the monasteries dismantled during the destruction of Nalanda University in the 13th century.

President Dr. Sangay concluded saying “the day freedom will be restored in Tibet and when His Holiness the Dalai Lama and Tibetans in exile will be reunited with the Tibetans inside Tibet, a new chapter of hope and success will be written in world history. While Tibetans will be key author of the chapter, India will be the coauthor.” 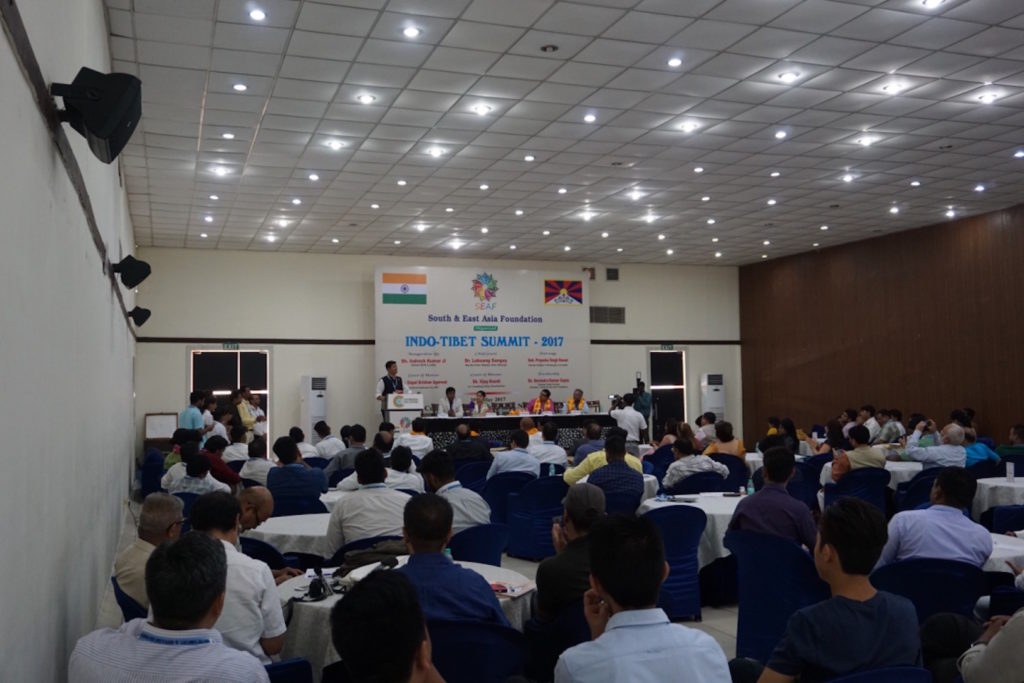