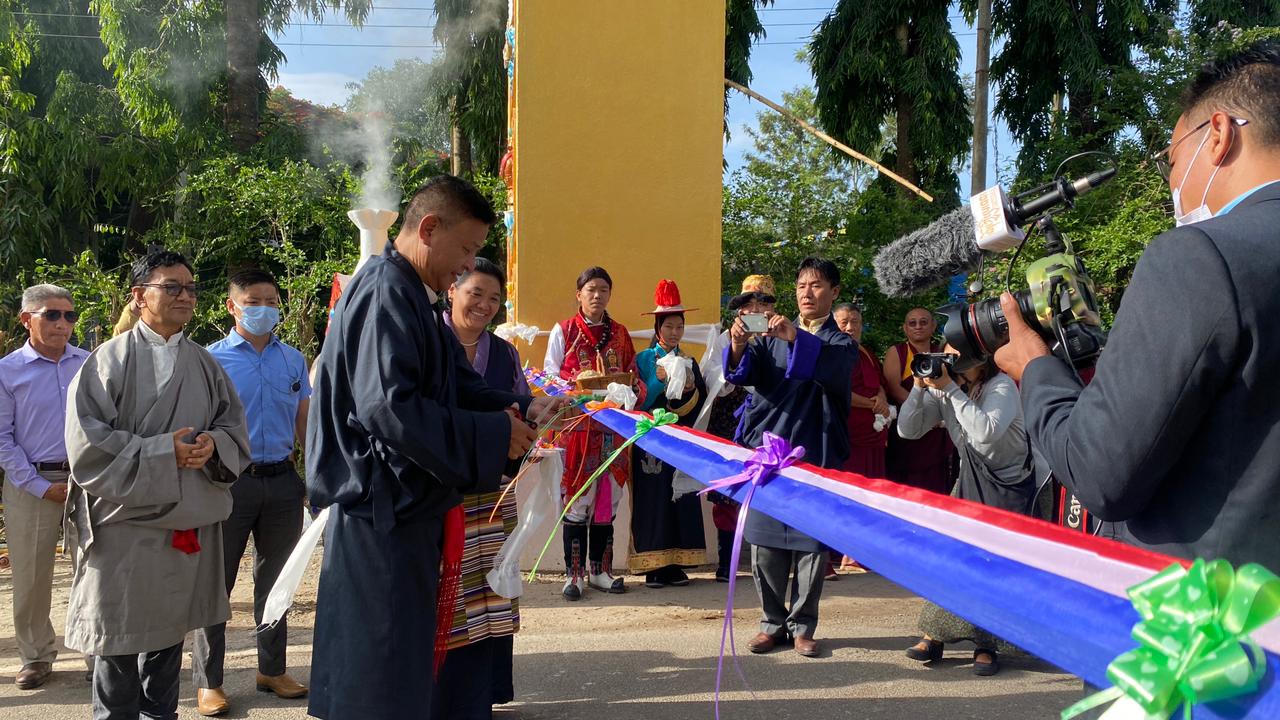 Bylakuppe: The Tibetan community in Bylakuppe gave a rousing welcome to the arrival of Sikyong Penpa Tsering at the settlement on Tuesday, 31 May.

Swarms of crowd lined up with ceremonial scarfs and flower bouquets to catch a glimpse of the Sikyong who was visiting  his native settlement for the first time since assuming the office in May last year.

Led by the Settlement Officers of Dekyi Larso and Lugsam, Sikyong was received by an entourage of heads and representatives of monastic institutions and NGOs. As part of his first-day official engagements, Sikyong inaugurated the newly built gate of the settlement following that, he visited and toured the premises of His Holiness the Dalai Lama’s palace at the settlement. The highlight of the day’s event featured his address to the faculty and students of TCV school and his visitation and address at the monasteries scattered across the settlement.

In his keynote address at the school, the students were detailed on the objectives of the 16th Kashag and apprised of the activities initiated and the future plans of the administration but mostly noted his assurance to empower the students’ capacity through whatever support and facilities are required by the schools imploring that they prudently utilise the fund of donors.

During the interactive session with the students, Sikyong was questioned about his approach to dealing with cases of divisive and polarising agendas often reported in the communities to which, Sikyong firmly established transparency and accountability as the guiding principles of his administration, besides that, he urged the students not to indulge in disinformation and petty skirmishes adding ‘no good will come out of such indulgence’. Instead, the students were advised to devote all attention and effort to actualising the aspirations of His Holiness the Dalai Lama and toward enabling a self-sufficient community. 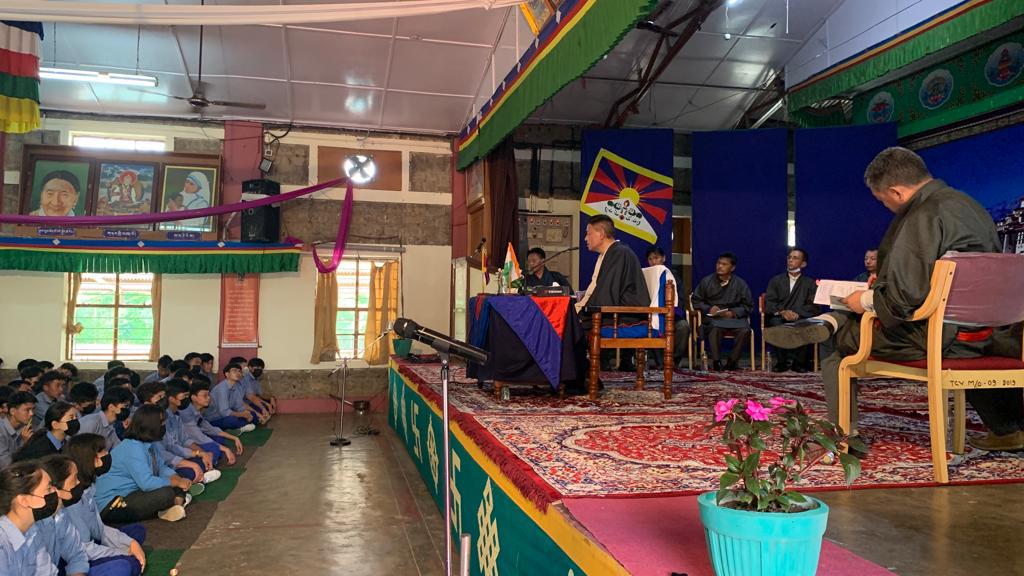 Sikyong next visited the monastic institutions including Sera Jey, Sera Mey, Namdroling monastery and Tashi Lhunpo Monastery etc. where the abbots led administrators and monks of these monasteries welcomed him. In his address at the monasteries, the Sikyong apprised of the Kashag’s firm abidance in lawfully exercising its executive power in accordance with the constituents enshrined in the Charter.

Sikyong also informed about the long-standing plan of the Kashag to establish an international Buddhist study centre which has also been a long time aspiration of His Holiness. He reassures the commitments that he promised during his election campaign and after becoming the Sikyong. In return, he sought their cooperation in keeping the unity intact by not dignifying divisive affiliation toward one’s religious sect and province. “At any cost, we have to be united and despite differential political opinions between Rangzen and Uma, the ultimate objective is to strengthen the foundations of the Tibetan freedom struggle,” said the Sikyong and prompted the Tibetans to disconnect from disinformation and fake news threatening communal harmony and unity.

“Keeping in view the extensive legacy and visionary leadership of His Holiness, the 16th Kashag pledges to work diligently in tandem with law and order” Sikyong added while noting its dual commitments to resolving the Sino-Tibetan conflict and alleviating the welfare challenges of Tibetans in the diaspora.

On the second leg of Bylakuppe visit, Sikyong toured all 13 camps in Dekyi Larso settlement, Purang camp, and a few camps in Lugsam settlement where he interacted with the residents of those camps. He also stopped by to visit the settlement office, Regional Freedom Movement office, representatives office, CVP Sambhota school, Office of Auditor General, and residence for retired CTA officials. 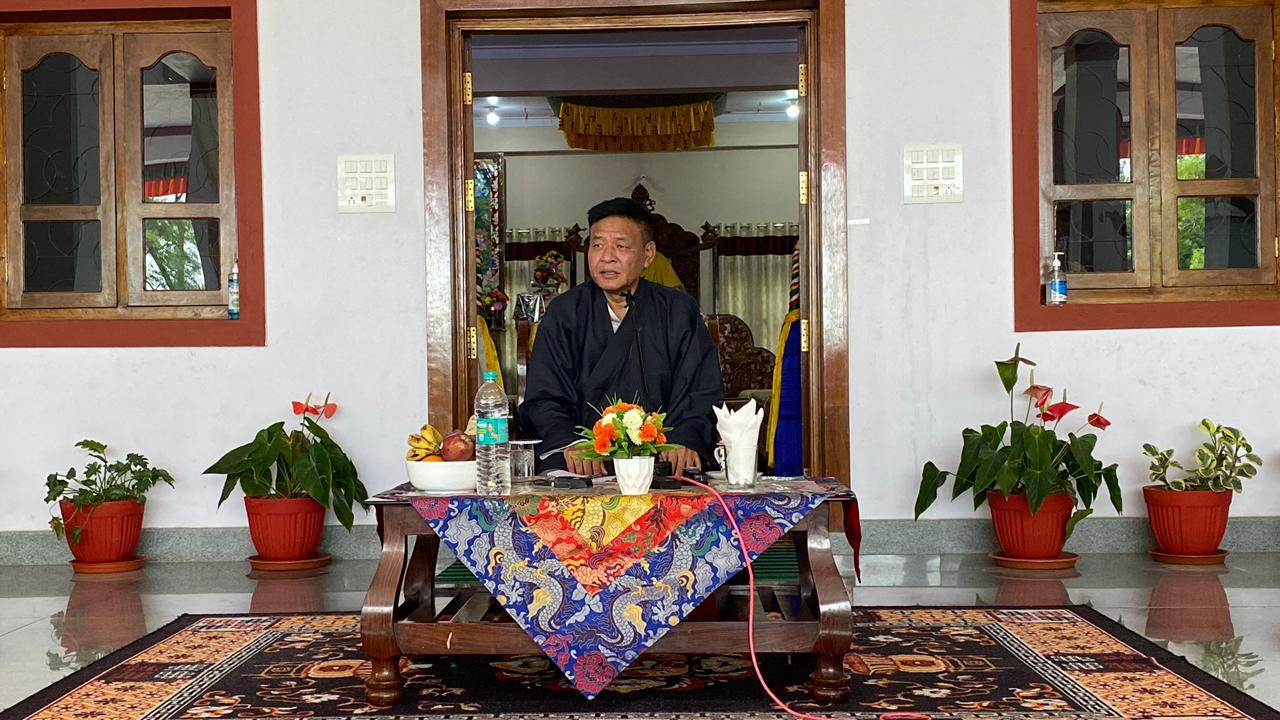 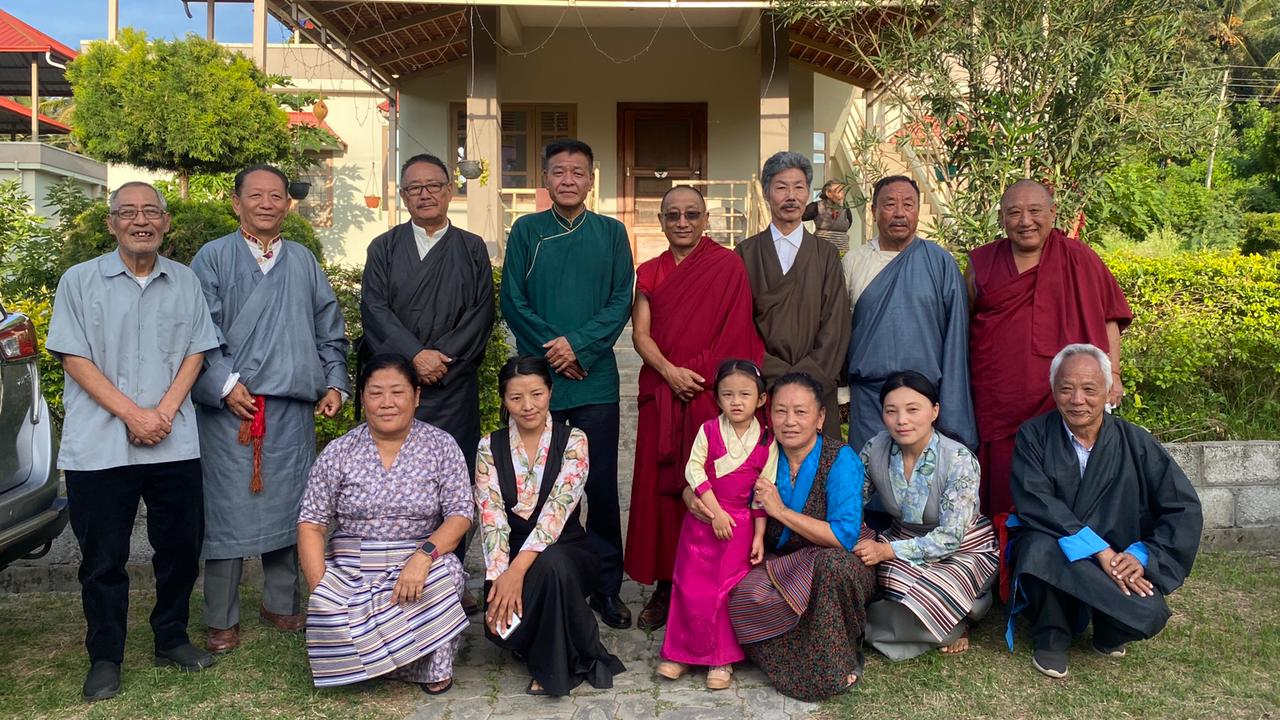 Sikyon Penpa Tsering at the residence of retired CTA officials. 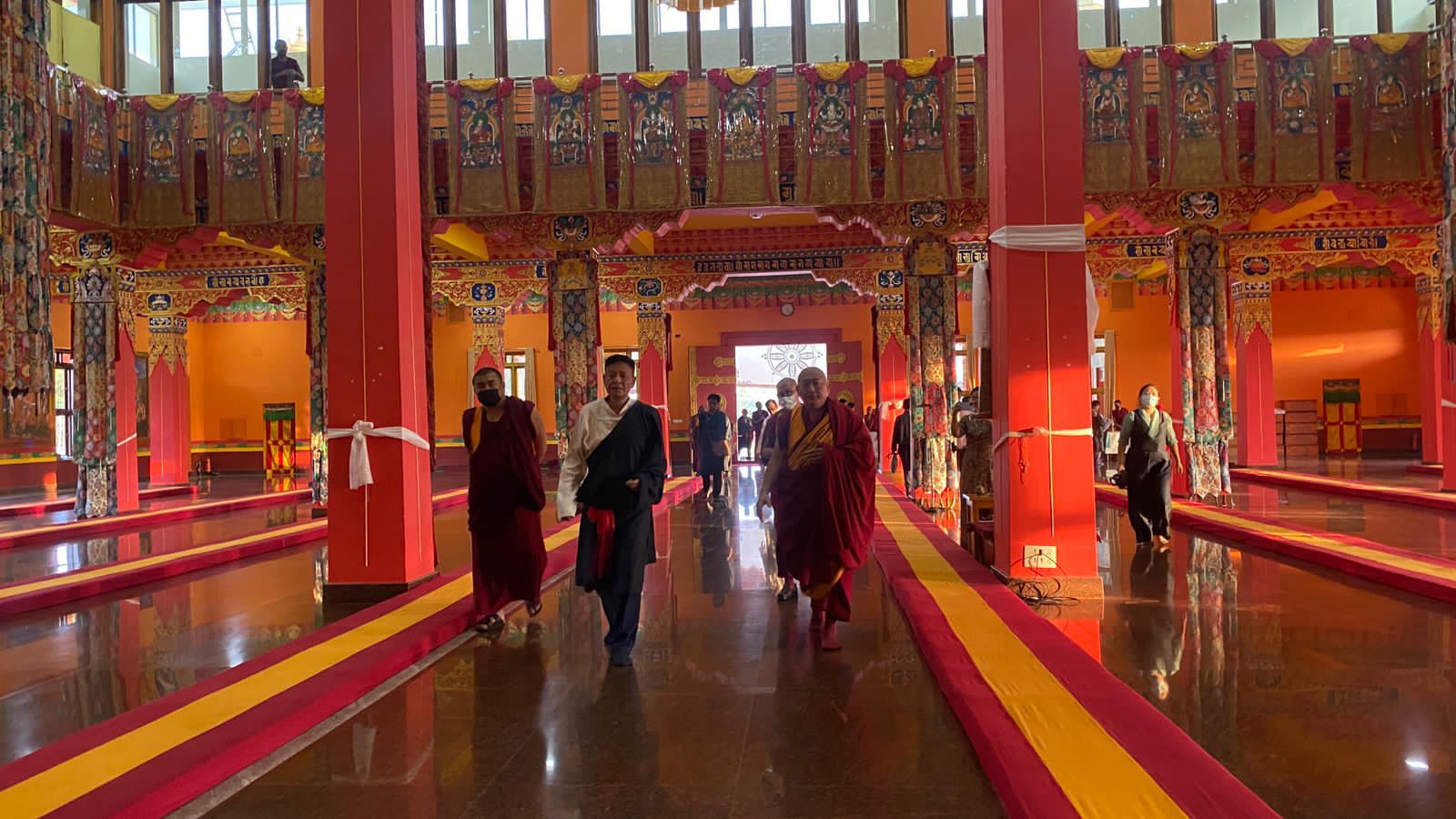 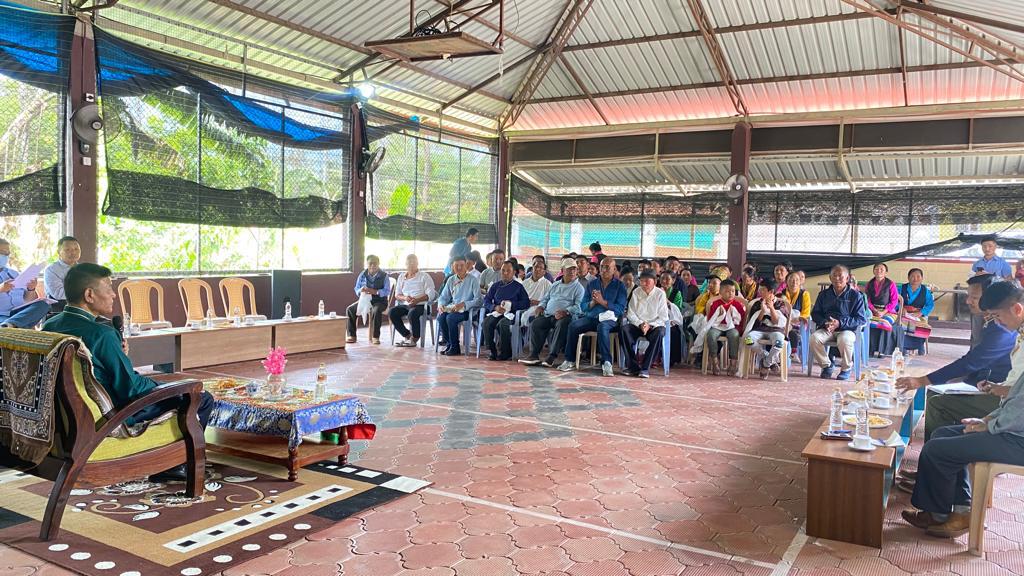 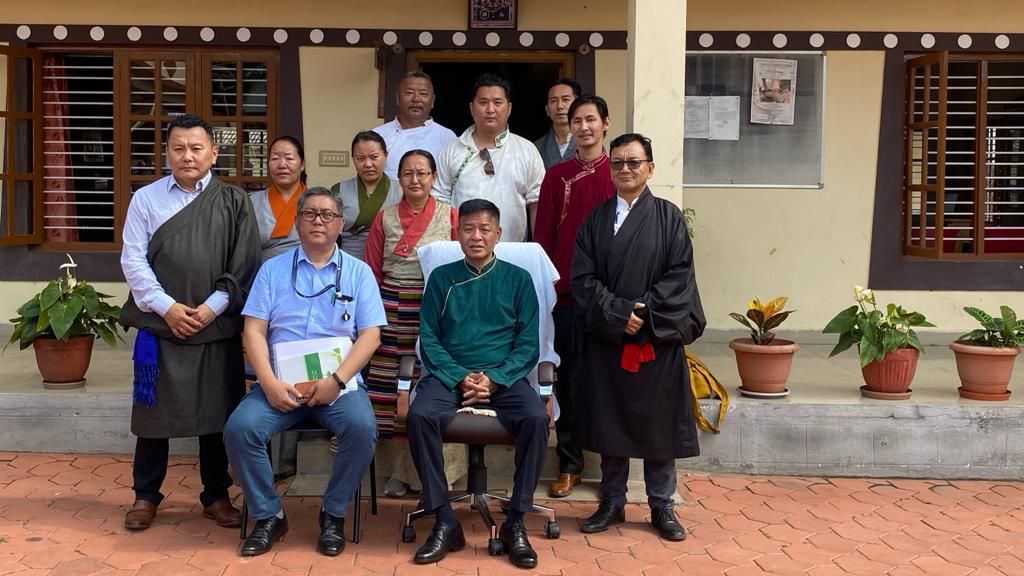 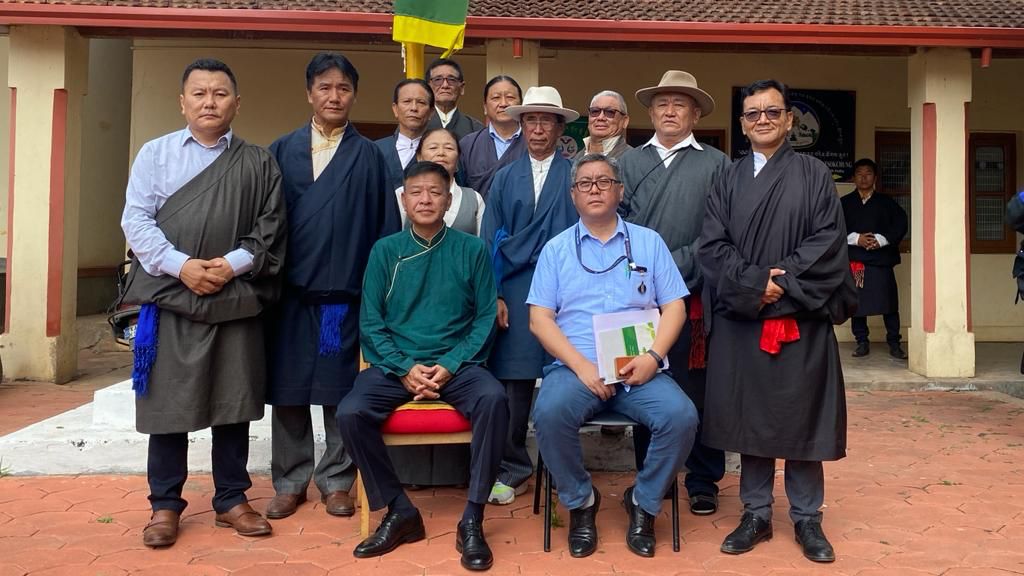