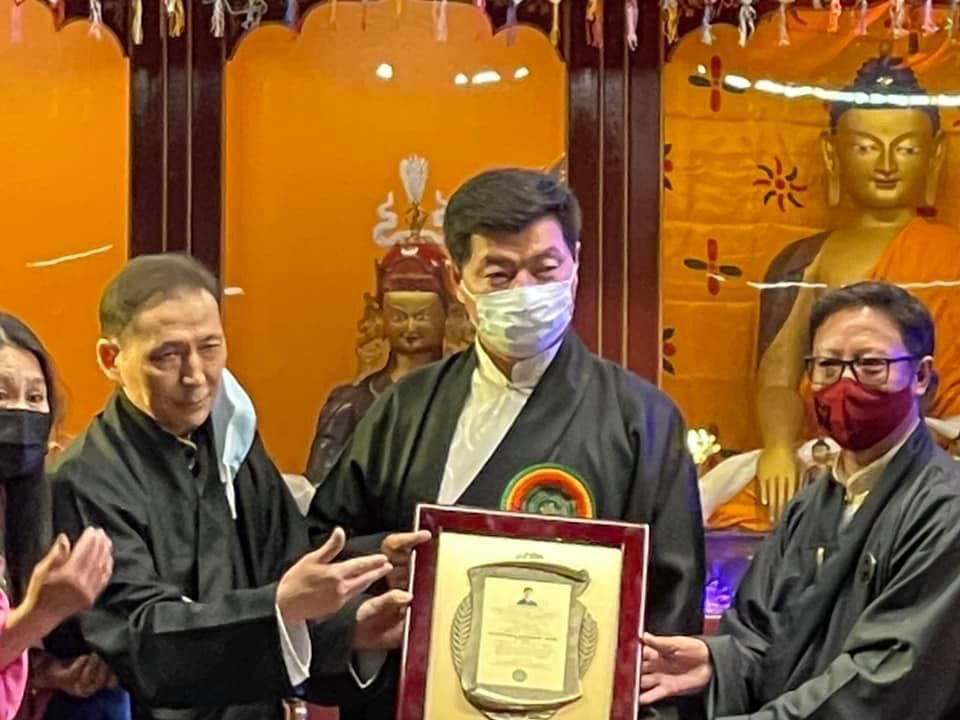 Dharamshala: The Tibetan Association of New York & New Jersey organised a memorable Thank You event for Sikyong Dr. Lobsang Sangay for his 10 years of dedicated service and excellent leadership on 24th April in the Phuntsok Deshi Community Hall. Dr. Sangay completes his second term as the Sikyong of CTA this May 2021.

In 2011, His Holiness the Dalai Lama devolved his political authority to the elected leader thus transferring the 360 years of Gaden Phodrang rule to the democratically elected leader of the people. Dr. Sangay is the first President of the Central Tibetan Administration through a popular election by the Tibetans in the diaspora.

In an elegant ceremony, the Tibetan Association of NY& NJ presented Phil-Jung -kyi Seng Tak (Award of Outstanding Leader) to Sikyong, followed by an Award and memento by the President of the Philadelphia Tibetan Association and an award by Chikdril Tsokpa.

Representative Tsering highlighted a few extraordinary contributions by Dr. Sangay while thanking Dr Sangay’s wife and daughter for the support.

At the event, A book titled “People’s Sikyong” authored by a former member of parliament, Jamyang Sopa was released by Representative Tsering, Sikyong, and President of the Tibetan Association of NY&NJ.

Meanwhile, Dr. Sanjay, while thanking the organisers, recounted some bittersweet experiences during the ten years of his service at the CTA. He mentioned all the contributions that he was able to offer were owned to the blessings of His Holiness. Recounting the recent meetings of the state department officials in the Office of Tibet-DC,  he explained it was a milestone in the diplomatic relations. He exhorted the Tibetans to be more united as a community and wished the new Sikyong and Kashag and Parliament to be more successful in every field stating that their success is the success of the Tibet movement.

In the evening, the Tibetan Associations organised a gala dinner in honor of Sikyong, which was a sold-out event. 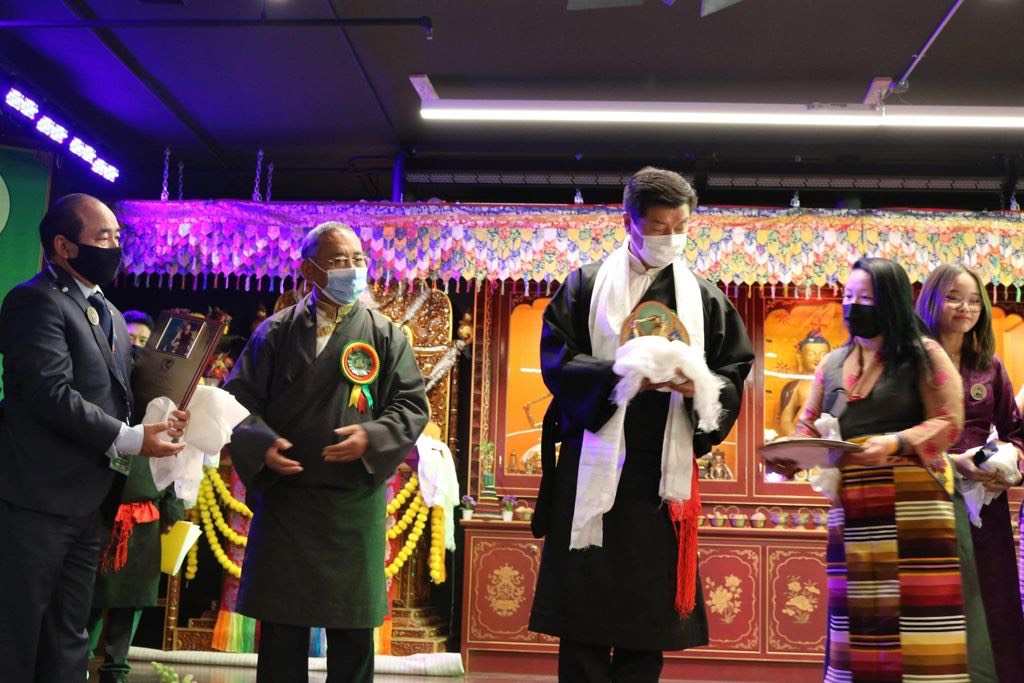 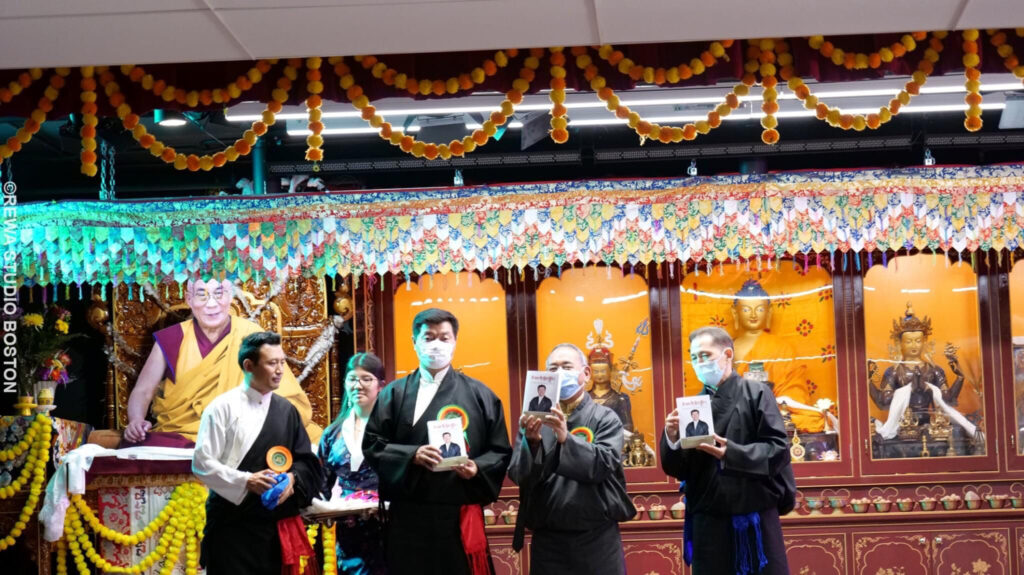 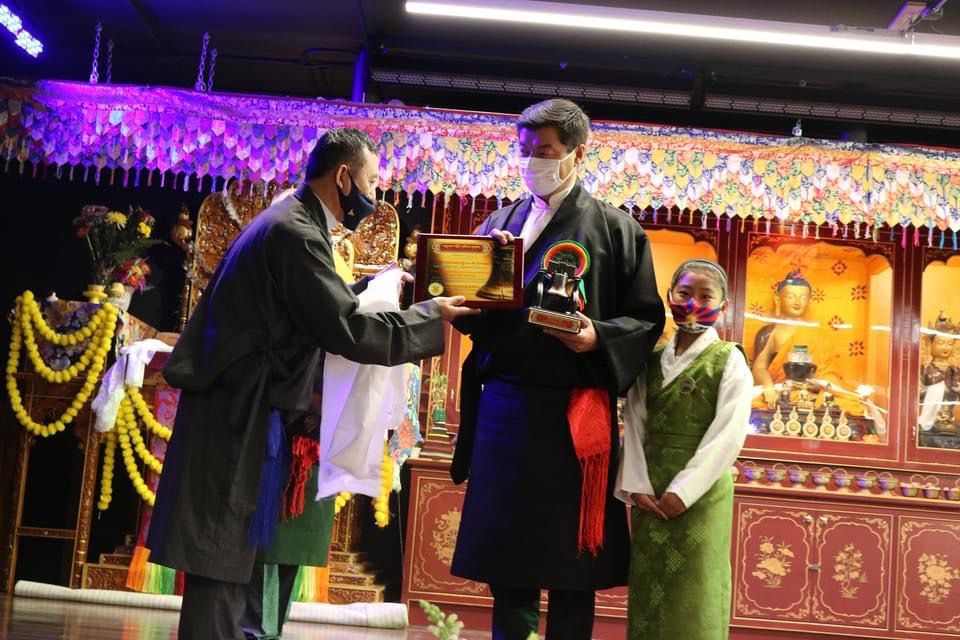 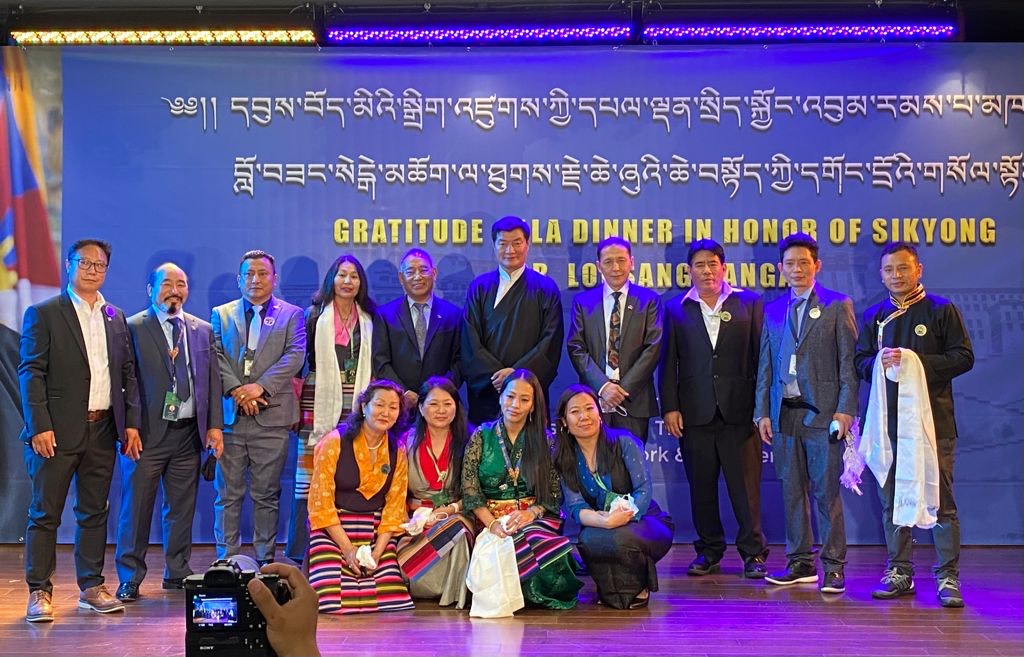