7 January 2021, Delhi: Descending down from the hills of Himachal Pradesh and bearing the wintery cold of North India, March for Freedom duo Tenzin Dhondup and Tenzin Nyima after marching for 65 days covering a distance of 1580 km reached Bodhgaya, Bihar in the evening of January 6. On arrival at the holiest Buddhist place, they received a hearty welcome from India Tibet Friendship Society (ITFS), Bihar led by Shri Krishna Vallabjee and Shri K. B. Yadav, Bodhgaya Tibetan Monastery monks led by Amchi la and Kusho Tenzin, Bodhgaya Temple Management Committee (BTMC), International Buddhist Council, All India Bhikshu Sangh and others. Later, they visited Mahabodhi Temple where they prayed to Lord Buddha for Tibet and well beings of Tibetans inside Tibet.

Next day, the peace marchers were received by Shri Sudesh Kumar Chandranvanshi, Regional Convener (Bihar, Jharkhand and Chattisgarh), Core Group for Tibetan Cause – India. Under his coordination, a press conference was held in the afternoon addressed by Tenzin Dhondup and Tenzin Nyima. They highlighted the media friends about their campaign march which has three main demands that are (I) Seeking urgent attention for the deteriorating environmental situation in Tibet; (II) The world must accept Tibet as an occupied country; and (III) China should be punished for the recent attack at the Indo-Tibet border by boycotting products made in China. They also shared about their journey till now, the support and help they received from Tibetans and Indians alike during the course of their journey.

After resting for two days in Bodh Gaya, Tenzin Dhondup and Tenzin Nyima will be continuing their onward journey to Nathula, Sikkim. 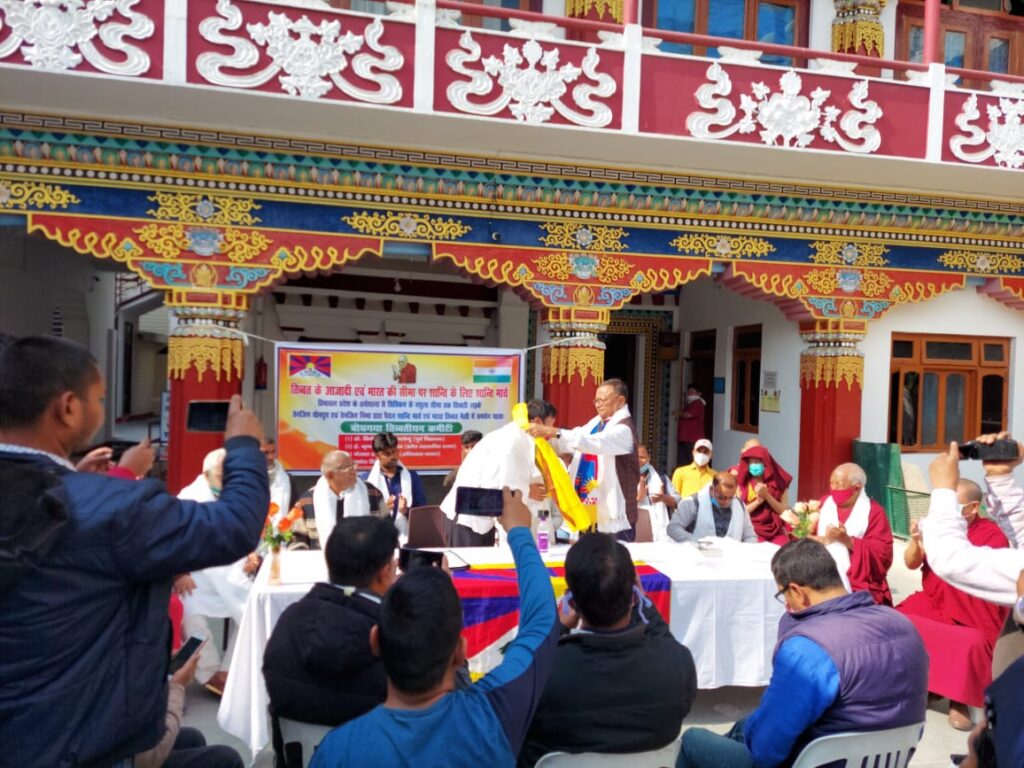 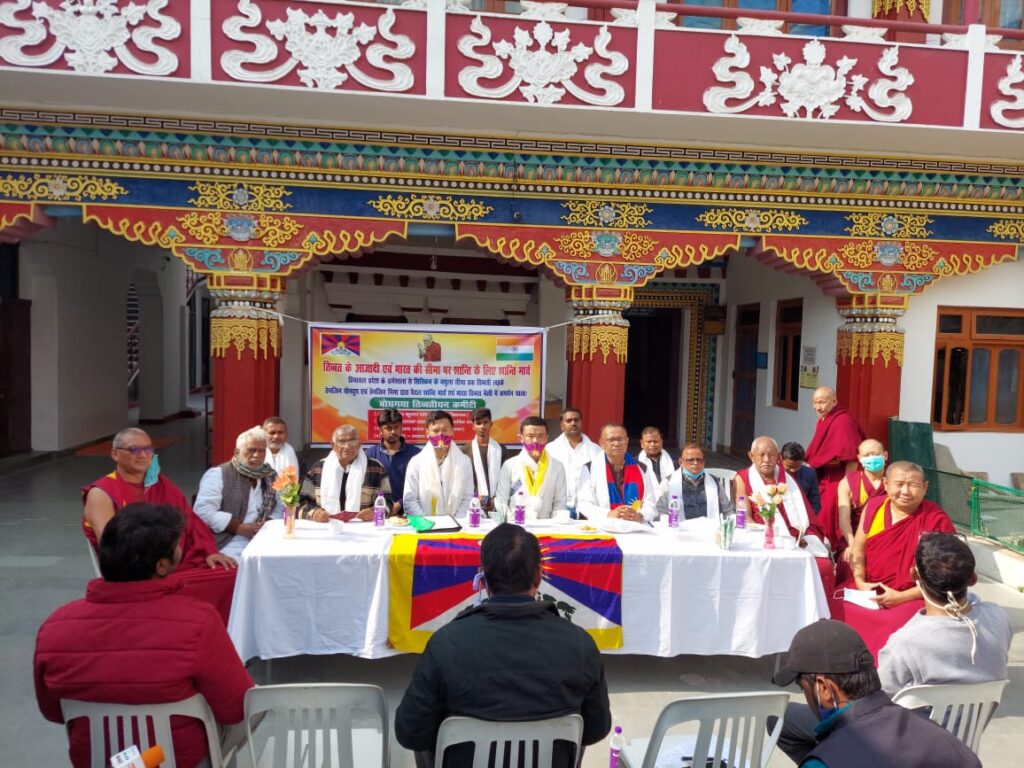 With Tibet Support Groups and others during the press conference. Photo/ITCO, New Delhi 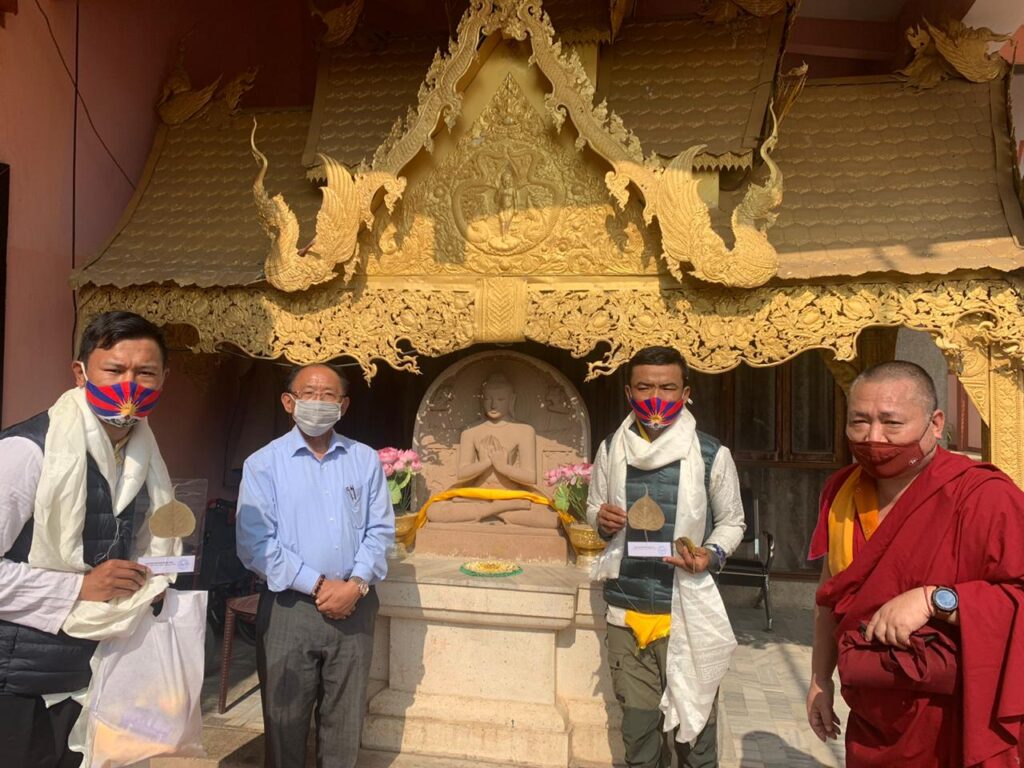 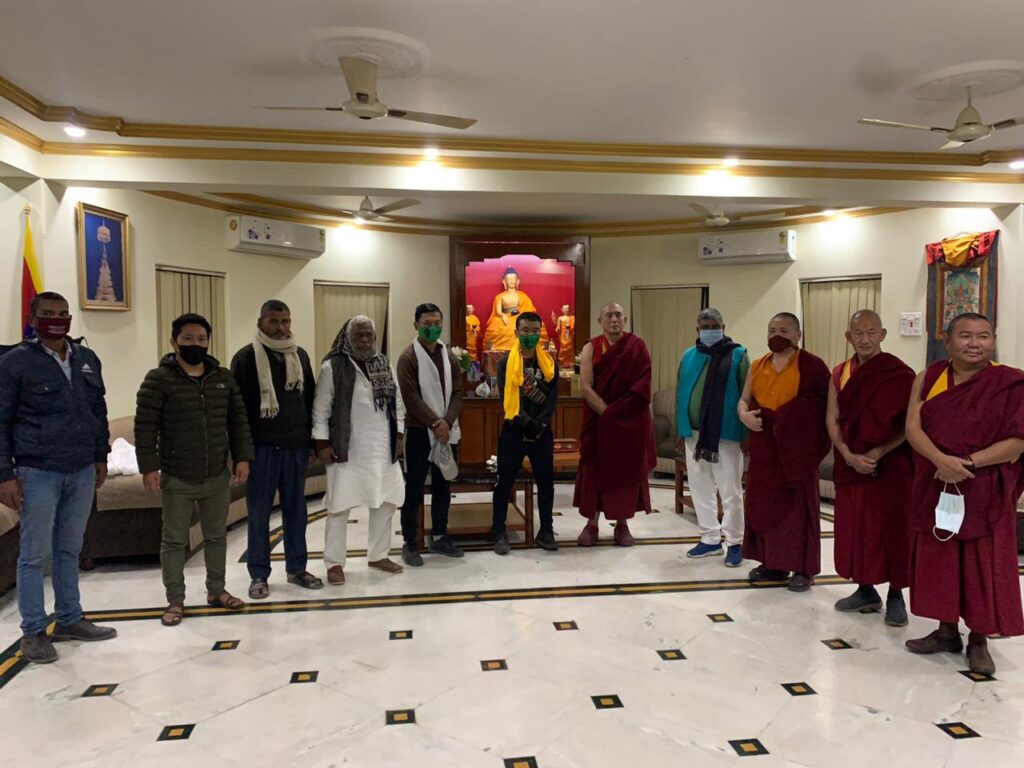 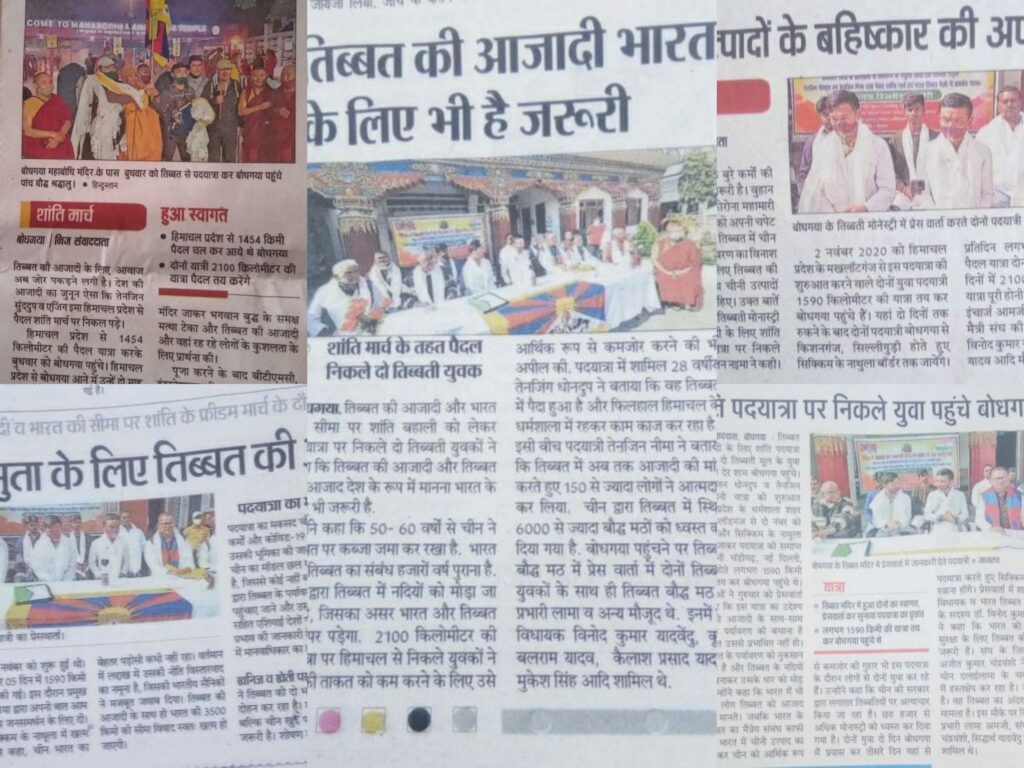