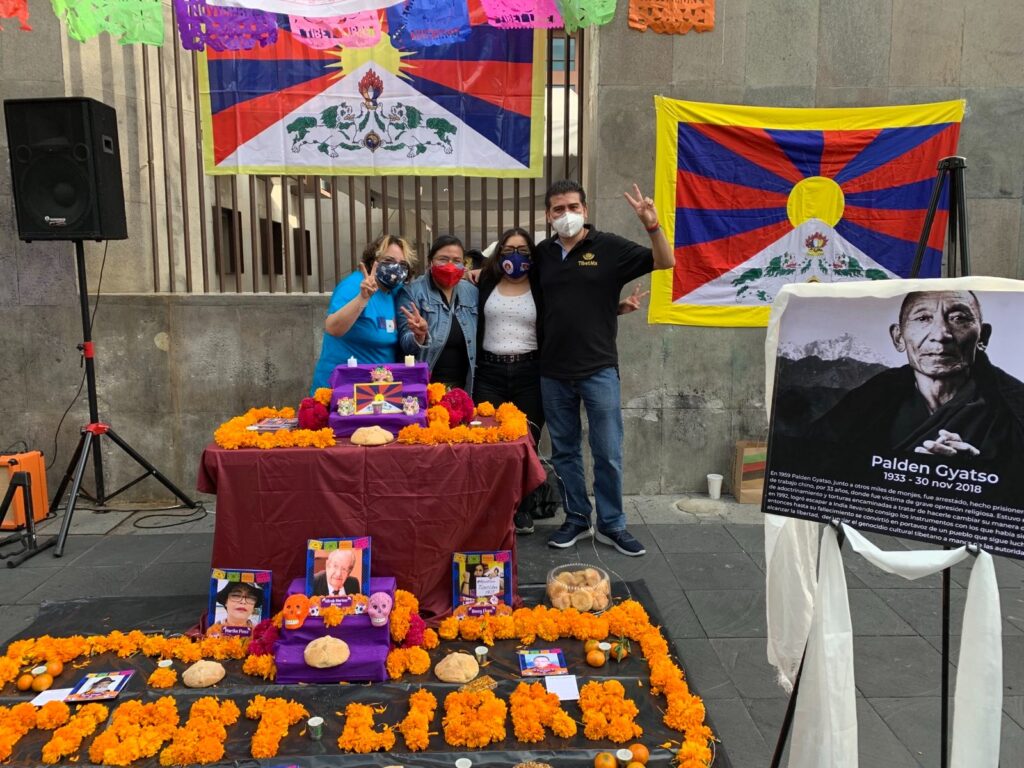 Dharamshala: The Tibet Support Group-Tibet MX in Mexico observed Ofrenda in honor of Tibetans who have been killed by the CCP since the invasion and annexation of Tibet. The Day of the Dead is a very important holiday for Mexican society, each year altars are prepared with photographs of relatives and friends who have died; food, bread, drinks, and flowers are offered to remember them and to keep their memory alive.

The Day of the Dead Ofrenda is held annually in front of the Ministry of Foreign Affairs building in Mexico City as a protest to the complicit silence of the Government of Mexico and to inform the population about the brutal human rights violations in Tibet. This year the Ofrenda was dedicated to the Venerable Palden Gyatso, to Dr. Alfredo Martínez Moreno, and to the Tibet Mx volunteers Martha Ponce and Nancy Flores who passed away this year and while alive they dedicated their efforts for the Tibetan cause.

The offering was visited by many pedestrians, the vast majority were unaware of the situation the Tibetan people are going through and were surprised to learn that in Tibet having a Tibetan flag or a photograph of H.H the Dalai Lama is enough to be accused of separatist and face severe penalties.

A rock group of street artists joined the offering and allowed Tíbet Mx to inform the attendees about Tíbet and the hostile behavior of the Chinese government, the “Ofrenda” allowed to inform thousands of people who walked in front of the Ofrenda.

Tíbet Mx is the support group for Tibet in Mexico and has been making this traditional Day of the Dead Ofrenda for more than 12 years. 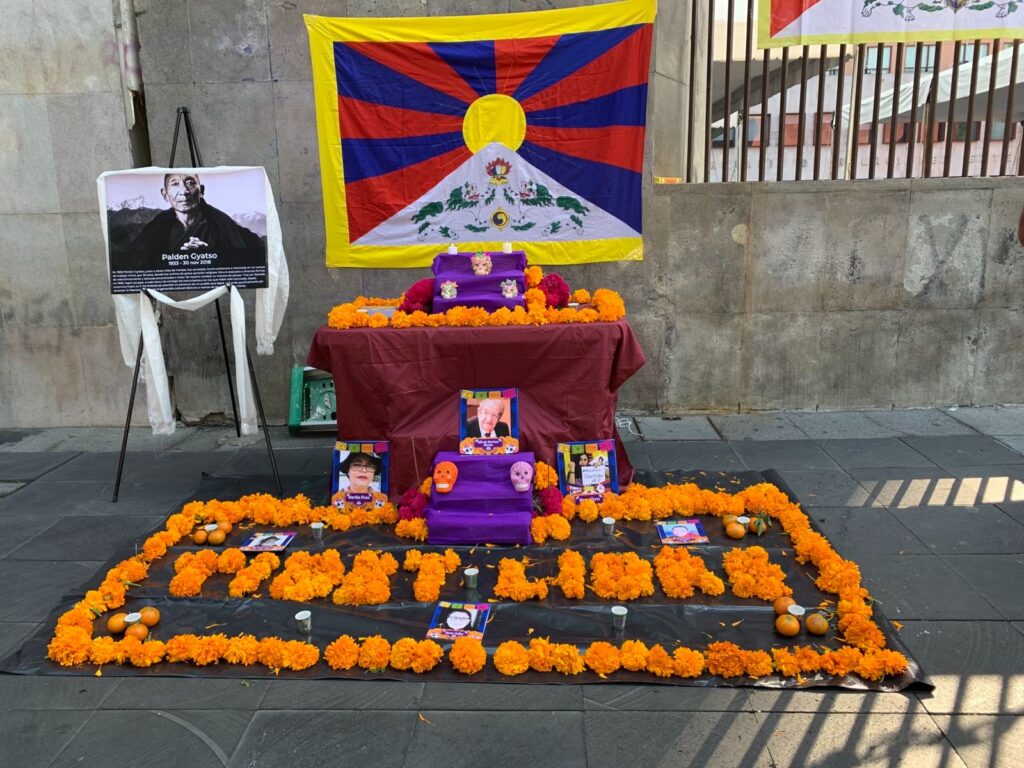 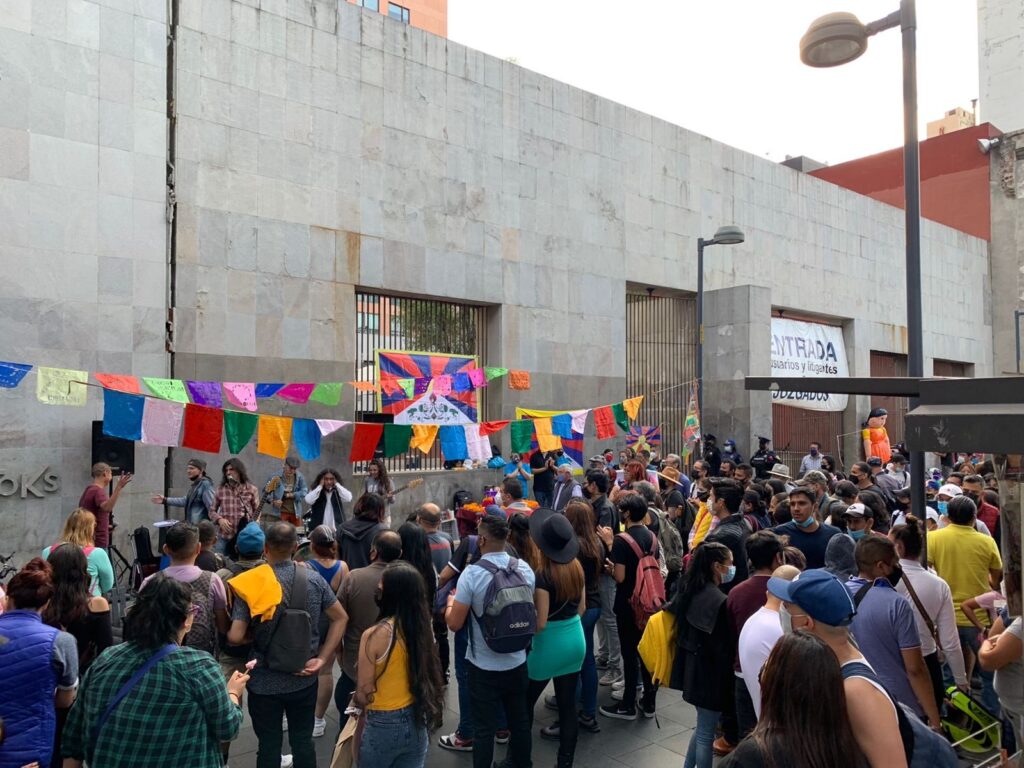