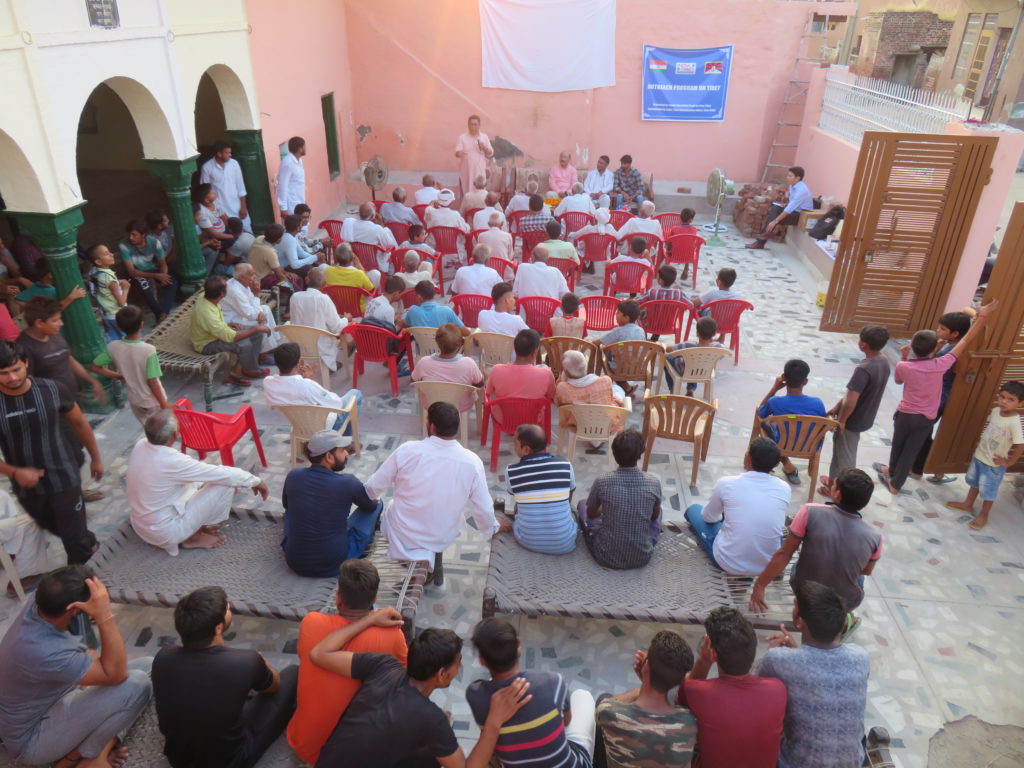 Haryana: A Tibet Outreach Program titled ‘Importance of Tibet for India’’ was held at Kharman Village of Jhajjar Distt in Haryana in the evening of 19 September 2019. The program was organized by Youth Liberation Front for Tibet (YLFT), a Tibet Support Group based in Haryana in coordination with India Tibet Coordination Office, New Delhi.

The chief guest of the program was Shri R. K. Khrimey, National Convener, Core Group for Tibetan Cause – India. The organizers felicitated the chief guest with the traditional Haryanvi turban.

At the outset, Mr. Jigmey gave the introduction of the program. He briefed the gathering about Tibet and its present situation. He expressed gratitude towards Narender Chaudhary, Chairperson of YLFT and Regional Convener of Core Group effort to organize such program here. Mr. Jigmey introduced his staff to the people in a way of telling stories of Tibet. He asked the people about their village in order to get well connect with them and let them know about Tibet. 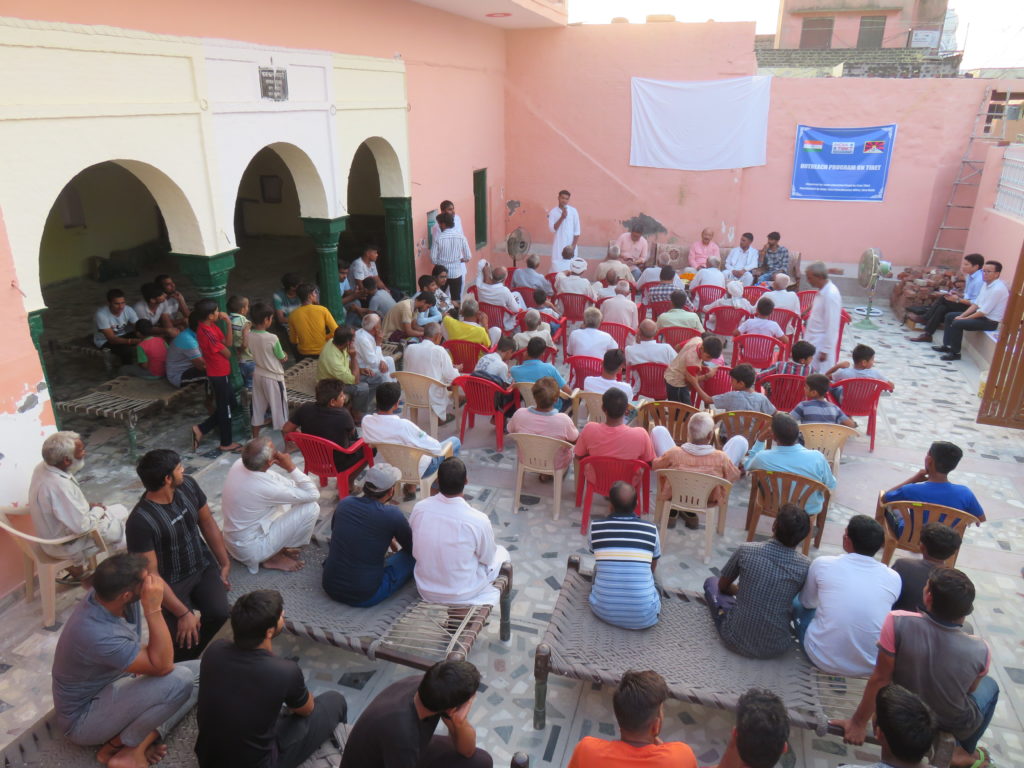 Vinay Chowdhary, professionally pursuing veterinarian science and one of the organizers speaking during the program. Photo/ITCO

Vinay Chowdhary, professionally pursuing veterinarian science, and one of the organizers of the program told the gathering how China has captured Tibet and what’s the importance of Tibet for India. Gaurav Nandal, another organizer of the program highlighted the ill effects of Chinese goods and products coming to India like plastic rice affecting health as well as the economy of the country. This was a message to his fellow people not to buy Chinese products and fully boycott it.

Shri R. K. Khrimey in his address to the gathering said “I am happy to be here in Haryana. At my hometown in Arunachal Pradesh, there is Army Cantonment. When interacting with some of the army, I meet your people there. They would say they are from Haryana. So it’s a good feeling”.

Speaking about Tibet, R. K. Khrimey mentioned that first all India Tibet Support Convention was held in Calcutta (now Kolkata) in May 1960. After that, the Parliament of India passed a resolution to support Tibet. Since then we are in support of Tibet.  He said that Tibet is geographically and culturally linked to India. In his words, “I am from the region where India and Tibet’s border lies. Before 1959, there was no such army stationed. But today we need lots of army and strength to safeguard the border. As such lots of money spent on border security. If Tibet was free, there was no need for such army and expenditure.” 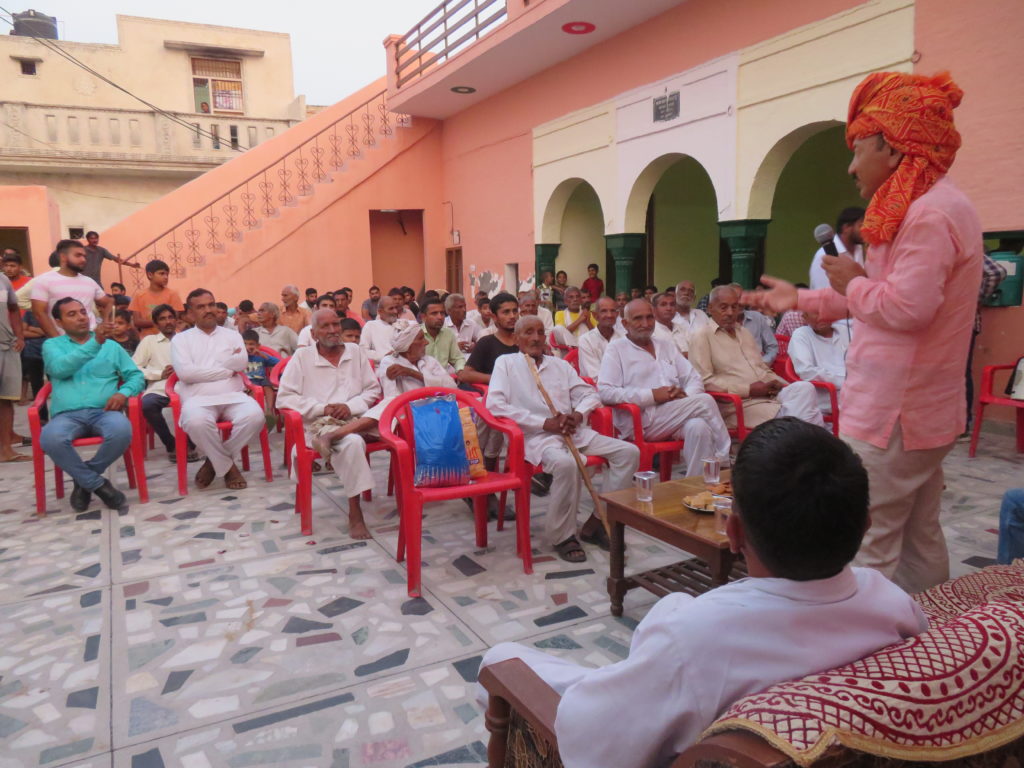 Khrimey ji highlighted the people about the situation in Tibet. Anyone who raises voice is put in prison. So people in a free country like India need to raise voice. He further told the gathering about the environmental damages being carried out by China which will have great consequences in India as Tibet is the source of major rivers which flow down in India.

He points out that there are around 20 to 30 Tibet Support Groups in India and one among such group is led by Narender Chaudhary here in Haryana.“All big things start from small things, so we all should start supporting the Tibetan cause for peace, justice and truth” he concluded.

Later a documentary titled “What’s going on in Tibet?” was screened to the public. It showcased the situation in Tibet and inhuman treatment of Tibetans by the Chinese. Some books and pamphlets related to Tibet were also distributed to the public. There were around 150 people ranging from children to old men who attended the program.

In the end, Shri R. K. Khrimey offered the organizers with traditional khatak as a token of appreciation for their work towards the good cause of Tibet. 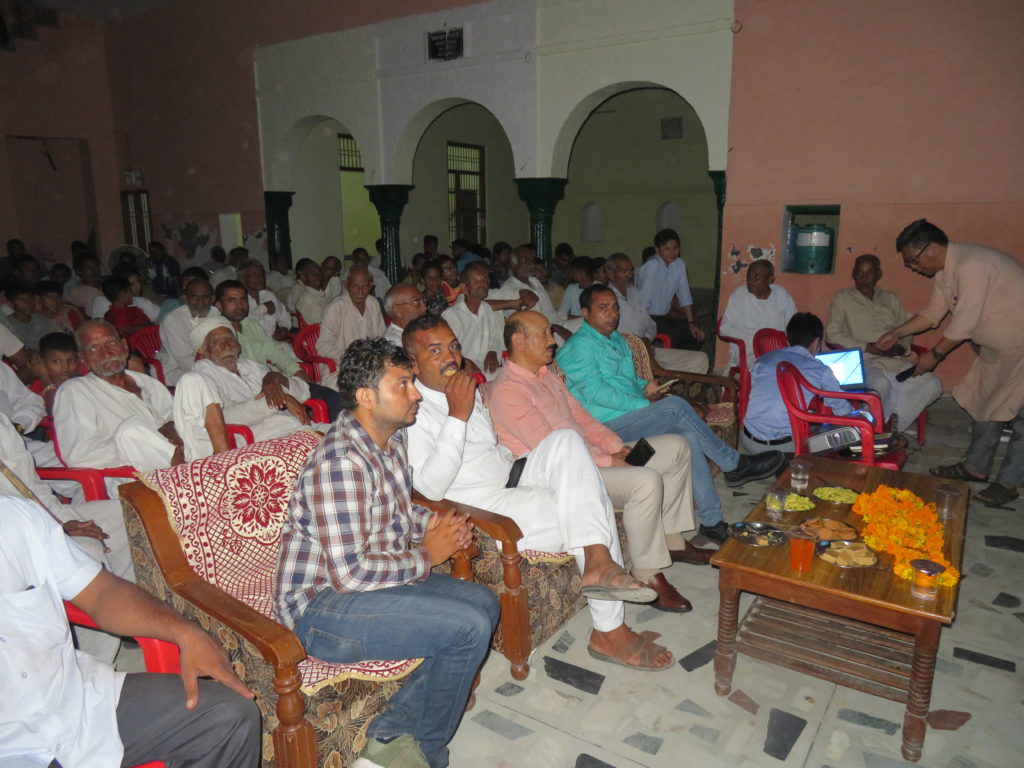 The guests and pubic during the screening of a documentary titled “What’s going on in Tibet?” Photo/ITCO 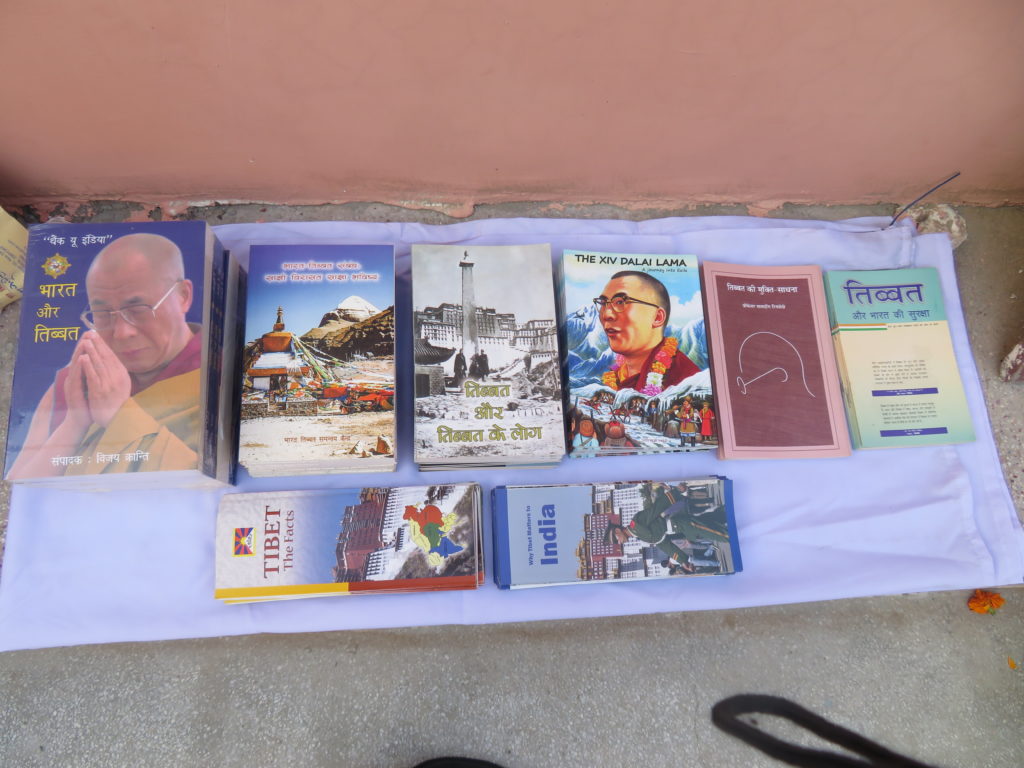 Tibet related books for free distribution during the program. Photo/ITCO