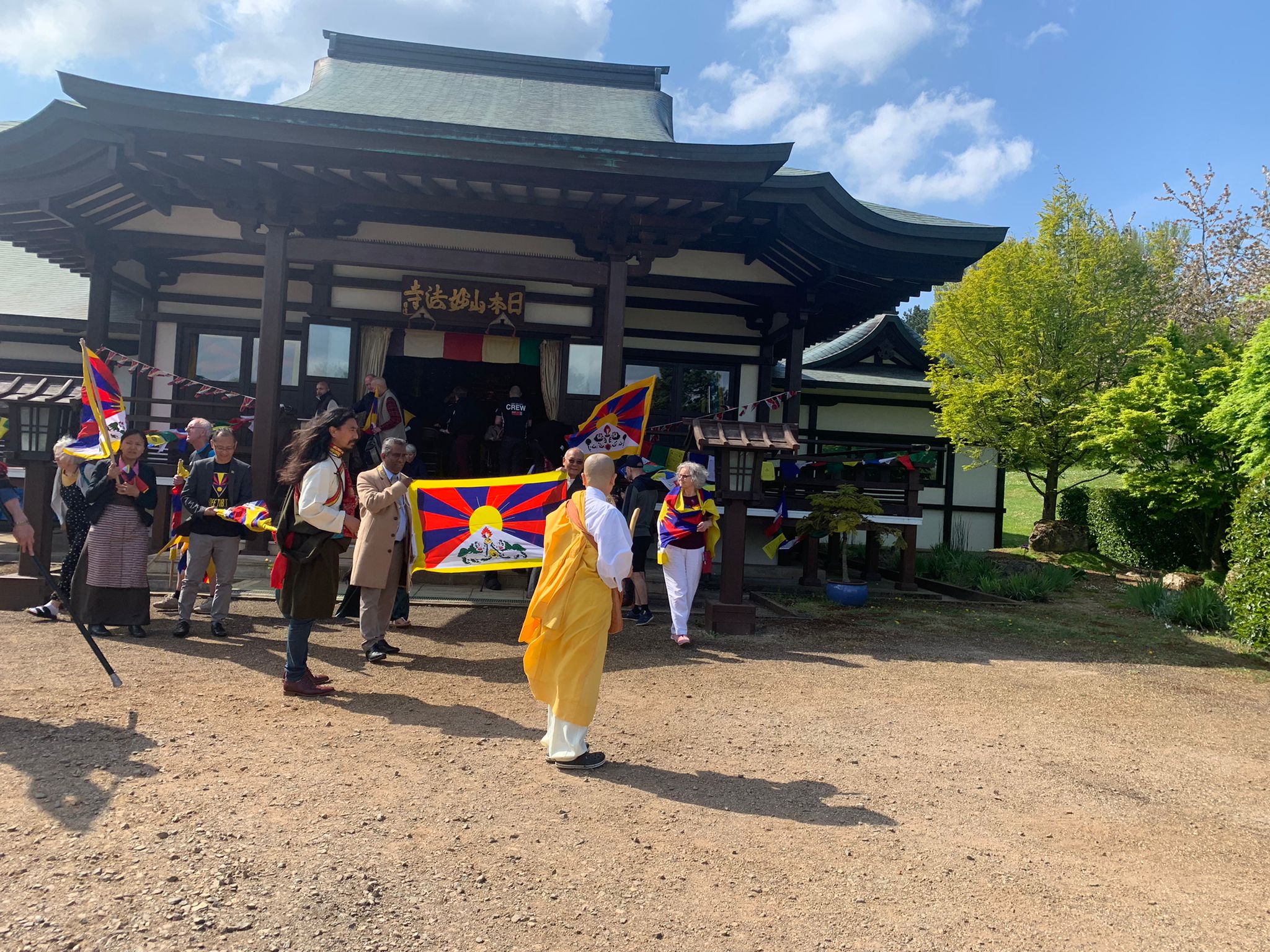 Tibetan national flag-raising event held at Milton Keynes in the northwest of London.

London: The formal ceremony of the Tibet national flag-raising event was held on Sunday, 24th April 2022, inside the Nipponzan Myohoji Buddhist temple in Milton Keynes, located 50 miles northwest of London. This is the ninth year in a row that the Tibet national flag-raising event is observed by a local resident Ms Catherine Mostyn Scott and her team of dedicated volunteers.

In the presence of its first citizen Councillor, Mohammed Khan, the Mayor of Milton Keynes, Ms Catherine Mostyn Scott hosted more than 80 people inside the temple for the event and briefly explained the importance of the annual flag-raising event citing the 2022 Freedom House report which ranked Tibet as the first least free country in the world with least freedom score compare to Syria and other countries in the world.

The event was attended by Representative Sonam Tsering Frasi, Mayor and Mayoress of Milton Keynes, Tenzin Zeydhan, staff of Office of Tibet, sister Maruta, the nun of the temple, Tenzin Kunga and Namgyal Tarab from Free Tibet, Catherine’s family with local residents in MK.

Addressing the ceremony, Representative Frasi thanked the Mayor and Mayoress, Catherine’s family, sister Maruta and other attendees for their presence and solidarity while urging them to continue the same.

Stating the analogy between what has happened to Ukraine this year and what had happened to Tibet in 1950, he said the similarity of the crisis between both was much alike.

“Holding this flag-raising event is such a huge inspiration for Tibetans inside Tibet and for the continuation of Tibetans identity for the generations to come. As we believe that the truth should prevail in the end. The national identity symbolised by this flag will carry on with the Tibetans”, the Representative added.

The Mayor of MK expressed how privileged he was to be attending and meanwhile shared his personal story as a Bangladeshi and the struggles faced by his people for independence.

“Fighting for freedom and having your flags standing tall is one of the best things in the world one can have,” he said and further added, “many occupations happening in the world and as the first citizen of MK where 75 different languages are being spoken and with every people living side by side so peacefully, I like to state to all the occupying countries that freedom is there for everyone”.

He expressed that being the mayor of MK, he was deeply honoured to support and stand in a peaceful place in a peaceful demonstration and assured his continuous support.

During the event, Tenzin Kunga from Free Tibet addressed the gathering on the current situation in Tibet and also highlighted about 11th Panchen Lama’s 33rd birth anniversary and his enforced disappearance.

Sister Maruta in her address said “civilisation is not about having electric lights or Aeroplanes or nuclear bombs, Civilisation is not to kill people, not destroy things and not making war. Civilisation is to hold mutual affection and respect each other. Today we stand together to honour the civilisation of Tibet, the spirit of Tibet and the identity of Tibet”. 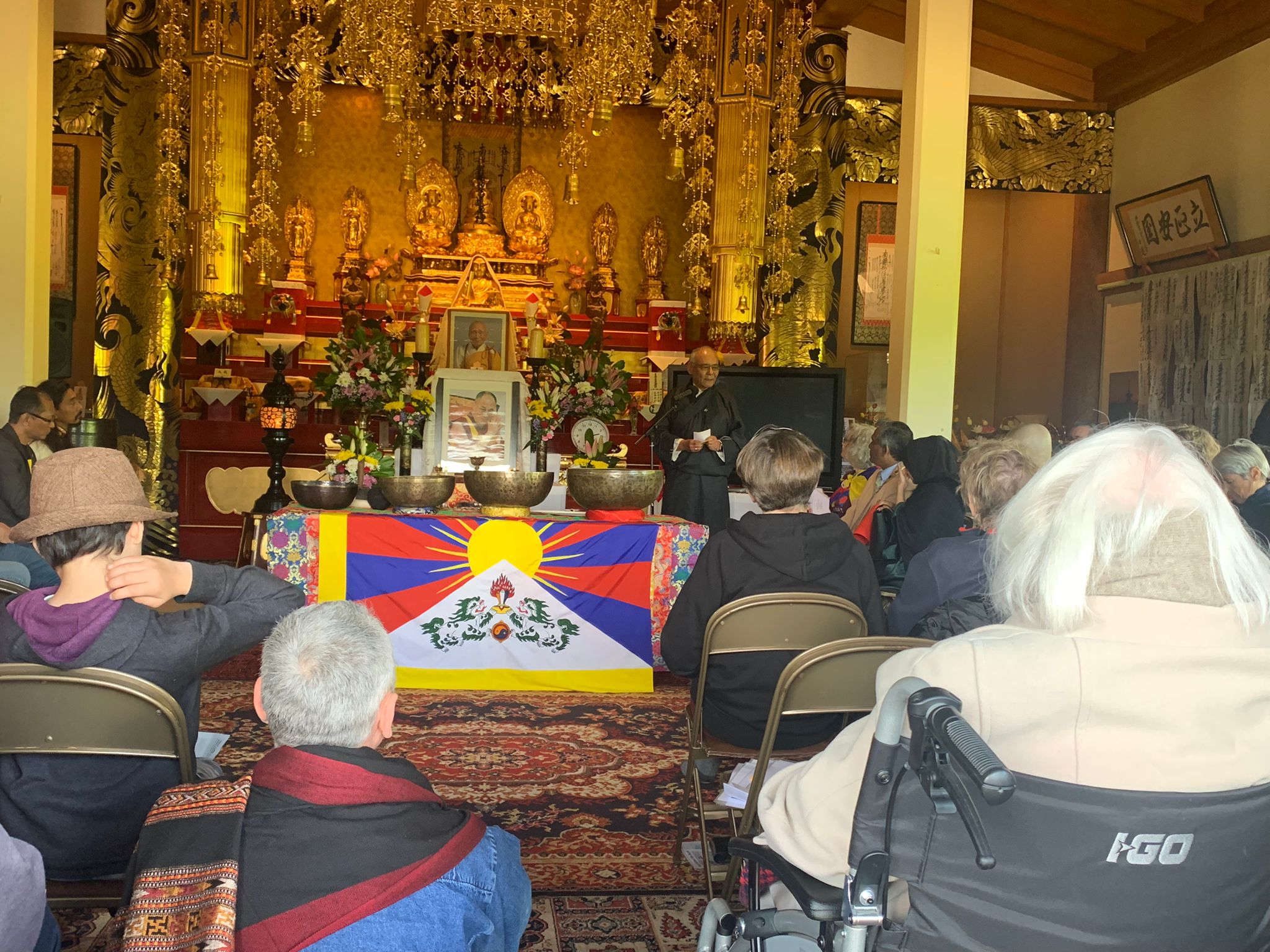 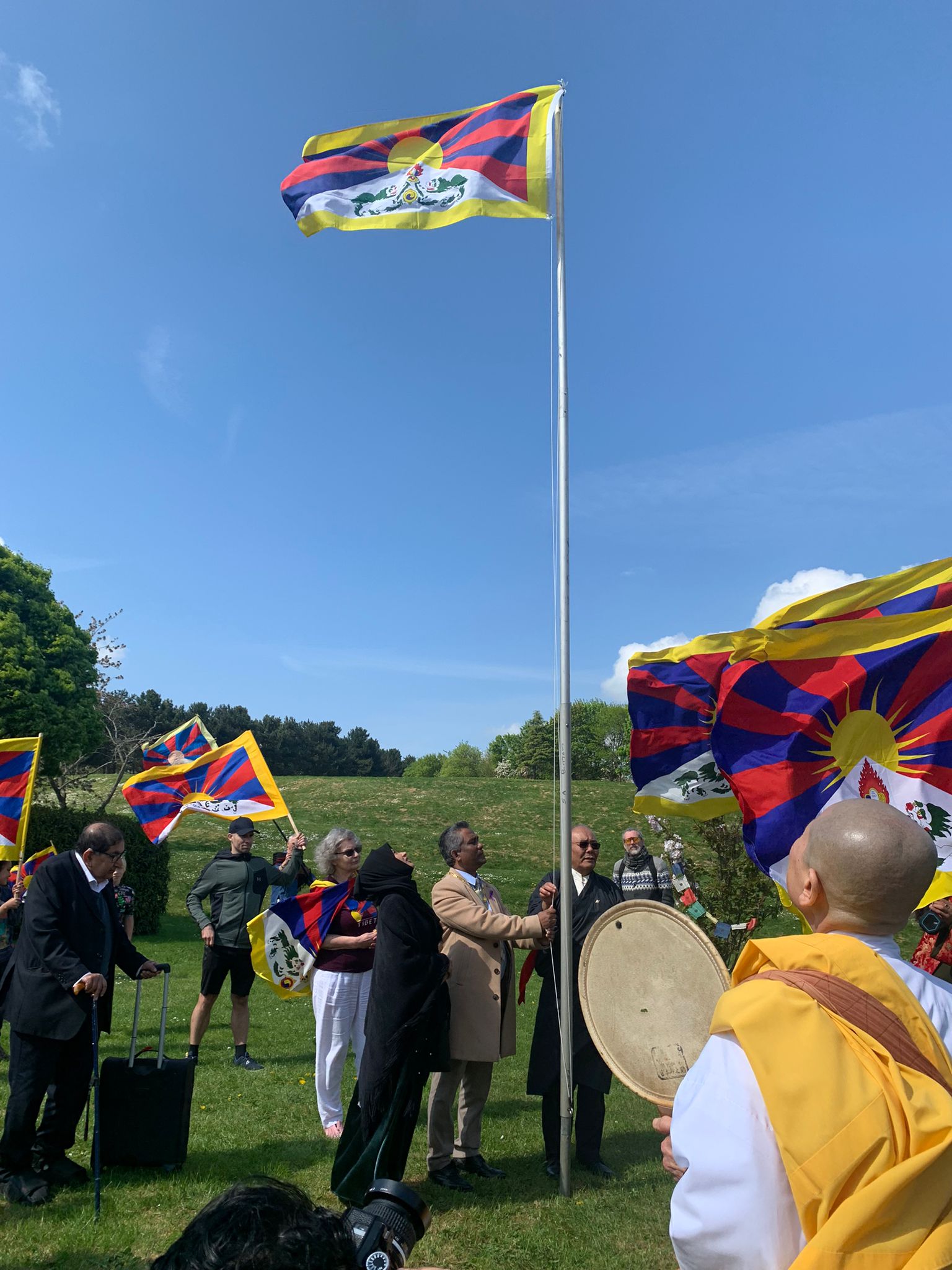